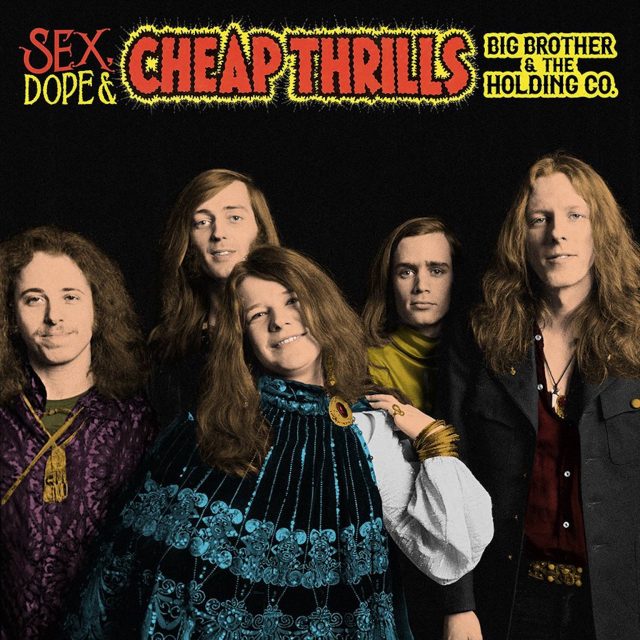 If anybody deserves a do-over, it’s Janis Joplin. And with their entry into this fall’s parade of 50th-anniversary reissues, she and her bandmates in Big Brother and The Holding Company get one that’s long overdue. Back when they released their second and final album together in 1968, they wanted to call it Sex, Dope & Cheap Thrills — but the record company wasn’t having that, so they lopped off everything but the last two words of that title. Then, to add insult to injury, they mixed audience sounds into the tracks to fool people into thinking it was a concert album (reportedly to capitalize on the San Francisco scene’s live reputation). Finally, just to add another bit of confusion, they tacked one actual live song onto the end of the disc. Half a century later, the powers that be are finally straightening out the mess. But not in the way you think. Instead of simply presenting the original songs again, this expanded reissue reimagines the album by resurrecting alternate versions from the sessions — than adds about 20 more rarities from the same sessions. So you get multiple takes of Summertime, Piece of My Heart, Turtle Blues and others, along with no small amount of between-song studio chatter. Granted, none of these versions differs drastically from the ones you’ve heard a million times — but high-quality, high-velocity hippie-blues nuggets like Catch Me Daddy, Misery’n, How Many Times and Roadblock more than make up for that. And speaking of going the extra mile, Joplin is her usual full-tilt boogie powerhouse here, putting just as much heart, soul, passion and pain into Take 9 as Take 1. She supplies all the thrills you need — and more.