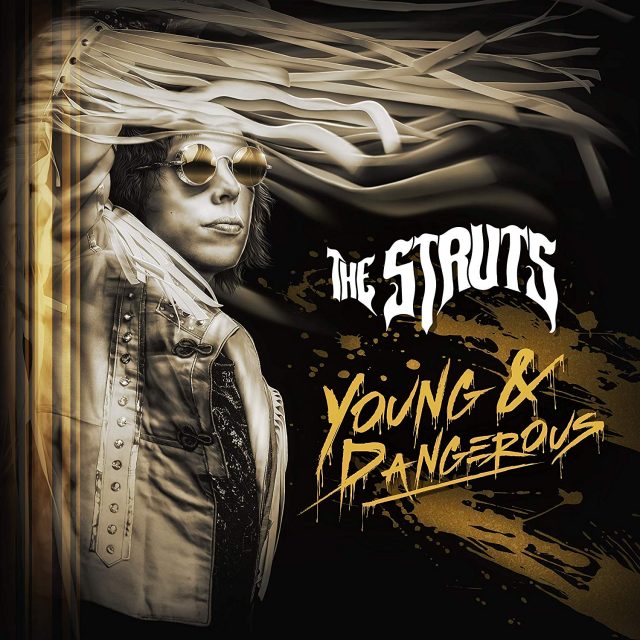 You know what they say: There are no coincidences. And when it comes to the timing of this album, they’re right. In what can only be described as one of the smartest musical marketing moves of the year, Young & Dangerous, the sophomore album from British retro-rock revivalists The Struts, has arrived the same week as the Freddie Mercury biopic Bohemian Rhapsody. Which means that every Queen fan who’d like something new to play after their BH soundtrack has to look (and listen) no further than uncanny Freddie soundalike frontman Luke Spiller. But don’t sell The Struts short; they’re a long way from a coattail-riding nostalgia act. Nor are they some cheap hard-rock parody. Sure, they have no problem stacking infinite harmonies and guitars to construct the sort of bombastically grand (and grandiose) ’70s arena-rock anthems you’d expect to go with Spiller’s gritty snarl and high-flying falsetto — not to mention song titles like Body Talks, Primadonna Like Me and Bulletproof Baby. But they also aren’t scared to update the decor with Slade-style glam-stomp, disco-floor dance-rock, yelpy neo-blues, bass-heavy electro and even an occasional sax solo. In short: Buddy, they make a big noise. And they will rock you.