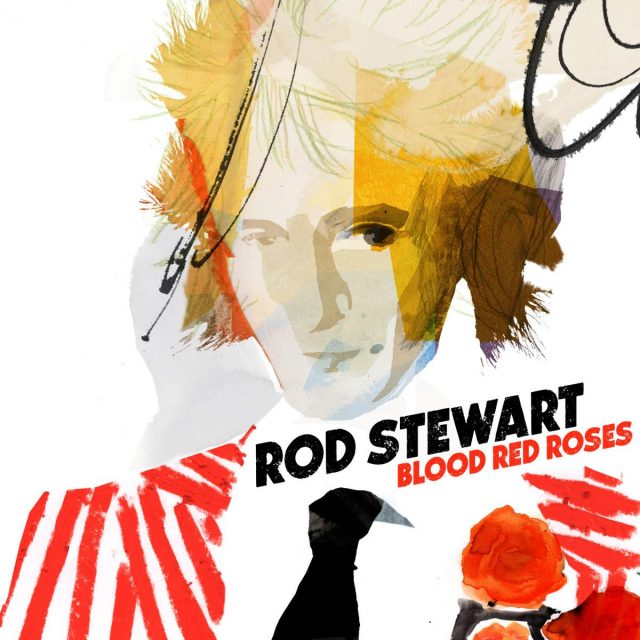 “I‘m a lazy git, this I must admit,” rasps Rod Stewart a few minutes into his 30th studio album Blood Red Roses. There was a time not long ago when no one would have disputed that statement. But not lately. After spending most of the past decade milking The Great American Songbook and assorted classics in other genres, Rod the Sod has been undergoing a weird and completely unexpected late-career artistic renaissance and creative rejuvenation. Blood Red Roses is his third album of new original material in a little over five years, following a 20-year break in songwriting. Now, let’s not ignore the obvious: Nothing he’s penned in the past half-decade is going to hold up next to his classics from the old days (especially the old Faces days). But you have to give the guy credit for picking up his pen and getting back in the game. And also for changing the rules as he goes. Along with the expected pop-rock anthems, soul ballads and Celtic-folk fare, Blood Red Roses finds him spreading his wings on neo-blues, old-school disco, a radically retooled Sinatra standard and even reggae. The production is equally eclectic, thanks to another of Stewart’s new moves: He’s abandoned the recording studio in favour of cutting songs on a laptop while touring. Admittedly, some of these tracks sound like it, with keyboard-heavy arrangements that could benefit from being beefed up sonically and instrumentally. But again, full points for being willing to change his tune at this stage of his life and career. One thing he won’t change: At age 73, when so many of his contemporaries are on farewell tours, Stewart has no plans to give up the road. At the rate he’s going, it’s only a matter of time until he teams up with Cardi B.