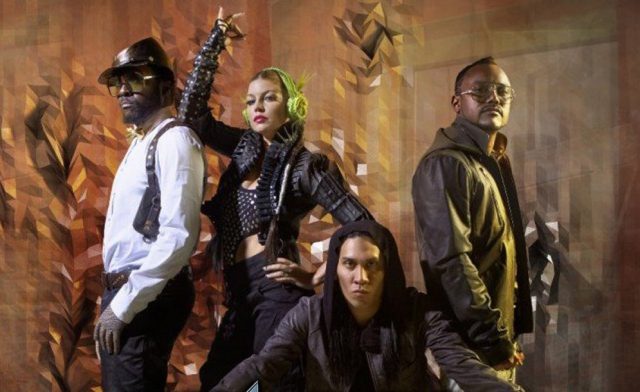 This week in Reunions Nobody Really Asked For: The Black Eyed Peas — or at least will.i.am and the other two dudes — have reportedly resurfaced and released their first new music in eight years. Coincidentally, it’s been just over eight years since I reviewed their concert at Winnipeg’s MTS Centre. Also coincidentally, that show happened to take place during the 50th anniversary celebrations for Dr. Seuss‘s children’s classic Green Eggs and Ham. And since peas and ham go together, I wrote the review in the style of Seuss. Hey, it all made sense at the time. Anyway, here it is for your reading pleasure:

I cannot stand their Boom Boom Pow
Their music makes my head go ‘Ow!’
Their lyrics? Brainless as a cow
But I dug their concert anyhow

The hip-pop stars played MTS
How many fans came? Can you guess?
12,000 and more came, they did
Most were women; lots were kids

Outside in the arena hall
It felt just like a shopping mall
On and on the promo went
Smart phones, rum and Fergie’s scent

Shirts and programs sold all right
And many things with flashing lights
Glasses, bracelets, pendants, more
They twinkled all across the floor

The tour is called The E.N.D.
Energy Never Dies — you see?
Who knows what that is all about
It sounds cool, there is no doubt

And speaking of some energy
They used tons, believe you me
To power all their high-tech gear
That stretched from here to there to here

Graphics on the giant screen
Lasers: Blue and red and green
Wind machines and dry-ice fog
You’d think they played some crazy prog

Dancers and a five-piece band
On a giant lighted stand
In short: A show beyond belief
And one fat guy for comic relief

A robot voice, it introduced them
A giant platform rose to boost them
They opened with Let’s Get it Started
(They don’t say the word Retarded)

The bass, the bass was really whumping
Beats and beats were really thumping
Their infectious grooves were pumping
And the whole crowd started jumping

They played all their biggest songs
They didn’t play some for too long
’Cause this was more about the show
Than the music, doncha know

First he did a freestyle rap
He did it fast, so fans all clapped
Then came his robo-DJ set
That was pointless as it gets

Is this one really named Tattoo?
Or should it really be Babu?
Should I call the other Snapple?
Or perhaps it could be Frapple?