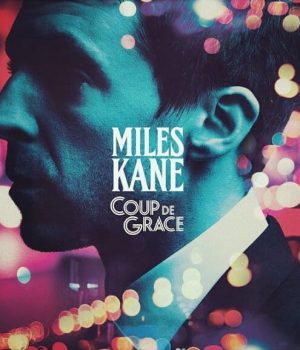 Some guys need to reinvent the wheel. Others are content just to let it roll. Anyone who’s spent any time listening to the work of Miles Kane — be it with scrappy early bands like The Little Flames and Rascals, his poppier partnership with Alex Turner in Last Shadow Puppets or his stylistically nostalgic solo outings — already knows which side he’s on. And how they feel about it. Unsurprisingly, that’s also how they’ll likely feel about the British singer-guitarist’s third solo throwback Coup De Grace. Not that there’s anything wrong with that. Of course, there’s also nothing wrong — not in my books, anyway — with an album that efficiently, effectively and enthusiastically mines a glittery vein of classic glam, pop, punk and more. Kane runs those bases and more on this lean, fast-paced outing, which was mostly co-written with fellow British indie-king Jamie T (though Lana Del Rey also helped out on one cut). The ironically placed Too Little Too Late kicks off the party with pumping post-punk laced with snotty vocals. Cry on My Guitar bangs a gong and gets it on. The sleekly grooving Loaded winks at All the Young Dudes. Other cuts offer up anthemic indie-rock, Sandinista!-styled funk-punk, reverberating blue-eyed soulmanship, chugging post-punk angularity and more. Admittedly, none of it is going to change your life. Ditto your opinion of its creator. But it will keep you decently amused for a half-hour or so, and maybe lodge a couple of songs in your noggin for the short term. And really, should we be asking more than that from the likes of Miles Kane? Or should we just be content to let it roll?