Home Read Albums Of The Week: The Tragically Hip | Live At The Roxy 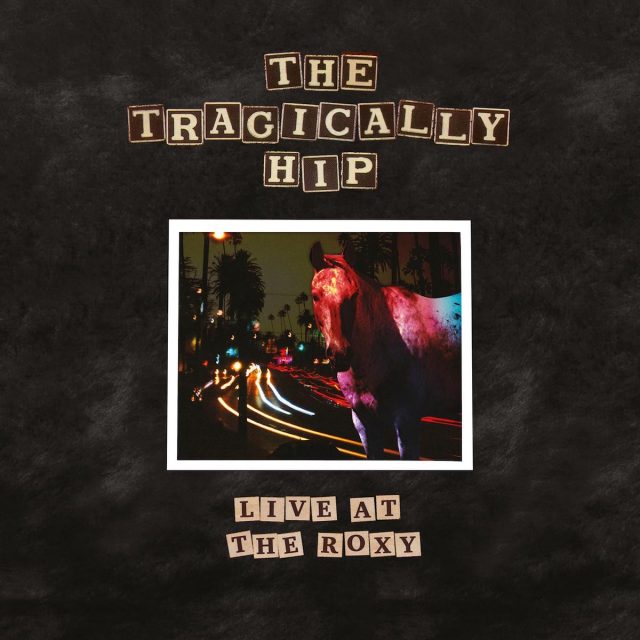 Concerts are a crapshoot. Always have been, always will be. Doesn’t matter who the artist is. Doesn’t matter where the venue is. Doesn’t matter how big the production is, how much money you spent on tickets or how good the artist’s last album was. Every performer has their good nights, bad nights, and (if they’re lucky) great nights. Which one you end up seeing depends on an uncrackable combination of a jillion factors, including (but not limited to) how healthy / happy / tired / sober everybody is, the acoustics and atmosphere of the venue, the mood of the crowd, yadda yadda yadda. You can wish and hope and cheer all you want, but in the end, it’s like the carney says: You pays your money and you takes your chances.

Of course, some bands just work harder than others. They fly higher, burn brighter, dance closer to the edge. The Tragically Hip were one of those bands. I’m sure they had their bad nights. I never saw one. I did see them on a few good nights, and at least one great night. If you caught them a few times over the decades, you probably did too. And you’ll appreciate hearing them on the truly great night captured on Live At The Roxy. Recorded in 1991 at the Sunset Strip venue, this long-bootlegged radio broadcast — which was included in 2021’s Road Apples box but is now being released on its own — is one of those shows that every fan wishes they caught. Now it’s also an essential addition to every fan’s collection.

Throughout the 77-minute show, the band are on fire and in the zone, turning in a performance that crackles with wiry energy and backs it up with muscular heft. From the first notes of the set — which features most of Road Apples, along with half a dozen classics from their first two albums — they deliver the goods with the swaggering confidence and easy interplay that comes with years of slugging it out on the road. Gord Downie, as usual, somehow manages to be firmly grounded at the eye of their hurricane while simultaneously controlling it and jubilantly gadflying around outside. His braying, shivery vocals soar and swoop and duck and dive and dodge like a man shadow-boxing with his inner demons. He’s a DJ broadcasting on his own frequency, a menatlist communing with gods of his own creation, a dervish whipping himself into a state of transcendence. Plus he’s got some seriously snappy between-song patter.

Toss in a cruncy, punchy mix that documents the band at their rugged, raggedly glorious best in front of what sounds a small but enthusiastic crowd, and you’ve got a magic night when lightning struck. We’re just lucky somebody was there to bottle it. Fingers crossed there are more shows like these sitting in a vault somewhere, just waiting to be uncorked. 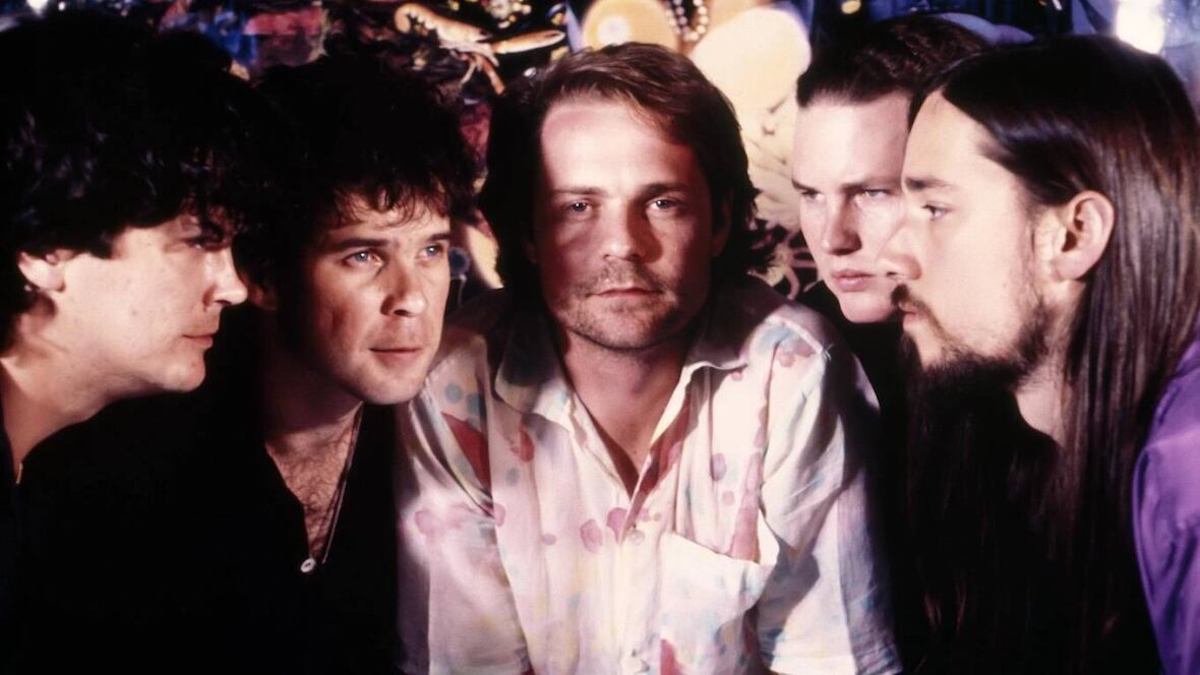 THE EDITED PRESS RELEASE: “The Tragically Hip have finally released Live At The Roxy worldwide as a standalone live album. Prior to its inclusion on the Road Apples 30th Anniversary Deluxe package last year, the 15-song concert had not been publicly available and was a sought-after show for the bootleggers and diehard fans.

Originally recorded on May 3, 1991, at the iconic Los Angeles venue for a Westwood One radio show, only 40 minutes of the set was broadcast at the time, making the full recording much more in demand. This renowned concert saw the band at peak performance.

Reminiscing on the night and what made this show particularly special for the band, bassist Gord Sinclair recalls: “I remember the Roxy show like it was yesterday. We had spent a year on the road before recording Road Apples and got right back in the saddle when we finished. The new tunes worked great live and by the time we got to L.A. we were firing on all pistons.”

Live At The Roxy is the second standalone live record for the band and it’s been 25 years since their first, Live Between Us, released in 1997. With all tracks completely remastered in 2021 by Ted Jensen at Sterling Sound in Nashville, the album features the fan-favourite Killer Whale Tank version of New Orleans Is Sinking. The nine-minute track is characterized by mid-song story from the late frontman Gord Downie about a job cleaning an aquarium and inadvertently causing friction between the two whales held in the tank. Fact or fiction, fans will listen in wonderment.

The captivating ad-libbing throughout the entirety of the record creates the experience for the listener and as Sinclair describes: “A great show is something you just have to experience to understand. The magic stays with you. Listening back 30 years later and I’m transported to that hot, sweaty, and very special night. The band was tight and unstoppable. Great crowd, great venue. Together we took things to another level.”

The Tragically Hip fans brought this release to fruition after countless requests for the deep-cut versions of some of the band’s most celebrated songs. Live At The Roxy offers a timeless experience of this sensational night as never before released. The striking album artwork is sequential to the Road Apples 30th Anniversary Deluxe art.”