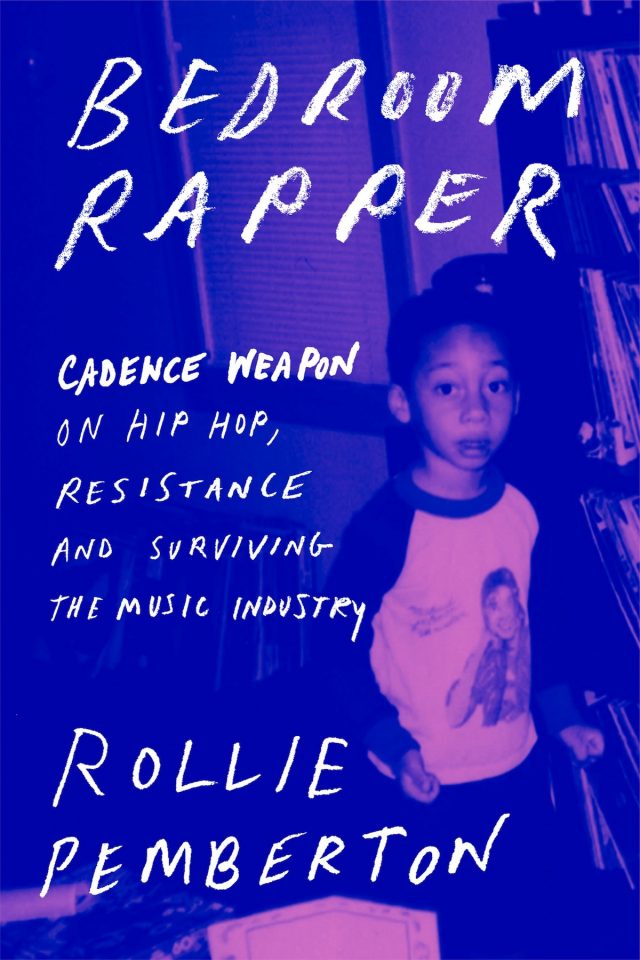 A bedroom rapper, a country packrat, a punk poetess, a grown-up teen popster — and the only band that matters: These are are your choices for a quiet week. Read all about ’em: 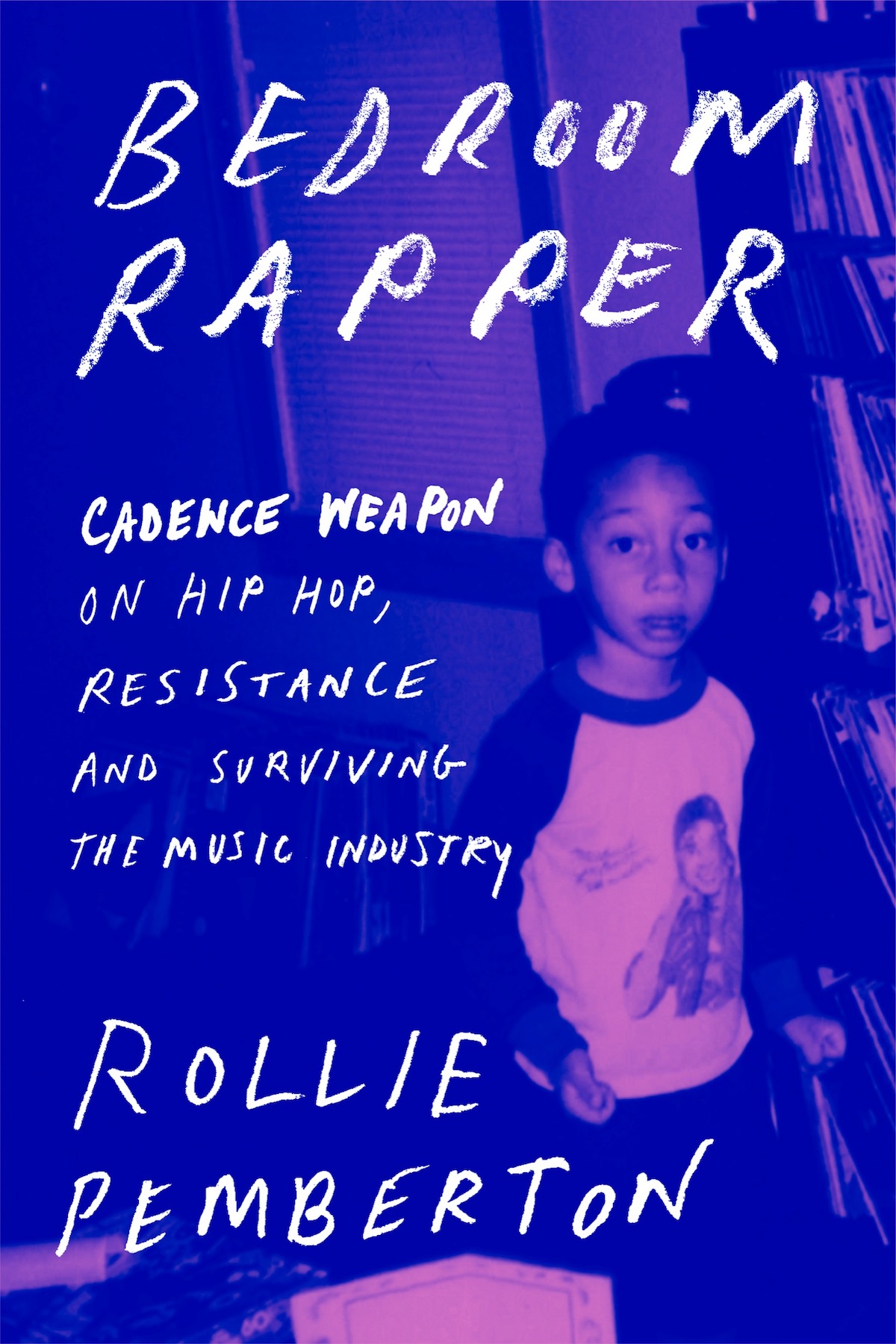 THE EDITED PRESS RELEASE: “Tracing his roots from recording beats in his mom’s attic in Edmonton to performing with some of the most recognizable names in rap and electronic music — De La Soul, Public Enemy, Mos Def, Questlove, Diplo and more — Polaris Prize winner Rollie Pemberton, aka Cadence Weapon, captures the joy in finding yourself, and how a sense of place and purpose entwines inextricably with a music scene. From competitive basement family karaoke to touring Europe, from fights with an exploitative label to finding his creative voice, from protesting against gentrification to using his music to centre political change, Rollie charts his own development alongside a shifting musical landscape. As Rollie finds his feet, the bottom falls out of the industry, and he captures the way so many artists were able to make a nimble name for themselves while labels floundered. Bedroom Rapper also offers us a wide-ranging and crucial history of hip-hop. With an international perspective that’s often missing from rap music journalism, he integrates the gestation of American hip-hop with U.K. grime and niche scenes from the Canadian prairies, bringing his obsessive knowledge of hip-hop to bear on his subject. Rollie takes us into New York in the ’70s, Edmonton in the ’90s, the legendary Montreal DIY loft scene of the 2000s, and traces the ups and downs of trusting your gut and following your passion, obsessively.” 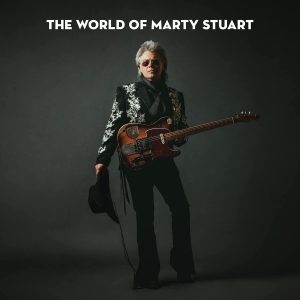 THE EDITED PRESS RELEASE: “In the late 1960s in Philadelphia, Miss., nine-year-old Marty Stuart started his first band and began playing country music and collecting treasures of the culture. More than a half century later, the Mississippi Department of Archives and History has partnered with the country musician and ambassador to share his story and collection with the public in an exhibition and tandem publication. Stuart has worked with the legends of country music, from his early days playing with Lester Flatt and Johnny Cash to his successful collaboration with Travis Tritt and his celebrated return to American roots music with his band The Fabulous Superlatives. The World of Marty Stuart traces his life and times through essays, photographs, and reproductions of artifacts from his extensive collection, highlights of which include Hank Williams’ original handwritten manuscripts, guitars from Carl Perkins and Pops Staples, numerous costumes including Porter Wagoner’s suit and Dolly Parton’s dress, personal items from Patsy Cline, Johnny Cash and Connie Smith, and much more. Photography by Marty’s mother Hilda Stuart and by Marty himself appears throughout the book, illuminating moments from the past five decades. The World of Marty Stuart examines this journey in a personal way, providing an up-close glimpse at important moments in country music and reaffirming Stuart’s dedication to preserving the genre’s rich history.” 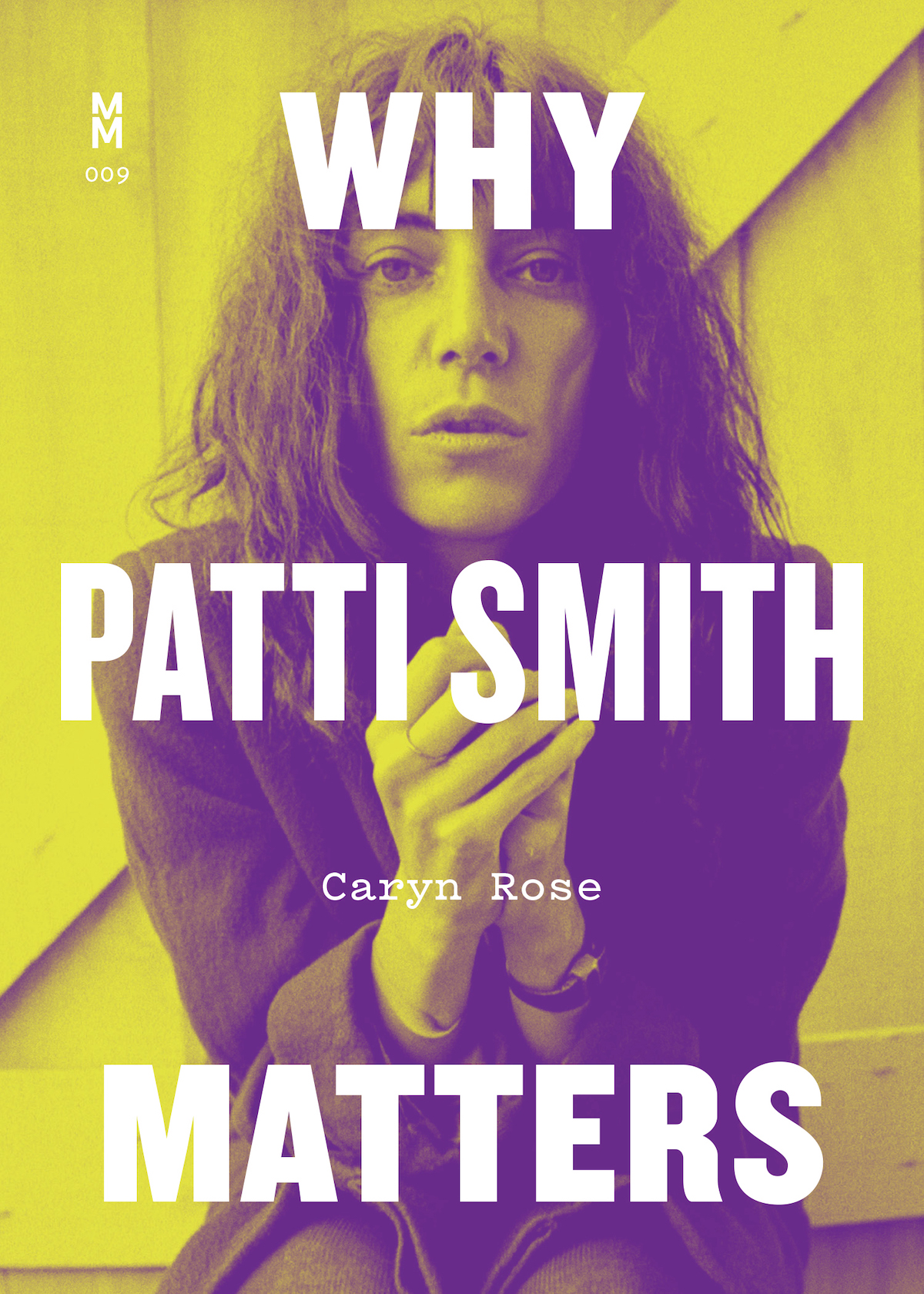 THE EDITED PRESS RELEASE: “Patti Smith arrived in New York City at the end of the Age of Aquarius in search of work and purpose. What she found — what she fostered — was a cultural revolution. Through her poetry, her songs, her unapologetic vocal power, and her very presence as a woman fronting a rock band, she kicked open a door that countless others walked through. No other musician has better embodied the “nothing-to-hide” rawness of punk, nor has any other done more to nurture a place in society for misfits of every stripe. Why Patti Smith Matters is the first book about the iconic artist written by a woman. The veteran music journalist Caryn Rose contextualizes Smith’s creative work, her influence, and her wide-ranging and still-evolving impact on rock ’n’ roll, visual art, and the written word. Rose goes deep into Smith’s oeuvre, from her first album Horses to acclaimed memoirs operating at a surprising remove from her music. The portrait of a ceaseless inventor, Why Patti Smith Matters rescues punk’s poet laureate from “strong woman” clichés. Of course Smith is strong. She is also a nuanced thinker. A maker of beautiful and challenging things. A transformative artist who has not simply entertained but also empowered millions.” 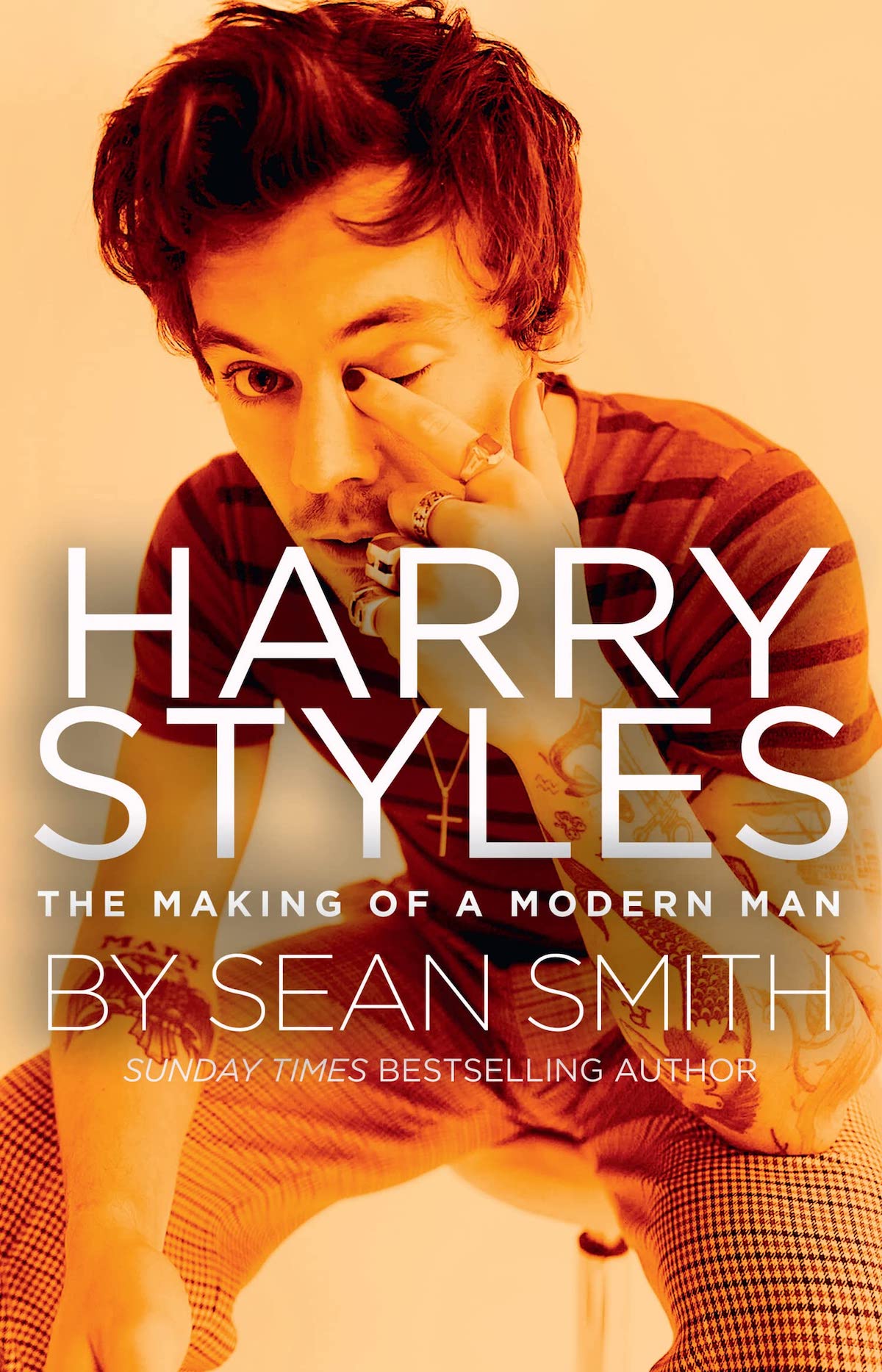 Harry Styles: The Making of a Modern Man
By Sean Smith

THE EDITED PRESS RELEASE: “Harry Styles has grown up. The One Direction boy band member so loved by millions has become a truly global superstar — and he’s done it without shouting from the rooftops or displaying a mammoth ego. In this captivating biography for fans from day one as well as a whole new generation, Sean Smith chronicles the development of a thoroughly modern man with boundless charisma who represents a better world devoid of prejudice. Harry’s life changed forever when his mum Anne filled in a form requesting an audition to The X Factor. He left his home in rural Cheshire as a 16-year-old and never went back — setting out on a path to become a genuine icon of the age. Harry Styles: the Making of a Modern Man follows his journey, painting a picture of a man who at times remains an enigma while embracing the world he cares about — his family, his friends and lovers, his music, acting and, of course, the world of fashion. Harry is the only British male artist to have his first two albums debut at No. 1 in the U.S.; his movie career is flourishing with starring roles in Don’t Worry Darling and My Policeman, and he is the first man to appear solo on the cover of Vogue. A champion of gender fluid fashion he has proved himself to be an inspiring role model in a world where toxic masculinity has no place. In troubling and uncertain times, Harry Styles lives to his own mantra that would benefit us all — Treat People with Kindness.” 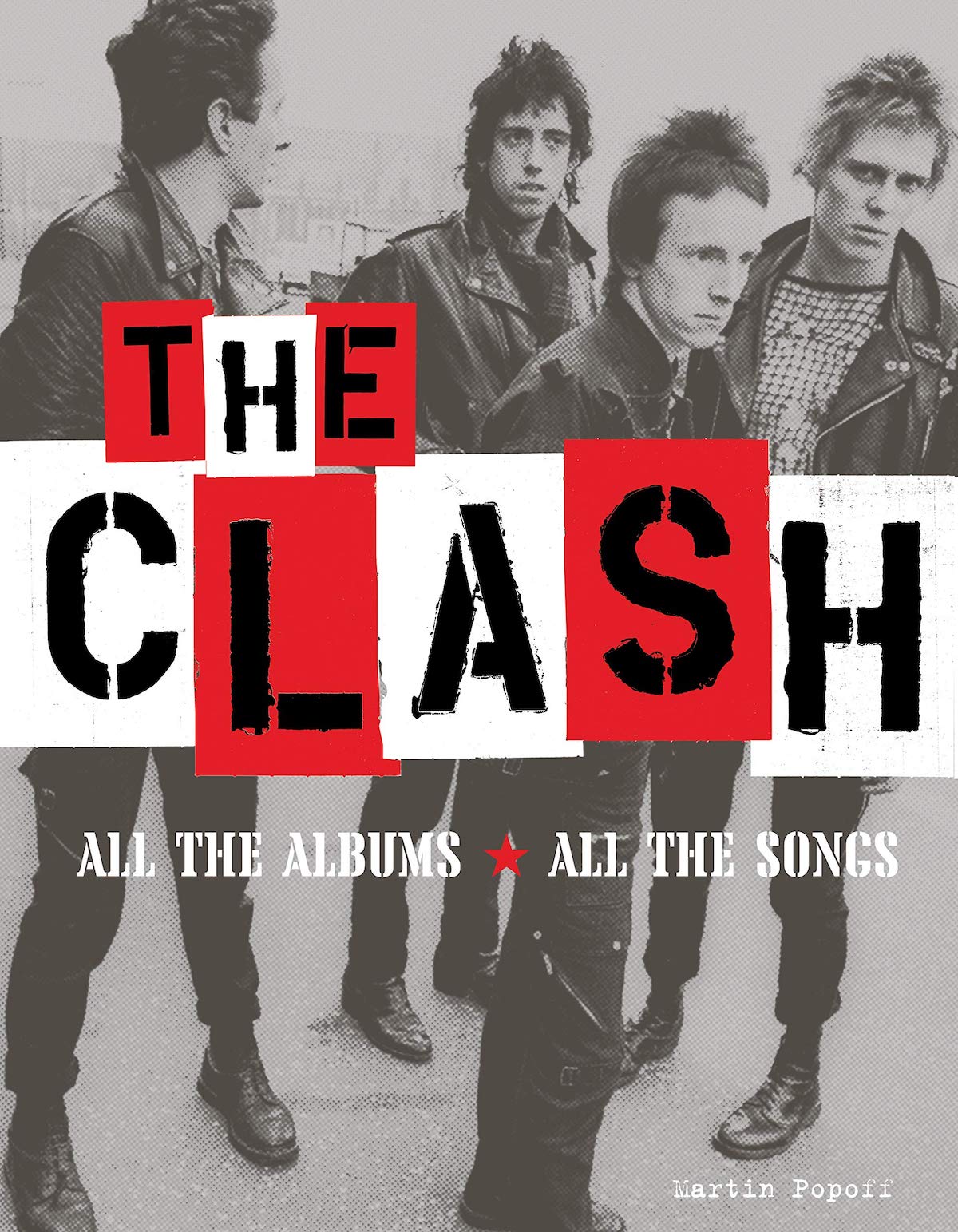 The Clash: All the Albums, All the Songs
By Martin Popoff

THE EDITED PRESS RELEASE: “Established in 1976 at the fore London’s punk rock insurgence, The Clash would outlast their peers while creating some of the most influential albums in rock ’n’ roll history. Author Martin Popoff dissects each of The Clash’s 91 studio tracks, examining the circumstances that led to their creation, the recording processes, the historical contexts and more. In addition, introductory essays set the scene for the band’s six studio releases (including the double LP London Calling and the triple Sandinista!) and feature sidebars detailing studios, release dates, personnel, and more. Illustrated with rare performance and offstage photography, along with images of 7” singles sleeves and gig posters, the resulting volume is a fitting tribute to the foursome whose staunch political stance and groundbreaking amalgam of punk, rockabilly, reggae, and hip-hop earned the title The Only Band That Matters.”