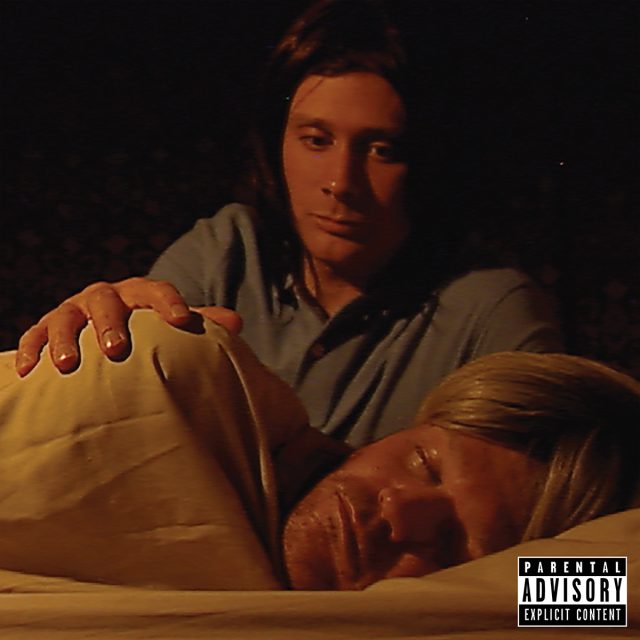 THE EDITED PRESS RELEASE: “Pulled from the same fictive universe as 2018’s Jassbusters, the shrewdly named Jassbusters Two makes a languid counterpart to its predecessor — both albums were recorded by a fictional band of schoolteachers from the as yet mostly unseen daytime TV miniseries Bost’n ‘n Dobs’n, conceived, directed by, and starring Connan Mockasin himself, and possibly coming to a late night cinema near you.

In the mists of 2016, Jassbusters had found its feet in Paris, and Jassbusters Two materialized only shortly thereafter in 2017, 3,500 miles across the Atlantic. “Jassbusters was the first record I’d done as a band,” Connan reflects. “I really enjoyed it, and wanted to make more music while we were still in character as this group of music teachers.” At Gary’s Electric Studio in Brooklyn, Mockasin, along with Jassbusters’ real-life counterparts (Nicholas Harsant on bass, Matthew Eccles on drums, and Rory McCarthy, aka Infinite Bisous, on rhythm guitar), freestyled across long live takes, weaving under, over, and straight through each other’s blurry riffs. “I was playing the role of the guitar teacher in the band, who was pushed into being the singer who didn’t have lyrics. So, like the first Jassbusters record, the lyrics were improvised, blurted out.”

While the band let loose with Jassbusters, its followup is so laid back as to be horizontal. Vocal improvisations — sometimes eerie, sometimes crooney, and often more shapeshifting, otherworldly sounds than definable words — slosh around Mockasin’s signature bent-over-backwards guitar arrangements. All here is smooth and unencumbered, viscous as a palmful of mercury. Flipping Poles is a perfect spokesperson for the multitudes contained within Jassbusters Two’s whole; rules by turns strictly adhered to and determinedly defied; here, as elsewhere, genres seeping into one another gooily. Playful stringwork meets school-noise nostalgia meets science fiction sound effect.

With its bending of genre, a tinge of sensuality, and just enough wonk, Jassbusters Two perfectly follows both Jassbusters and the wider Mockasin canon, the artist’s playfulness, surreal characterization, and improvisational knack melted down and spread into new directions; chopped, churned, and smoothed with a jazzer’s intuition, a country fingerpicker’s dexterity, and a funkster’s flow. Be you listener, player, or faculty member of the mind, this latest Mockasin master work invites you to forget the grind, just for a bit, and settle into the syrupy, boundless world of Jass.”