Home Hear Indie Roundup | 120 Songs To Bring You To Your Knees This... 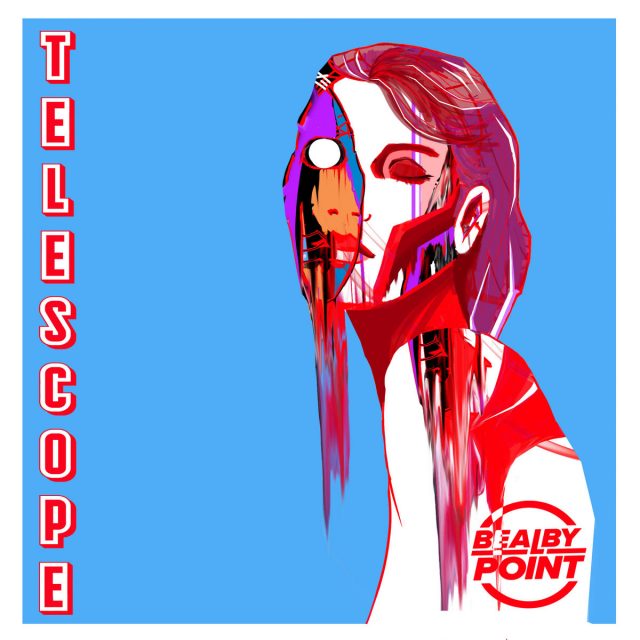 Bealby Point look up, B Streezy does it for the gram, Gizelle Smith brings two for the show, Anomalie and Chromeo are champing at the bit — and I can tell you are too. So let’s quit talking and resume rocking in your latest Weekend Roundup. Off you go:

THE EDITED PRESS RELEASE: “Bealby Point hav spent the better part of two years with one goal in mind: Capturing the most cherished memory of your favourite summer and turning it into the perfect sound. Not unlike a gang of pesky neighbourhood kids from a Stephen King novel, Bealby Point spent their roaming youth sneaking out to parties, riding bikes, and exploring the night in the sprawling suburbs of Deep Cove, a coastal neighbourhood of North Vancouver, which also serves as a major inspiration to their songwriting, atmosphere and energy. Ahead of their upcoming EP, the band share the new single Telescope.”

THE EDITED PRESS RELEASE: “Gizelle Smith returns with a dramatic double A-side single Better Remember / Miss World from her upcoming album Revealing, due for release on May 28. These two songs open an aggressive socio-cultural dialogue, inviting the listener to evaluate their stance on global and social issues in two very different and intriguing soundscapes.”

THE EDITED PRESS RELEASE: “Following their successful 2020 collaboration EP, Montreal producer/artist Anomalie reunites with Chromeo to share something fresh on Bend The Rules Deluxe — a re-work of their original project featuring an array of track flips by an international and diverse lineup, including Mndsgn, Full Crate and the legendary Vikter Duplaix. Chromeo and Anomalie also included Brain Tan and Quizzo, the winners of the remix contest they held on Twitch at the end of last year, making this the first major release for the producers.”

THE EDITED PRESS RELEASE: “Factory Reset is the debut solo album by guitarist Hans Hjelm. Hans studied jazz guitar at the University of North Texas in the ’90s and has spent the last 10 years performing and releasing music with psych-rock bands Kungens Män and Automatism. The music could be described as Depeche Mode meets Michael Rother. Guitars and synthesizers trade off in playing the most prominent role throughout the album. Hans plays all instruments except drums, which are handled by Jesper Skarin. Today Hjelm shares a guitar cover of Depeche Mode’s song Nothing To Fear, off their 1982 album A Broken Frame. It is featured on his album Factory Reset, due out May 28.”

THE EDITED PRESS RELEASE: “Hailing from Merseyside and synonymous with Liverpool’s music scene, Louisa Roach’s band She Drew The Gun are back with the single Cut Me Down, taken from the album Behave Myself, coming Sept. 24. Louisa says the single is “resisterhood continued. Inspired by the Las Tesis protests in Chile which brought a new level to the idea of a protest song, where hundreds of thousands of women took to the streets and sang ‘The Rapist is You’. The police, the government, the judges, the system was not designed to look after women’s rights and it still does not, so I will have to fight ‘Deeper, faster, harder, cheaper, stronger, further, smarter’ just to get even with you.”

THE EDITED PRESS RELEASE: “Joey pays homage to rock’s classic werewolf songs with his new single Wolf Man. Driven by propulsive drums and a punchy bass line, it’s a high-energy pop gem that takes a left turn into moodier territory. The single also includes The Softest Warning, a track from Joey’s forthcoming LP. It was first conceived on a night drive down a dark freeway, and the song holds on to that spirit. The tune is carried by a dreamy wash of synthesizers, whispered vocals, and a synth bass groove fit for a 1980s dance floor cool-down.”

90 | The Joy Formdable | Back To Nothing

THE EDITED PRESS RELEASE: “On Aug. 20, The Joy Formidable will release their album Into The Blue. Today the band present Back To Nothing, the second pre-release single. The song reflects on where you’ve been and how grief can heal and illuminate the future. Singer-guitarist Ritzy Bryan says, “Back To Nothing takes a stance on self-compassion, realizing your worth and your boundaries and deciding not to give your love to an undeserving other.”

THE EDITED PRESS RELEASE: “The Moon City Masters are a neo-classic rock band with a contemporary edge and more than a hint of soul and funk. The band, consisting of twin brothers, Jordan and Talor Steinberg, bring together the whole package, with virtuosic playing and singing, excellent songcraft and an aesthetic all their own. “Long a staple of our live shows (remember when those were a thing? neither do we), we are so pleased to release our cover of I’ve Got a Feeling by The Beatles. Even though it’s an iconic song from the most iconic band of all time, we tried to bring our own flavor to the party.”

THE EDITED PRESS RELEASE: “While 2020 was a tough year all around the music industry, GA-20 certainly made the most of it. Coming into 2021 with four newly recorded LPs, it’s now time to start giving a little taste of what’s to come. In anticipation of this bounty of upcoming albums, they are releasing Two in the Ground. Raw. Heavy. Blues. Turn it up. All the way up.”

THE EDITED PRESS RELEASE: “Oakland hard rock and alt-punk artist Thadeus Gonzalez presents Never Tear Us Apart, the second single from his upcoming studio album Opposites Faces. About the song, he says: “When I was a kid I remember hearing the big production of ’80s and ’90s pop and rock songs. To me they had so much instrumentation and I thought it was great. A few years back I heard INXS’ Never Tear Us Apart and thought this is a great song that could be different and interesting if it was only done with drums, bass and guitar. It was a fun song to record.”

THE EDITED PRESS RELEASE: “Tigercub came crashing back into public consciousness earlier this year, announcing their second album As Blue As Indigo, set for release on June 18. Today they share another taste of the record — dramatically different from the heavier songs that came before, Funeral is an intensely personal song ruminating on the loss of friends and family propelled instead by intimate acoustic guitars and a swooping string accompaniment. Jamie says: “Funeral is a song I wrote to cope with death, firstly to directly cope with my grandmother’s passing, but also as an emotional outpouring to the shocking amount of friends I have lost to suicide over the years. I find songwriting incredibly cathartic and therapeutic, it helps me process my emotions and figure out what lies at the core of me. I find it difficult to properly express myself in day to day life, I was always taught as a male that to portray anything other than stoicism was a sign of weakness and that it should be overridden with jovial humour and general toxic bullshit. Nowadays we are all learning how wrong this affectation is, and rightly so.”

THE EDITED PRESS RELEASE: “Dawn to Dawn are the musical collaboration of Tess Roby, Adam Ohr and Patrick Lee. Based in Montreal, the trio met in late 2018, and became close friends while writing and producing music together. Their songs are weightless and mysterious, simultaneously familiar while unidentifiable. Sitting halfway between spectral dream-pop and abstract dance-oriented soundscapes, it’s music that’s all-enveloping, something that could only be made by musicians who have complete trust in one another.”

THE EDITED PRESS RELEASE: “Foxywombat emerged onto the scene with their funky pop-rock debut single Two Drinks, Too Deep, quickly followed up by Bad Weekend, an angsty indie-rock tune with a Spaghetti Western twist. Ironically, their third single Déjà Vu is the first song Foxywombat composed as a band. It’s the continuation of the story formed in Two Drinks, Too Deep, of an individual’s quest for happiness and contentment — while often mistaking momentary glimpses of excitement and hedonistic exploits as the remedy and repeating this mistake until they lose track of what they were searching for in the first place.”

THE EDITED PRESS RELEASE: “Teis Ortved is emerging as one of the brightest hopes of nu-jazz, having already garnered support for his forthcoming album Parks At Night. His latest single I Don’t Like Dreaming was written when Teis was holed up in a cabin in the woods, with most of the sounds coming from a single keyboard. The physical and musical restrictions allowed him to experiment and broaden his use of the sax and vocoder to spine-tingling effect. During his time spent in isolation he found himself having bizarre dreams, and often ones that promised something more, just as he awoke to find the world around him pale in comparison. In this way, he almost felt cheated by the dreams themselves.”

THE EDITED PRESS RELEASE: “Last night, Amythyst Kiah made her late-night TV debut on Jimmy Kimmel Live!, performing her Grammy-nominated song Black Myself, from her forthcoming album Wary + Strange, out June 18. Today, she shares another track from Wary + Strange, Hangover Blues. The track documents a tumultuous period in her late 20s when she took up drinking in order to ease the social anxiety that had plagued her since childhood. Featuring production by Tony Berg (Phoebe Bridgers, Amos Lee, Andrew Bird), and a brilliantly untethered guitar performance from Blake Mills (Fiona Apple, Alabama Shakes), Hangover Blues perfectly captures the angst of being stuck in a bad habit, its swampy rhythms echoing the sticky unease of morning-after regret.”

THE EDITED PRESS RELEASE: “Philadelphia indie-punk quartet Sieve are releasing their two final tracks, Prudence and Around” as a sendoff for the band’s short-but-sweet tenure. Both songs are available to stream now.”