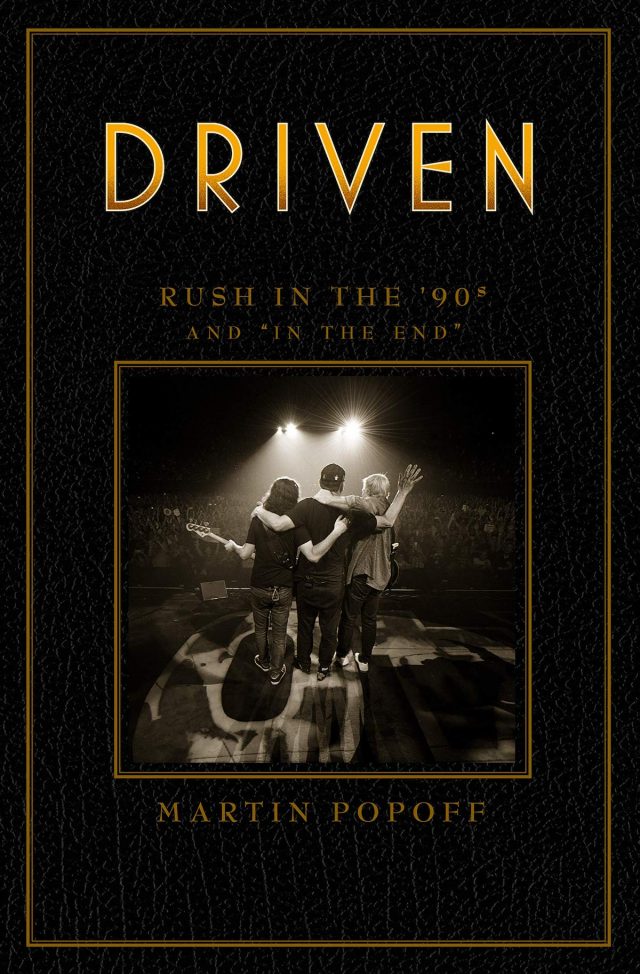 Rush come to the end of the road, Classified blazes a trail, Ira Robbins flips through his back pages, Irish music gets a closeup, Jack White colours your world (or vice versa), and Billy Joel inspires the strangest anthology I’ve seen in a while. Read all about ’em: 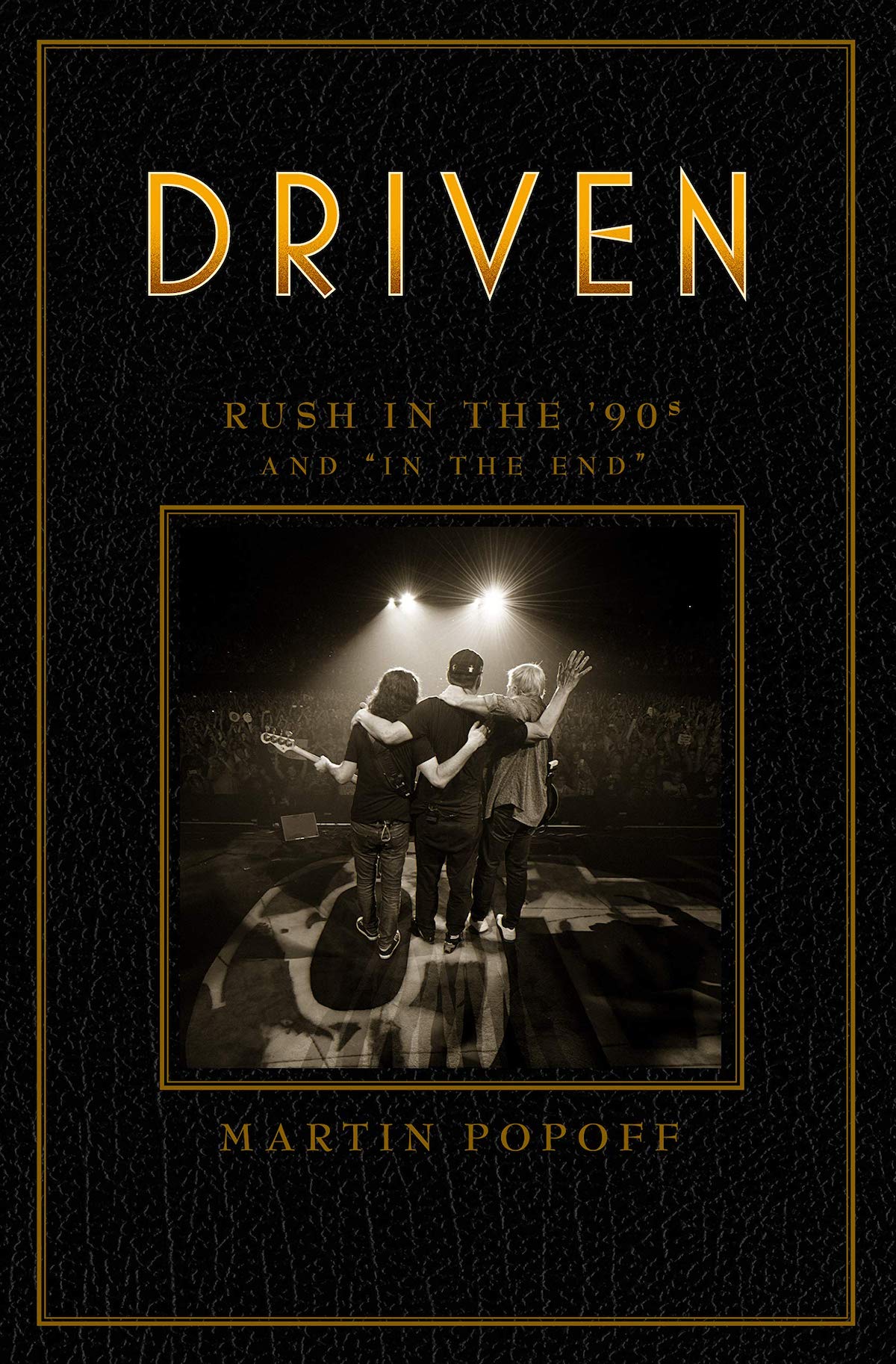 Driven: Rush in the ’90s and “In the End”
By Martin Popoff

THE EDITED PRESS RELEASE: “In this conclusion to his trilogy of authoritative books on Canada’s most beloved and successful rock band, Martin Popoff takes us through three decades of “life at the top” for Rush’s Geddy Lee, Alex Lifeson and Neil Peart. Though this era begins with the brisk-selling Roll The Bones and sees throngs of fans sell out international tours, there is also unimaginable tragedy, with Peart losing his daughter and his wife within the space of 10 months and, two decades later, succumbing to cancer himself. In between, however, there is a gorgeous and heartbreaking album of reflection and bereavement, as well as a triumphant trip to Brazil, a Rock and Roll Hall of Fame induction, and ― some say surprisingly ― the band’s first full-blown concept album to close an immense career marked by integrity and idealism.” 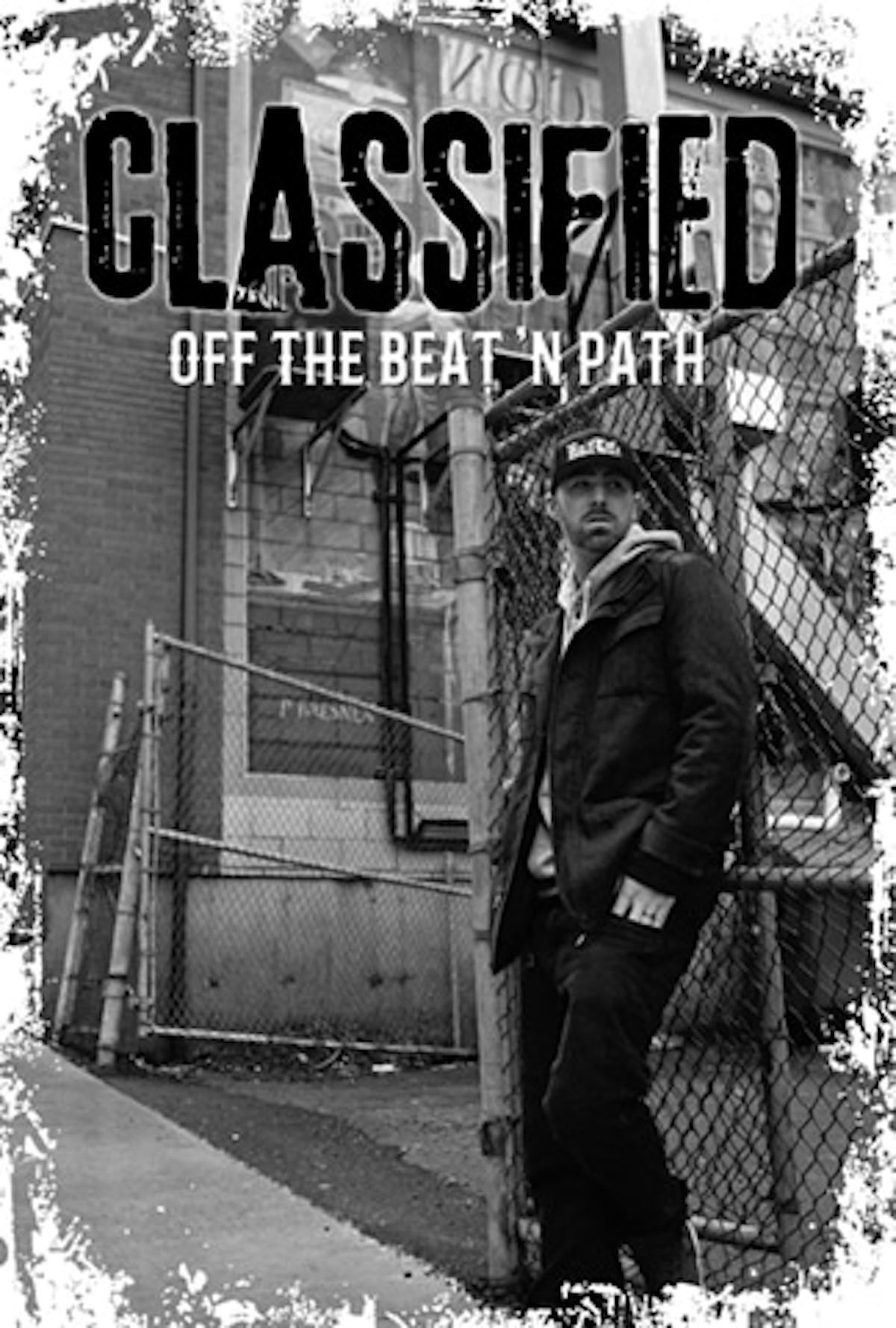 Classified: Off the Beat ‘N Path
By Classified

THE EDITED PRESS RELEASE: “Classified has always marched to the beat of his own drum. His visceral lyrics and authentic voice have echoed the aspirations and disappointments of a whole generation. He is an artist whose ear is always close to the ground. Classified defied the industry expectation that you must live in L.A. or New York City or Toronto to make it as a rap artist. His life off the beaten track informs all his work. He has literally won every award possible for a recording artist in Canada. He has won for rap recording of the year and has also been producer of the year and studio engineer of the year.” 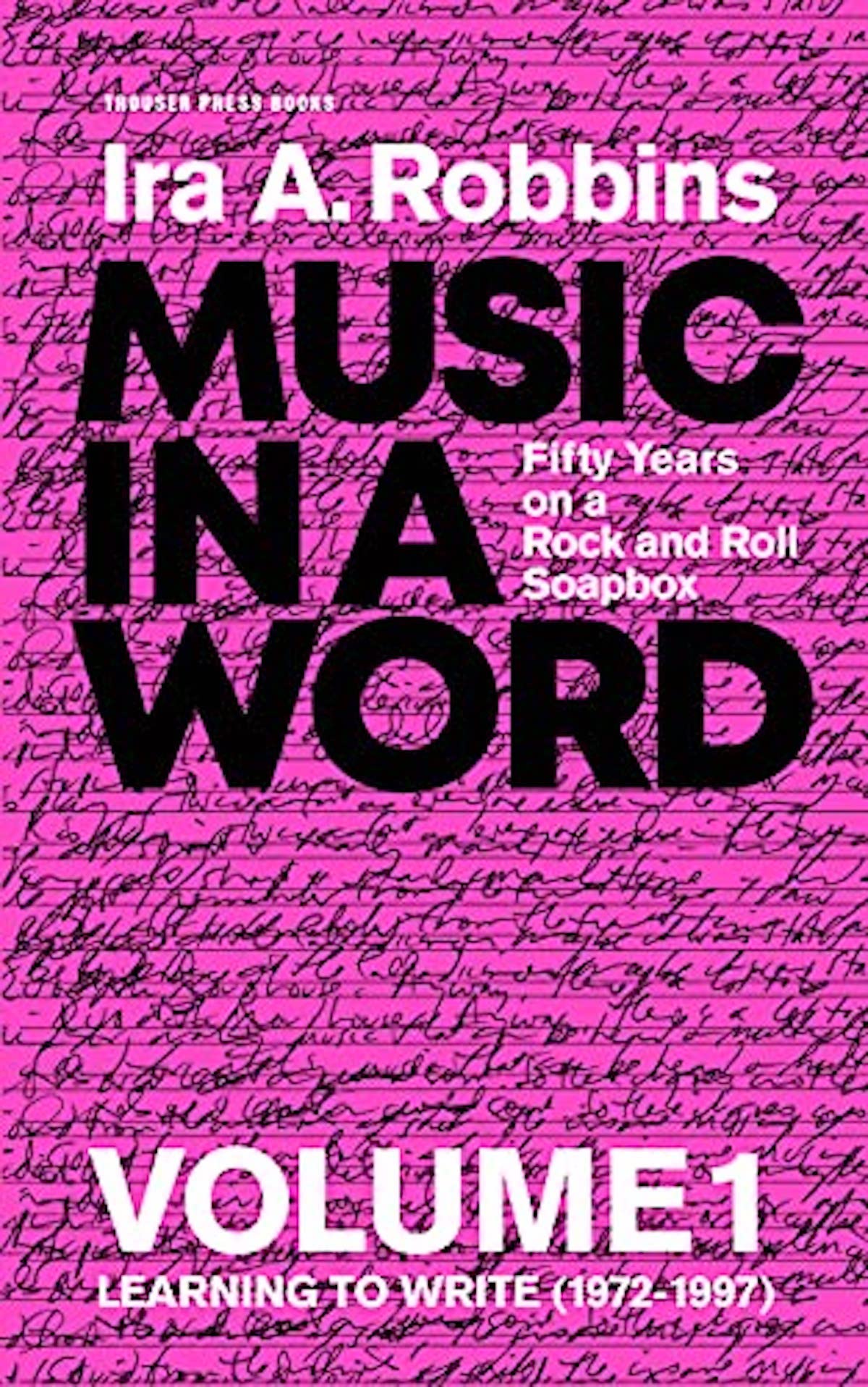 Music in a Word: Volume 1
By Ira A. Robbins 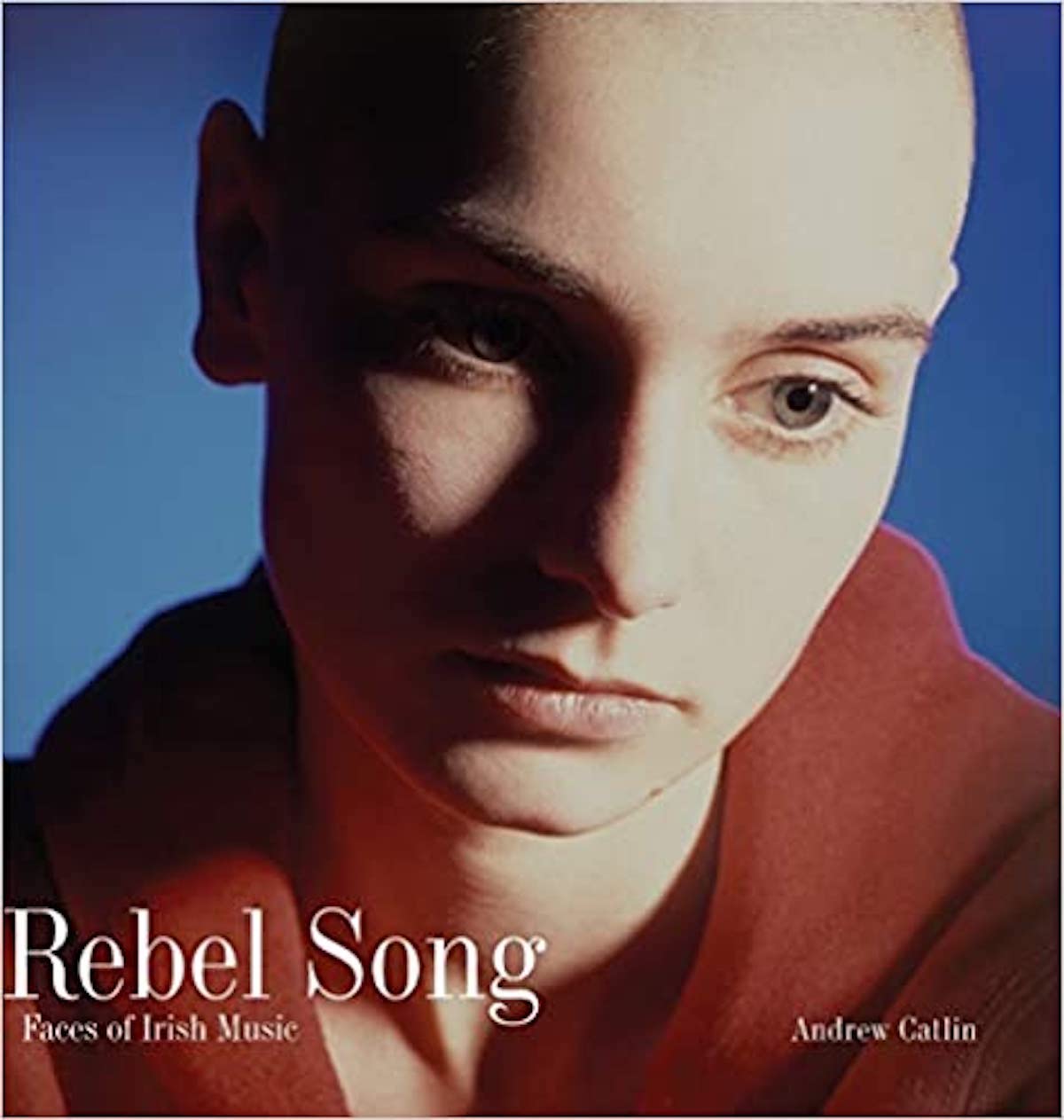 THE EDITED PRESS RELEASE: “Rebel Song is a collection of pictures and words of some of the most important musicians who changed the face of Irish music to the international force it is today. As Irish musicians began to find international fame in the second half of the 20th century, there was a growing swell of bands like The Fureys, The Pogues and The Dubliners who transformed traditional rebel music into something with an energy and intensity that was more direct and outspoken than ever before. Irish folk music had expressed the pain of generations under colonial domination. This blossomed into a nation’s resistance and rebellion, and spilled over into rock and pop, and then into a fusion with punk. Filled with passion and politics, the tunes of rebellion moved from a rallying call to resistance, and onto a global stage that continues to push back and assert Irish identity and love of life. Artists like U2, Sinéad O’Connor, Bob Geldof and The Pogues have often taken an outspoken stand on matters of global politics, while always maintaining a direct connection back to Ireland. Featuring pictures by legendary music photographer Andrew Catlin that include many taken very early in the careers of the artists, often while at their creative peak, with photographs that span more than thirty years. The book explores the connection between the traditions of Irish music, the history of Ireland, and the extraordinary power and intensity of some of the greatest songwriters and performers of the last 50 years.” 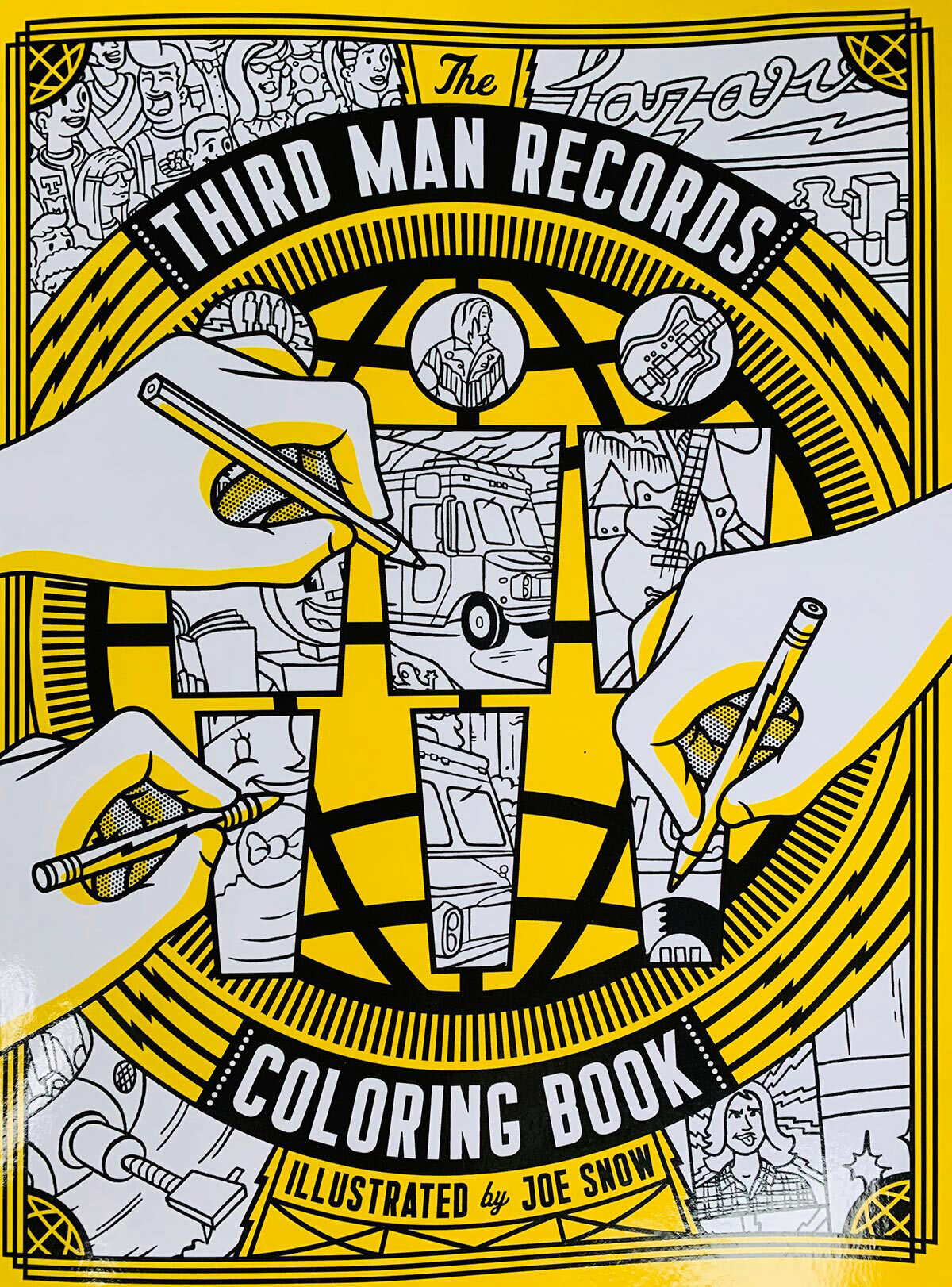 THE EDITED PRESS RELEASE: “Take an adventure with Manny, Third Man’s storefront mascot, as he hangs out in our shop, takes in a show on Record Store Day, visits outer space, Third Man Books’ bookshelves, the Third Man stores in Nashville and Detroit, Third Man’s photography studio, and learns how the (fastest) record was made! Draw Your own record label. Play Tic Tac Toe with stereo speakers. Play word search games looking for Theremin, Scopitone, Microphone, Plectrum and more about music. The Third Man Records Coloring Book is a musical experience on the page for kids and adults of all ages. Not only are there plenty of pages to color, but fun activities like connect the dots, mazes, drawing, match-the-names, and more. Created by U.K. illustrator and graphic designer Joe Snow, it’s kinda the best coloring book around!” 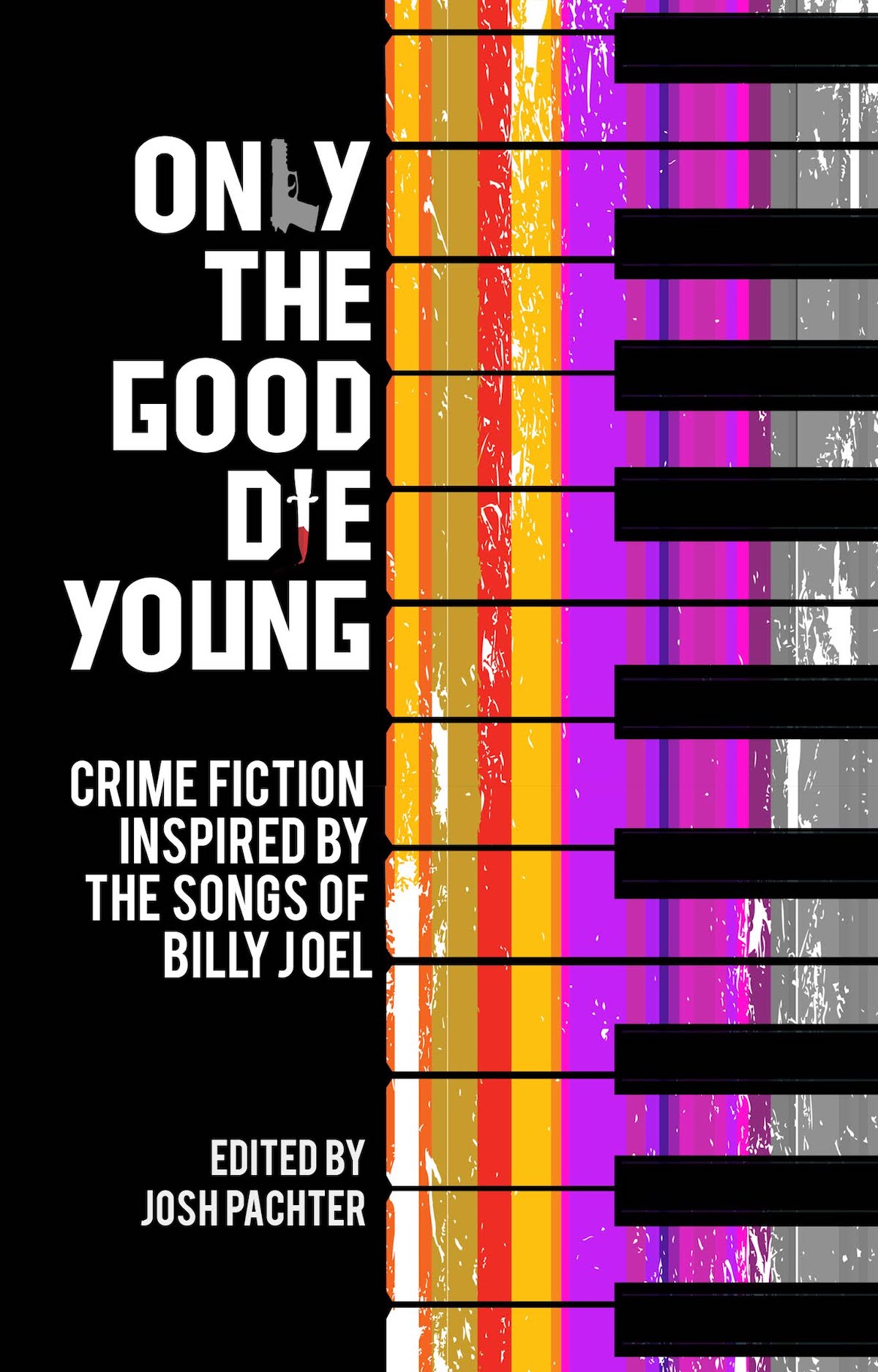 THE EDITED PRESS RELEASE: “From Cold Spring Harbor in 1971 to River of Dreams in 1993, Billy Joel released a dozen studio albums that remade the face of American pop music, produced 26 Top 10 single, and earned the Piano Man six Grammys. Although he hasn’t released a recording of new songs in almost 30 years, Joel’s live performances continue to electrify audiences around the globe — and until COVID-19 put things on hold he had sold out New York’s Madison Square Garden for a record-shattering 74 consecutive monthly shows! In this collection, 12 award-winning writers of short crime fiction tackle the Joel catalog, and the result — edited by Josh Pachter, whose The Beat of Black Wings: Crime Fiction Inspired by the Songs of Joni Mitchell earned rave reviews in 2020 — is a journey down life’s mean streets with a soundtrack by one of the great singer-songwriters of our time, and contributors Michael Bracken, Jeff Cohen, David Dean, John M. Floyd, Barb Goffman, James D.F. Hannah, Richard Helms, Robert Lopresti, Jenny Milchman, Terrie Farley Moran, Richie Narvaez and Pachter himself are donating a third of their royalties to support the work of the Joel Foundation. In the Gospel According to Billy, only the good die young. Within these pages, though, Death is an equal-opportunity exterminator, and the stories you’ll find here don’t just hit the charts: they go all the way to Number One … with a bullet!