In the market for some new sounds? Here are four of your best bets this week (in alphabetical order): 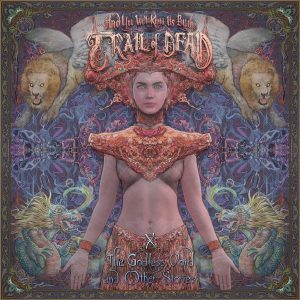 …And You Will Know Us by the Trail of Dead
X: The Godless Void and Other Stories

THE PRESS RELEASE: “Five years on from the release of their previous record, Austin’s beloved art-rock heroes …And You Will Know Us By The Trail Of Dead return with their tenth album – X: The Godless Void and Other Stories. Expansive yet concise, this album nods to the band’s traditional touchstones – the feral scree of Sonic Youth, Rush’s symphonic anthems, the textured bliss of My Bloody Valentine – while morphing effortlessly into newer forms. Work on X: The Godless Void and Other Stories began in earnest in 2018, after Keely returned to the band’s hometown of Austin following five years in Cambodia. With a new line-up having recently toured the 20th anniversary of their Madonna album, they’re also reverted to the live format of their earlier years, with Reece and Keely alternating between drums and frontman duties – a musical partnership that dates back to their high school days. Appropriately, it all feels fresh.” 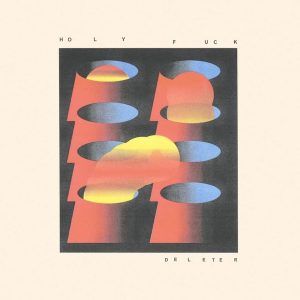 THE PRESS RELEASE: “Arriving at a moment where attention spans are shot and anxieties are going into overdrive, Deleter, Holy Fuck’s fifth studio LP, is a defiantly full-bodied affair. Polyrhythmic and pleasure- focused, Deleter sees Brian Borcherdt, Graham Walsh, Matt Schulz, and Matt “Punchy” McQuaid taking their signature sound to new creative heights – seamlessly fusing the gauzy drive of krautrock and deep house’s dreamy ineffability, expertly blending purring motorik percussion with the sort of fuggy synthetic fizz and tang that so often sends clubbers into states of unselfconscious rapture. Spiritually, Deleter is an album that explores what happens when humanity and technology coalesce into one big, semi-organic celebration of the joys of spontaneity, repetition, and individuality. As the band puts it, “the robots are smarter than ever, and the algorithm knows more and more what we like as individuals, but we have to remind ourselves that there is music in the margins that can go missing and that that music is more important than ever.” Marginal or not, Deleter is the sound of Holy Fuck freely ebbing and flowing in their own unique ecosystem. As a listener, you’ve got a choice – carry on with the passive consumption, or push back, engage, and move to something worth of your time. Something like Deleter.” 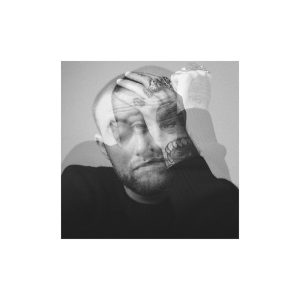 THE PRESS RELEASE: “Circles is the sixth and final studio album by Mac Miller. Conceived as a sister album to 2018’s full length Swimming, the album was completed with the assistance of Jon Brion, with whom Miller worked on Swimming and had been working together on Circles at the time of his passing. While sonically distinctly different than its predecessor, Circles features many of the hallmarks for which Swimming was critically-acclaimed upon its release — Miller further realizing his singing voice in addition to rapping, live instrumentation and earnest, confessional lyrical content. It’s a momentous final entry into the discography of an artist that remains at the center of reimagining the limits of rap.” 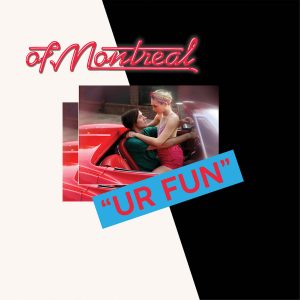 Of Montreal
UR Fun

THE PRESS RELEASE: “The public diary that started with of Montreal’s classic album Hissing Fauna, Are You The Destroyer? has continued into a growing string of increasingly personal works. On UR FUN, Kevin Barnes is more candid than ever, presenting ten concise electro-pop songs that expose the depths of his current life, his private thoughts — both optimistic and brooding — and his passionate relationship with songwriter Christina Schnieder of Locate S,1. This ramped-up vulnerability has inspired Barnes to strip his stage persona of costumes and drag, just appearing as himself on recent tours for the first time in many years. After several albums recorded with collaborators and various band members, Barnes opted to record this one completely alone. In his home studio in Athens, Georgia, Barnes isolated himself in creative hibernation, working obsessive 12-plus hour days arranging manic synth and drum machine maps on a computer screen with bouncy, melodic basslines, glam guitars and layered vocal harmonies. Inspired by albums like Cyndi Lauper’s She’s So Unusual and Janet Jackson’s Control, Barnes set out to make UR FUN into the kind of album where every song could be a single, complete with huge hooky choruses and nostalgic dance grooves. The result is an unstoppably fun album that could also pass for a carefully sequenced greatest-hits collection if taken out of context.”