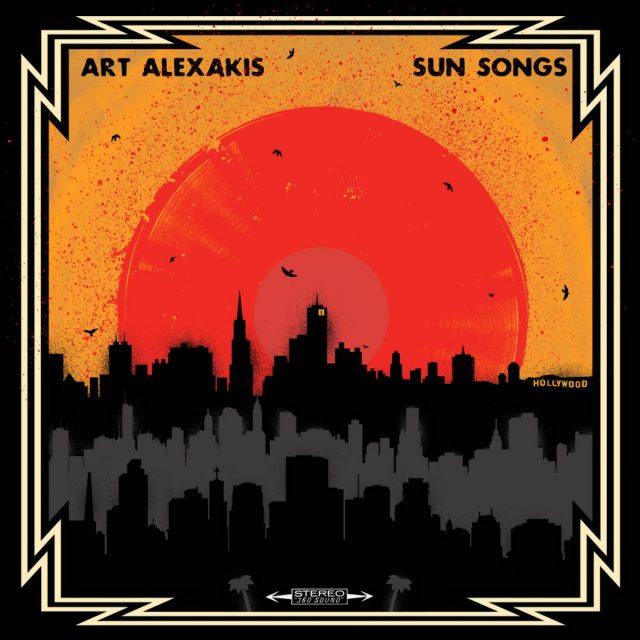 WHO IS HE? The singer-songwriter and — for the past 28 years —  sole permanent member of post-grunge populists Everclear. The man who wrote the chart-toppers Santa Monica, Everything to Everyone, I Will Buy You a New Life and Wonderful. And the man who has the unfortunate distinction of looking like a punk-rock Mike Pence — except Pence would never pen a tune called Jesus Was a Democrat.

WHAT IS THIS? Sun Songs is more than just the first disc Alexakis has released under his own name: It’s literally his first solo album — he penned and performed all the songs on his own. It also happens to be his first work since he revealed he was diagnosed with multiple sclerosis following a car accident three years ago. Not surprisingly, it might be the most personal work of his career — and the most compelling album he’s made in ages.

WHAT DOES IT SOUND LIKE? To his credit, it doesn’t just sound like a watered-down Everclear record. For these 11 stocktaking songs, Alexakis steers clear of the post-grunge pop-rock of his day job in favour of rootsier and more acoustic-based fare. Between that and his slightly lazy drawled vocals, he ends up sounding a lot like folk-punk Tom Petty with a bleaker worldview.

WHAT SHOULD IT BE TITLED? Neverclearer.

HOW SHOULD I LISTEN TO IT? While comparing aches, pains, battle scars, chronic conditions and assorted symptoms with all the other rapidly deteriorating old punks in your world.

WHAT ARE THE BEST SONGS? The swampy and slide-laced blues of House With a Pool, the punk-nostalgia tale Orange, the moving Hot Water Test (about his medical diagnosis) and the political thumper White People Scare Me are all standouts — but truth is, Alexakis pretty much bats 1000 here.

WHAT WILL MY FRIENDS SAY? ‘I can’t believe I’m listening to an Art Alexakis album. And that I want to listen to it again.’

HOW OFTEN WILL I LISTEN TO THIS? The older you are, the more meanigful it is.

IF THIS ALBUM WERE A RELATIVE, WHO WOULD IT BE? That cool uncle you loved as a kid but haven’t seen for a few years.

SHOULD I BUY, STREAM OR STEAL IT? Based on the current status of the American health-care system, he can definitely use the money. And deserves it.