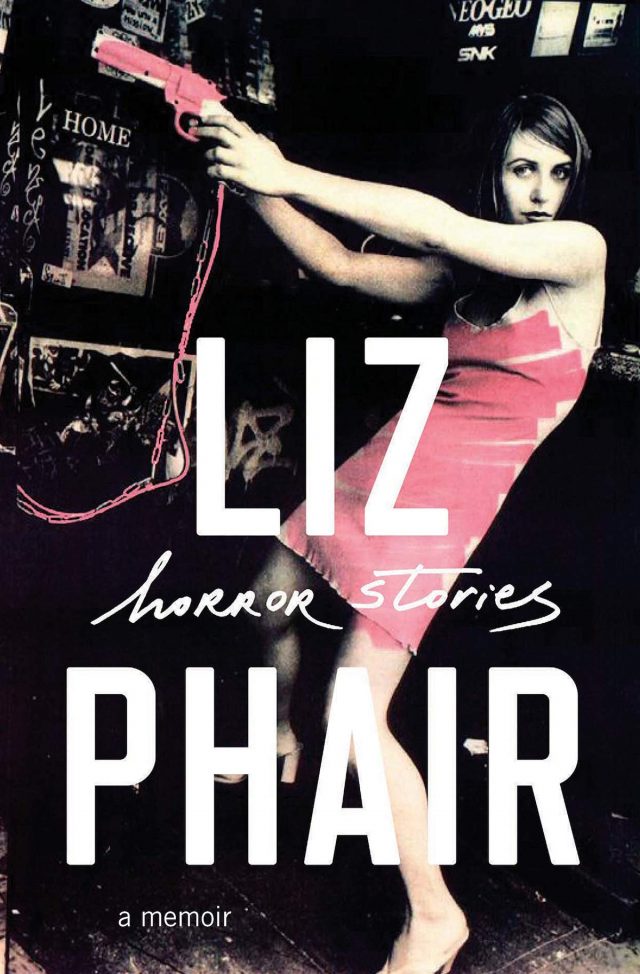 Every rock musician and pop star has a story to tell — and plenty of them are sharing theirs this week. Here’s the lowdown: 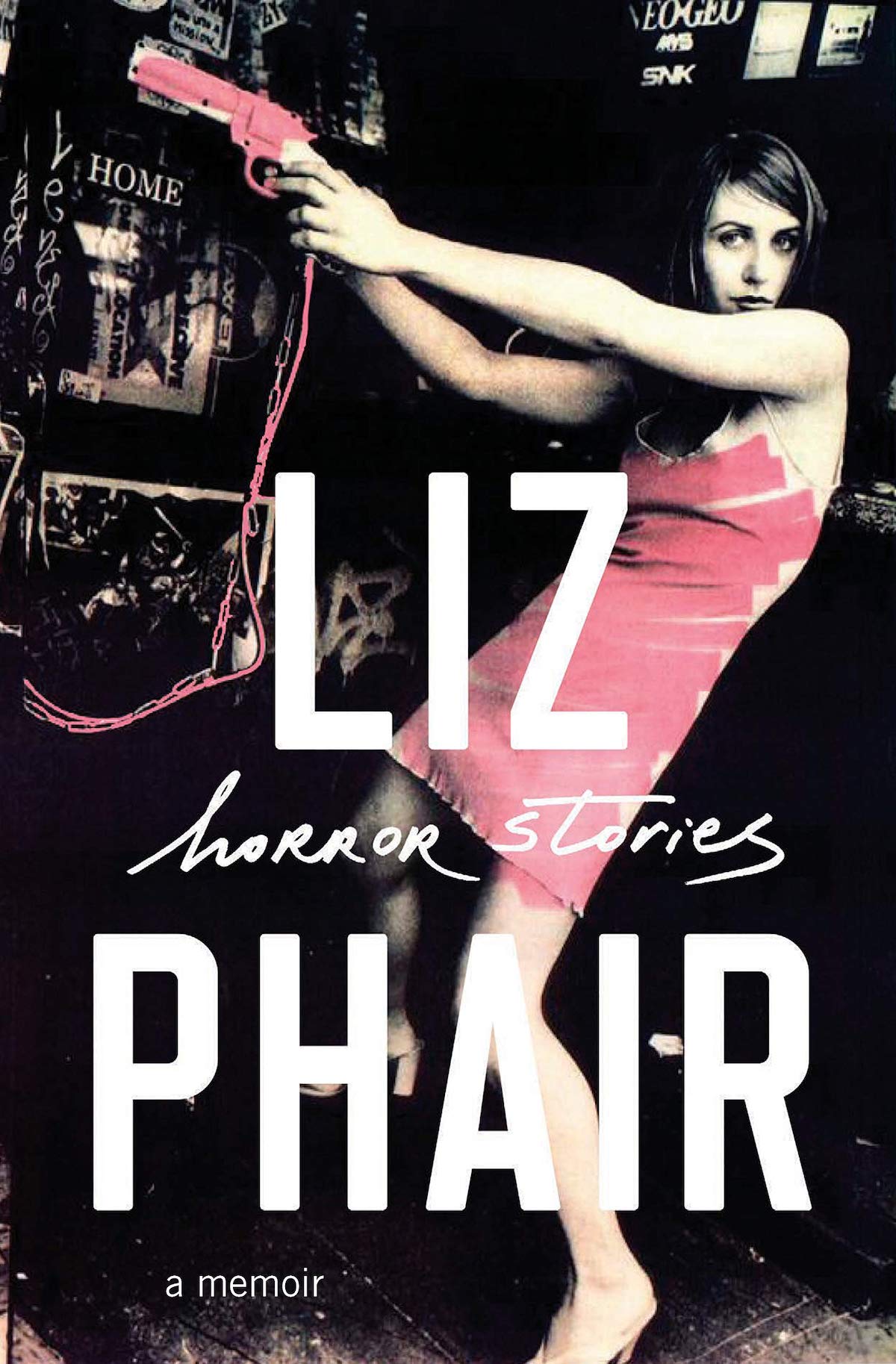 THE PRESS RELEASE: “When Liz Phair shook things up with her musical debut, Exile in Guyville — making her as much a cultural figure as a feminist pioneer and rock star — her raw candor, uncompromising authenticity, and deft storytelling inspired a legion of critics, songwriters, musicians, and fans alike. Now, like a Gen X Patti Smith, Liz Phair reflects on the path she has taken in these piercing essays that reveal the indelible memories that have stayed with her. For Phair, horror is in the eye of the beholder — in the often unrecognized universal experiences of daily pain, guilt, and fear that make up our humanity. Illuminating despair with hope and consolation, tempering it all with her signature wit, Horror Stories is immersive, taking readers inside the most intimate junctures of Phair’s life, from facing her own bad behavior and the repercussions of betraying her fundamental values, to watching her beloved grandmother inevitably fade, to undergoing the beauty of childbirth while being hit up for an autograph by the anesthesiologist.” 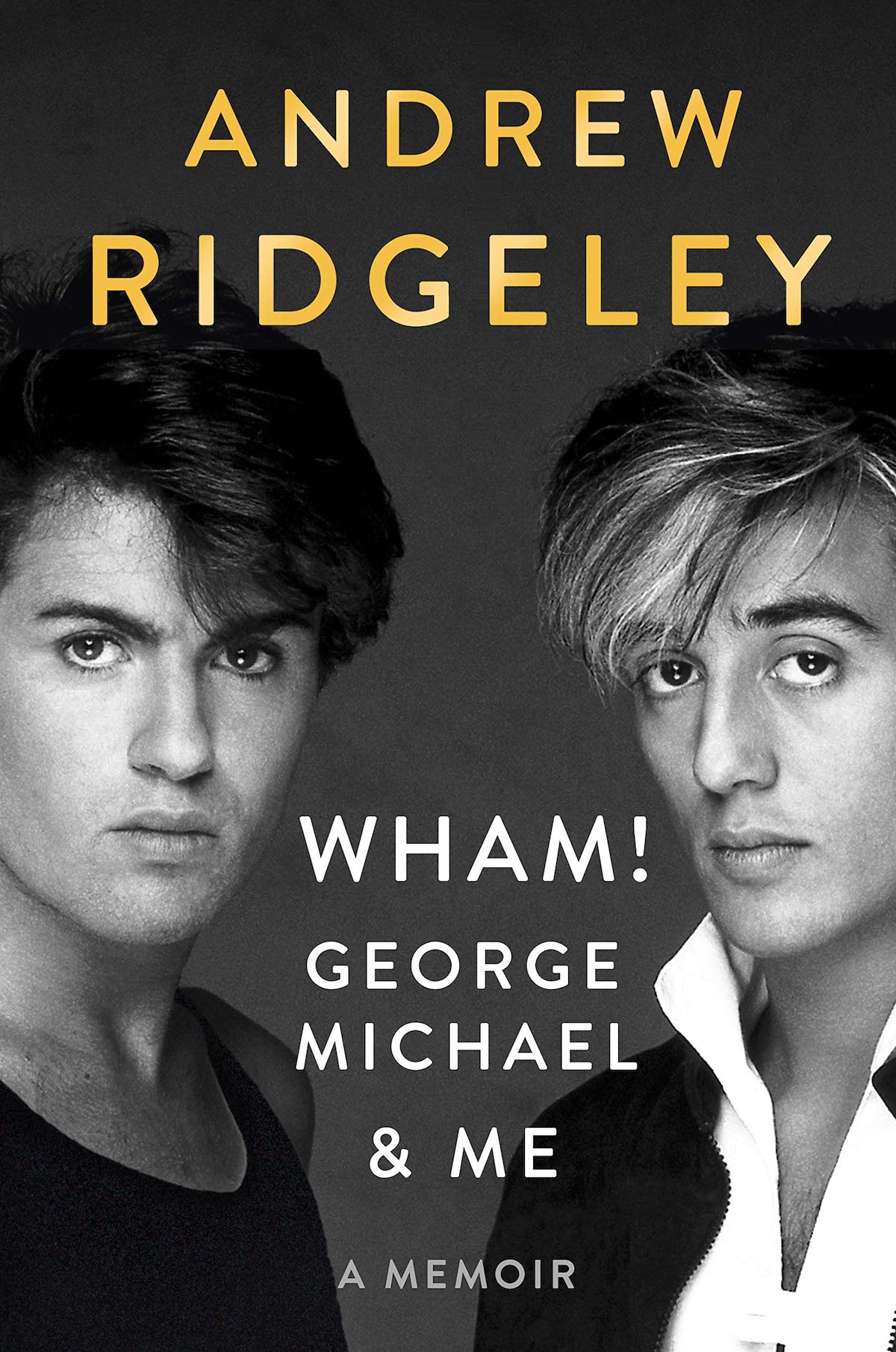 Wham!, George Michael and Me: A Memoir
By Andrew Ridgeley

THE PRESS RELEASE: “In 1975 Andrew took a shy new boy at school under his wing. They instantly hit it off, and their boyhood escapades at Bushy Meads School built a bond that was never broken. The duo found themselves riding an astonishing roller coaster of success, taking them all over the world. They made and broke iconic records, they were treated like gods, but they stayed true to their friendship and ultimately to themselves. It was a party that seemed as if it would never end. And then it did, in front of tens of thousands of tearful fans at Wembley Stadium in 1986. Andrew’s memoir covers in wonderful detail those years, up until that last iconic concert: the scrapes, the laughs, the relationships, the good, and the bad. It’s a unique and one-and-only time to remember that era, that band, and those boys.” 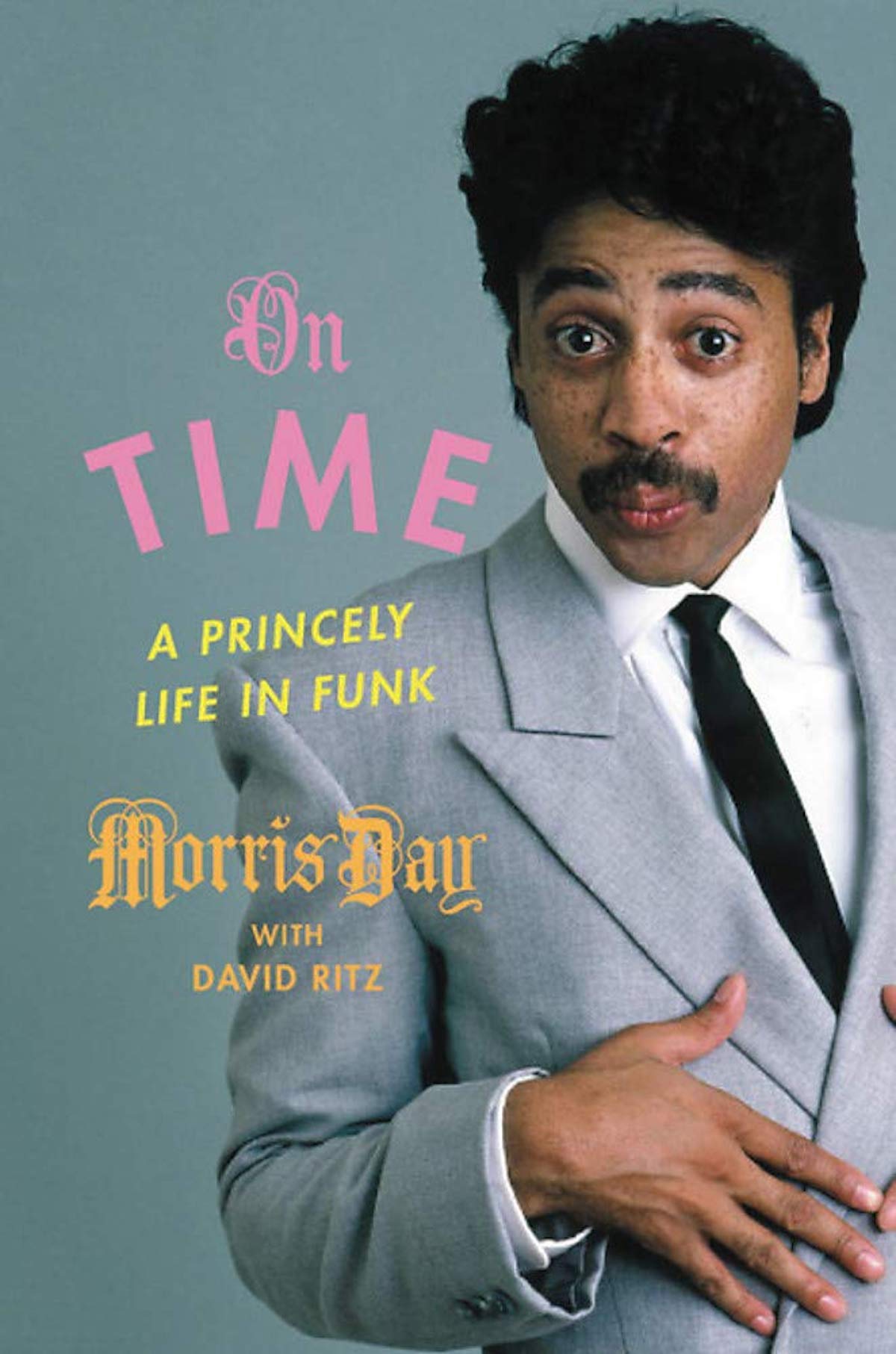 On Time: A Princely Life in Funk
By Morris Day & David Ritz

THE PRESS RELEASE: “Brilliant composer, smooth soul singer, killer drummer, and charismatic band leader, Morris Day, has been a force in American music for the past four decades. In On Time, the renowned funkster looks back on a life of turbulence and triumph. He chronicles his creative process with an explosive prose that mirrors his intoxicating music. Morris’ story is a fast-paced page-turner replete with unexpected twists and shocking surprises. A major and fascinating theme is his lifelong friendship and years of musical partnership with Prince, from their early days on the Minneapolis scene to selling out stadiums and duking it out as rivals in Purple Rain. Eventually, Morris went on to release four albums with a new band of his very own, the legendary Time. He battled his addictions and came out victorious. But not before increasing tensions and embittered rivalry between Prince and the Revolution and Morris Day and the Time led the two performers towards separate paths. Through the years, the fierce brotherly love between Morris and Prince kept bringing them back together, over and over again-until pride, ego, and circumstance interfered. Two months before Prince’s untimely death, the two finally reconnected and started to make amends. But Morris could’ve never imagined it would be the last time he’d ever see his friend again.” 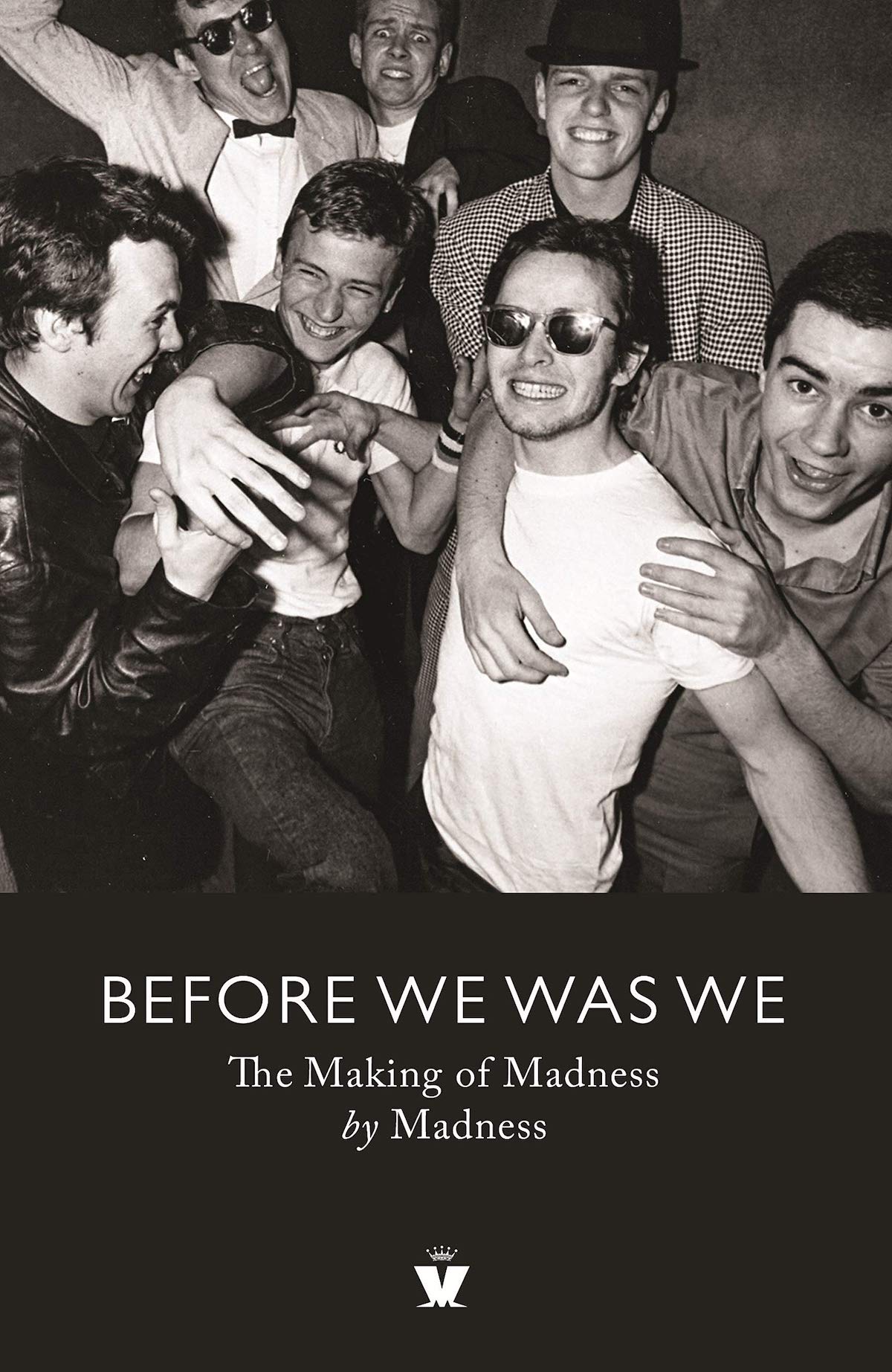 Before We Was We: Madness by Madness
By Madness

THE PRESS RELEASE: “In Before We Was We, their first official book, Madness tell us how they became them. A story of seven originals, whose collective graft, energy and talent took them from the sweaty depths of the Hope & Anchor’s basement to the Top of the Pops studio. In their own words they each look back on their shared adventures. Playing music together, riding freight trains, spraying graffiti and stealing records. Walking in one another’s footsteps by day and rising up through the city’s exploding pub music scene by night. Before We Was We is irreverent, funny and full of character. Just like them.” 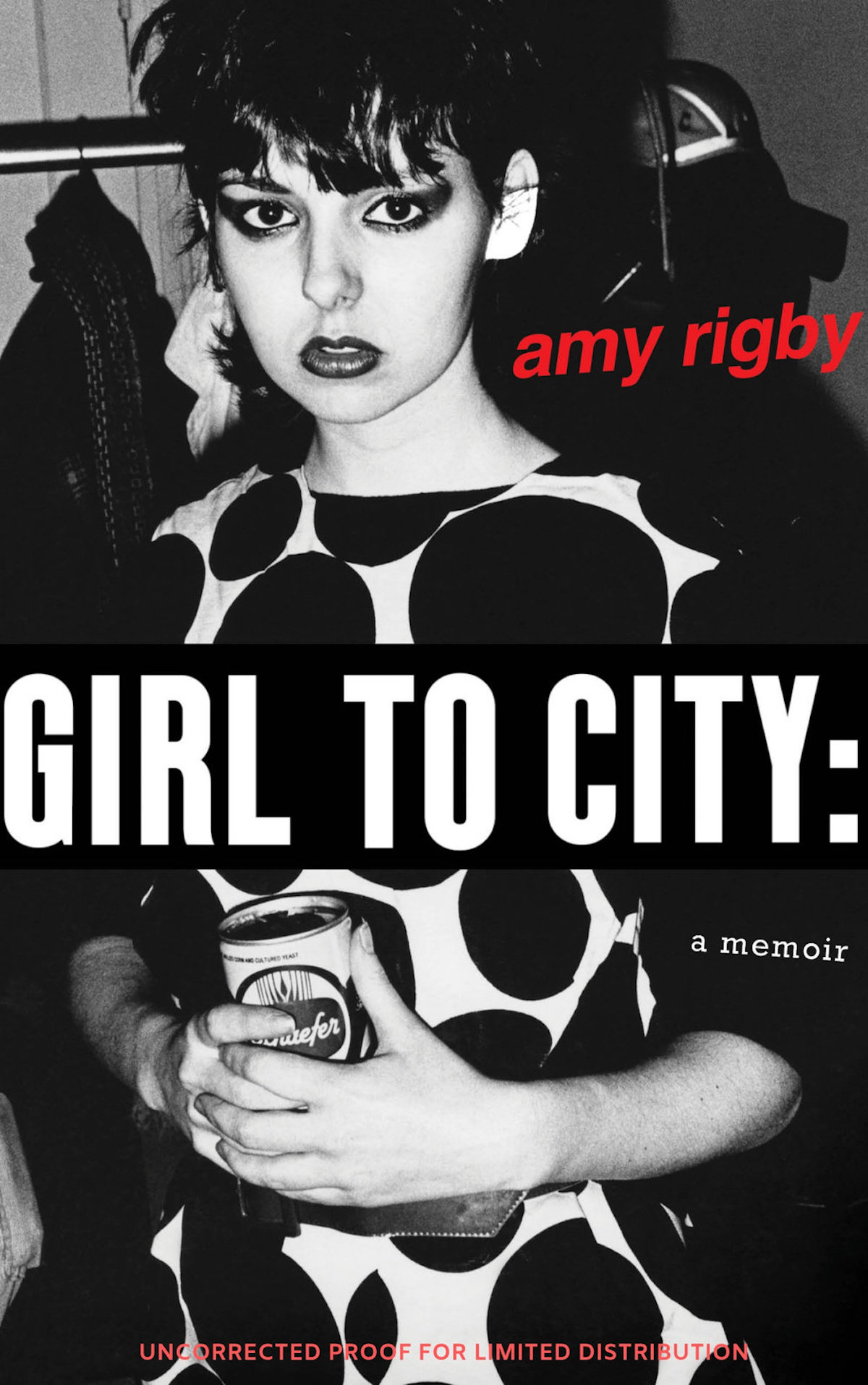 Girl To City: A Memoir
By Amy Rigby

THE PRESS RELEASE: “Girl to City follows one young woman’s progression from Elton John fan in the Pittsburgh suburbs to Manhattan art student; from punk show habitué to fledgling musician to cult singer-songwriter who caused a sensation with 1996 debut solo album Diary Of A Mod Housewife. Set in a ramshackle twentieth century New York world of homemade clubs and bands, through love affairs, temp jobs and motherhood, Girl to City describes the screw-ups and charmed moments it took for a girl in the crowd at CBGB to pick up a guitar and sing her truth on stage, creating an identity as an artist back when female musician role models were still rare. For anyone who ever imagined trying to make a life out of what they love.” 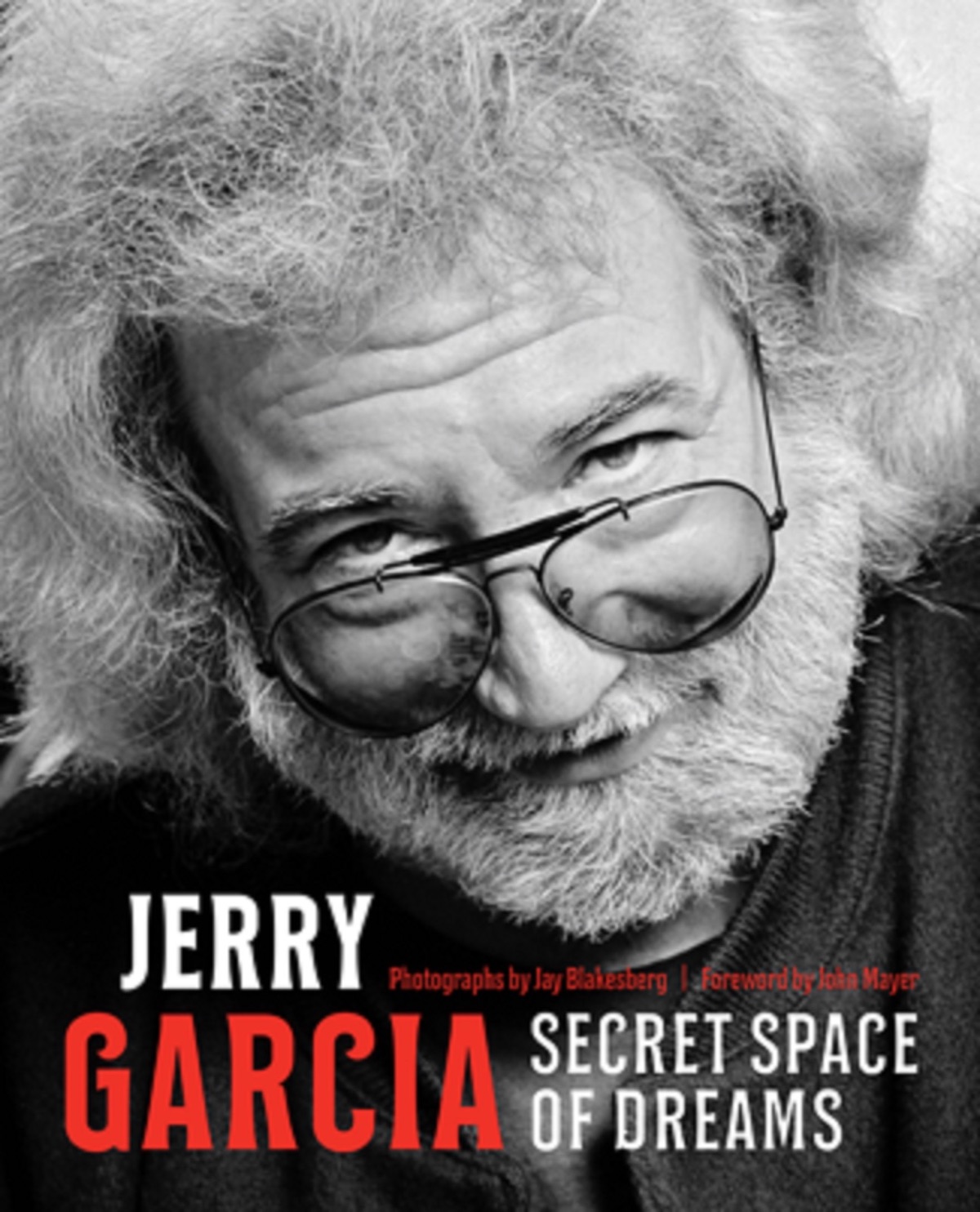 THE PRESS RELEASE: “Jerry Garcia: Secret Space of Dreams is a hard cover coffee table book that will bring together, for the first time, a comprehensive collection of photographs of Jerry Garcia taken by renowned Grateful Dead photographer Jay Blakesberg. The focus of the book is to present a collection of Jay’s iconic images of Garcia from 1978 until Garcia’s death in 1995. The book will include photographs of Garcia with members of the Grateful Dead as well as guest musicians and solo projects Jerry worked on. Since Jerry Garcia’s passing, the band’s popularity has remained immense as evidenced by their continued merchandise sales, acclaimed 50th anniversary Fare Thee Well concerts in 2015 and ongoing tours by surviving members. The book will include quotes from many notable musicians who were influenced and inspired by Jerry Garcia.” 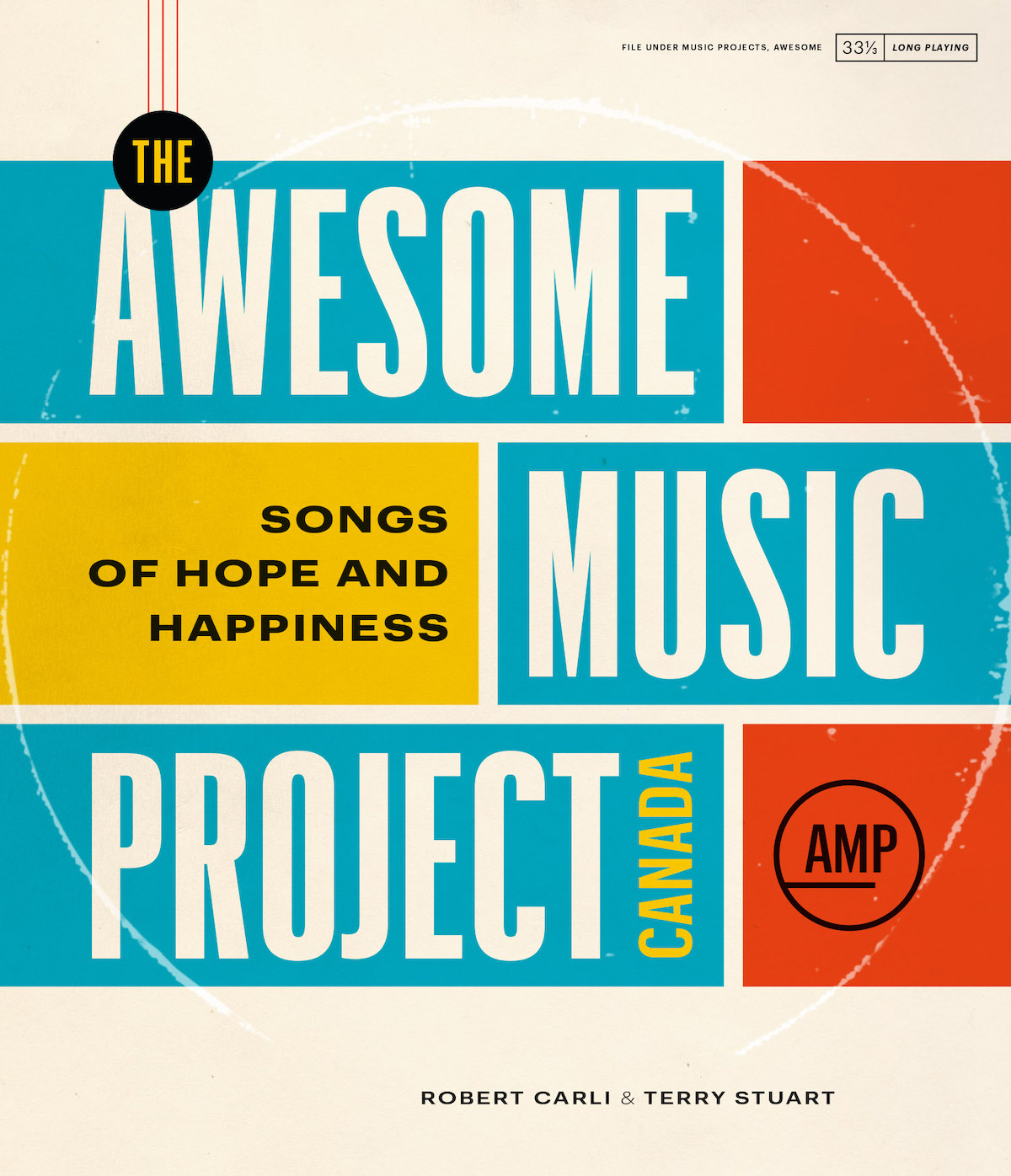 THE PRESS RELEASE: “Music heals us. It can provide solace in difficult times, and help us celebrate moments of joy. The transformative power of music is at the heart of this compilation of intimate recollections by Canadians from every province and territory. In these remarkable stories, Canadians from all walks of life – including world-renowned celebrities from Sarah McLachlan and Chris Hadfield to Madeleine Thien and Theo Fleury – share how music changed their lives. The Awesome Music Project Canada: Songs of Hope and Happiness is a beautifully illustrated tribute to the music that comforts us, moves us, and lifts our spirits. Rounding out the book are descriptions of the neurological research confirming that music is good for us. It improves our mental, emotional, and physical health, wards off depression, and even delays dementia. Put simply: music makes us feel good. Written for the music lover in all of us, proceeds from The Awesome Music Project Canada will go to music and mental health research, starting with the Centre for Addiction and Mental Health (CAMH), Canada’s largest mental health and addiction teaching hospital and one of the world’s leading research centres.”