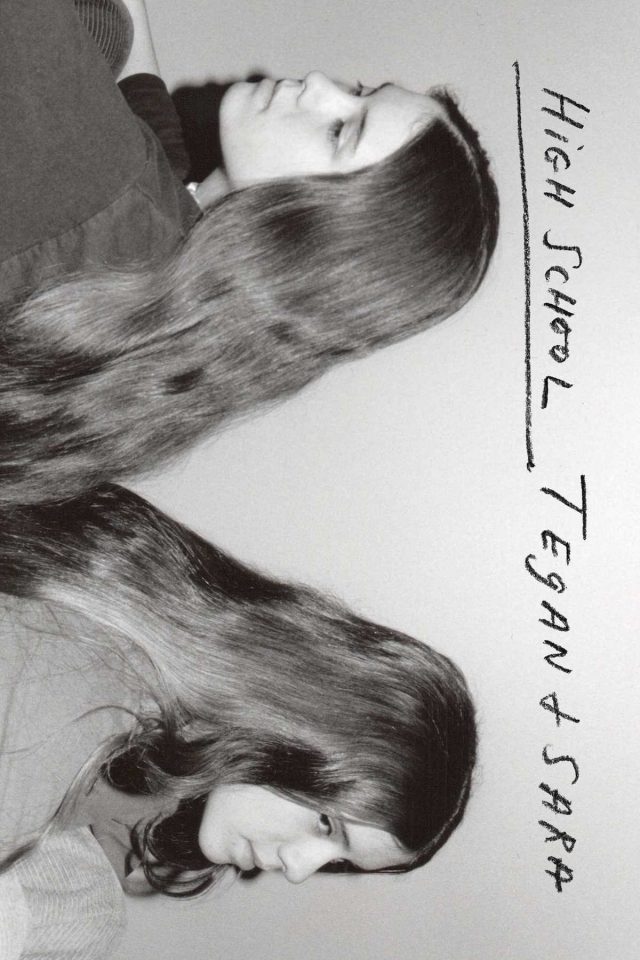 “I find television very educating. Every time somebody turns on the set, I go into the other room and read a book.” Groucho Marx said that. And I’m not going to argue with Groucho. I don’t know if any of these books would interest him, but they might interest you: 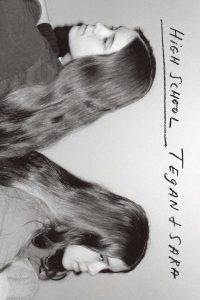 THE PRESS RELEASE: “High School is the revelatory and unique coming-of-age story of Sara and Tegan Quin, identical twins from Calgary growing up in the height of grunge and rave culture in the 90s, well before they became the celebrated musicians and global LGBTQ icons we know today. While grappling with their identity and sexuality, often alone, they also faced academic meltdown, their parents’ divorce, and the looming pressure of what might come after high school. Written in alternating chapters from both Tegan’s point of view and Sara’s, the book is a raw account of the drugs, alcohol, love, music, and friendship they explored in their formative years. A transcendent story of first loves and first songs, it captures the tangle of discordant and parallel memories of two sisters who grew up in distinct ways even as they lived just down the hall from one another. This is the origin story of Tegan and Sara.” 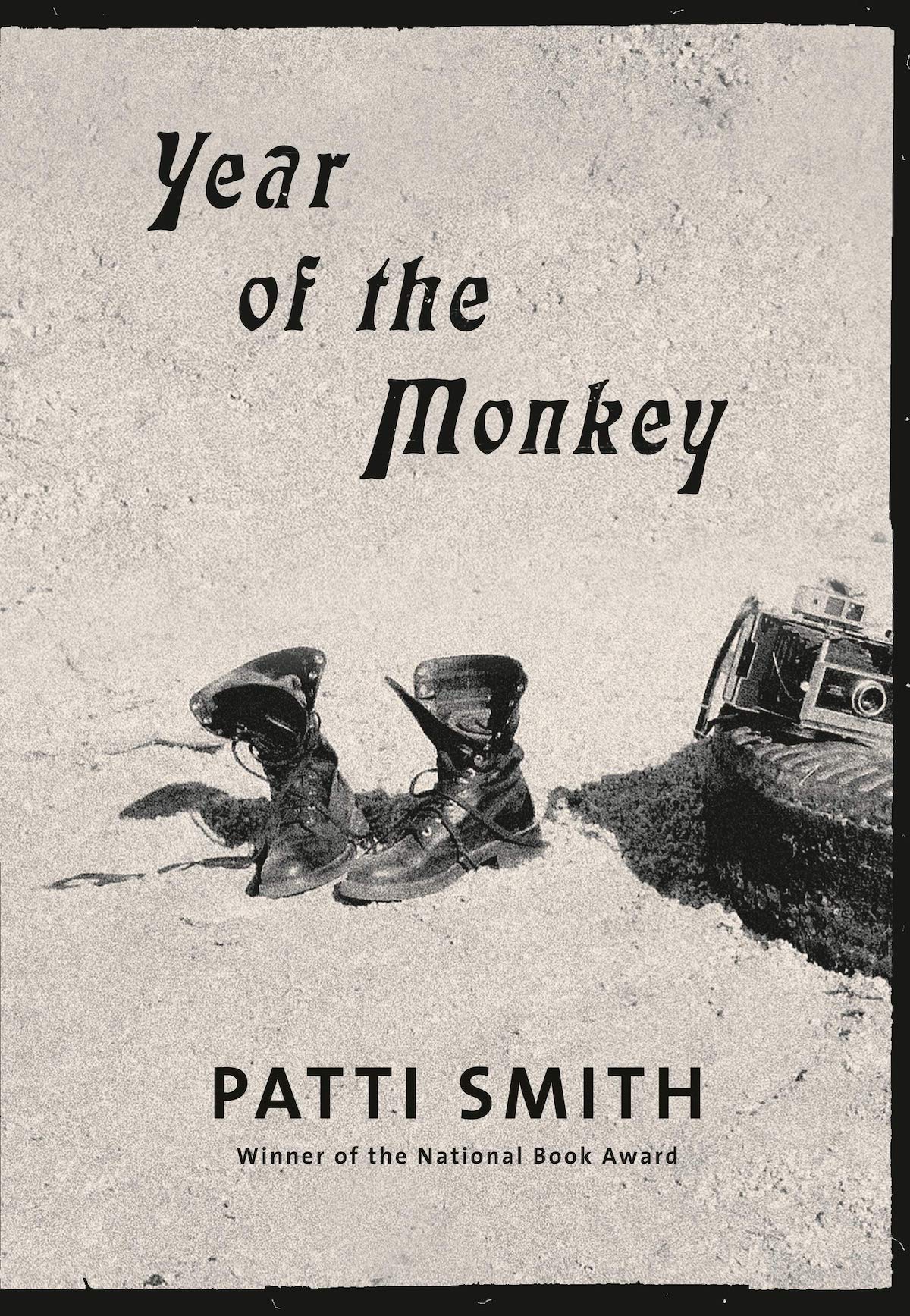 Year of the Monkey
By Patti Smith

THE PRESS RELEASE: “Following a run of New Year’s concerts at San Francisco’s legendary Fillmore, Patti Smith finds herself tramping the coast of Santa Cruz, about to embark on a year of solitary wandering. Unfettered by logic or time, she draws us into her private wonderland with no design, yet heeding signs — including a talking sign that looms above her, prodding and sparring like the Cheshire Cat. In February, a surreal lunar year begins, bringing with it unexpected turns, heightened mischief, and inescapable sorrow. In a stranger’s words, “Anything is possible: after all, it’s the Year of the Monkey.” For Smith — inveterately curious, always exploring, tracking thoughts, writing — the year evolves as one of reckoning with the changes in life’s gyre: with loss, aging, and a dramatic shift in the political landscape of America. Smith melds the western landscape with her own dreamscape. Taking us from California to the Arizona desert; to a Kentucky farm as the amanuensis of a friend in crisis; to the hospital room of a valued mentor; and by turns to remembered and imagined places, this haunting memoir blends fact and fiction with poetic mastery. The unexpected happens; grief and disillusionment set in. But as Smith heads toward a new decade in her own life, she offers this balm to the reader: her wisdom, wit, gimlet eye, and above all, a rugged hope for a better world. Riveting, elegant, often humorous, illustrated by Smith’s signature Polaroids, Year of the Monkey is a moving and original work, a touchstone for our turbulent times.” 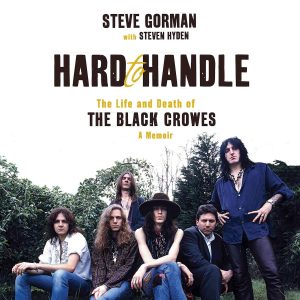 Hard to Handle: The Life and Death of the Black Crowes
By Steve Gorman & Steven Hyden

THE PRESS RELEASE: For over two decades, The Black Crowes topped the charts and reigned supreme over the radio waves, even as hair bands, grunge, and hip-hop threatened to dethrone them. With hits like Hard to Handle, She Talks to Angels, and Remedy, their massive success launched them to stardom in the early ’90s, earning them a place among rock royalty. But stardom can be fleeting. For The Black Crowes, success slowly dwindled as the band members got caught up in the rock star world and lost sight of their musical ambition. Founding member Steve Gorman was there for all of it — the coke and weed-fueled tours; the tumultuous recording sessions; the backstage hangs with legends like Robert Plant, Jimmy Page, and The Rolling Stones. As the band’s drummer and voice of reason, he tried to keep The Black Crowes together musically — and in one piece emotionally. In his first-person history, Hard To Handle — the first ever account of this great American rock band’s beginning, middle, and end — Gorman makes it clear just how impossible that job was. Fortunately, Gorman tells the tale with great insight, candor, and humor. They don’t make bands like The Black Crowes anymore: crazy, brilliant, self-destructive, inspiring, and, ultimately, not built to last. But, man, what a ride it was while it lasted.” 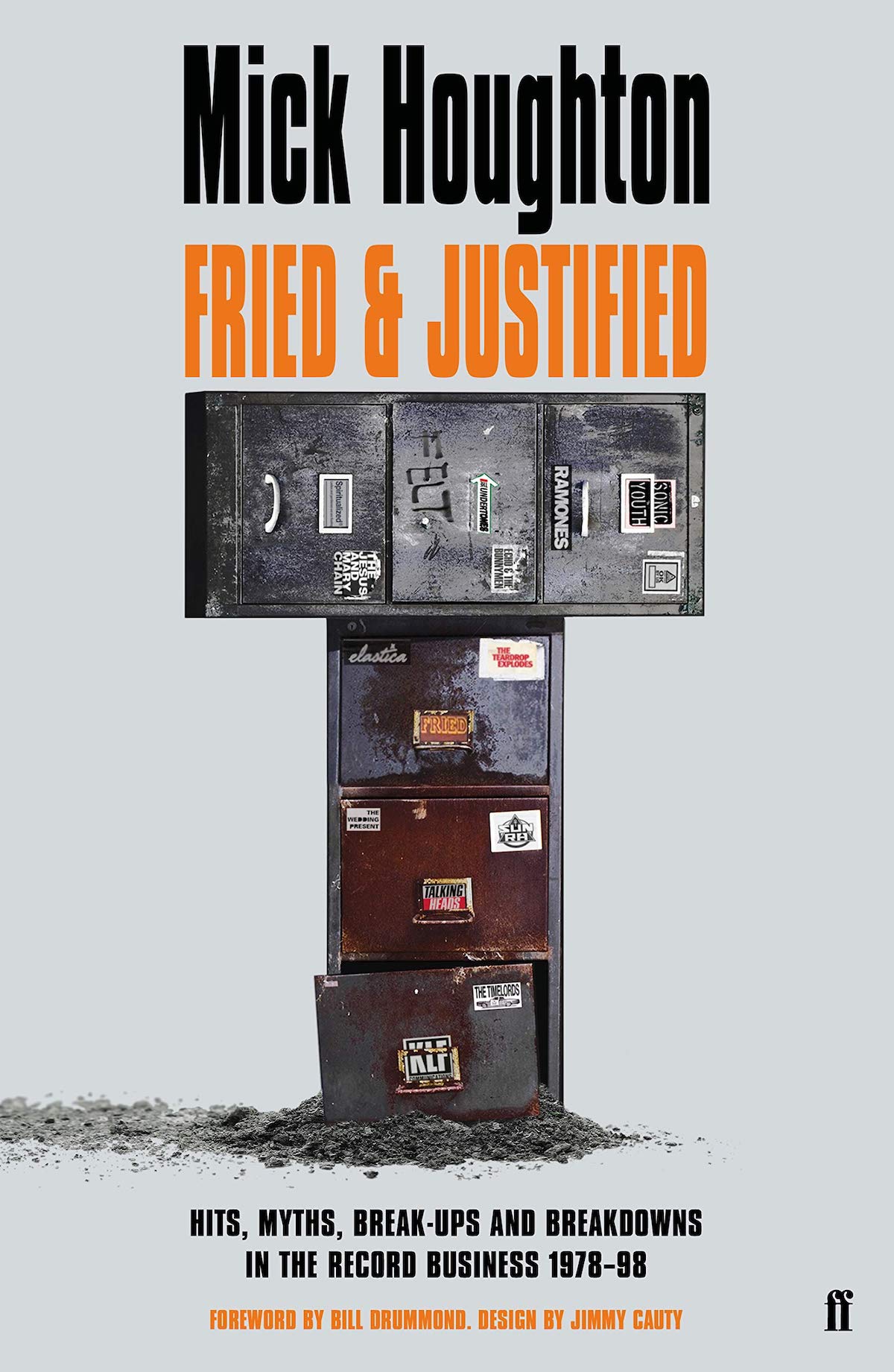 THE PRESS RELEASE: “In 1980, Mick Houghton set up his own PR company, Brassneck Publicity, and for the next twenty years the list of his charges reads like a Who’s Who of some of the greatest, most influential, and most dysfunctional cult groups of the post-punk era and beyond – Jesus and Mary Chain, Felt, Sonic Youth, The Wedding Present, and Spiritualized among them. But the acts Houghton is most closely identified with are Echo & the Bunnymen, Julian Cope, The Teardrop Explodes, and the Justified Ancients of Mu Mu in all their guises. Between them, these three groups played a significant part in shaping the musical landscape of the 1980s and 1990s, and — as confidant and co-conspirator — Houghton was always with them along the way, carefully navigating the minefield of rivalries and contrasting fortunes. It is Houghton’s indefatigable belief that it was always the music that came first and it is his knack of attracting so-called difficult and troubled artists that makes Fried & Justified such an amusing, insightful and uplifting tale.” 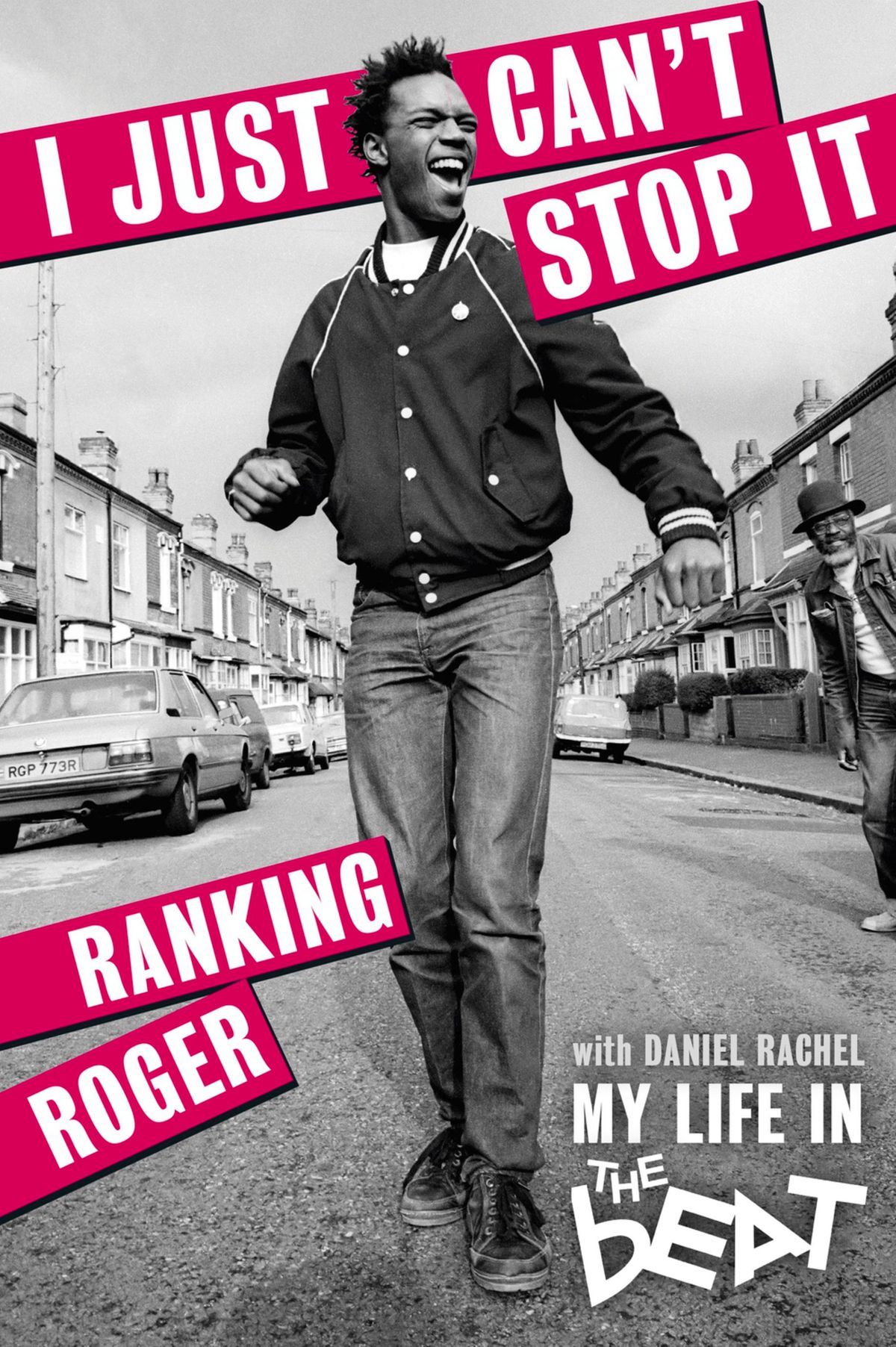 I Just Can’t Stop It: My Life in the Beat
By Ranking Roger & Daniel Rachel

THE PRESS RELEASE: “As the enigmatic frontman of the multicultural band The Beat, Ranking Roger represented the youthful and joyous sound of the post-punk 2 Tone movement. As well as his illustrious career with The Beat and its subsequent iterations, this absorbing book explores Roger’s upbringing as a child of the Windrush generation, touring America and his outstanding collaborations with artists such as The Clash, The Police and The Specials.” 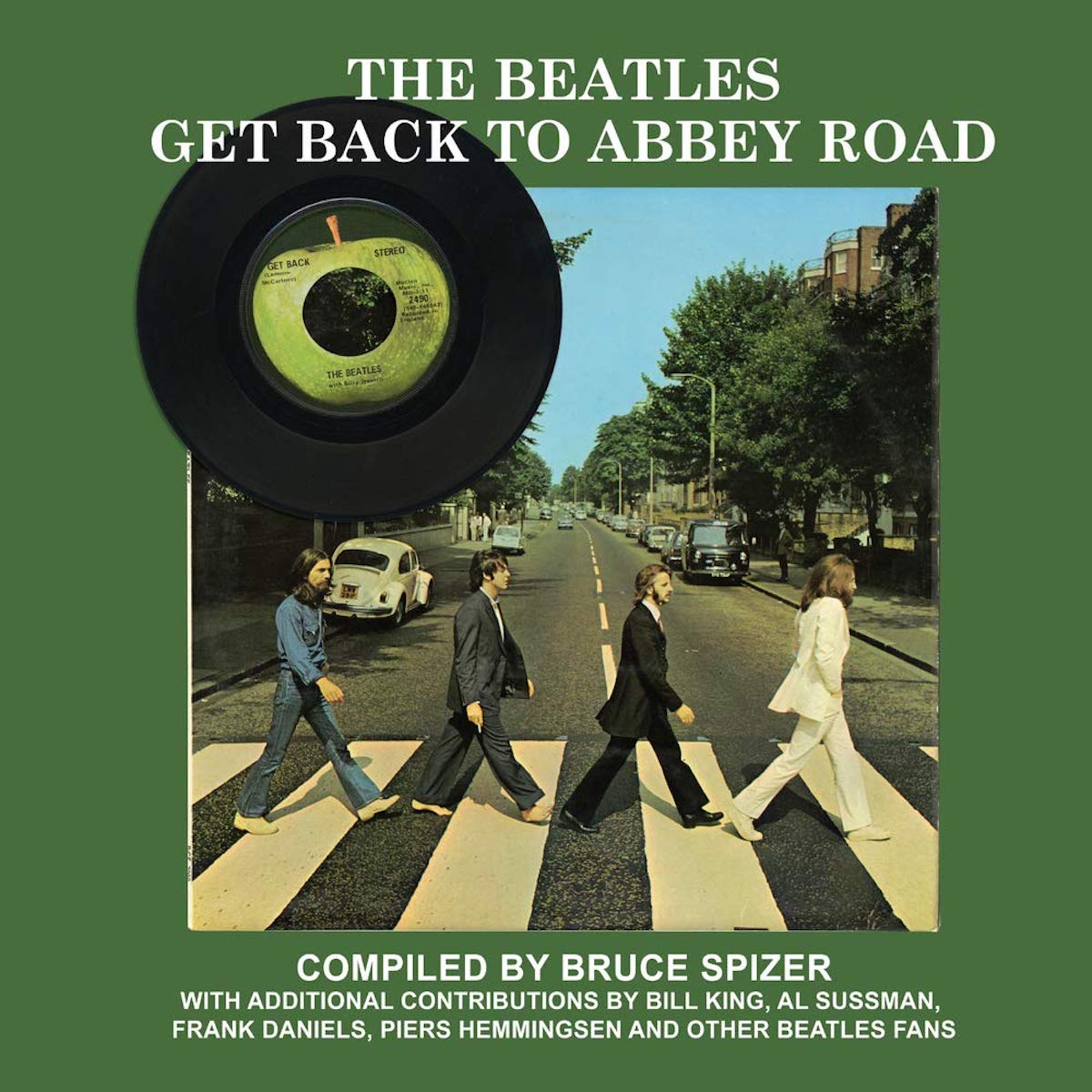 The Beatles Get Back to Abbey Road
By Bruce Spizer

THE PRESS RELEASE: “In January 1969, The Beatles abandoned the familiar confines of EMI Studios on Abbey Road by rehearsing at Twickenham Film Studios and recording an album’s worth of songs in the basement and on the roof of Apple’s Sevile Row headquarters. The Beatles began recording sessions with three different producers — Glyn Johns, George Martin, and Chris Thomas — alternating at the helm. After this erratic start to the year, the group decided it was time to get back to where they once belonged. That July, the Beatles returned to Abbey Road, where seven years earlier they had their first recording session with George Martin. The band recaptured the magic and camaraderie that was missing during the January sessions, and the resulting album, Abbey Road, quickly topped the charts in both the UK and the US. Although the group’s January 1969 recordings would eventually be issued on Let It Be in May 1970, Abbey Road would be the last album recorded by The Beatles. This latest book in Bruce Spizer’s Beatles album series covers all of the records released by The Beatles in 1969, from Get Back onward.” 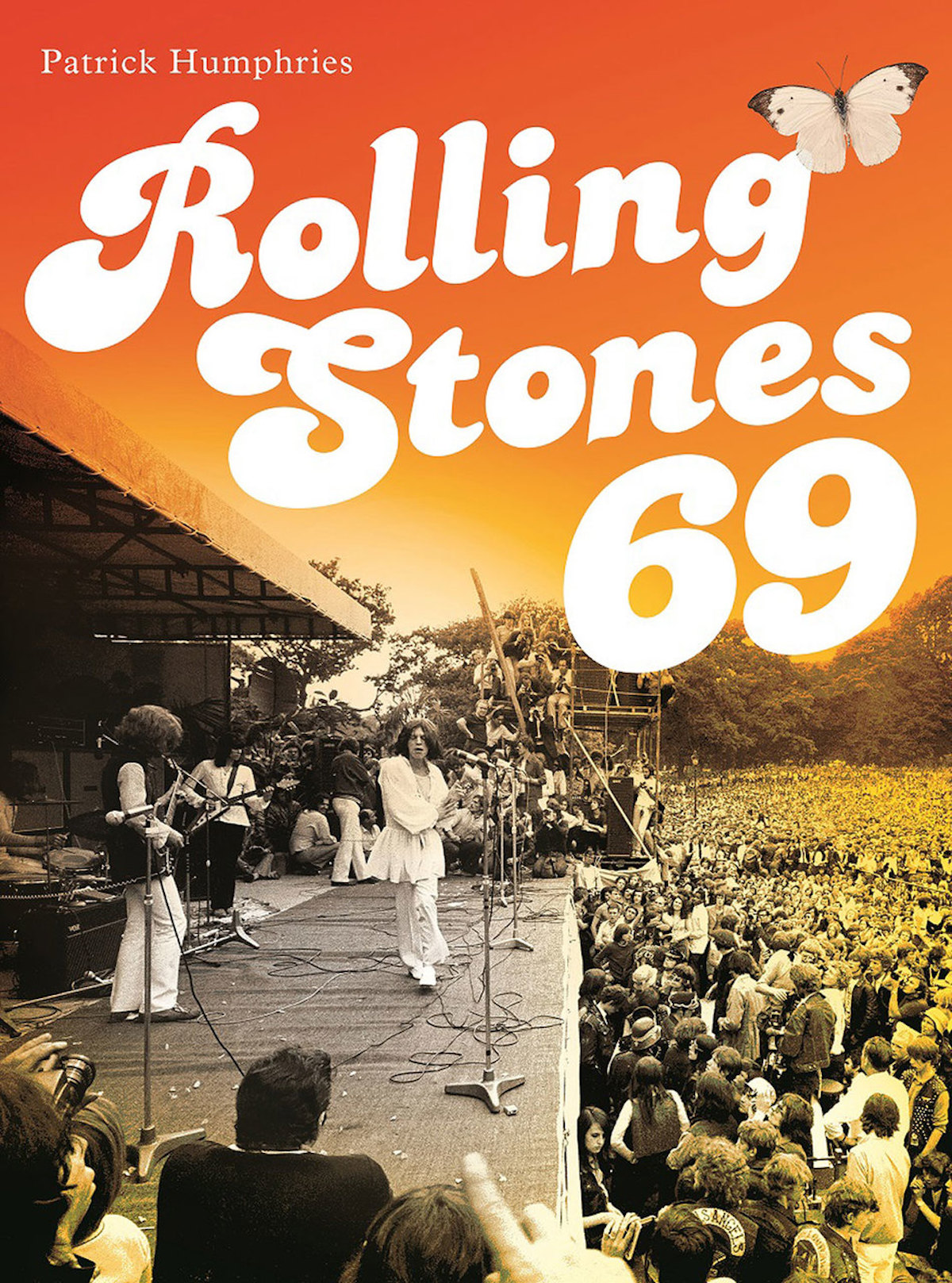 THE PRESS RELEASE: “Against a backdrop of social unrest and protests The Rolling Stones entered 1969 as a successful blues band that had experimented with psychedelia but were returning to their rock ‘n’ roll roots. By the end of 1969 they had released a stone cold classic, lost one of their founding members, played an era defining concert at Hyde Park to half a million people and seen a fan stabbed to death at their concert in Altamont. This is the story of how 1969 cemented the Stones as “the greatest rock & roll band in the world.” 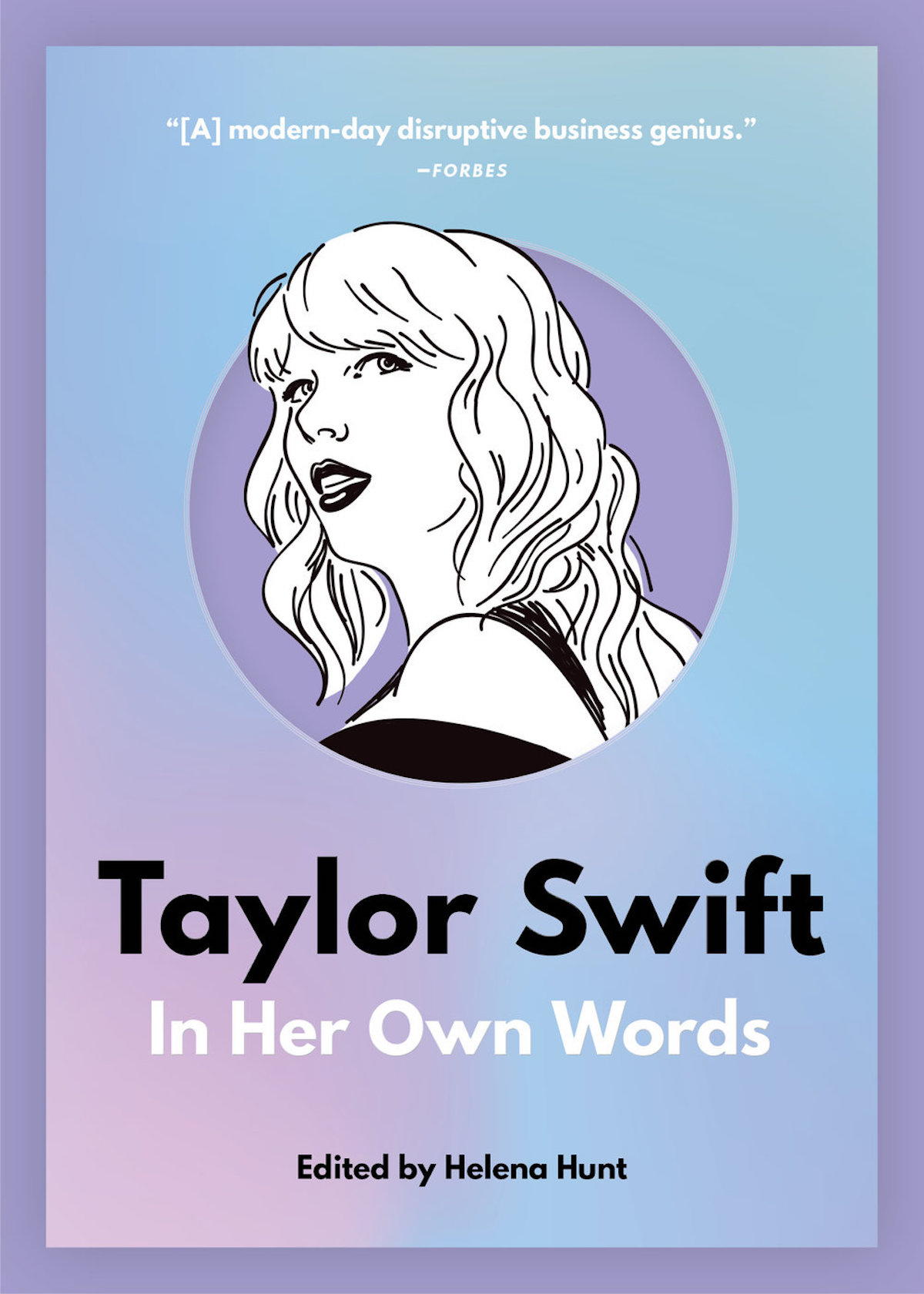 Taylor Swift: In Her Own Words
By Helena Hunt

THE PRESS RELEASE: “This collection of quotes has been carefully curated from Swift’s numerous public statements-interviews, op-eds, social media posts, and more. It’s a comprehensive picture of her meteoric rise to the top, her ever-savvy business sense, and her increasingly vocalized perspective on the music world and beyond. Swift’s catchy, chart-topping songs have propelled her to become one of the bestselling musicians of all time. But in the 15 years she’s been making music, she has also amassed enough power to buck the norms of an industry notorious for controlling the images of its often very young female artists. Swift’s achievements have earned her spots on both Forbes’ Most Powerful Women and Time’s 100 Most Influential People lists. Now, for the first time, you can find her most inspirational, thought-provoking quotes in one place.” 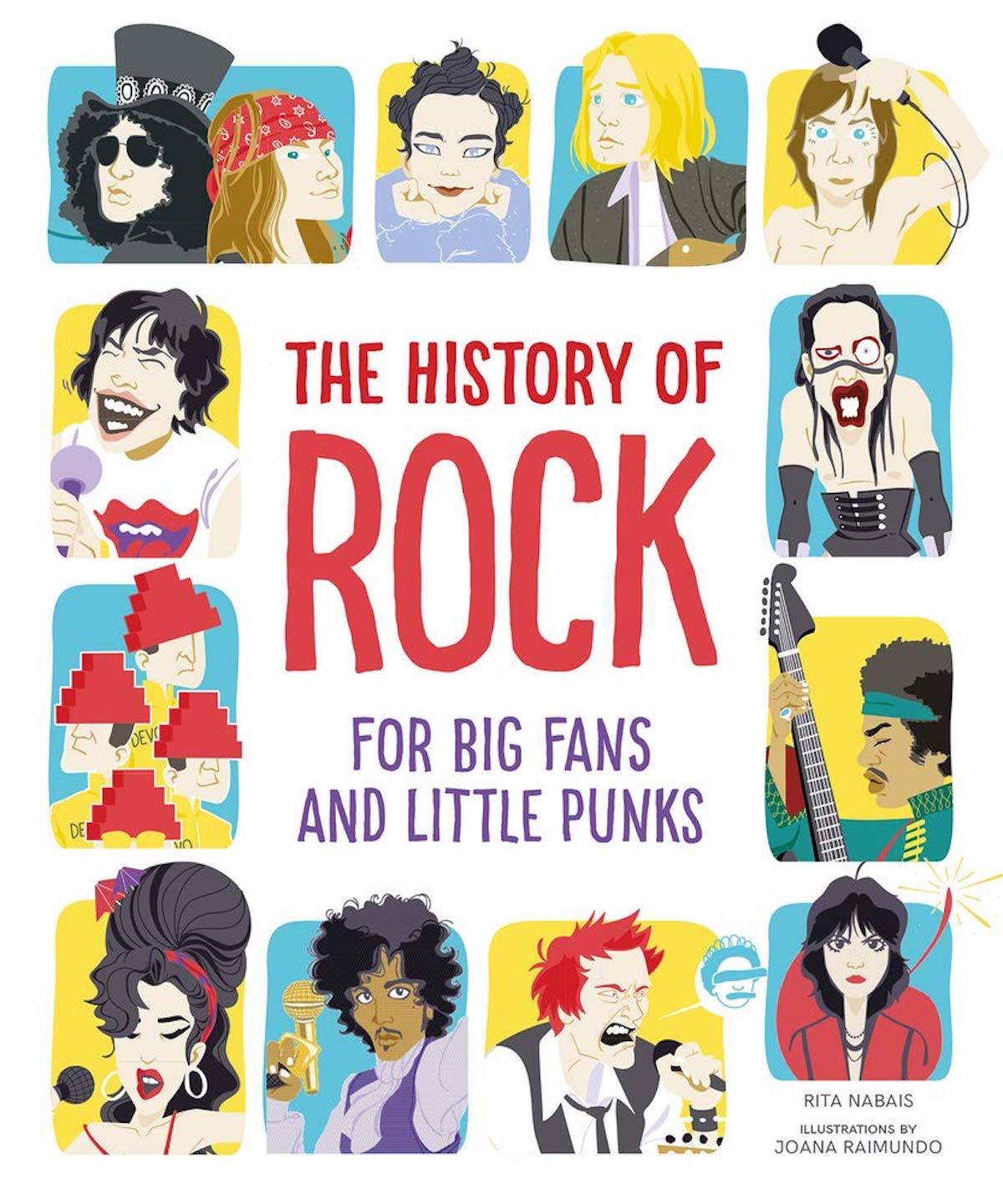 The History of Rock: For Big Fans and Little Punks
By Rita Nabais and Joana Raimundo

THE PRESS RELEASE: “The History of Rock: For Big Fans and Little Punks is a magical mystery tour through popular music history, featuring trailblazing acts from the 1950s to the present. Colorful, stylish illustrations bring to life artists like Jimi Hendrix, David Bowie, Joan Jett, and Madonna, plus bands such as The Beatles, The Clash, Beastie Boys, and Pearl Jam, all of whom have inspired countless boys and girls to become musicians over the past 70 years.”