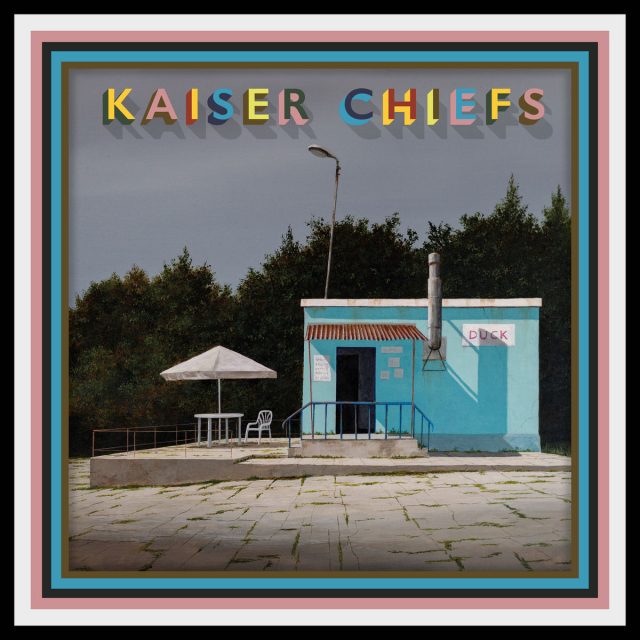 WHO ARE THEY? The long-serving, chart-topping British pop-rockers fronted by singer Ricky Wilson, Kaiser Chiefs have never managed to duplicate their success and popularity on this side of the Atlantic.

WHAT IS THIS? Their seventh studio album in 14 years — and the latest example of their slow but steady devolution from a spiky, edgy indie crew behind early hits like I Predict A Riot to an ultra-commercial crew of radio-ready tunesmiths.

WHAT DOES IT SOUND LIKE? Upbeat and enjoyable to be sure, but also slightly generic and overly slick.

WHAT WOULD BE A BETTER TITLE FOR THIS ALBUM? Well, if you’re going to choose from words that rhyme with Duck, Stuck is probably the most diplomatic option.

HOW SHOULD I LISTEN TO IT? On the jukebox, while playing darts or snooker at a bar that serves British beer on tap.

WHAT ARE THE BEST SONGS? Don’t Just Stand There, Do Something has a dash of Arctic Monkeys cheekiness, Record Collection delivers a decent synth-rock buzz, there’s no resisting the anthemic power of People Know How to Love One Another and bouncy album closer Kurt vs. Frasier (The Battle For Seattle) gets a point for quirkiness.

WHAT WILL MY FRIENDS AND FAMILY SAY? ‘Why is it called Duck?’

HOW OFTEN WILL I LISTEN TO THIS? Some of the singles might last the summer.

IF THIS ALBUM WERE A HOLIDAY, WHAT KIND OF HOLIDAY WOULD IT BE? A family-friendly package trip to all the tourist sites of London.

SHOULD I BUY, STREAM OR STEAL? I don’t predict you’ll buy it.