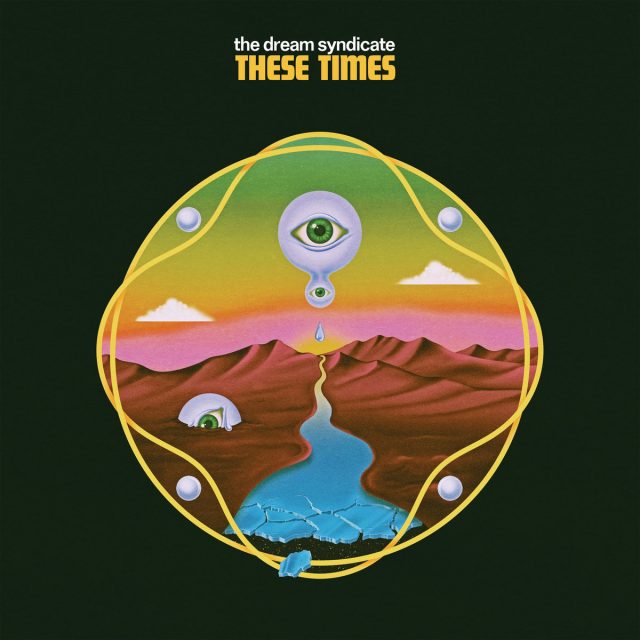 Name your favourite band from 1982. Where are they now? Long gone? Reliving the glory days in a casino? Raking in mega-bucks on a stadium tour? Either way, chances are their best years are behind them — unless your favourite band happens to be The Dream Syndicate. In that case, you’re in luck: Singer-guitarist Steve Wynn and his cohorts aren’t just alive and kicking; they continue to be as vital and vibrant as ever. That’s the unimpeachable takeaway from These Times, the L.A. legends’ sixth album and second full-length since reuniting in 2012. As usual, the 10-song album is anchored the band’s trademark mix of dreamy psychedelia, Velvets-style indie-rock and Paisley Underground jangle — all the better for Wynn to unspool searing, wiry solos to. But this time around, Wynn reportedly wrote all the lyrics in the studio after the band was finished tracking, simultaneously investing his words and his vocal performances — which still split the diff between Bob Dylan and Lou Reed — with a greater sense of urgency and sharper focus. So even if they weren’t your favourite band in 1982, they just might qualify today.