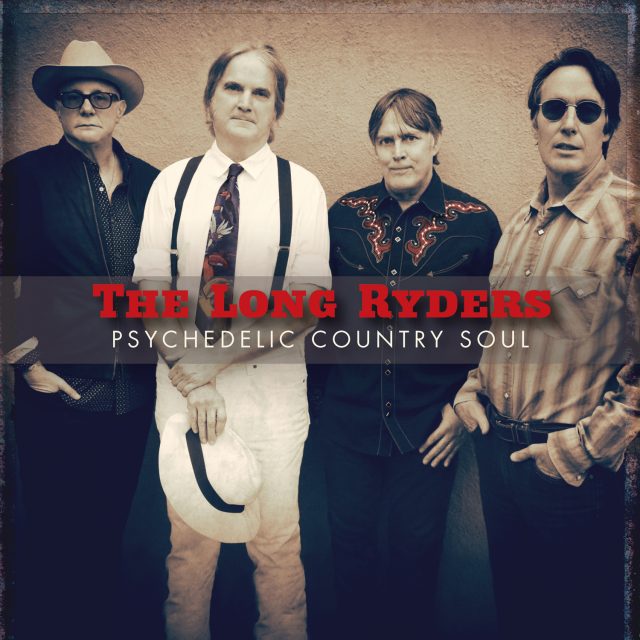 It’s been a long time coming. More than three decades, in fact. For those keeping score at home, we last heard new studio tracks from paisley cowpunks The Long Ryders way back in 1987, when the L.A. foursome released their mighty third album Two-Fisted Tales — and then promptly disbanded (save for the occasional reunion show). So who’s responsible for their unexpected comeback? Believe it or not, Dr. Dre. Or at least his assistant, a former Ryders roadie who got them a week in the gangsta-rap icon’s state-of-the-art studio on the house. The resulting tracks — produced by unofficial fifth Ryder and longtime Ramones producer Ed Stasium — pick up right where the band left off all those years ago. Which is to say: You get a slate of top-shelf alt-country, roots-rock and Americana. You get muscular garage-rock grit, swampy Band-style grooves, twangy licks and jangly Byrdsian riffs. You get rough ’n’ ready vocals that haven’t aged a bit and well-stacked harmonies (some contributed by contemporaries Debbi and Vicki Peterson of The Bangles). You get a Rubber Souled cover of Tom Petty’s Walls that delivers on the trippy promise of the album title (as does the eponymous closing cut). But mostly you get an album so solid, splendid and satisfying that it makes you wonder why the hell they made us wait three damn decades for it. On the plus side, you don’t have to stop here: Two-Fisted Tales and its 1984 predecessor State Of Our Union were recently reissued in expanded versions that include demos, outtakes and live recordings. We can only hope there’s also more where Psychedelic Country Soul came from. And that we don’t have to wait another 32 years to hear it.