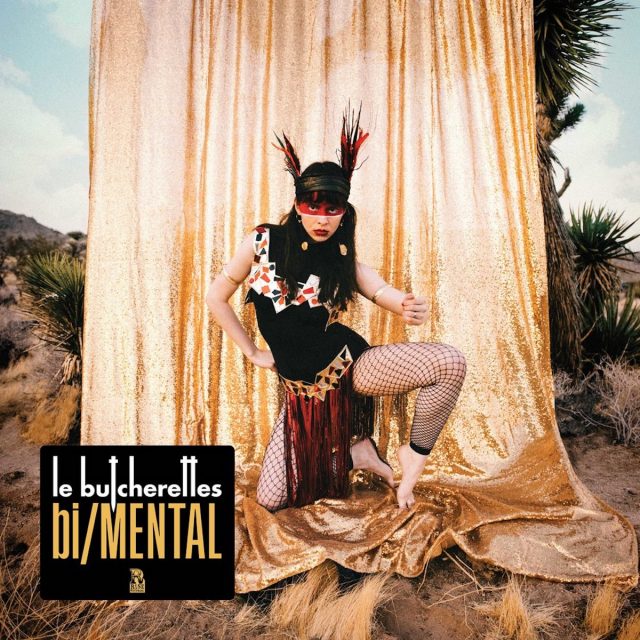 Suffering for your art is one thing. But what Teresa Suárez Cosío supposedly endured to create her band’s fourth album takes it to another level. According to reports, the singer-guitarist — a.k.a. Teri Gender Bender, the founder and fronter of Mexican-American foursome Le Butcherettes — started writing bi/MENTAL after locking herself in her room immediately following a violent fight with her bipolar mother that left her with stitches. It sounds almost unbelievable. Until, that is, you listen to unflinching autobiographical lyrics like, “My heart is headed out the door / Don’t need your abuse no more” and the pointed, “I’m giving up on you.” And if that doesn’t do the trick, the ferociously searing riffs, muscular beats and unsettling atmospheric keyboards that drive and define these 13 visceral and confrontational alt-rock tracks — all artfully produced by Jerry Harrison of Talking Heads — should definitely do the trick. Intensely grim yet ultimately empowering and uplifting, bi/MENTAL is Suárez Cosío and Le Butcherettes’ most powerful work to date. In more ways than one. And after what she went through, the least you could do is give it a spin.