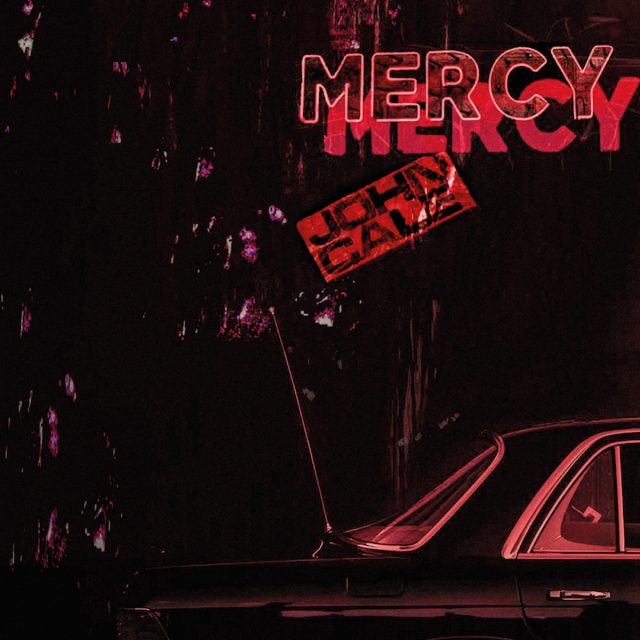 THE EDITED PRESS RELEASE: “John Cale’s engrossing 12-track Mercy — his first full album of new tunes in a decade — moves through true dark-night-of-the-soul electronic torment toward vulnerable love songs and hopeful considerations for the future with the help of some of music’s most curious young minds. Laurel Halo, Sylvan Esso, Weyes Blood, Animal Collective: They’re but half of the astounding cast here, brilliant musicians who climb inside Cale’s consummate vision of the world and help him redecorate there.

Cale turned 80 in March, and he’s watched as many peers and pals have passed away, particularly during the last decade. Mercy is the continuation of a long career’s work with wonder. Cale has always searched for new ways to explore old ideas of alienation, hurt, and joy; Mercy is the latest transfixing find of this unsatisfied mind.

The writings and recordings that shaped Mercy piled up for years, as Cale watched society totter at the brink of dystopia. Trump and Brexit, Covid and climate change, civil rights and right-wing extremism — Cale let the bad news of the day filter into his lines, whether that meant contemplating the sovereignty and legal status of sea ice melting near the poles or the unhinged arming of Americans in response to, well, everything.

As Cale considered these songs, he could hear other voices joining him and his nonpareil band. Animal Collective’s Panda Bear and Avey Tare became the split personalities locked inside Everlasting Days, representing Cale’s assorted shades of self. And he always imagined the lovestruck I Know You’re Happy as a fulsome duet, but only found his foil when Dev Hynes, who plays guitar here, introduced him to Tei Shi; in the last 90 seconds, she pulls the song skyward, two lovers achieving escape velocity in tandem. That song is a key to the puzzle of sublimation that happens during Mercy, an album borne of our shared anxieties but forever searching for redemption by all means available.

During Story Of Blood, after the holy piano prelude gives way to a frame-rattling beat and synthesizers that feel like sunshine splashed across a snowfield, the voices of Cale and Weyes Blood’s Natalie Mering slide past one another, two phantoms trying to find a partner amid the modern din. In the final verse, Cale remembers this existence is not just about himself. “I’m going back to get them, my friends in the morning,” he intones, his voice offering the words like scripture. “Bring them with me into the light.” That’s what Mercy does, anyway — suggest a transformative way of existence, where one’s own age or the world’s malaises don’t preclude imagination, intrigue, or the perennial quest to heal.

For nearly 60 years, or at least since he was a young Welshman who moved to New York and formed The Velvet Underground, Cale has been reinventing his music with inspiring regularity. Cale has always searched for new ways to explore old ideas of alienation, hurt, and joy; Mercy is the latest transfixing find of this unsatisfied mind. Once again, here is Cale, reimagining how his music is made, sounds, and even works. Mercy suggests a transformative way of existence, where one’s own age or the world’s malaises don’t preclude imagination, intrigue, or the perennial quest to heal. It comes back to get us. If it’s Mercy John Cale wants, he’s created it not only through these 12 songs but through a lifetime of perpetual self-renewal.”