Produced by Ahmet Zappa and Vaultmeister Joe Travers, this historically significant release — due March 3 — marks the first time that full concerts have ever been released featuring the 1980 lineup of Zappa leading the five-strong band which included the dual vocal attack of Ike Willis and Ray White, Arthur Barrow on bass, Tommy Mars on keyboards, and newcomer David Logeman on drums. Additionally, this is the first posthumous release of this distinct, brief lineup, as Logeman, who replaced drummer Vinnie Colaiuta, would end up leaving when Colaiuta returned to the band. Previously only two tracks from these shows — Love Of My Life from Mudd Club and You Didn’t Try To Call Me from Munich — were ever released by Zappa on his CD live series, You Can’t Do That On Stage Anymore.

The Mudd Club show was recorded on May 8, 1980 by Klaus Weidemann on a two-track Nagra tape recorder while the Munich show was recorded and mixed by engineer Mick Glossop direct to digital two-track stereo and has the distinction of being the first digital live recording of Zappa. The Maestro was early to embrace the emerging technology and would importantly shift to it as a result of this recording. Made on a Sony PCM 1600 recording system, the show was recorded on 3/4″ videotape, which at the time was state of the art but is now a relic of the rapid evolution of sound recording. The show was transferred from the original digital masters and audio drop-outs, a common issue with this format, were fixed by Travers using multiple tape backups, some analog, some digital, that Zappa worked on, signaling he was considering a potential release at some point. Both shows were mastered by Bernie Grundman at Bernie Grundman Mastering.

Zappa ’80: Mudd Club/Munich, which is being previewed with a scintillating performance of the Joe’s Garage standout Outside Now, from the Mudd Club show, will be available digitally, on vinyl and as a three-CD set with the 15-track Mudd Club performance in its entirety on Disc 1 and the 22-track full Munich concert spread across Discs 2 and 3. The package features cover photography and a host of rare and unseen photos of Zappa and the band members in the accompanying 17-page booklet shot on tour by superfan George Alper. Alper, the son of seminal ’60s photographer Joe Alper, who befriended Zappa and became part of his inner circle in N.Y.C. and eventually sold merch on tour, provides some of his personal memories in the extensive liner notes. Those notes also include an introduction from Travers, a detailed track-by-track of the setlists by band member Barrow — who also offers up a reminiscence about the tour and 1980 lineup — and an illuminating essay by Steve Vai, who attended the Mudd Club show as a 19-year-old fan who was hired by Zappa to transcribe recently recorded guitar solos and drum tracks. A few months later, Vai was invited to join the band and as the virtuoso guitarist/songwriter pens in the liners, “From that point on, the whirlwind world of Frank Zappa that I embarked on for the next three years was intense, funny, terrifying at times, but deeply and soulfully rewarding.”

In 1980, The Mudd Club was a happening, underground venue in lower Manhattan best known for being a popular hangout for the counterculture and a bastion of new wave and punk which dominated N.Y.C.’s music and fashion scene. As Travers writes, “celebrities and musicians alike would frequent the ‘art bar cabaret’ during its heyday between 1979 and 1983, dancing, drinking and making the scene amongst the New York City denizens of the deep.” Zappa loved the small, seedy club and the punks, posers and hipsters that called it home, and so made it a priority to play there while on tour, scheduling a performance on May 8, 1980, at the tiny room, sandwiched between much larger arena dates in Cincinnati, Philadelphia and the Nassau Veterans Memorial Coliseum in Long Island, where he played two shows in one night to more than 20,000 fans total.

Zappa and his five-piece band treated the sweaty, packed club to a thrilling 15-song, hour-long set filled with tracks from the recently released 1979 albums, the triple LP rock opera Joe’s Garage (Joe’s Garage, Keep It Greasy, Outside Now, Why Does It Hurt When I Pee?), and Sheik Yerbuti (Bobby Brown Goes Down, City Of Tiny Lites), along with songs from across his prolific catalog, including I Ain’t Got No Heart and You Didn’t Try To Call Me from 1966’s Freak Out!, and the title track from 1970’s Chunga’s Revenge. Additionally, the band played early versions of Zappa’s homage to the club, Mudd Club, The Meek Shall Inherit Nothing and You Are What You Is, which would all be recorded after the tour and released the following year on You Are What You Is. The show was famously captured by an Austrian film crew DoRo (Rudi Dolezal and Hannes Rossacher), who included two songs — Mudd Club and Chunga’s Revenge — in their documentary Frank Zappa: New York and Elsewhere. 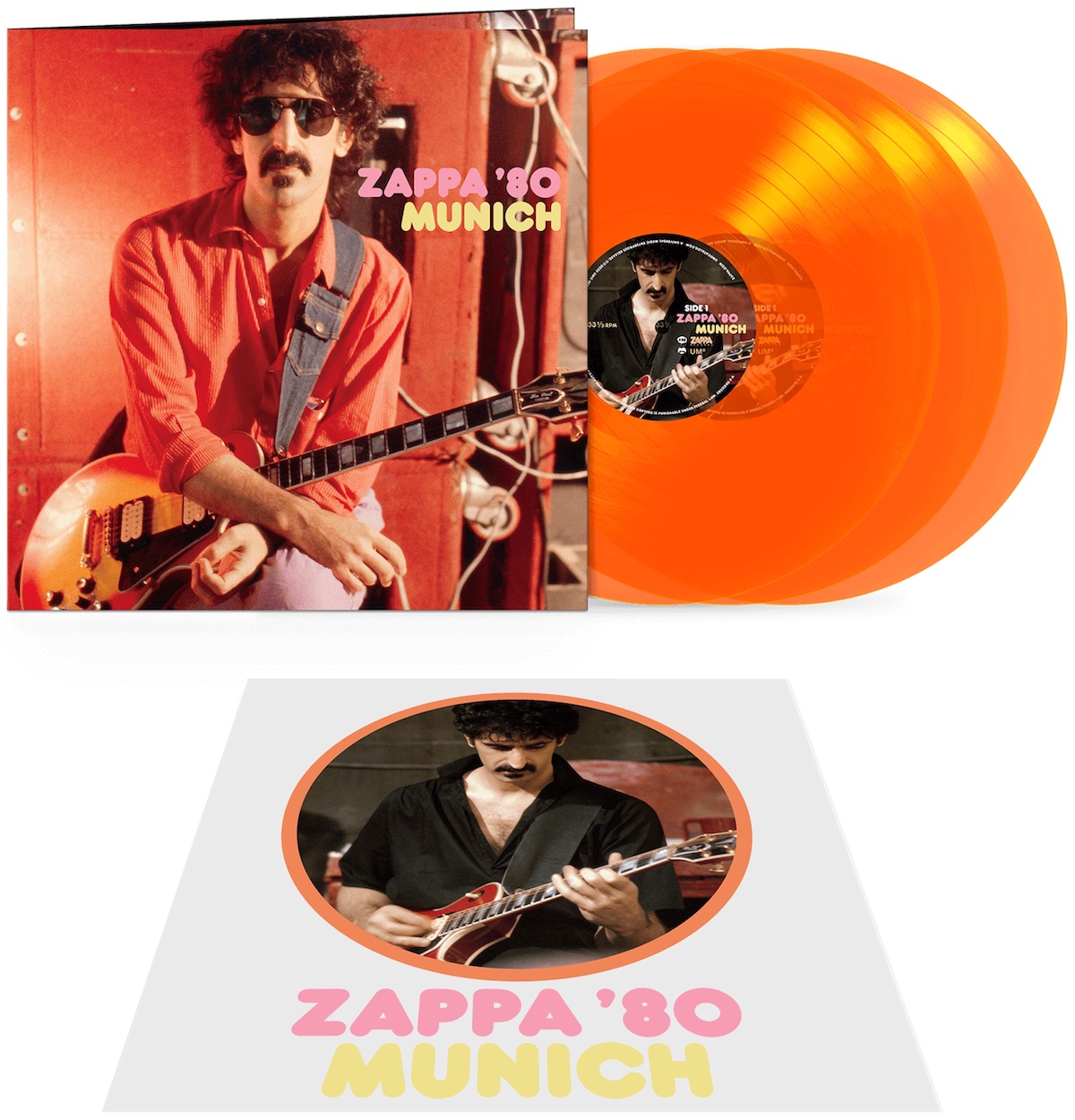 Whereas the Mudd Club show took place early into the tour, the concert at Munich’s Olympiahalle arena was the final show and saw the band firing all on cylinders after three months on the road together. The set, which included most of the songs played at the Mudd Club, was nearly twice as long and also featured such highlights as Cosmik Debris, Dancin’ Fool, Pound For A Brown, The Illinois Enema Bandit and a cover of Tony Allen’s Nite Owl. Notably the band played an early rendition of Pick Me, I’m Clean, which Zappa would release the following year on the double live album Tinsel Town Rebellion.

Zappa ’80: Mudd Club/Munich is an opportunity to experience Zappa and his terrific yet transitory 1980 band playing two fantastic concerts at two very different venues for the first time.”