Home Read Albums Of The Week: The Hard-Ons | Yummy Reissue 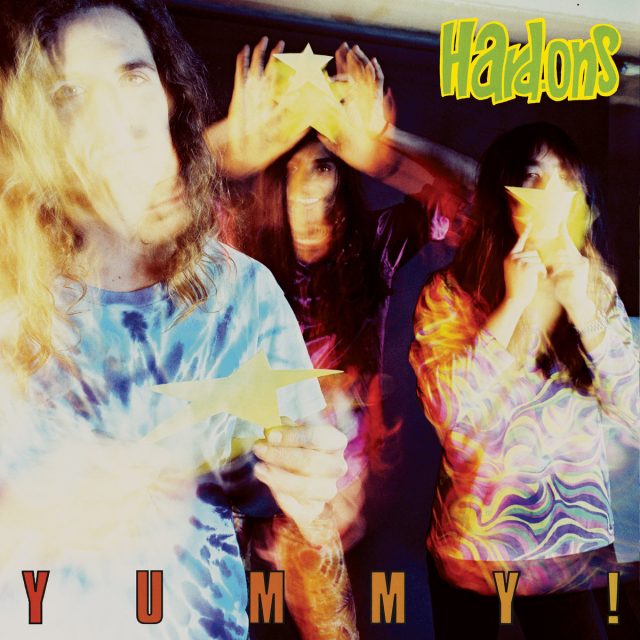 THE EDITED PRESS RELEASE: “Many a fan’s favourite Hard-Ons album — and the one that includes the evergreen Where Did She Come From? — 1990’s Yummy! was also the band’s most commercially successful until 2021’s I’m Sorry Sir, That Riff’s Been Taken.

While the ’90si saw the band pushing to new extremes — becoming punkier, poppier and more metal all at the same time as they journeyed through pop-punk, hardcore and thrash over the years — Yummy! was their pop opus. At heart though, of course, they were still the boys from Punchbowl, and the album maintained their uniquely Australian outsider appeal.

“Yummy!?? Why did we call it Yummy! again?? Haha, the album with a hippie cover and pop nuggets.” — Blackie

“We saw a sign on the road back from touring QLD — ‘YUMMY FOOD’ — on the highway. Yummy! was the first Hard-Ons LP to really, really let the songcraft come to the fore. We left behind the deliberately vulgar lyric content and art imagery; instead we entered a newer world of better songs, better execution.” — Ray

“Yeah, I noticed when I had to revisit that there wasn’t any swear words!” — Blackie”