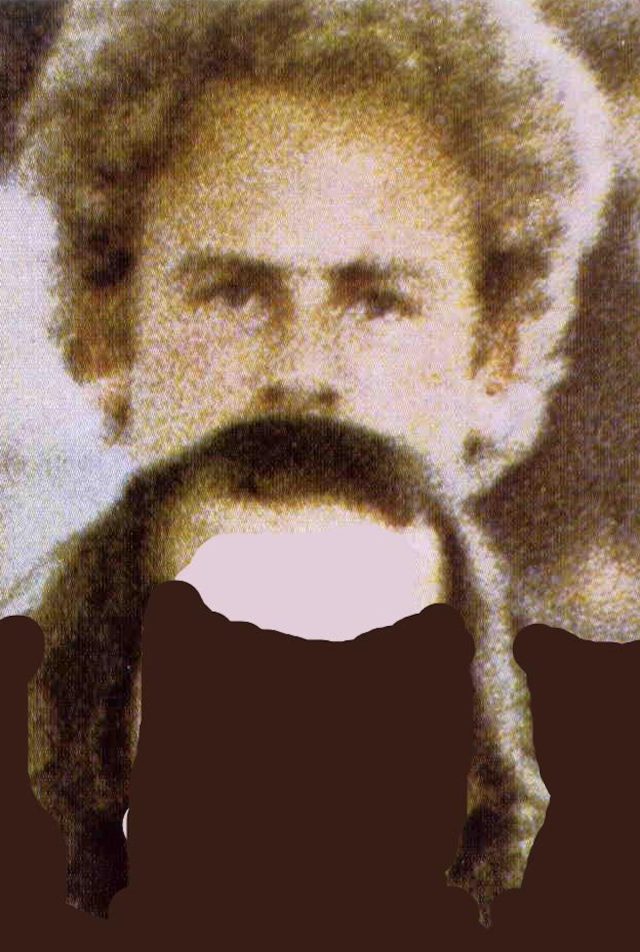 It’s still technically Movember, so this seems like as good a time as any for a follicle article. My record collection has quite the stash of staches, and I’m going to go through some of them. But, as usual, I’m going to try and focus on lip rugs which were rare, short-lived or ill-advised.

Here’s one I’m not a fan of: Alice Cooper’s 1975 moustache. For starters, it just throws the whole makeup thing way off. This was during the time when he counted himself among The Hollywood Vampires — the team drinking collective which usually involved Keith Moon, Harry Nilsson, John Lennon and Mickey Dolenz.

Elton John had a great ‘stache in the early part of his career. The handlebar one, similar to Lennon’s in the Strawberry Fields video, was an awesome look. He had this from around 1967 to 1968, and then appears to have shed it for good until his mid-’70s beard.

Sometimes it’s weird to see musicians without their moustaches — like the more recent era John Oates of Hall & Oates. In fact, I’m not sure I’d recognize him. I couldn’t find any of Daryl Hall with one — a beard yes, a goatee yes, but no ‘stache.

The only photos of Frank Zappa without his trademark moustache and soul patch are from when he was very young — like that time he appeared on  Steve Allen’s show playing a bicycle.

Ron Mael of Sparks also has an equally iconic pencil-thin moustache, which earlier on used to be a Chaplin/Hitler thingy.

David Crosby is the Lanny McDonald of popular music. It’s quite like a cat, really. I’m sure it’s “been burned” a few times.

Conversely, not everyone can grow facial hair. I’m not sure if that’s the case with any of these, but there’s a few musicians I can think of whom I’ve never seen with a moustache: Roy Orbison, David Lee Roth, Johnny Cash, Johnny Rotten, Buddy Holly, Ian Curtis of Joy Division, Link Wray, Angus Young, Nick Lowe, Nick Drake, Jeff Beck, Morrissey (though Moz did have a beard for a bit), David Byrne (the one in Wild Wild Life is fake) and Joey Ramone.

Anyway, back to the rare ones…

In the early days of The B-52’s, Fred Schneider had an excellent moustache. It seems to have been gone for years now, never to return.

We all know Paul McCartney’s Sgt. Pepper-era pube-la-di-pube-la-da, but his early ’70s one — similar to the Wings logo — was dead sexy (nope). 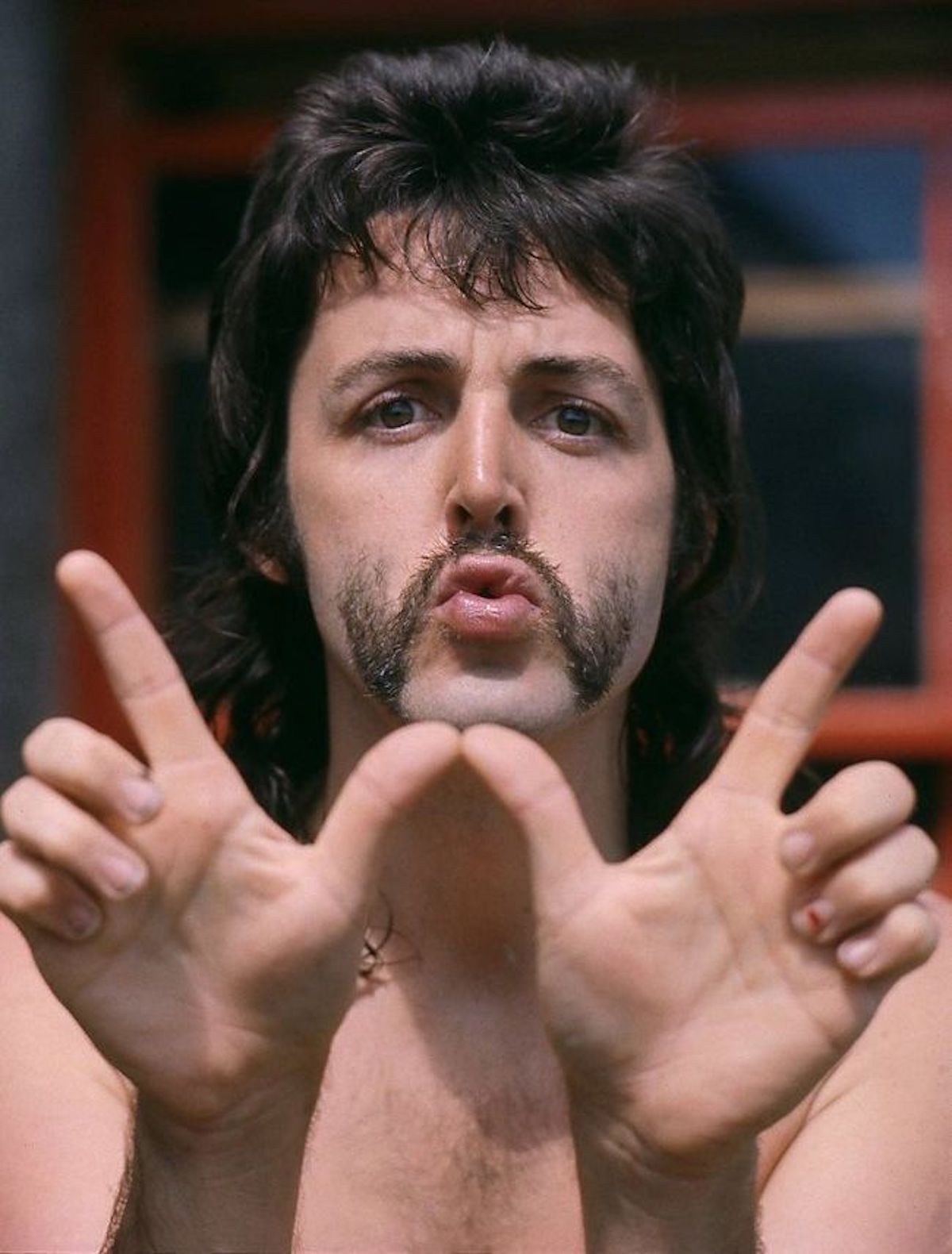 Well-respected man Ray Davies of The Kinks had one in 1966. Red Hot Chili Peppers vocalist Anthony Kiedis settled into his moustache years about 15 years ago and I guess that’s where things are gonna stay.

Paul Stanley of KISS had one before he was a star(child) and briefly messed about with variations of a goatee/just not shaving in more recent years. But mostly, the entire band kinda has to keep it clean-shaven if they want to don the makeup.

Bob Dylan was sporting a stereotypical Mexican thing last year. Hard not to like it.

Just prior to fully turning into something resembling modern-day David Letterman, R.E.M. frontman Michael Stipe had quite a great Wild West ‘stache.

David Bowie was mostly clean shaven his entire career, but did have some unshaven-chic stuff going on in the ’90s, but was sporting an unimpeachable moustache in his post-Berlin period.

Elvis Costello is mostly known for his glasses, but he has sported various stages of hirsutery — including a trim moustache circa 2007.

No such luck with that other Elvis. The King probably could have grown a doozie too, judging from those mutton chops. Maybe he just didn’t feel like dying it (he was a natural blonde). 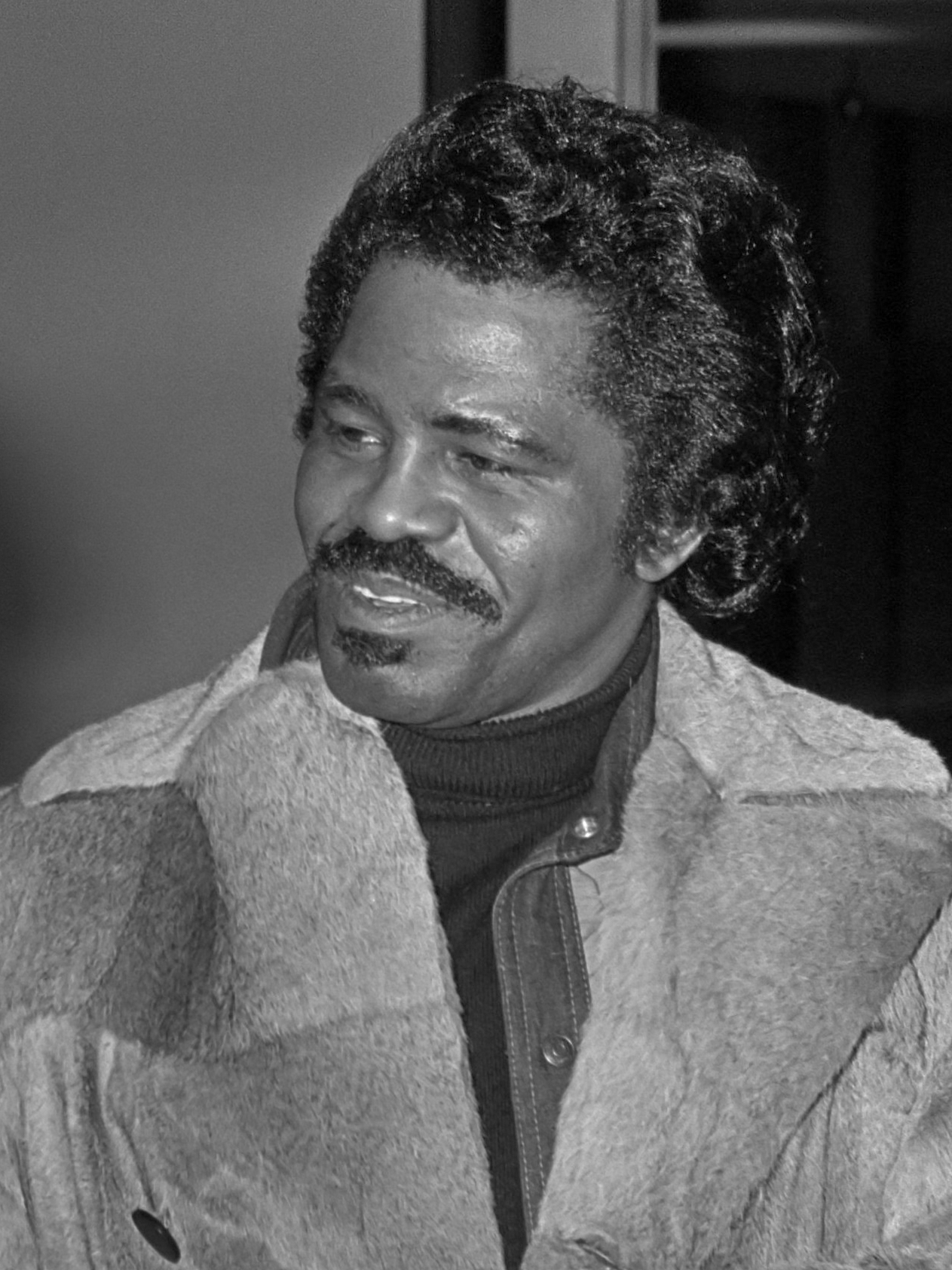 The late-’70s / early ’80s James Brown rocked a greasy cookie-duster. Certainly convincing, but not his best look. Much better than his mugshot, though, I’ll give him that.

Perhaps fully embracing the Jack Sparrow tribute, Keith Richards has had a moustache at times in recent years. I have it filed away with Dylan’s one. Meh. All The Rolling Stones could grow facial hair, it seems. Mick Jagger never had a moustache, but seemed to be able to grow a Grizzly Adams beard by simply holding his breath. Jim Morrison of The Doors was the same. The Stones’ lone moustache was sitting behind the drums. Well, it was in 1966. Charlie Watts had what could be best-described as You Can’t Always Get What You Want.

The coolest man ever, Paul Weller, had one so briefly that it is sometimes referred to as “the moustache incident.” The Style Council / Jam vocalist and guitarist had one in 1995.

Oh, here’s an awful one: Paul Simon. Gawd. Why does he give me the creeps? He always has.

Harry Styles made headlines two years ago when he shaved his moustache. Of course, the former One Direction member could make headlines with a new pair of sunglasses. Makes it tough for old bastards like me, because Harry’s recent record is ridiculously great. I doin’t care if he has a comb-over. Actually, I’d love that.