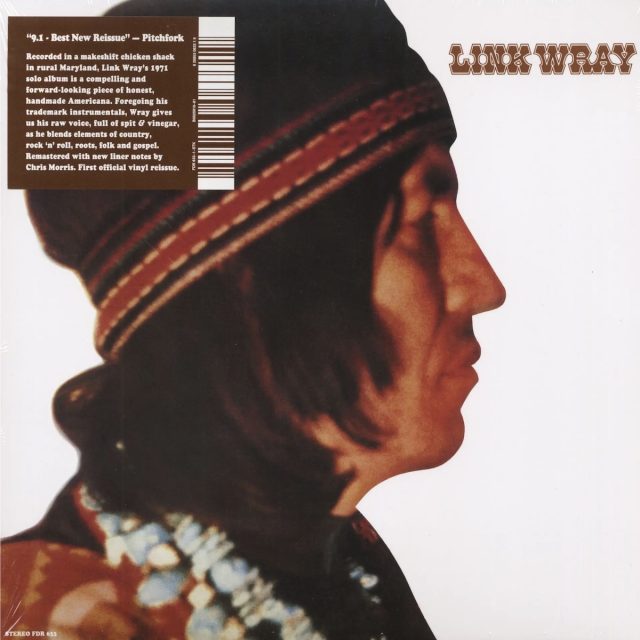 I have no idea when I first heard Link Wray’s classic, iconic instrumental masterpiece Rumble. It was definitely when I was a kid, probably on oldies radio or in a film. The 1958 dark, instrumental garage rocker was his definitive song, up there with the Peter Gunn, James Bond or Batman themes, Pipeline by The Chantays, Misirlou by Dick Dale or Bill Justis’ Raunchy.

However, I definitely remember the first time I ever heard his best song, 1971’s Fire And Brimstone. I just didn’t know who it was. The song was included as part of the menu music in the video game MLB 14: The Show. A few years later, my girlfriend and I were re-organizing the kitchen and it came over the speaker she had connected to her Spotify.

Link Wray?! Really? An ADHD rabbithole dive ensued so I could learn all I could about this song and this era of his music which I knew nothing about. Not that I knew all that much about Rumble, either, but this more Americana-tinged stuff really spoke to me. It sounded like home recordings, timeless and unpretentious while still entirely infectious.

With the popularity of Rumble waning, Wray made a few albums in the early ’60s and half a studio album in 1969 called Yesterday — Today.The first side was a compilation. He also re-redid Rumble twice — as Rumble ’68 and again as Rumble ’69. He was clearly struggling and growing frustrated with the music business. So in early 1971 Wray headed to his brother Vernon’s rural property in Accokeek, Maryland, south of D.C. They set up a three-track “studio” in one of the outbuildings the Wrays’ father used to use for raising chickens.

The music was not only dramatically different to Wray’s previous work, but stood out from the recordings of the day because of the primitive nature of the recording equipment and location. It was supposed to be released on The Beatles’ Apple label, but instead appeared on the then-fledgling Polydor, titled simply Link Wray. It was a critical success, but Wray’s fans were not impressed. Fire And Brimstone was released as a single, to no avail.

These sessions actually produced three albums — Mordicai Jones (yeah, that’s how they spelled it) followed later in 1971 on Polydor, and Beans And Fatback in 1973 on the new Virgin label. Not all the songs have drums, because there wasn’t always a kit available. On some of these, musicians stomped the floor and shook a can of nails. The louder songs were recorded by putting Wray’s amp outside and mic’ing it through the window. The musicians were Link’s youngest brother Doug Wray and Steve Verroca on drums, Bobby Howard on mandolin and piano, Billy Hodges on keys, and Wray himself on lead vocals, guitar, dobro and bass. It was produced and recorded by Vernon Wray (Ray Vernon).

The second album Mordicai Jones was the new stage name of keyboard player Howard, who took over lead vocals. Doug switched to rhythm guitar and the band added rhythm guitarist John Grummere as well. Beans And Fatback has similar band credits as the first two albums, with Howard still credited as Mordicai Jones, but Link back on lead vocals.

For many years, these three albums were extremely difficult to find. Eventually the vinyl was dubbed onto a CD set of all three records. But, in 2017, they were re-released on limited-edition thick vinyl, remastered from the original tapes. I humbly suggest you add all three to your collection as I have — but the first album is mandatory. Both the first album and Mordicai Jones are on Spotify, the latter under Mordicai Jones rather than Link Wray. Beans & Fatback isn’t there, but some of the soongs can be found on Guitar Preacher: The Polydor years, despite the fact that the album came out on Virgin. 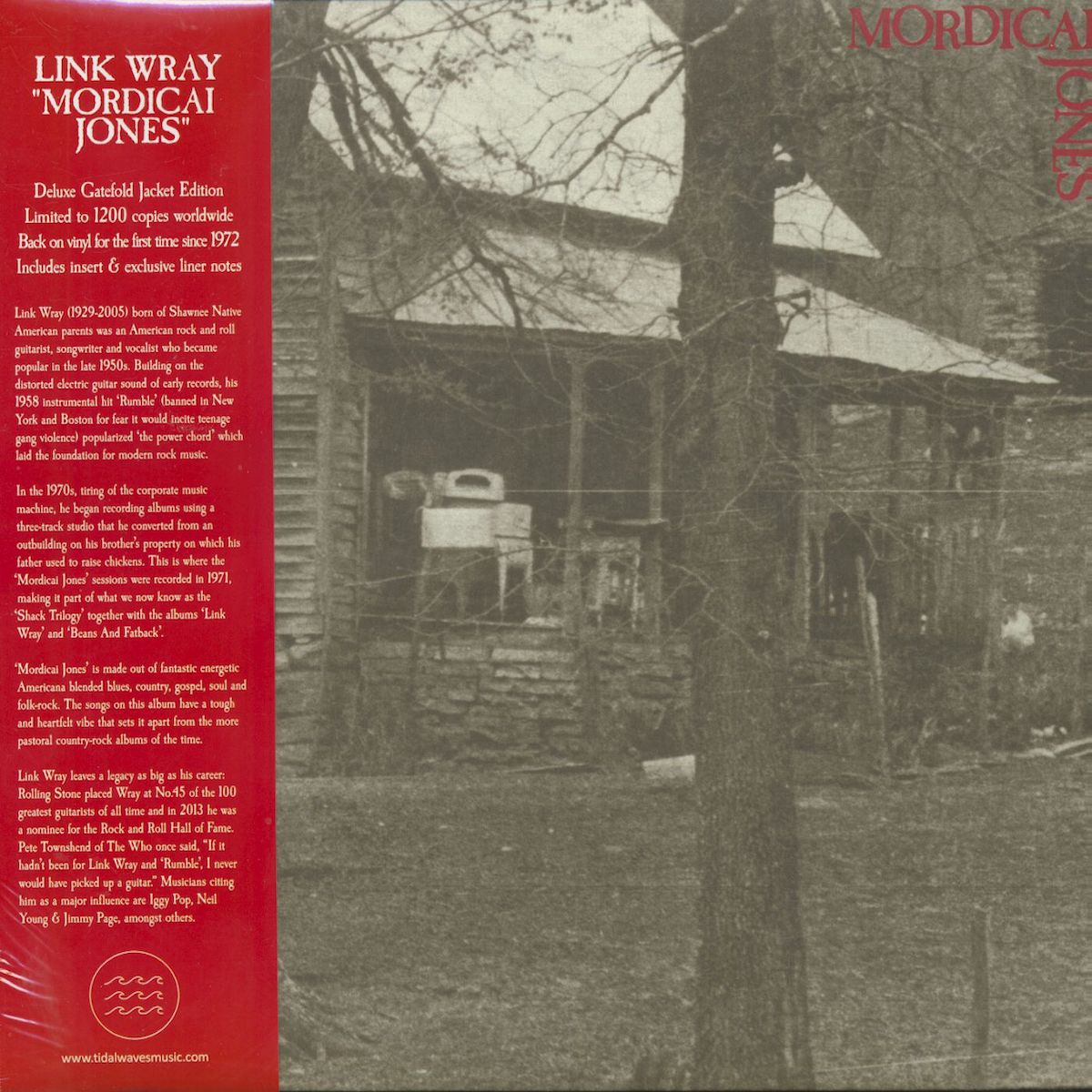 Here’s a roundup of my favourites from the trilogy:

Fire And Brimstone from Link Wray. This is just perfection and demonstrates how a song needn’t be an assembly of all the best takes to be the best version of itself. There’s no way Wray could have topped the feel of this, even if he tried it a hundred times in a hundred studios. It’s been covered many times — nobody comes close. I believe one secret is Wray’s own distinctive bass playing, but also the distance of the mic or mics on the “drums” and the panned left-or-right instruments.

From the same album, the opening track La De Da, is a master class on Americana — with more of that great playing. Who needs a drum set? There are so many excellent CCR songs, but not many better than this.

Tail Dragger is one where the guitar was so loud it had to be recorded from outside. No bass on this one at all, hardly, it’s buried. If Midnight Rambler by The Rolling Stones and Maisie by Syd Barrett had a baby, its first words would be Tail Dragger.

Juke Box Mama is a stompier jam akin to Fire And Brimstone. Literally, stomping — and a washboard, slide guitar and the kind of piano I play (hunt and peck). This is the one you could show a pal and say “this is what the three-track shack sounded like.”

On Mordicai Jones, the best example of this is Days Before Custer. Such a rocker, with repetitive lyrics and layers of fuzzy guitar. “Jones” seems to love belting these songs out, vocally. 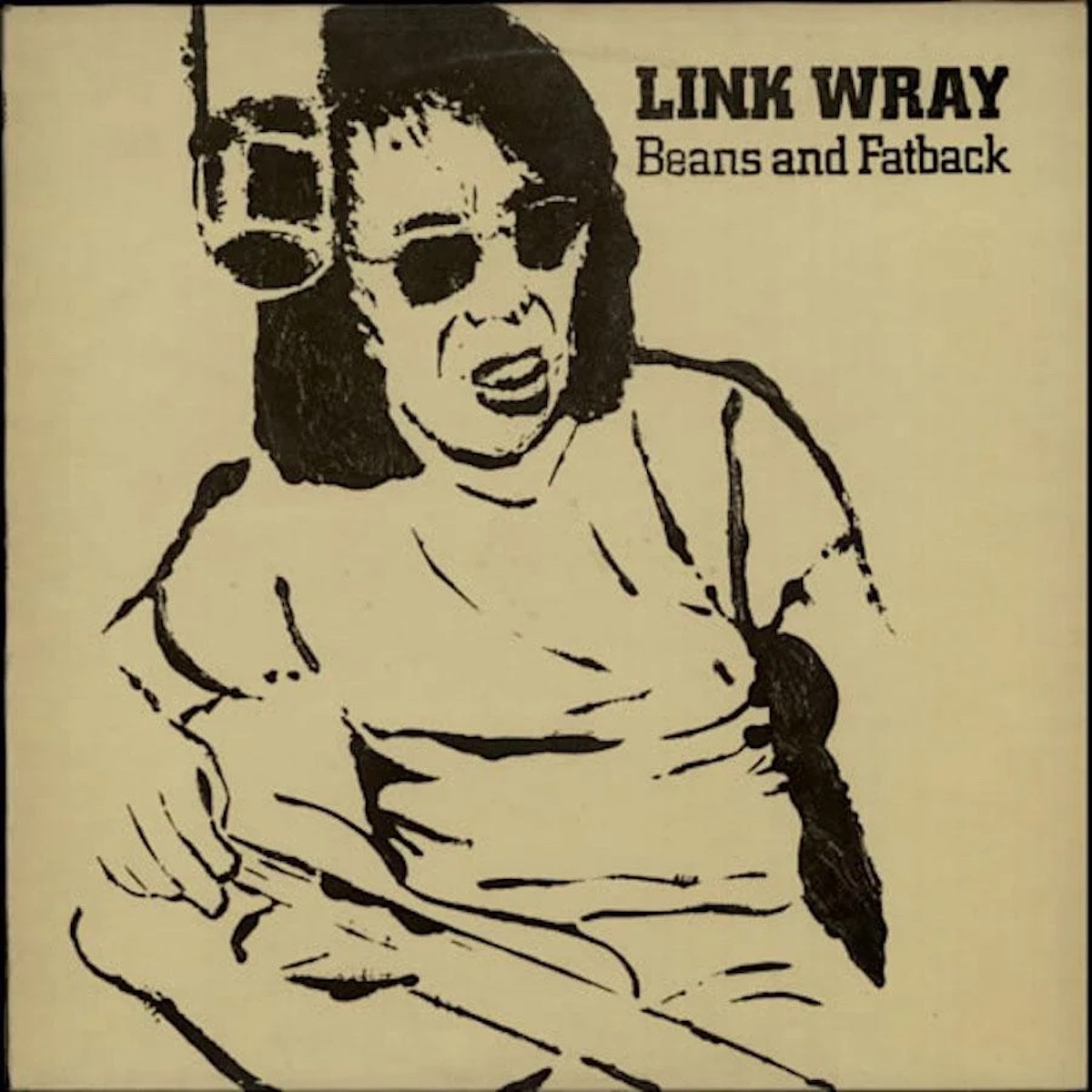 Any blues song called The Coca Cola Sign Blinds My Eyes couldn’t possibly be anything less than awesome. It is indeed a great slow blues number.

Scorpio Woman is the Mordicai track most like anything on the first album. I love that at 1:30 into the song, somebody bumps a mic.

Beans And Fatback is a treat of an album to play loud. I’m So Glad I’m So Proud is quite tight and has classic Wray guitar tone happening. It has perfectly unfinished lyrics.

The instrumental Alabama Electric Circus would be a damn fine band name. I love this one for the sheer number of instruments they managed to get in there. I mean — it’s a three-track! But there’s drums, acoustic guitar, bass, mandolin, two electric guitars and piano.

Finally, Water Boy is my favourite on Beans And Fatback. Another Maisie-like blues number — almost instrumental with creative percussion and loads of guitar layering and — is that organ? Nearly ten minutes long, this jam.

On all three albums, there are only three non-original songs, total.

I made a little playlist, these are by no means the only great songs on these albums, but I tried to keep it to one hour.