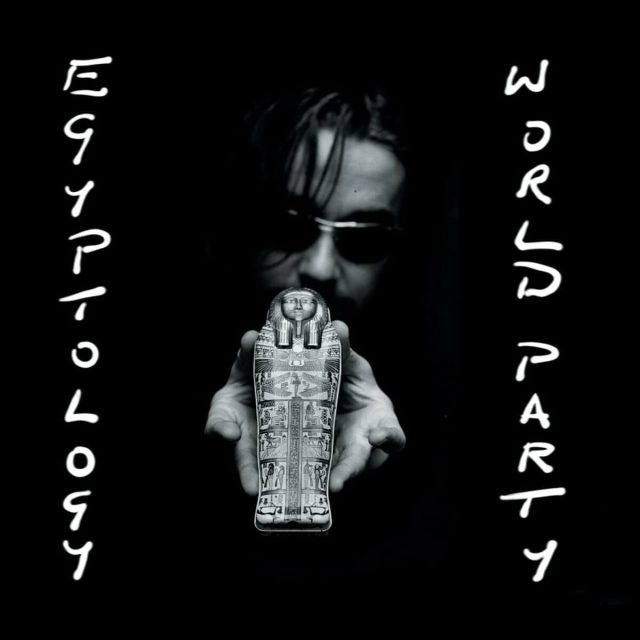 Last year Karl Wallinger started rolling out remastered reissues of his World Party albums — but up until now, one was left out: Egyptology. The 1997 album has just been reissued in two different two-LP editions, a black vinyl and an Egyptian gold & blue edition. I wound up with the latter, and it is very striking indeed. The fourth side of both versions features five unreleased live tracks, all from Egyptology.

If anyone asked me if I was a World Party fan, an emphatic “yes” would certainly be the reply, but truthfully that’s mostly based on one album — 1990’s Goodbye Jumbo, which I love dearly and consider a personal classic. Up until today, I’d never heard Egyptology and even the pair of singles from it don’t seem familiar. So this was a treat. Back in 1997 I was in the middle of a low-fi, outsider music and ’60s garage rock phase. This is not an album I would have purchased under any circumstances. My old, battered and well-travelled CD copy of Goodbye Jumbo has been relegated to occasional crawl — into-bed airings.

The thing about Goodbye Jumbo is that it is (almost) a guilty pleasure for two different groups. For some, it is the edgiest stuff they listen to. For others, it is among the more contemporary titles in their collection. It’s one of those albums which gets a debatable “alternative” classification. I’ve always found it to be just great songs, but not top-40 stuff. Something like much of the Beatles catalog post-1965.

Egyptology certainly fits the bill. The worst thing I can say about the album is it is both too long and a bit top-heavy. All the best songs are on the first side. Or, if you have the remaster, on the first record. There are 15 songs on it, 60 minutes of music — for me, about 15-20 minutes too long. Not to mention how the audio quality would have been affected by cramming all those tracks onto a single vinyl record. 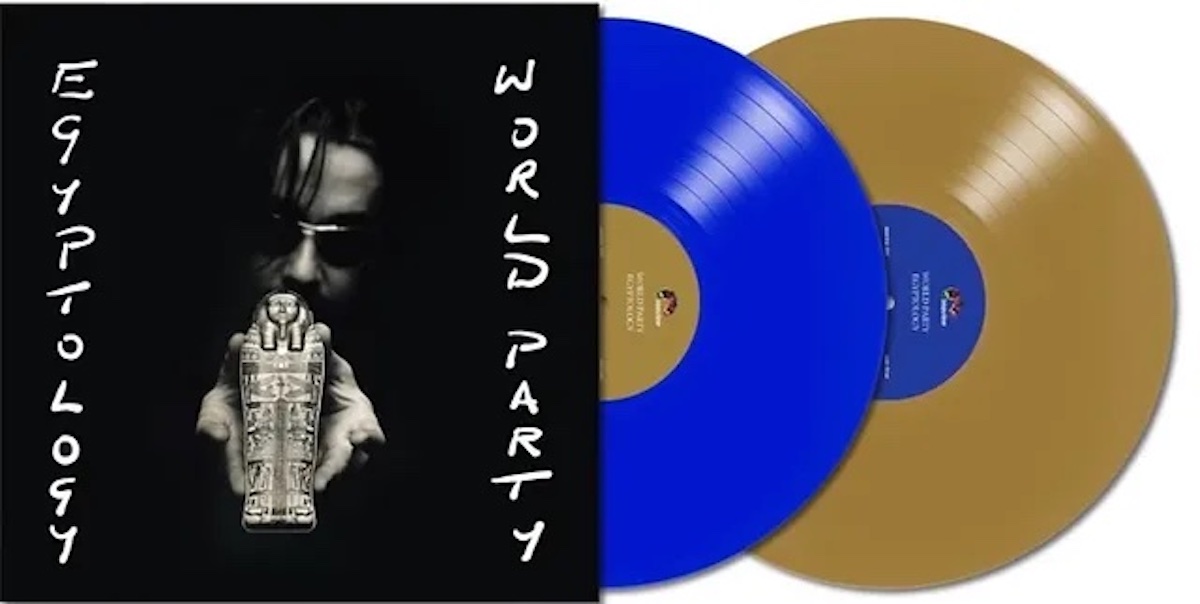 I think if Wallinger had dropped six songs, he would have had another Goodbye Jumbo on his hands. Like that album, this one is mostly him playing everything — apart from drums by Chris Sharrock on six tracks. There’s a guy who’s had quite a career — currently the drummer for Noel Gallagher’s High Flying Birds, he also replaced Zak Starkey as the Oasis drummer. He was also in The La’s — yeah, that’s him on There She Goes. And he was the long-time drummer for Robbie Williams.

Fun fact about Williams: The former Take That vocalist actually had a huge hit with a cover of World Party‘s song She’s The One from, yep, Egyptology. Sharrock played on both. The song won Wallinger an Ivor Novello Award in 1997. Williams took his cover to No. 1 the following year, giving Wallinger a heap of royalties on which to live while he was forced to take a five-year break from music due to an aneurysm in early 2001. It left him with nearly no peripheral vision, but able to resume performing in 2006.

Egyptology kicks off with It Is Time — an upbeat, jangly rocker on which Sharrock would have felt very comfortable after his time in The La’s. It is the first of many songs on the album with obvious Beatles influences. This one has a very Eight Days A Week / Ticket To Ride vibe. Excellent album opener. Then it’s Beautiful Dream, the album’s main single. A very catchy and likeable song.

Call Me Up is next, and feels more intimate. There’s a good reason — it’s the first one that’s all Wallinger, apart from the non-solo saxophone. There’s a cool Mellotron bit before the Beatles-esque middle eightm which is a bit too cute and self-referential. It’s a piano bit with lyrics about a piano bit. The ending is very Hello Goodbye, so much so that you almost expect a chorus of “Hela, heba, helloa” to break in at the end of the fade-out.

Vanity Fair is next, with Sharrock. There’s a heavy-handed amount of effect on the verse vocals — the structure and progression of which basically remind you of an old-school ’60s folk ballad. Then comes the excellent chorus, with slight ovettones of Soul Bossa Nova by Quincy Jones.

She’s The One is next, the original version. It’s an absolutely lovely love song. While Williams’ cover is very faithful, I prefer Karl’s version. I just like the timbre of his voice better — and his lead guitar. It is, however, him playing all instruments.

Then we have Curse Of The Mummy’s Tomb, which takes on a double meaning when you realize this is the first album Wallinger made after the death of his mother. It probably has more to do with that, being the only Egyptian reference among the song titles. If you’re a fan of Into The Great Wide Open-era Tom Petty, you’ll love this. Solid song.

Given the lack of real estate on this album, the throwaway Vocal Interlude segue is the first cut here that could be axed. It is completely unnecessary and actually distracting. Hercules follows it. A bit reminiscent of Thank You World from Goodbye Jumbo. Wallinger really gets his Prince on with the extended guitar solo. I’m on the fence about this one. It feels like a bit of a throwaway.

There is a fan video for Rolling Off A Log, a sweeping epic near-ballad. I don’t care for the synth in this at all, or the woodwind arrangement. Another expendable track. Love Is Best is much better, especially the great chorus. Loads of layered vocals here. Lovely track. Strange Groove is in the same category as Hercules, but catchier. For a song which essentially is a never-changing vamp, it goes on for more than minutes. Too long.

The Whole Of The Night is pretty good — more nice Mellotron here. The higher notes seem like they were tough for Wallinger to hit, he’s flat on a few of them. Then it’s Piece Of Mind, which features some very “I can see you in the morning when you go to school” Supertramp harmonica. I like this one much better than any of the previous bunch. A nice R&B number.

This World is quite different. Predominantly synth, with Prince ballad feels. He wraps the record with Always, which is even better than the previous three. Seems like a good candidate to be covered, particularly by a female artist. I think it’s my favourite song on the second (third) side.

The fourth side of the new re-issue features five live tracks recorded in New York City in 1997 — It Is Time, Beautiful Dream, Rolling Off A Log, Hercules and Vanity Fair. By 2015, Wallinger only had two songs from this album in his live set — Vanity Fair and She’s The One.