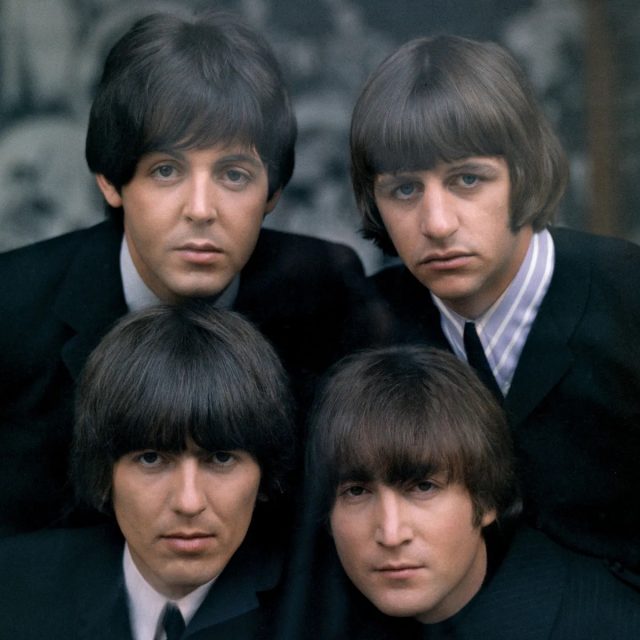 I recently somehow began acquiring deep-cut Beatles covers. It started a month ago when I spotted a copy of The Dudes Doin’ Business by Jimmy McGriff & Junior Parker. I snagged it, not only because the title is great, but because they chose to do a cover of the Harrison-penned The Inner Light. That’s the flipside of Lady Madonna, which never appeared on a North American or UK LP until Rarities in 1980. It’s kind of awesome.

So I thought I’d do a roundup of some of my favourite Beatles deep-cut covers. We can start with another recent acquisition — from saxophonist Bud Shank’s 1968 album Magical Mystery. The opening track is — for some reason — Blue Jay Way, another lesser-known Harrison song from the Magical Mystery Tour album and film.

Why do I like these weird, deep-cut covers? Well, to my mind, unless you’re talking Stevie Wonder’s cover of We Can Work It Out, people simply shouldn’t try to seriously cover The Beatles. It almost never works out for the better, so why try?

For example, Phil Collins’ cover of Tomorrow Never Knows from Face Value is perfectly good — excellent, in fact — but entirely forgettable. But you can’t say that about Jad Fair & Daniel Johnston’s version. This version will ruin your day. It’s beyond awful. My patience for outsider music has run out. Junior Parker’s version is a must-have.

It’s a much-loved classic, but I actually don’t dig While My Guitar Gently Weeps. Never have. But I love Wu Tang’s version of it.

One of my favourites from that album is the deep cut Cry Baby Cry. Bardo Pond did a nice cover — faithful in places, and imaginative in its uber ’90s shoegaze outro.

I’m one of the few who actually dislike Siouxsie & the Banshees’ version of Dear Prudence. Not a fan of their Helter Skelter, either. Though it’s better than U2’s one (You have to play the actual lick, Adam Clayton).

In high school, our band used to cover the Hüsker Dü cover of Ticket To Ride.

The Breeders’ cover of Happiness Is A Warm Gun is fantastic, even though it doesn’t top the original. Also from The White Album, Toronto’s Dinner Is Ruined included a wild cover of Everybody’s Got Something To Hide Except For Me And My Monkey on their 1991 indie cassette Burn Yer Dashiki. Fats Domino also tried his hand at it.

A sure fire palate-cleanser after listening to the Bee Gees / Peter Frampton / George Burns / Alice Cooper / Aerosmith / Steve Martin soundtrack to Sgt. Pepper is I Want To Hold Your Hand by Melvins — but that’s hardly a deep cut.

Sonic Youth’s Within You Without You fits the bill here instead. I had this as a teenager on a covers album called Sgt. Pepper Knew My Father.

The Residents can pull off well-known and deep-cut covers. I have copies of both Jailhouse Rock and Flying — the latter we can include on this list.

Spooky Tooth never did anything as good as their cover of I Am The Walrus.

Golden Seals (Ottawa’s Dave Merritt) does a lovely version of It’s All Too Much, which he released as a single in 2021. It’s not on his covers album Songs By Other People, though Every Night by Paul McCartney is.

I’m a big fan of Grandaddy. Their (his) version of Revolution on the I Am Sam soundtrack is cool.

Of course Pixies would pick an obscure one — Wild Honey Pie from The White Album. Not sure if it’s ever been on one of their records, though.

The standout weird song from The White Album, of course, is Revolution 9 — the seven-minute sound poem. The Shazam actually did quite a great — and strangely normal — version 22 years ago.

Phish also has been known to perform it — and Good Night. The Phish version makes me angry. I hate it.

Bongwater has a cool version of one of my favourite Harrison songs — Love You To from Revolver.

One could argue Because is one of the strangest choices of Beatles songs to cover. It’s so perfect the way it is, so distinctive and perfect harmonies. The late Elliott Smith did a version, and of course, it’s damn-near perfect. I still don’t understand why this is something we need.

Anyway, back to the deep cuts, and more George Harrison-penned songs. Ella Fitzgerald tackled Savoy Truffle, of all things. Prog rockers Yes used to do a version of Eleanor Rigby in their early live shows — but how about this for a deep cut: They have a version of Every Little Thing from Beatles For Sale.

Theirs is no disgrace.