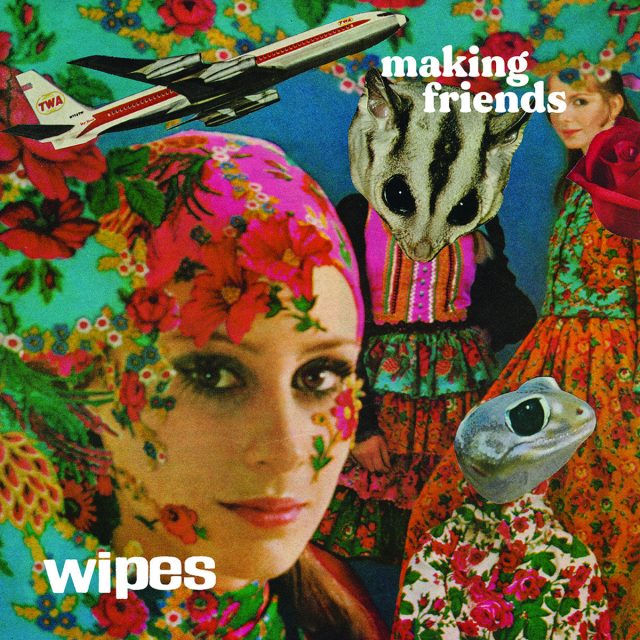 THE EDITED PRESS RELEASE: “Wipes are a new band from the Allentown/Bethlehem area that might sound quite familiar — perhaps because the band started as almost an offshoot from Tile, who have been blasting eardrums for well over 10 years.

When Tile’s guitarist began taking on more adult responsibilities and had less time to devote to the band remaining members Ray Gurz (bass, vocals) and Michael Dumoff (drums) began jamming with guitarist Matt Molchany, who had already been a longtime friend and fan of the band. In fact, he was responsible for recording and engineering both of Tile’s albums. Thus Wipes was born.

Writing at a furious pace, the band quickly demoed a few songs, putting up one on their Bandcamp page just to give people an idea of what was going on. Not long after they released a very-limited lathe-cut 7” on Limited Appeal Records, with two more tracks showcasing what they were up to. During the winter of 2021-2022, they recorded their debut full-length Making Friends.

Prepare for more of the familiar noise served up by Tile — heavy sludgy noise-rock aggression, but with odd melodies and harmonies recalling everything from Nirvana to Pixies to Drug Church. It’s a blast.”