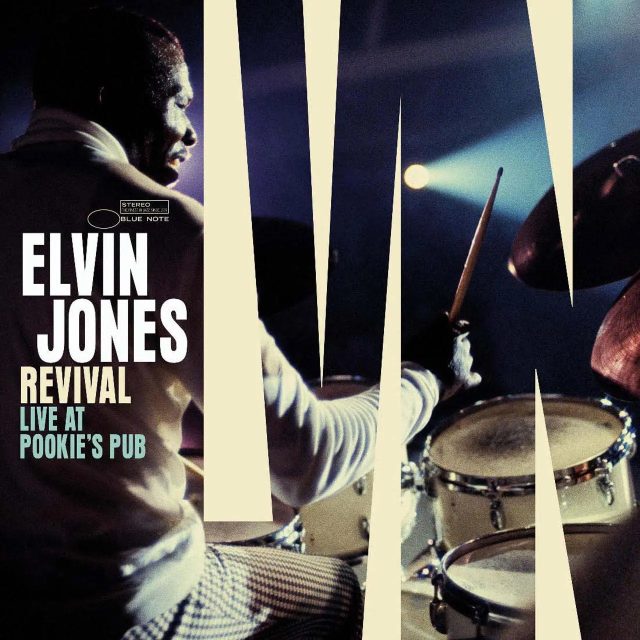 THE EDITED PRESS RELEASE: “Blue Note Records has released Revival: Live at Pookie’s Pub, a thrilling previously unissued live recording of Elvin Jones’ quartet that captures the legendary drummer’s emergence as a bandleader at a little-known club in New York City where he had a weekly residency after leaving John Coltrane’s band in 1966. Featuring Joe Farrell on tenor saxophone, Billy Greene on piano and Wilbur Little on bass, Revival was recorded between July 28-30, 1967, just two weeks after Coltrane died on July 17. The album finds the band stretching out on expansive versions of standards and bandmember originals.

Jones was one of the most influential drummers in jazz history. He was born in Pontiac, Michigan on Sept. 9, 1927, the youngest of 10 children that also included two elder brothers — Thad and Hank — who would also become jazz legends. After moving to New York City, Jones worked with the likes of Miles Davis, Charles Mingus and Sonny Rollins before joining forces with Coltrane and becoming a member of the saxophonist’s seminal quartet. During the 1960s, Jones recorded on numerous classic Blue Note albums including Freddie Hubbard’s Ready for Freddie, Wayne Shorter’s Speak No Evil, Joe Henderson’s Inner Urge, Larry Young’s Unity and McCoy Tyner’s The Real McCoy. After leaving Coltrane’s group, Jones signed with Blue Note as a leader in 1968 and began recording a series of remarkable albums for the label through the early 1970s that included Puttin’ It Together, The Ultimate, Poly-Currents, Genesis and Mr. Jones.”