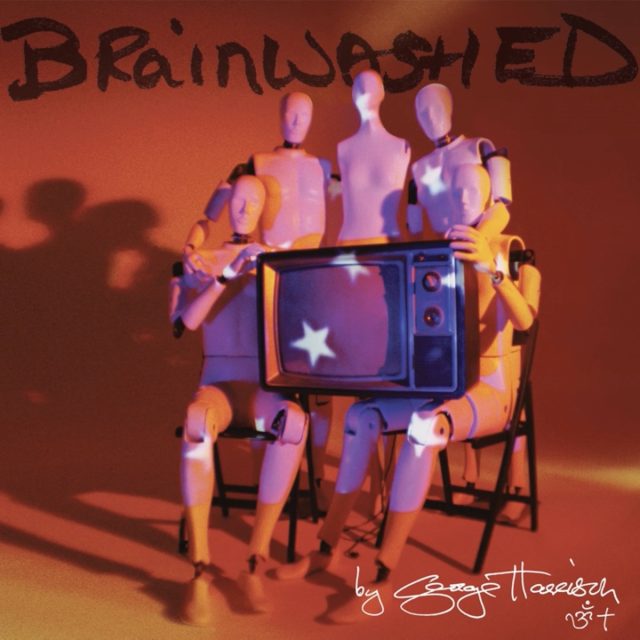 “Give me plenty of that guitar,” George Harrison cheerfully requests at the beginning of his final studio album Brainwashed. And that’s exactly what he (and we) get on these dozen posthumous tracks: Upbeat, celebratory guitar-pop as delivered by one of the most characteristic performers and songwriters in contemporary music.

Given his health at the time, you might expect Brainwashed to be a serious, introspective affair. Instead, on plenty of these cuts — which were completed by producer Jeff Lynne and Harrison’s son Dhani — George is in remarkably good spirits. Any Road revisits the Travelling Willburys’ jaunty jangle and lyrical wordplay (“If you don’t know where you’re going, any road will take you there”); P2 Vatican Blues (Last Saturday Night) is a lightly choogling little nugget of 12-bar pop; the zippy chestnut Between The Devil And The Deep Blue Sea captures Harrison rocking the mandolin; and the folk-blues of Rocking Chair In Hawaii is as lazy and relaxing as it sounds like it would be.  Even when George does get heavy — like on Looking For My Life (which could be about his illness or his 1999 attack by an intruder) and Brainwashed (a searing indictment of our soulless society) — his shimmering guitar licks and Lynne’s full, ringing production keep the vibe optimistic.

Naturally, Harrison’s Eastern spirituality figures heavily here. Along with plenty of lyrical references, the disc has the Indian-flavoured instrumental Marwa Blues, and ends with George and Dhani chanting over a hypnotic, droning tamboura. To his credit, though, Harrison doesn’t spend his final public moments being preachy or strident. Instead, he leaves us with the lasting impression of a man at peace — with his world, his family, his life and his music. And a man who just wanted to hear a little more of his guitar. He’s not the only one.