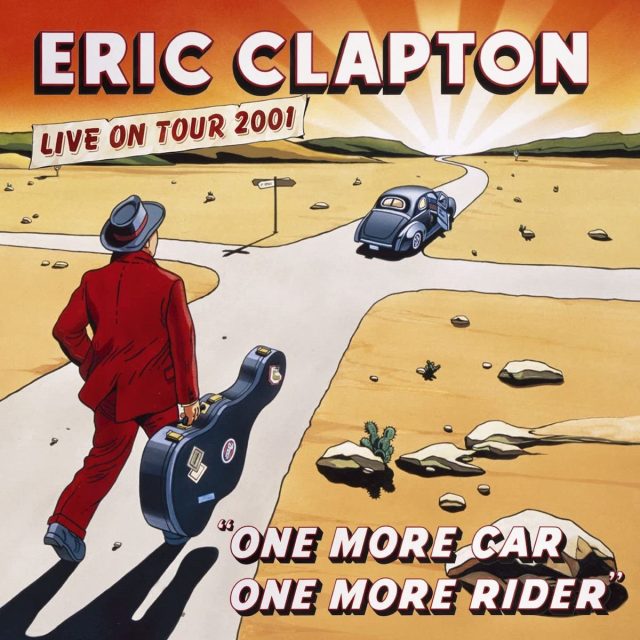 The blues covers like Key To The Highway and Hoochie Coochie Man. The ’60s and ’70s FM rock staples like Layla and Sunshine Of Your Love. The ’80s and ’90s pop slop like Tears In Heaven and Wonderful Tonight. And, of course, J.J. Cale’s Cocaine.

Yep, they’re all here — One More Car, One More Rider has everthing you want in a live album from Eric Clapton. Unless, of course, you’re looking for real spontaneity, grit or passion. You won’t find much of those on this two-CD set — they’ve been replaced by a slick band of hired guns (organist Billy Preston, drummer Steve Gadd, guitarist Andy Fairweather Low), delivering soulless performances geared more toward giving baby boomers a nostalgia fix than honouring Clapton’s musical legacy. Bottom line: One More Car, One More Rider is just one more predictable live album from the artist formerly known as God. If you can’t do without it, though, do yourself a favour and go for the DVD version, which lets you to watch Slowhand’s remarkable fretwork in closeup. That’s about as near as you’ll get to the hand of God here.