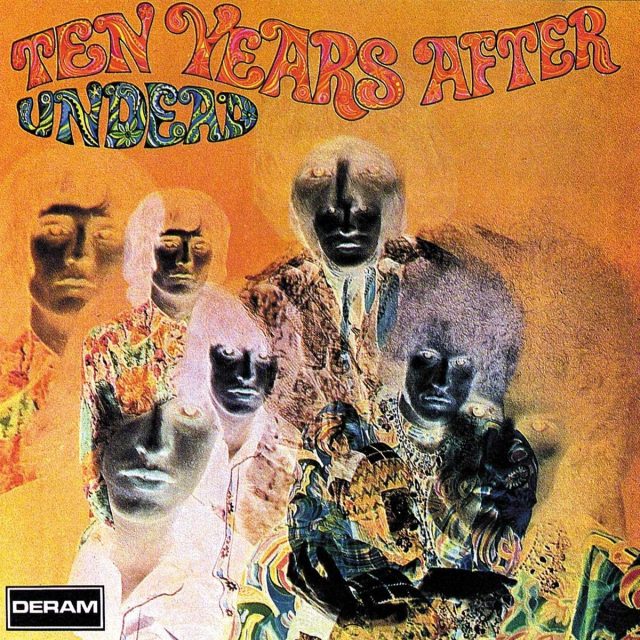 Some bands make it by getting a hit song on the charts; others by developing a strong following because of an incredible live act and stellar albums rather than hit singles. Looking over my record collection, the latter category seems to make up the bulk of what I have.

In 1968, U.K. four-piece blues band Ten Years After were busy gigging in support of their self-titled debut album — one of the first electric blues albums from Britain, the beginning of a surge of such acts which continue to stand as some of the greatest blues acts of all time on either side of the Atlantic. That list includes Fleetwood Mac, Jethro Tull, Long John Baldry, John Mayall’s Bluesbreakers, Cream, Savoy Brown and those Led Zeppelin guys.

But it seems to be there’s an even better comparison for Ten Years After, and that’s The J. Geils Band. The Boston-area working class blues/boogie band were so good live that their third album Full House is legendary as one of the best live albums ever released. Ten Years After turned the same trick with just their second official release, put to tape in the long-gone but famed Klooks Kleek jazz and rhythm ’n’ blues club. The venue was located on the first floor of the Railway Hotel in northwest London. Everybody played there. You name them, they were there. One reason: Klooks was located right next door to Decca Studios, meaning bands could try out their new material on a live audience or drop in to listen to contemporaries between sessions. It wasn’t the first time Ten Years After had played Klooks — they were there in January ’68, one of four gigs there that year. 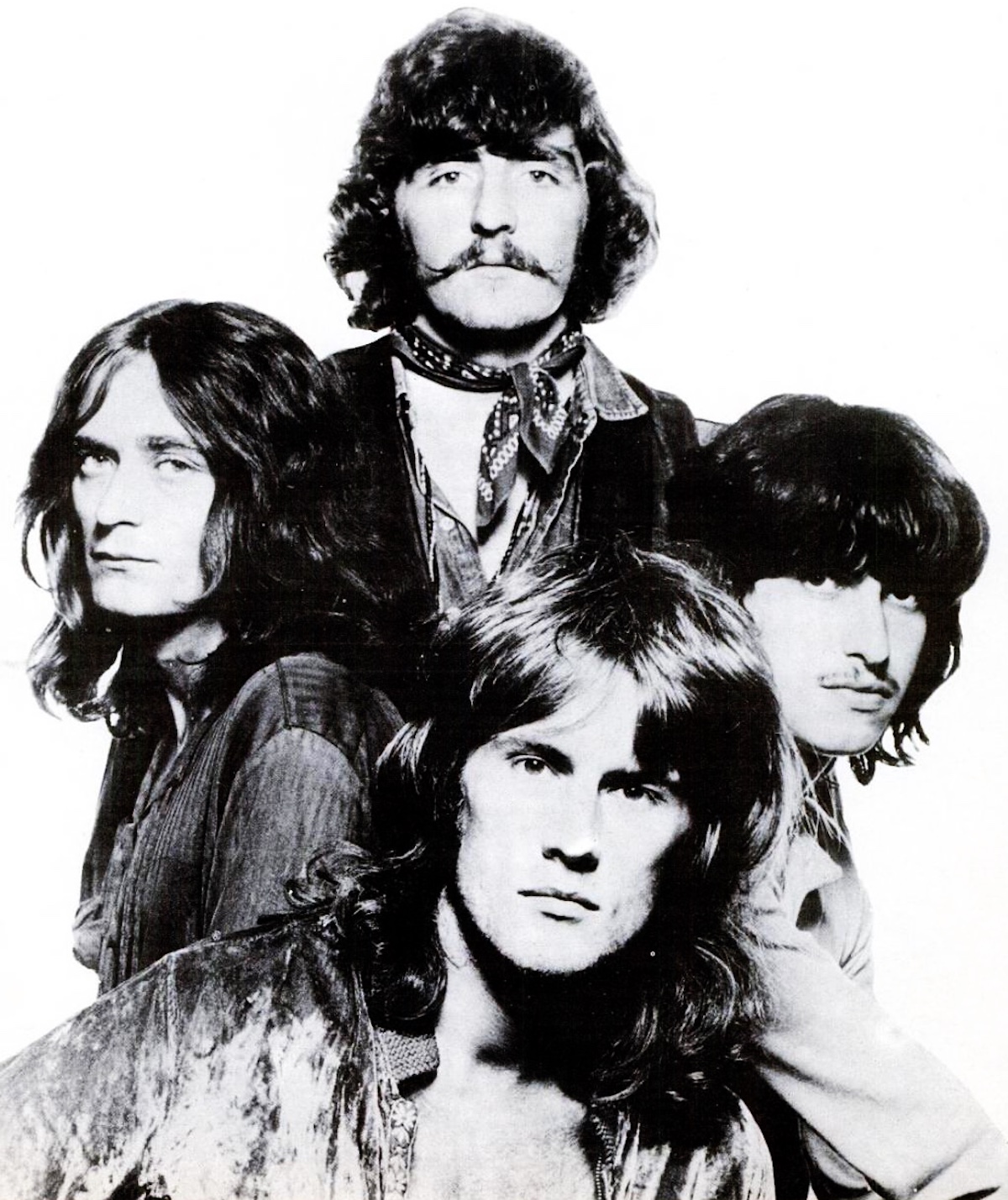 Apart from Ric Lee‘s drum solo Shantung Cabbage — mixed in with a cover of George Gershwin’s Summertime, none of the songs on their debut album show up on the initial vinyl release of Undead. In this regard, it is entirely new — and actually contains more original songs than the self-titled debut. There is a 2002 re-issue which includes four extra songs, two of which were on the debut. But we’re going to examine the original five-song vinyl.

The first thing you notice is that it isn’t lost on the band that Klooks began as a jazz club, and they have the chops to absolutely belong there. They even do two jazz standards — Woody Herman’s Woodchopper’s Ball and the aforementioned Summertime.

It kicks off with a modest introduction, a smattering of very nearby applause, and then full-tilt boogies into the excellently titled I May Be Wrong But I Won’t Be Wrong Always. The 10-minute opener shows off everything Ten Years After have to offer: Dizzying fast guitar work by Alvin “fastest guitar in the West” Lee, his unpretentious workman vocals, a much-needed guitar break courtesy of an organ solo from Chick Churchill and — even better — a bass guitar solo. Really, it seems to be Leo Lyons’ bass solo which really gets the crowd into it. This is what jazz crowds expect. You only need to hear 10 seconds to know Alvin Lee has crazy skill, but once the band show you that every member can carry the song, it suddenly dawns on you that they have superpowers. 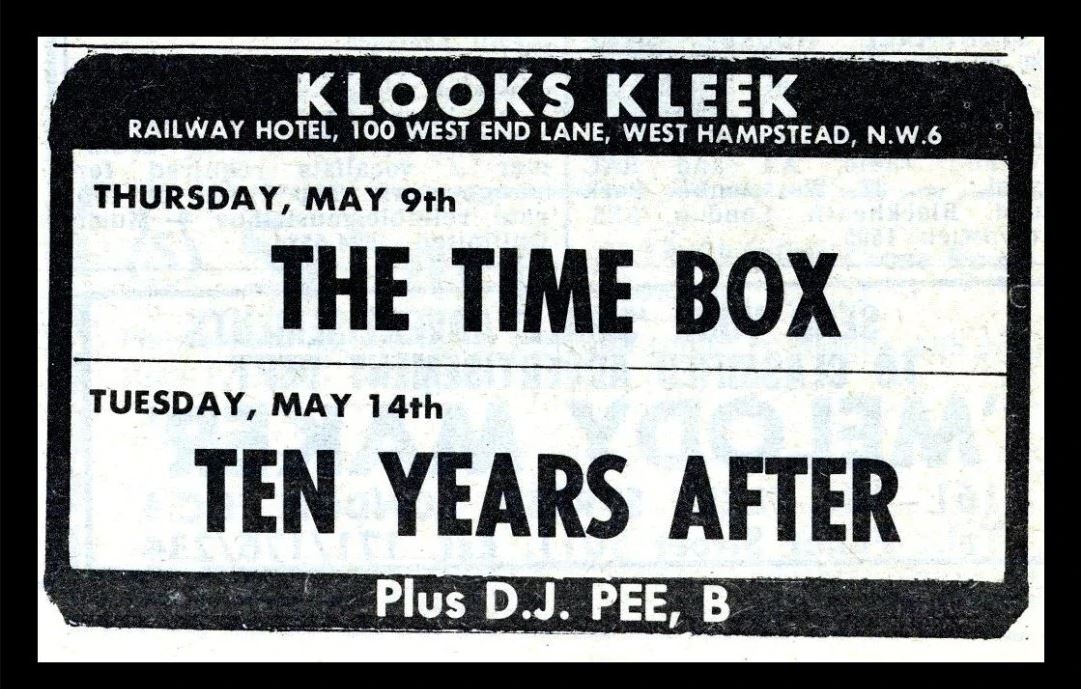 Side 2 begins with one of the greatest slow-blues numbers ever — the Alvin Lee-penned Spider In My Web. This one is similar to Killing Floor or The Thrill Is Gone. Almost like Zeppelin’s Lemon Song, except with jazzier drums, a Hammond organ and crazy-fast, less fuzzy guitar … and the opposite of Robert Plant.

Finally, it’s the drummer’s turn for the spotlight. Ric Lee never lets up throughout the Summertime intro to his signature solo Shantung Cabbage. The physically and musically impressive solo draws enormous applause from what really seems to be a “musician’s audience.” But the truth is the solo is enjoyable and impressive to anyone, regardless of their musical knowledge, taste or ability. Incidentally, the two Lees are not related.

Fittingly, the last track represents the world’s introduction to what is likely the band’s best-known song: I’m Going Home. The performance of this a year later at Woodstock — prominently featured in the accompanying film — got everyone talking and launched the band into the big leagues.

Following this Klooks show, Ten Years After continued to play an average of three gigs a week throughout England until June, when they made their first trip to the United States. The seven-week tour was by personal request of promoter Bill Graham. They did a few days of shows at the Cheetah Club in Venice, California before a big show June 24 at the Whiskey A Go-Go, where the opening act was Alice Cooper. Undead came out a few weeks later.

Back in the U.K. in early August, Ten Years After played two more gigs at Klooks Kleek that month, celebrating the album recorded there three months earlier, and the whirlwind of success which followed — even with little radio support from the BBC, which found their songs too long for conventional radio play. Spin the album, it’s impossible not to see why. 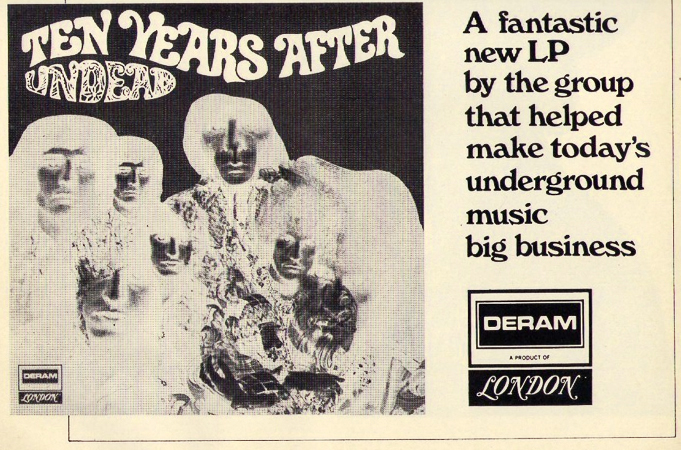