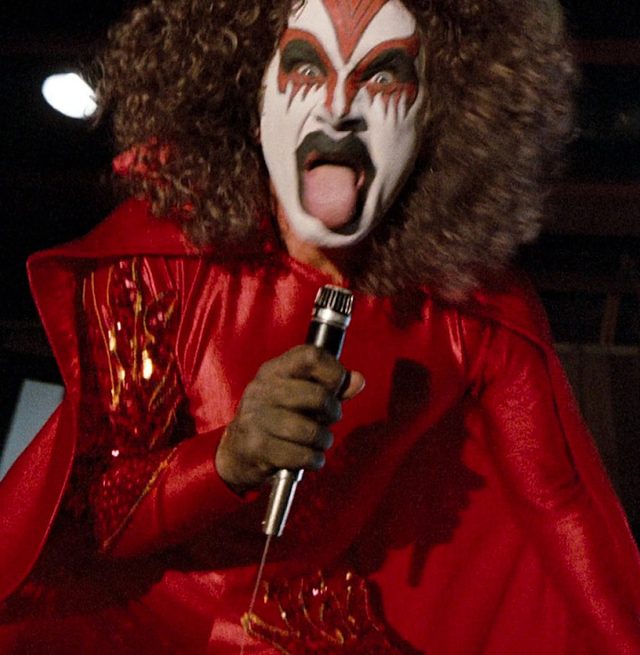 I recently lost track of time down the rabbit hole known as Rocklopedia Fakebandica.

The online database boasts nearly 6,500 entries of fake or fictional bands and musicians. I wound up there because of two such acts which I’m going to tell you about today: Deacon Dark and Moloch.

Both of these were shown to me years ago via YouTube by my KISS-loving pal Sean. That’s because both Deacon Dark and Moloch certainly appear to be attempts by television producers to capitalize on the popularity of “the hottest band in the world.”

We’ll start with Deacon Dark — a character portrayed by the late Sonny Bono in a guest star role on The Love Boat in 1978. Oh, yeah. Episode title: Murder On The High Seas / Sounds of Silence / Cyrano de Bricker. The story: Deacon Dark is the stage name of Love Boat passenger Phil Backstrom (Bono), who has his manager with him — portrayed by Laugh-In and Gong Show veteran Arte Johnson. Much to his manager’s dismay, Phil has grown tired of Deacon’s glammy shock rock and would rather do ballads. He falls in love with a deaf girl and performs — sans makeup — a ballad for her called Now That I Found Sarah.

Love Boat purser Gopher is a big Deacon Dark fan, and introduces himself to Phil as he sat at the captain’s table for dinner. Claiming to have all his albums, Gopher specifically named the songs Screaming Voodoo Devil Boogie Woman and Step, Step, Step on Toads. Well, I assume they’re songs, they may be albums. But the song we actually are treated to in this episode is Smash It! The performance — with a full band on the lounge stage — is introduced by Deacon’s manager: “The demented! The dangerous! The disgusting! Deacon Dark!”

The song — however awesome — is pantomimed of course. It’s certainly Bono’s voice on the track but goodness knows who the musicians are.

Just like the appearance of Deacon Dark, the music is a blend of Alice Cooper and KISS. Dressed in a wide-brimmed black hat, makeup and a red jumpsuit, Dark leaps around wisps of modest pyrotechnics, waving an unplugged Les Paul knockoff guitar. It comes as no surprise the useless instrument gets smashed into the front of the kick drum and then snapped in half by bashing it into a mic stand.

Here’s the weird thing, there’s little doubt Bono’s Deacon Dark character was meant to resemble Gene Simmons. But at the time, the KISS bass player was dating Bono’s ex-wife Cher. I got made for mocking you, babe.

So that was on ABC. Meantime, over on NBC we can tune in to Erik Estrada and CHiPs for another curious nod to KISS: Moloch. Not to be confused with the 2022 film Moloch.

Moloch, portrayed by Donnie Most, looks even more like Gene Simmons — if the KISS demon wore all-red with big curly hair. His shtik, as well as the theme of the episode, is occult overtones in rock music. This is smack-dab in the middle of America’s “Satanic Panic” era.

Oh, right — yes, Most was pretty famous at the time for his role as Ralph Malph on Happy Days. This particular CHiPs episode, called Rock Devil Rock, aired on Halloween 1982 during the show’s final season. It was directed by John Astin, aka Gomez Addams.

The song, Devil Take Me, is designed to be very KISS-sounding. Truthfully, it’s more Paul Stanley than Gene Simmons. I can’t confirm if that’s actually Donny Most singing. I’m inclined to believe it is, since Most is actually a pretty good vocalist — it’s what he was first known for, and also what he’s doing these days.

Here's a sampler of the single I released last week in the UK. It's getting a lot of airplay and great response. It's available on ITunes and Amazon. You'll probably remember Smokey Robinson's version. Here is my "Ooo Baby Baby". pic.twitter.com/B8HR4hZekh

When this episode aired, Most had already released a self-titled album six years earlier. In fact, he performed the single All Roads (Lead Back to You) on Happy Days. He followed this up with a few other singles in 1978 before releasing a Christmas album of swing music in 2016. I would have totally put Devil Take Me on it.

Back to the CHiPs episode in question; the KISS references don’t end with the music and the makeup. Moloch‘s band are also dressed in early KISS outfits, particularly the guitar player who has the distinctive Ace Frehley triangular thing. And Moloch ends his performance of Devil Take Me by breathing fire.

The episode synopsis is a real enticing teaser: Ponch and Bobby‘s assignment as security guards for Moloch, a satanic rock singer, turns into near tragedy when the singer’s car takes on a life of its own, and a taped message states that the devil is going to take him. Bobby thinks it’s just a publicity stunt, but Ponch believes the threat is real and questions why Moloch’s manager is so unconcerned.

This isn’t Most’s only spooky season credit — he also did the voice of Stiles in the 1980s Teen Wolf cartoon, the reference for which my daughter recently named one of our skeleton baby Halloween decorations.

Anyway, I highly recommend converting these two gems into mp3s and adding them to your favourite spooky playlists. 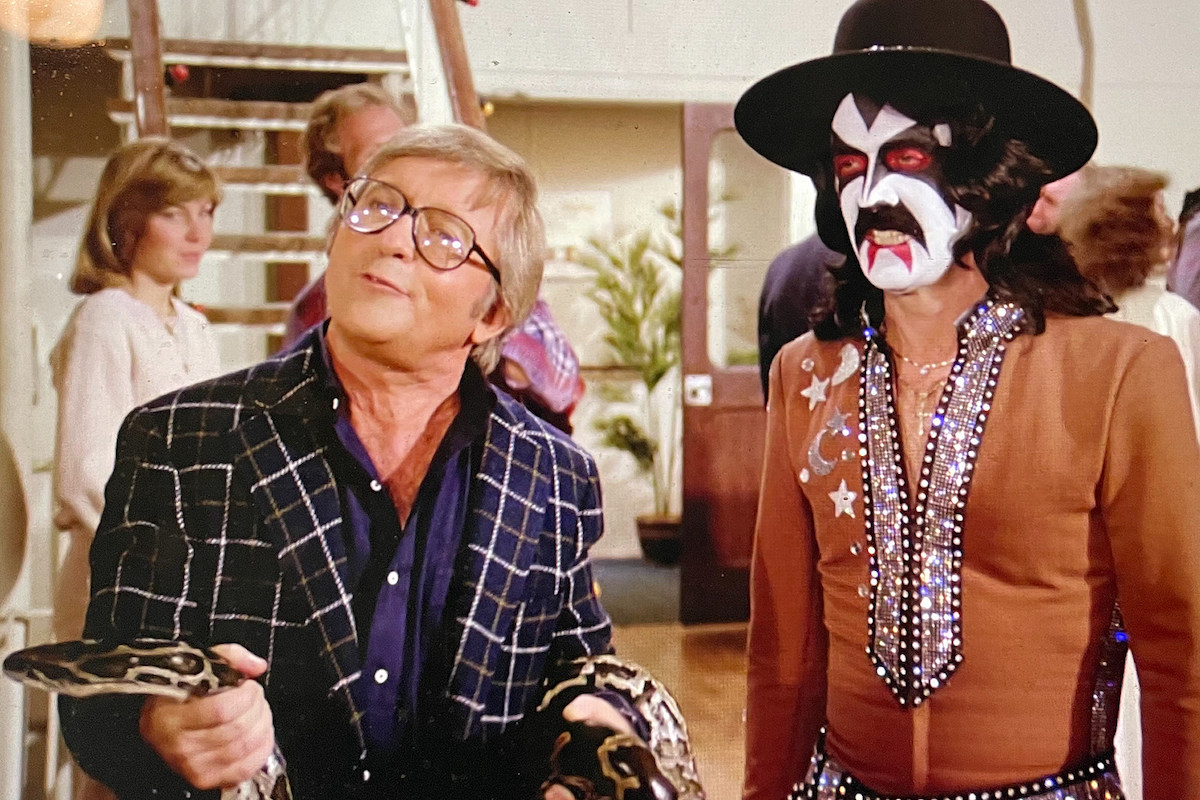