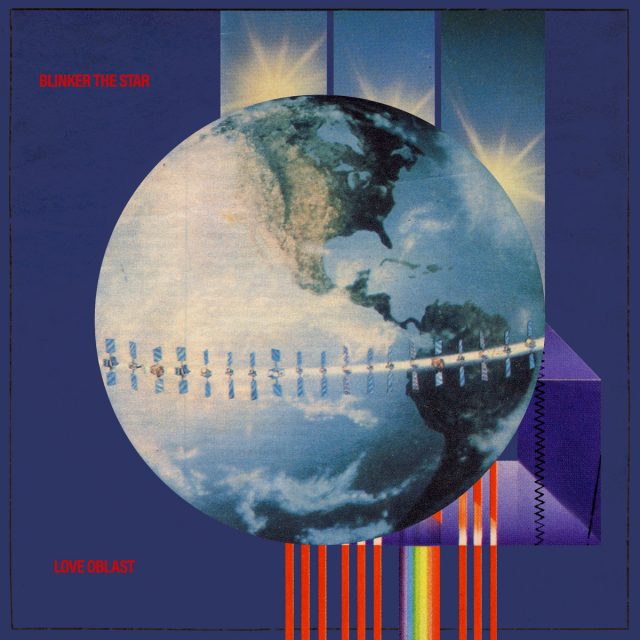 The only thing which has preoccupied Jordon Zadorozny more than music this year has been the war in Ukraine and the end of a relationship.

I haven’t asked him, but I assume the war is part of the inspiration for the name of his new Blinker The Star album Love Oblast. If you look it up, you’ll see an oblast is what they refer to as a region or province in countries like Ukraine. So the name of the new album essentially tells us Zadorozny’s heart is there. That or he’s making a weird $10-word reference to erogenous zones.

One of my oldest friends, JZ will talk about Ukraine at length. He’s probably the most well-informed person I know on the subject. What he doesn’t talk about, though, is the end of his relationship this year. But I know it’s been on his mind. He has the kind of lifestyle which is sometimes difficult to share with someone. So, if an oblast is a geographic compartment, you don’t have to poetically stretch too far to understand how that might apply to matters of the heart. I love a good mystery, and I refuse to ask him for the actual explanation.

Even with all this going on, as well as raising two kids and running his own studio, Zadorozny has managed to deliver albums, singles and compilations at a machine-gun rate over the past five years or so. After his major label debut in 1999 with August Everywhere, Zadorozny’s Blinker output slowed — a four-year break, then a nine-year break between albums while he focused on building an excellent reputation as a producer and collaborator. There’s an EP (11236) in 2015 before the renaissance began in earnest in 2017 with 8 Of Hearts, and the incredible single Orion, in late November 2017. This was quickly followed by work on Careful With Your Magic, and then Juvenile Universe the following year, a pandemic album of covers called Arista in 2021, three standalone singles and now a new album for 2022. That’s five albums in five years — mostly done between the endless recording, mixing and production sessions he does from his Skylark Park studio just outside his hometown, Pembroke, Ont. 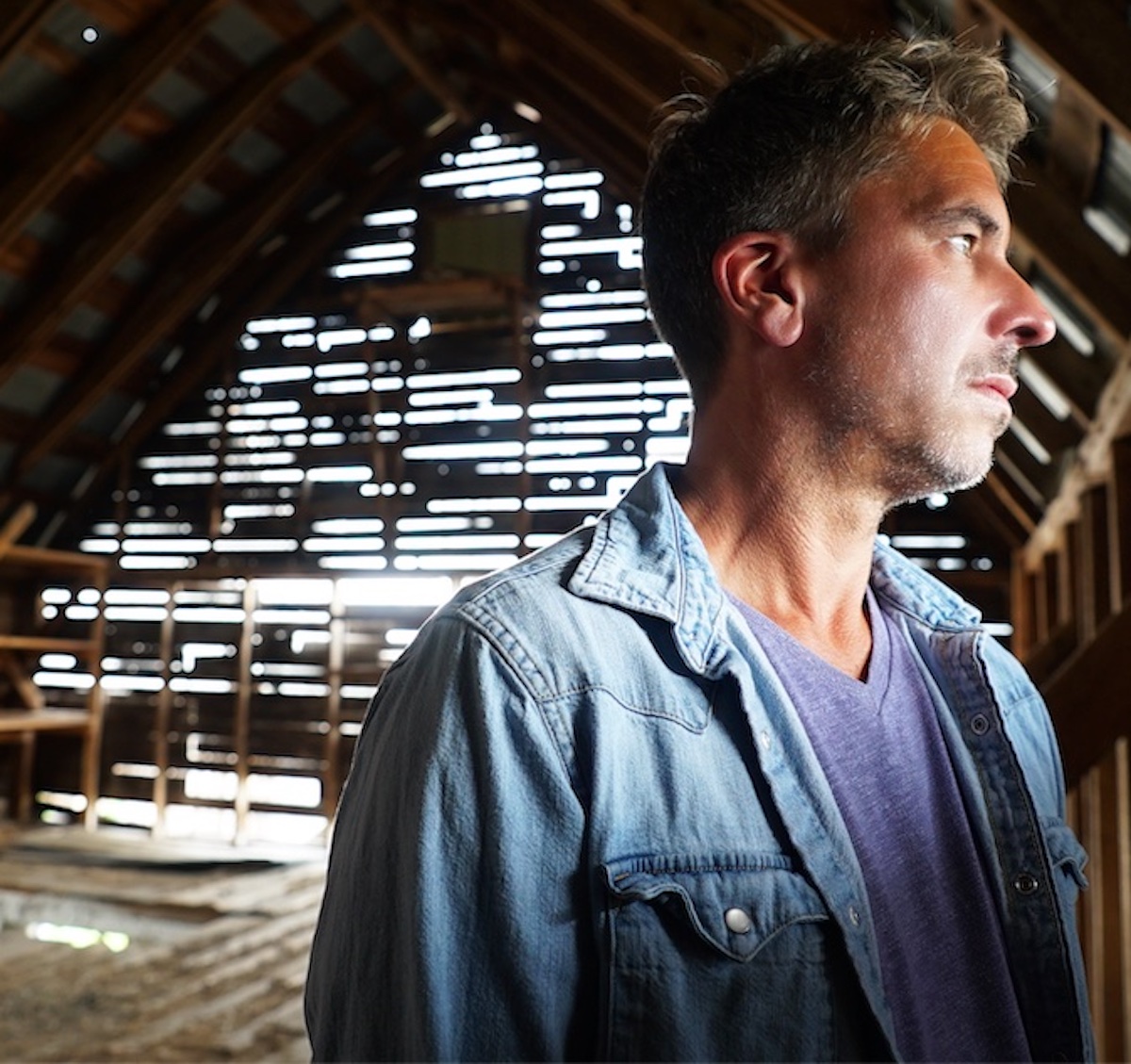 Knowing all this, you won’t be surprised that Zadorozny decided he needed to approach Love Oblast differently. He needed to step away from the distractions of the war, relationships and work. He needed to have the luxury of undivided free time, as opposed to scraps of opportunity carved out between jobs in which to whittle away at a new album. So he did something he’s never done before: Booked time off. Cleared his calendar. It shows. Love Oblast is the most fun Blinker The Star album since his very first one, crafted back in 1995 while in his last year of high school.

I know Jordon. I know him about as well as anyone. But I’ve always felt like I don’t know Blinker The Star. To me, it never really sounded like the guy I know. This is not the case with the new album. It’s smart, fun, creative, overloaded with talent and youth despite a copy of The Power Station tucked under its arm.

It begins with Some Nights, which manages to both take its time while also getting to the groove right away. The first words drop you right into the main refrain. From there it takes off like a drone camera, soaring over familiar lands on the fastest four-minute ride you’ve ever been on. The layers of synth and piano courtesy of John Fields are fantastic and the handclaps (Jordon loves these) nudge you onto the floor of the gym at a teen dance. Smile, we’ll do this together. It’s such an affable song — catchy and new, but not at all challenging. It sounds like the artist is making the kind of music he himself enjoys.

Next up is the pre-album release single Walk Through The Park. I believe this was the first song tackled during Zadorozny’s time-off-to-make-an-album period. He’s getting really good at manipulating drums around the spectrum. It’s a great headphones song. I need to know more about where the ’80s bass licks came from. This is a lesson in how to layer sounds and how to let songs breathe without doing breaks. It’s deceptively infectious and is crafted to be played by everyone regardless of format. Those layers are achieved courtesy additional guitars from Jarek Leskiewicz, who also plays synth. So too, again, does Fields. Veteran Blinker contributor Bob Wilcox adds backing vocals.

Fans have probably heard the next two songs before. Both Siren and Touch were Bandcamp Friday releases. Not everyone can pull off doing their own backing vocals, but it really works, especially with Siren. Zadorozny doesn’t even try to make it sound like anyone but himself. For the most part, as usual, almost everything you hear on this record is him. Though, Fields once again provides synth on these two tracks and Emmanuelle Boies’ lead vocals on Touch make it quite special. Seems like not the easiest chorus to sing, even though this has the feel of a song where the melody was written first.

Bends You Like A Plaything comes next — a great example of what I’m talking about when I say this is a “fun” record. At its core, this is a riff song. But I love the synth which reminds me of the Passe-Partout theme song. I believe Fields is playing this. Fans of Zadorozny’s guitar playing are treated to the album’s first (too brief) ripper here, and the backing vocals from the absolutely incredible Stella Panacci.

Next we get a song which presumably was intended as the title track of 2017’s 8 Of Hearts. This is the kind of ’80s prog-pop-rock I love. Maybe this is his version of The Jack. The melody kind of reminds me of Salt & Pepper by Dope Lemon. I’m not just being sassy when I say it’s very ’80s — it even has Ray Coburn (of Honeymoon Suite fame) on synth. I’m Facebook friends with Ray, thanks to Jordon’s influence and that’s where I found, watched and shared a recent video of Ray performing the organ part from Deep Purple’s Perfect Strangers. Makes me wonder if that’s where the title of the next track came from.

Lord John is JZ goofing around. Listen to the lead guitar and I’ll tell you it is played by someone who used to have the tri-fold gatefold of Tejas by ZZ Top (look up the photo) open on his mantle. Though this is more like TV Dinners than Ten Dollar Man. The slide guitars are performed by Leskiewicz. I believe this is the last song recorded for the album, which is perhaps why it’s the most fun one of all. Leskiewicz also adds synth and guitar to the final track, Better Keep Running. There are just eight songs on this. Not a bad idea considering they’re mostly more than four minutes each and heavily layered — Dagwood songs.

Better Keep Running starts with heavily gated drums like early Peter Gabriel solo stuff. In fact, the main verse guitar/synth progression is well within that universe as well. Where it takes a hard left is in the pre-chorus/chorus. The second time through that leads right into an absolutely awesome instrumental bit, which could easily have just gone on for another three minutes. He’s a frigging tease. Perhaps it would get properly extended when performed live. Like that’s ever gonna happen. While JZ is as prolific as ’50s and ’60s J.D. Salinger, he’s equally reclusive. Let’s tease him.