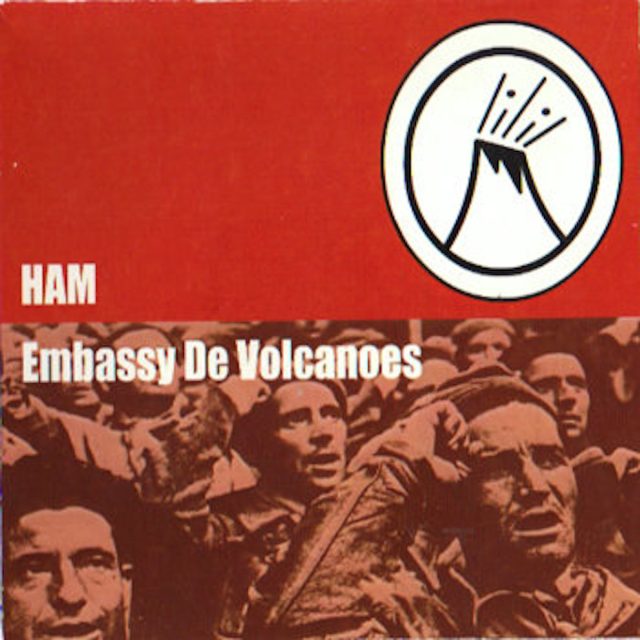 Their name, we are told, is Biblical — as in Ham, son of Noah — rather than porcine. Which is only fair, since these Winnipeg lads know how to raise a holy racket.

On their debut album Embassy de Volcanoes (recorded two years ago in France but just now seeing release), the fearsome foursome offer an engaging and energetic take on the angular ’70s-style rock of folks like the Mothers Of Invention, Captain Beefheart‘s Magic Band, Pere Ubu and King Crimson. Over the course of 10 songs that dart by in just 36 minutes, the Hammers deploy legions of snakefinger guitars, oodles of lumpy Dada skronk, mucho post-grad artiness and lyrical absurdity, no small amount of yelped vocals (although at least one of these boys sounds a little too much like Sting for our liking), a dollop of free-jazz noodle-skronk, the occasional tidbit of ethno-rock and enough math-rocky calculation to foster a doctoral thesis. An acquired taste? Perhaps. But a juicy little morsel nonetheless.