Home Read Albums Of The Year: EggS | A Glitter Year 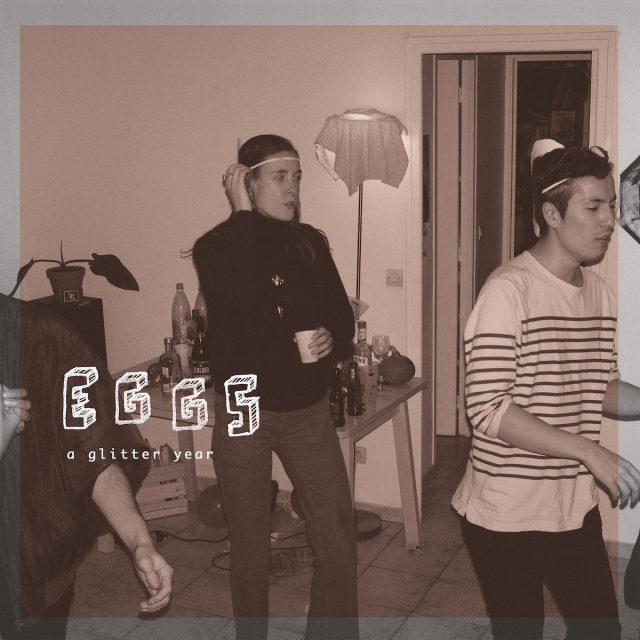 THE TRANSLATED & EDITED PRESS RELEASE: “EggS hatched in 2018 in Paris. Inspired by the indie pop of the Flying Nun or Sarah Records labels, carried by an uncompromising vision inherited from The Television Personalities (then a notable influence on the group), the quartet quickly composed a handful of titles with immediate charm, between jangly guitars and dented keyboards.

EggS released their first 10-inch vinyl EP that same year on the Howlin’ Banana label. Their formation was still relatively invisible according to current criteria: No social networks, press photos or digital distribution to accompany this enigmatic record. However, this first release managed to find its way among a few assiduous fans of guitar pop, especially in England. The group played their first concerts, and gleaned some initial feedback from the press. This was followed by two 45-rpm singles and An Unexpected Christmas Gift, a perfectly intimate release issued on Dec. 18, 2020, which ended up falling into the hands of Mark Dobson, drummer of the legendary Field Mice and founder of the Prefect Records label.

While a dozen new songs accumulated in the head of Charles Daneau, founder and main composer of EggS, his vision of the group evolved. True to his belief that the band’s sound must expand, EggS has become a sort of fanfare under the leadership of its creator. Drummer Grégoire Bayart (for whom percussion had never been the main instrument, incidentally) switched to guitar, replaced by Rémi Studer, who had previously played in hardcore groups. Camille Fréchou and Margaux Bouchaudon, from the group En Attendant Ana, join EggS on alto sax and vocals. The newly reformed troupe then set about producing their first album. A Glitter Year was recorded at the Claudio Studio in the depths of the Parisian suburbs, during two rainy weekends and in a creative chaos characteristic of the group. With the help of Alexis Fugain, Vincent Hivert and Guillaume Siracusa, the new version of EggS collectively shapes what will become A Glitter Year.

A first album in the image of EggS, its 12 tracks seem to be constantly suspended in a fragile balance between grace and chaos, a tinkered, touching, sincere and timeless pop.”