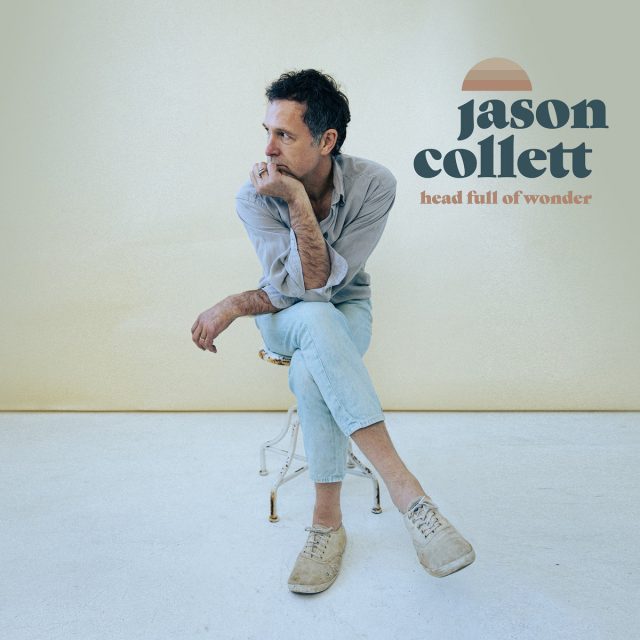 THE EDITED PRESS RELEASE: “For Head Full Of Wonder, Jason Collett takes inspiration from a famed Bertolt Brecht epigram on the first single: ‘In the dark times / will there also be singing? Yes, there will be singing / about the dark times.’ With the antidote to the din of the days, Collett layers breezy, jangly melodies over his own patent prose, answering yes ‘you can really get that feel in dark times.’ The first salvo from Head Full Of Wonder is folk music distinctly of the moment, lifted up by the spirit of music itself.

“I read those lines from Brecht’s 1938 poem and immediately heard a melody, and the song came together without effort,” Collett recalls. “The recording was similar, it came together pretty naturally in a live take.”

Head Full Of Wonder finds Collett stepping out of his usual creative orbit, recording in Toronto at All Day Coconut with Montreal producer Marcus Paquin, joined by drummer Liam O’Neill (SUUNS), guitarist Joe Grass, and bassist Mike O’Brien (Zeus). A distillation of the five years since 2016’s Song And Dance Man, these 11 new songs hone in on the fine craft of songwriting, offering a direct and simple collection of elegant indie-folk, some of the most poignant creations of Collett’s storied catalog.

“In absorbing the tumult of the times, there’s a lot of shit to write through, (that Bruce Cockburn line comes to mind, ‘You’ve got to kick at the darkness until it bleeds daylight’) and the challenge is to get to the other side with something positive to contribute,” Collett says. “I let go of some swagger and embraced intimacy and joy and wonder. I hear this in the record and it makes me very happy to have made it.”