Howdy. I just got back from Nashville, where I saw Jason Isbell and Ruby Amanfu at the Ryman (absolutely incredible), Sudan Archives at the Basement East (easily the best — and, well, only — hip-hop / soul / R&B fiddler I’ve ever seen), The Paranoyds and Upchuck at Third Man Records’ Blue Room (with majordomo Jack White in attendance, hanging out in the crowd with everybody else), and more. I also toured The Country Music Hall Of Fame And Museum, The National Museum of African American Music, and the Third Man facility (where I met label co-owner Ben Blackwell and mastering engineer Bill Skibbe). Anyway, that was my week in music. Here’s the best of what’s in store for you next week (trip to Nashville not inclued): 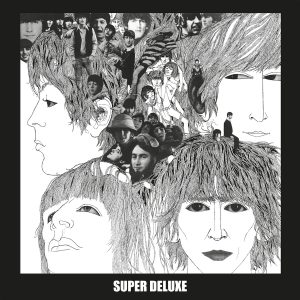 THE EDITED PRESS RELEASE: “Revolver is The Beatles’ 1966 album that changed everything. Spinning popular music off its axis and ushering in a vibrant new era of experimental, avant-garde sonic psychedelia, Revolver brought about a cultural sea change and marked an important turn in The Beatles’ own creative evolution. With Revolver, John Lennon, Paul McCartney, George Harrison and Ringo Starr set sail together across a new musical sea. Now, Revolver will be released worldwide in a range of beautifully presented, newly mixed and expanded Special Edition packages. Revolver’s 14 tracks have been newly mixed by producer Giles Martin and engineer Sam Okell in stereo and Dolby Atmos, and the album’s original mono mix is sourced from its 1966 mono master tape. Revolver’s sweeping new Special Edition follows the universally acclaimed remixed and expanded Special Editions of Sgt. Pepper’s Lonely Hearts Club Band (2017), The Beatles (White Album) (2018), Abbey Road (2019) and Let It Be (2021). All the new Revolver releases feature the album’s new stereo mix, sourced directly from the original four-track master tapes. The audio is brought forth in stunning clarity with the help of cutting edge de-mixing technology developed by the award-winning sound team at Peter Jackson’s WingNut Films Productions. The collections also feature the album’s original mono mix, 28 early takes from the sessions and three home demos, and a four-track EP with new stereo mixes and remastered original mono mixes for Paperback Writer and Rain.” 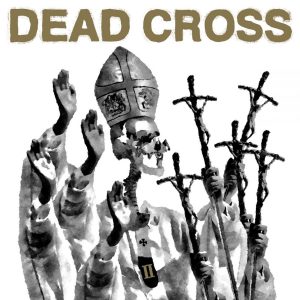 THE EDITED PRESS RELEASE: “When Dead Cross released their self-titled debut in 2017, Mike Patton said “I’m not some young tough guy trying to prove a point anymore. For me to make a record like this, it’s entirely a musical adventure. I just think it’s fun, and it makes me smile a lot.” Visually and audibly, Dead Cross are a snarling beast from some of music’s most experimental and dare we say, hardcore, musicians: Dave Lombardo (drums), Michael Crain (guitar), Justin Pearson (bass) and the aforementioned Patton on vocals. But at its core it’s a group of friends having fun, paying homage to the music they love and asking music fans to come along for the ride. It’s that very friendship that brought the band members back together once again and gave us II. Musically, II finds the band in top form. Whether it’s the speed metal sound of the first single Reign Of Error, the wailing guitars on Impostor Syndrome or the haunting chants of Love Without Love, the sound of destruction marches firmly onwards over the nine tracks. The message is still in the music, with Pearson pointing to Christian Missile Crisis, a song the bassist says “takes an obvious jab at organized religion, NRA-holes who clearly compensate for their lack of masculinity by fixating on gun ownership and gun ‘rights,’ and the fact that a large enough amount of Americans have the inability to negotiate peace and prefer oppressing others.” 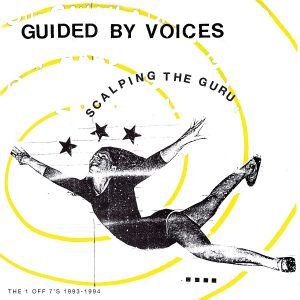 Guided by Voices
Scalping The Guru

THE EDITED PRESS RELEASE: “Scalping The Guru is an archival release envisioned and sequenced by Robert Pollard as a cohesive album, featuring select tracks from four Guided By Voices EPs released in 1993-1994 by Domino, City Slang, Siltbreeze and Engine Records. These hard-to-find records are essential for fans of Vampire On Titus and Bee Thousand, with GBV classics including My Impression Now, Matter Eater Lad and Big School. For this album, Guided By Voices arePollard with Tobin Sprout, Mitch Mitchell, Kevin Fennell, Jim Pollard, Dan Toohey, Greg Demos and Larry Keller. It was recorded on four-track cassette by Sprout. Some songs were lovingly fucked with by Mike Hummel.” 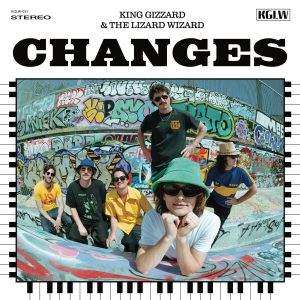 THE EDITED PRESS RELEASE: “For half a decade, King Gizzard And The Lizard Wizard have been haunted by one elusive conceptual project that had bested their every attempt (of which there had been several). They first conceived the album back in 2017, a busy year for the group. Within a mere 12 months, they recorded and released five albums of new material, but the band had intended to see out the year with a different album. That album was called Changes, and it’s finally arriving now. “I think of Changes as a song-cycle,” says singer-guitarist, chief songwriter and bandleader Stu Mackenzie. “Every song is built around this one chord progression — every track is like a variation on a theme. But I don’t know if we had the musical vocabulary yet to complete the idea at that time. We recorded some of it then, including the version of Exploding Suns that’s on the finished album. But when the sessions were over, it just never felt done. It was like this idea that was in our heads, but we just couldn’t reach. We just didn’t know yet how to do what we wanted to do.” But the concept of Changes did not go gently into that good night. “We really have been tinkering with it since then,” Mackenzie adds.” 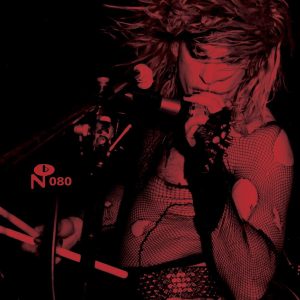 Various Artists
Bound For Hell: On The Sunset Strip

THE EDITED PRESS RELEASE: “Heavy metal? Glam? Hard rock? Make your own fuckin’ call, you poser. We’re not gonna do it for you. Bound for Hell is early ’80s L.A. rock as it actually was: a California cataclysm of drunk and horny headbangers, dressed in sharp, shiny, leather androgyny and fire, kicking crowds in the teeth to clear the way to that one big shot. Featuring 21 tracks by 21 of The Sunset Strip’s most razor-sharp heathens. Available as a two-LP box set with an ephemera-stuffed gatefold and 144-page hardbound book, or a sheer savage CD wallet, with a 12-panel double-sided poster for those denizens of the compact disc. Drumsticks burned. Hands were severed. Faces bled. Heavy was HELL for a half decade and it was a long, long way down.”