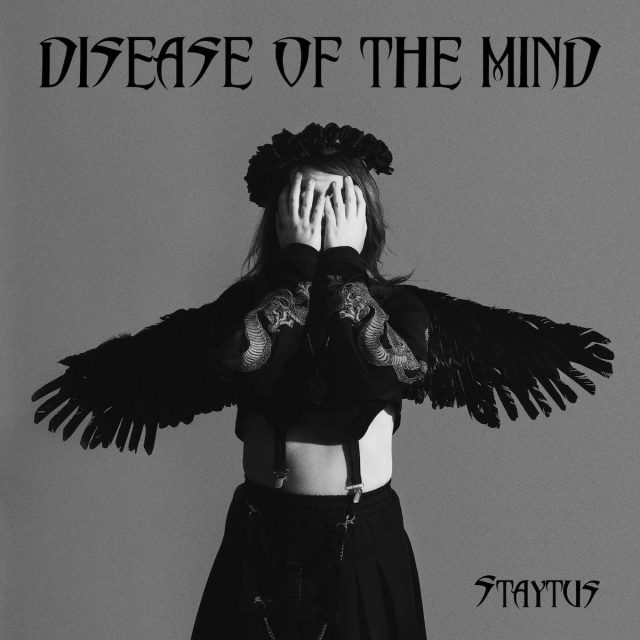 Staytus gets inside your head and bores into your brain with her her new debut album Disease Of The Mind — showcasing today on Tinnitist.

“I had to write Disease Of The Mind to cope with my mental health struggles,” Staytus confesses. “I truly felt like a broken, fallen angel when I composed this album. Acknowledging your feelings of hurt, anger, and despair can help you move through them to find hope and relief.”

Album highlights include the rollicking Dreams From Hell, which Staytus describes as “a journey of experiencing abuse over and over again. The meaning of the song is about my struggles with PTSD and the symptoms that can come with it, such as intrusive/ruminating thoughts and self-harm. It’s like an endless cycle of remembering who hurt you. Listen to my lyrics: ‘I stay awake, I cannot take it anymore;’ the conceptual, ‘A crooked sense of forgiveness;’ and the plea of self-realization, ‘Maybe it’s time to wake up…’ ” 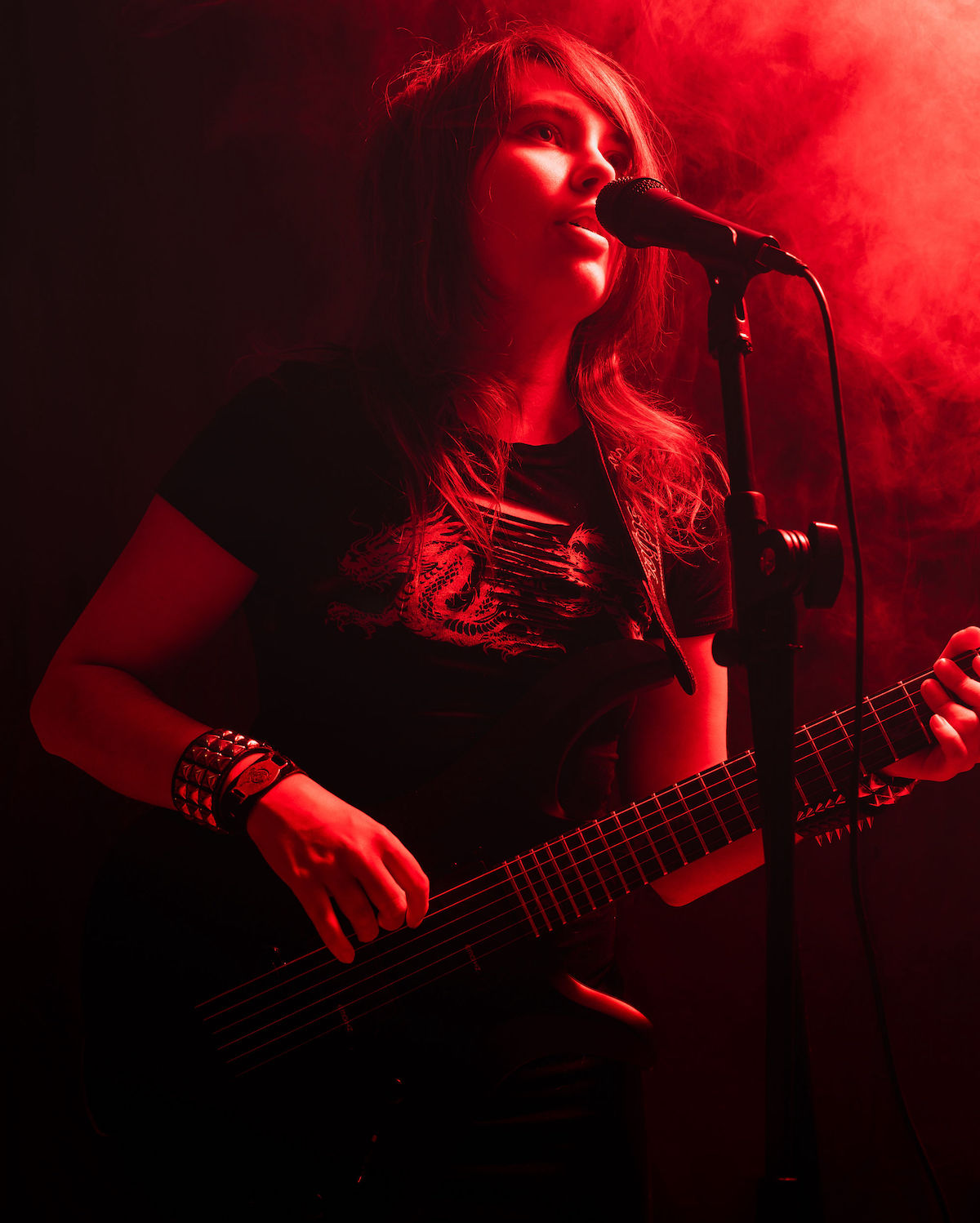 Disease Of The Mind also marries the classic palette of serrated guitars and electronic beats to contemporary concerns like relationship trauma and the struggle of navigating a world based on “neurotypical” standards — all informed by the immersive audio-visual sensibility of gaming culture. As an avid fan of video games like Portal, Left 4 Dead and Half-Life, Staytus channels the influence of game developers like Will Wright, Maxis and Valve as much as she takes after other musicians. (The moniker Staytus, in fact, comes from the game Counter-Strike: Global Offensive.)

On Disease Of The Mind, the various sonic elements inter-weave like the holographic 3D-panel displays depicted in futuristic films like Prometheus and the anime classic Ghost In The Shell. And rather than simply hit you over the head with untempered rage, Disease Of The Mind displays a self-awareness that only enhances its raw expressions of despair. As a result, the music never completely expunges the beauty from its heart of darkness.

There’s an inherent romance to the way Staytus — real name: Sam Grundemann — arranges each aspect of a song with loving care, polishing or abrading the surfaces of her sonic architecture as she sees fit. But as much as tracks like Absolute Terror and Decay percolate with the angst of early adulthood, with their sawblade guitars wailing away in the mix, Staytus has a most elegant touch when it comes to creating space in her music (captured this time with mixing assistance courtesy of Grammy-nominated producer Adam W. Berg). Yes, some of these songs get loud, but what stands out the most is her incomparable finesse. On tracks like Arrhythmia, Dreams From Hell, An Echo In Space and Part Of Me, Disease Of The Mind matches the sting of lingering post-traumatic distress with a life-affirming sensuality.

Since the age of 15, the Scottsdale, AZ multi-instrumentalist/songwriter has steeped herself in writing and recording her material, posting individual tracks while acquiring a string of degrees and certifications in audio production. Being patient and deliberate, however, has paid off — with Disease Of The Mind, Staytus has crafted a lavishly detailed opus that envelops the senses as it pulls the listeners into its own sonic universe. 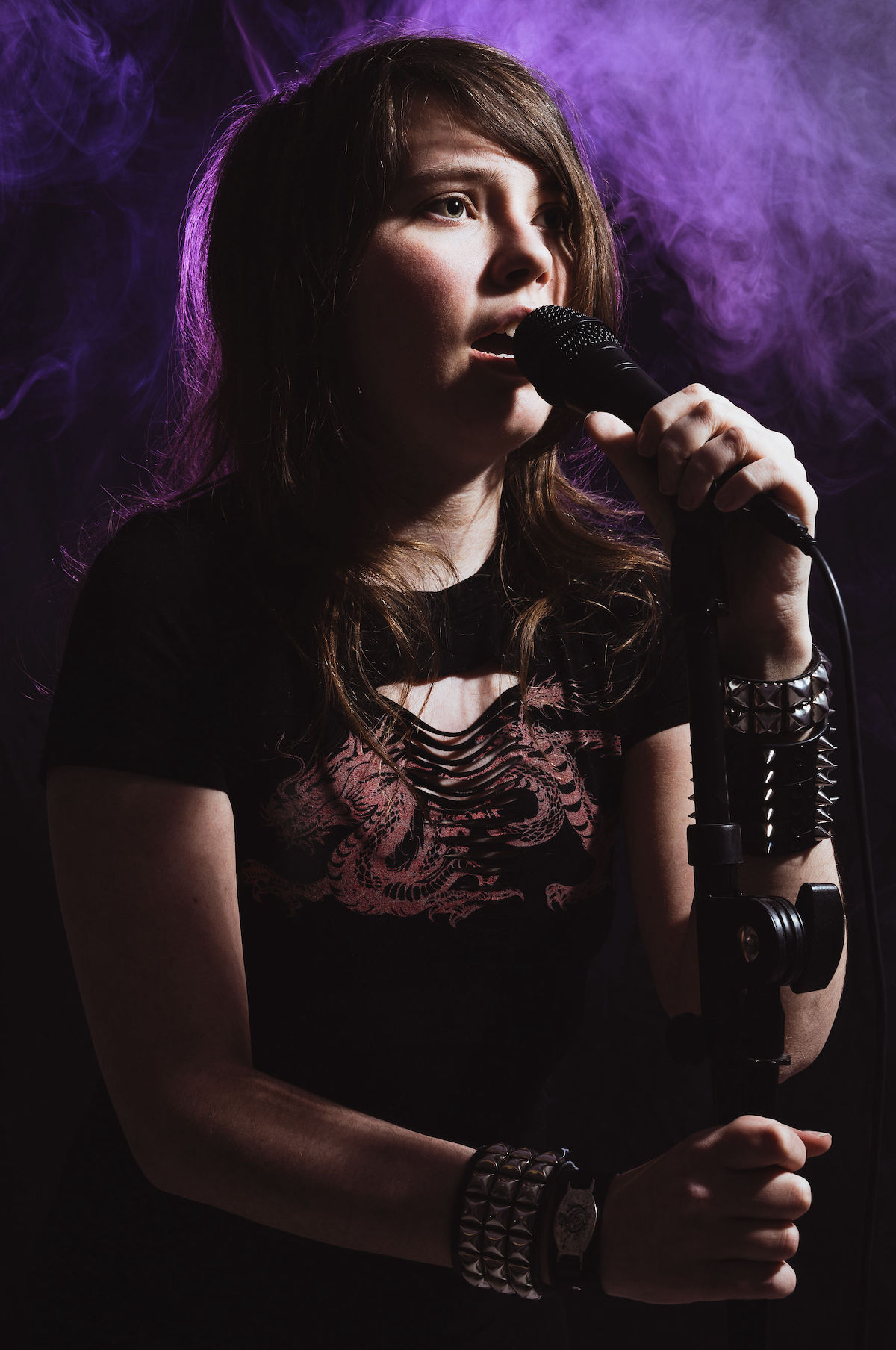 Aspiring to the wide-angle scope of genre-defining albums like Nine Inch Nails’ The Downward Spiral, Ministry’s Filth Pig and God Lives Underwater’s Life In The So-Called Space Age, Staytus leaves her mark on the industrial metal paradigm with an utterly distinctive approach to production and songcraft that reflects the years she’s spent honing her style in both domains.

On the album cover, a black-winged Staytus is shown covering her face with her hands, a dragon adorning each sleeve. This wasn’t simply a cosmetic wardrobe choice — for her, the archetypal symbol of the dragon represents something deeply powerful and, in its own way, real. Likewise, as you find yourself unable to resist moving your limbs as Disease Of The Mind unfolds, an insistent shade of regeneration comes to life within the music.

“I don’t know what the hell I’ve been through,” she sings on album closer Really Gone. Maybe so, but what we do know is that Disease Of The Mind conveys resilience, as well as the arrival of a new presence on the industrial metal landscape.

The album was performed, written, and produced by Staytus with final mixing/mastering by Adam W. Berg, Unity/Manifest Studios, Santa Monica. Listen to the album below, watch some Staytus videos above, and find her at her website, Facebook, Instagram and Twitter. 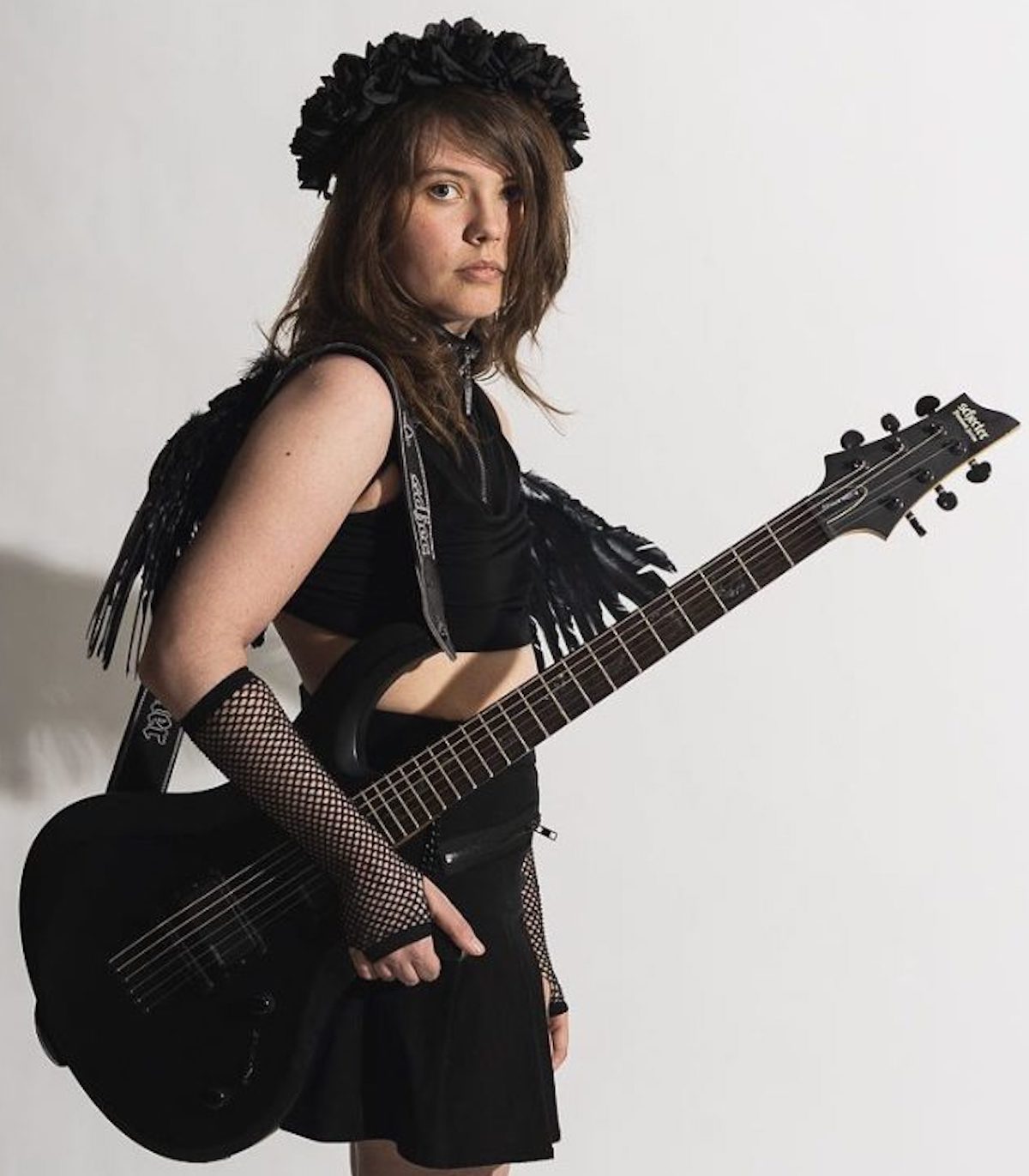