Compared to the past couple of weeks, things are actually kind of slow this time around — at least when it comes to big-name releases. Still, when your short list includes albums from King Gizzard And the Lizard Wizard, Frank Zappa, M.I.A., Can, Black Lips, The 1975 and more, it’s hard to complain. Here are the top 10 titles of the week: 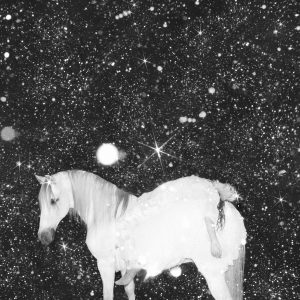 THE EDITED PRESS RELEASE: “The Black Lips’ 10th studio effort Apocalypse Love is scorched with their trademark menace. It cryogenically mutates all recognised musical bases; it spins yarns about vintage Soviet synths, Benzedrine stupors, coup de’ tats, stolen valor and certified destruction, all set against a black setting sun. Since the turn of the decade the band have transformed from austere country pioneers, into a set of Lynchian surrealists, hellbent on recalibrating the history of rock ’n’ roll. Singer and saxophonist Zumi Rosow muses, “It’s a weird dance record, one that reflects the moment that the world’s in right now.” Apocalypse Love is an album that emanates from a dive bar jukebox in the back of your mind; with a playlist that bends between tub thumping doom-glam, Plastic Ono singalongs, cocktail-shaken space age pop, Morricone reverberations and lo-fi outsider acoustic-punk, with mariachi horns, theremins, drum machines and harmonies filtering through the infectious melodies.” 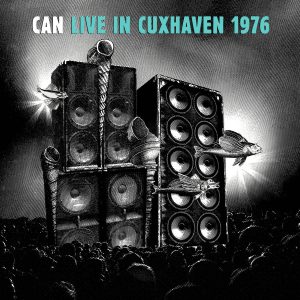 THE EDITED PRESS RELEASE: “Live In Cuxhaven 1976 is the third album of the curated Can live concert series. Originally recorded on tape, this carefully restored live album comprises the 1976 show in the format of a story with a beginning, middle and end, bringing Can’s performance to life. The series was overseen by founding member Irmin Schmidt and producer/engineer René Tinner, who delicately worked on restoring the archival recordings to the best quality for current modern technology. These albums have been released alongside a succession of interviews discussing the band’s live shows.” 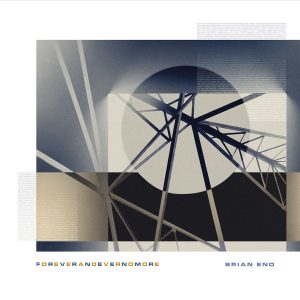 THE EDITED PRESS RELEASE: “Foreverandevernomore is the 22nd solo studio album from Brian Eno and the first since January 2017’s Reflection.  The 10-track album was recorded and produced by him at his studio in West London and sees Eno singing on the majority of tracks. It’s a sonically beguiling, ultimately optimistic exploration of the narrowing, precarious future of humanity and our planet. As Eno himself says. “I’m more and more convinced that our only hope of saving our planet is if we begin to have different feelings about it; specifically, if we become re-enchanted by the amazing improbability of life, suffer regret and even shame at what we’ve already lost, and feel exhilarated by the challenges we face and what might yet become possible. Briefly, we need to fall in love again, but this time with Nature, with Civilisation and with our hopes for the future.” 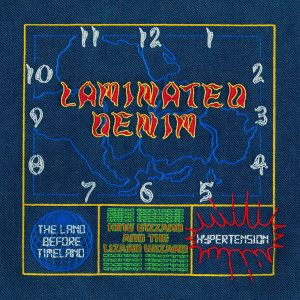 The Gizz aren’t flapping their Lizard lips about this one. There’s no press release for the second of three albums being released this month by Australia’s mighty psychedelic prog-rock sextet, but based on their Bandcamp page, the album consists of two 15-minute tracks, much like their March release Made In Timeland (one of the new songs is titled The Land Before Timeland — read whatever you like into that). Given this, I suspect this will be a relatively minor addition to the Gizzverse — something of a palate cleanser between last week’s Ice, Death, Planets, Lungs, Mushrooms And Lava, and their Oct. 28 release Changes. Even so, it’s new King Gizzard music, so count me all the way in. 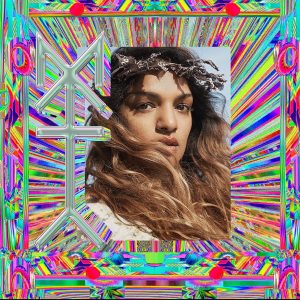 THE EDITED PRESS RELEASE: “With the imminent release of her forthcoming album Mata, groundbreaking, global trailblazer and visionary M.I.A. has shared Beep, another mammoth tune from the same mind that brought us Paper Planes, Borders, Bad Gals and so much more, as she teases her forthcoming sixth studio album. Beep follows Popular and The One, and sets the runway for what is set to be one of the most loved and talked-about albums of 2022. One of the most important and potent multi-medium artists of this millennium, M.I.A.’s career spans five studio albums, international performances, multiple sold-out world tours, Grammy and Oscar recognition, while continuously pushing the boundaries of digital and ideological possibilities. M.I.A. has never lost touch with her indelible punk spirit that inspired her glitching directorial debut; Elastica’s Mad Dog music video, to her self-directed tour visuals, graphics and NFT’s that continue to bend minds to this day. She has consistently paved the way in the music and digital art space and helped create a community of outcasts during the defining years of the internet, a spectrum of influence that is unrivaled by a recording artist.” 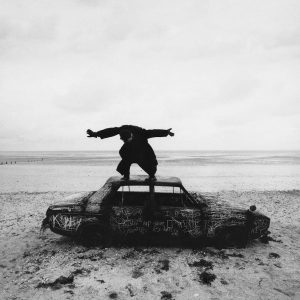 The 1975
Being Funny in a Foreign Language

THE EDITED PRESS RELEASE: “The 1975’s fifth studio album Being Funny In A Foreign Language was written by Matthew Healy and George Daniel and recorded at Real World Studios in Wiltshire, U.K. and Electric Lady Studios in New York. Formed in Manchester in 2002, The 1975 have established themselves as one of the defining bands of their generation with their distinctive aesthetic, ardent fanbase and unique sonic approach. The band’s previous album, 2020’s Notes On A Conditional Form, became their fourth consecutive No. 1 album in the U.K. The band were named NME’s Band of the Decade in 2020 after being crowned Best Group at the BRIT Awards in both 2017 and 2019. Their third studio album, A Brief Inquiry Into Online Relationships, also won British Album of the Year at the 2019 ceremony.” 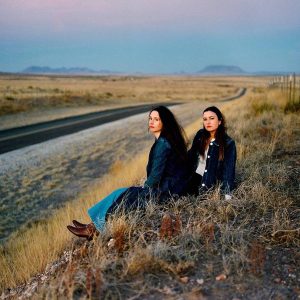 Plains
I Walked With You A Ways

THE EDITED PRESS RELEASE: “Hitting play on the debut album from Plains, the duo composed of Waxahatchee’s Katie Crutchfield and Jess Williamson, we’re immediately teleported into a world of Southern sunsets, wide open spaces, and the unapologetic nature of country music. Plains began out of Crutchfield’s and Williamson’s mutual love for each other’s music in early 2020. Feeling that it was time to have a separate project that could reflect a different side of her creative inspirations, Katie felt that Jess was the perfect fit for a collaboration, and they set off to create I Walked With You A Ways. Written between Kansas City, Los Angeles, and Marfa, the album was recorded in Durham, N.C. with collaborator and producer Brad Cook. The creative magic of only a few vocal takes, tracking with a band comprised of Spencer Tweedy and Phil Cook, gives the album a feel of fresh, on-the-spot conception. The trust and history of Crutchfield and Cook’s collaborations (Saint Cloud, Great Thunder EP) set the tone for this new container of spontaneity and experimentation.” 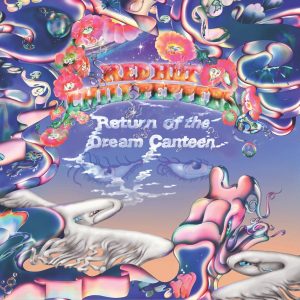 THE EDITED PRESS RELEASE: “We went in search of ourselves as the band that we have somehow always been. Just for the fun of it we jammed and learned some old songs. Before long we started the mysterious process of building new songs. A beautiful bit of chemistry meddling that had befriended us hundreds of times along the way. Once we found that slip stream of sound and vision, we just kept mining. With time turned into an elastic waist band of oversized underwear, we had no reason to stop writing and rocking. It felt like a dream. When all was said and done, our moody love for each other and the magic of music had gifted us with more songs than we knew what to do with. Well we figured it out. Two double albums released back to back. The second of which is easily as meaningful as the first or should that be reversed. Return of the Dream Canteen is everything we are and ever dreamed of being. It’s packed. Made with the blood of our hearts, yours truly, Red Hot Chili Peppers.” 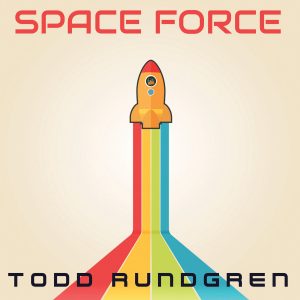 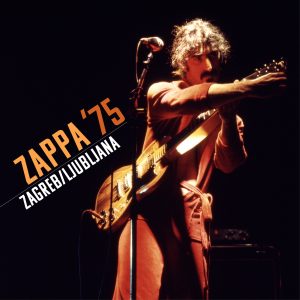 THE EDITED PRESS RELEASE: “In the fall of 1975, towards the tail end of a typically productive and prolific year that included finishing production on the One Size Fits All album, a spring tour with Captain Beefheart (immortalized on the live album, Bongo Fury, released in October of that year), and a performance of orchestral works, Frank Zappa and his band The Mothers played their first and only shows in Yugoslavia while in the midst of their fall tour. The Mothers of Invention Yugoslavian Extravaganza, as Zappa called it, took place in Zagreb and Ljubljana (now the capital cities of Croatia and Slovenia respectively) on Nov. 21 and 22, 1975 with the short-lived and slightly stripped-down lineup of Andre Lewis (keyboards), Napoleon Murphy Brock (tenor sax and lead vocals), Norma Bell (alto sax, vocals), Roy Estrada (bass) and Terry Bozzio (drums). In characteristically Zappa fashion, The Maestro made sure to record these historical shows behind the Iron Curtain. Zappa ’75: Zagreb/Ljubljana, features the best performances of the Yugoslavian concerts sequenced in the exact order of the show’s setlist to present the crème da la crème from each night for the first time ever. Produced by Ahmet Zappa and Zappa Vaultmeister Joe Travers, the 27-track live album boasts nearly two and half hours of completely unreleased music and will be available digitally (26 tracks without disc breaks) or on 2CD complete with a 32-page booklet filled with photos of the era and lineup by Gail Zappa and John Rudiak, with insightful liner notes from Travers, an interview between him and recording engineer Davy Moire who recorded the show and worked with Zappa from 1975-78, plus a firsthand account and illustration from Bozzio.”