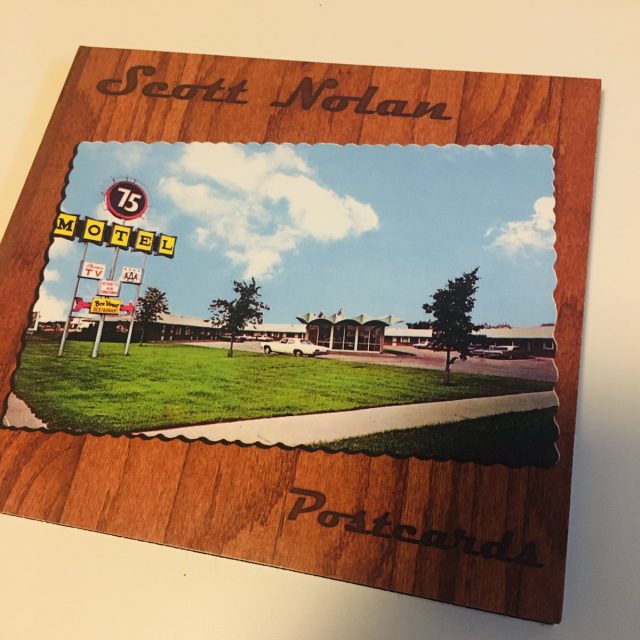 FILE UNDER: A singer-songwriter caught between sadness and smirk.

POINTED COMMENTS: A memorable picture. A simple message. And a few licks that put a stamp on the whole affair to bring it home. Eclectic rootster Scott Nolan could hardly have come up with a more perfectly descriptive title for his perfectly wonderful solo debut Postcards. Its baker’s dozen tracks are like snapshots of Nolan’s musical wanderlust, moving from raucous roots-rock to high-lonesome folk to twangy blues to willy-nilly hillbilly boogie and back again; meanwhile, the distinctive nasal rasp and whip-smart whimsical lyrics (Famous in Texas, Three Shades of Blue) make it clear he’s just as concerned with what he’s saying as what he’s playing. Nolan’s world is a nice place to visit.