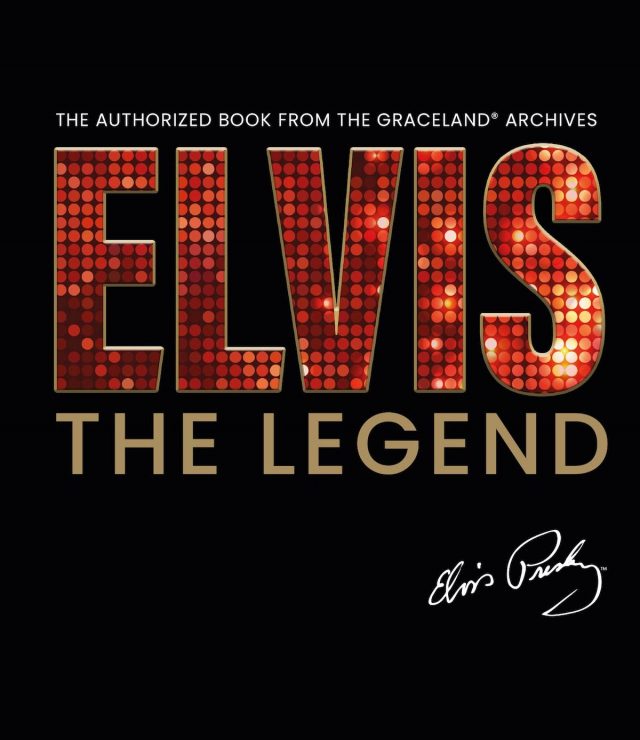 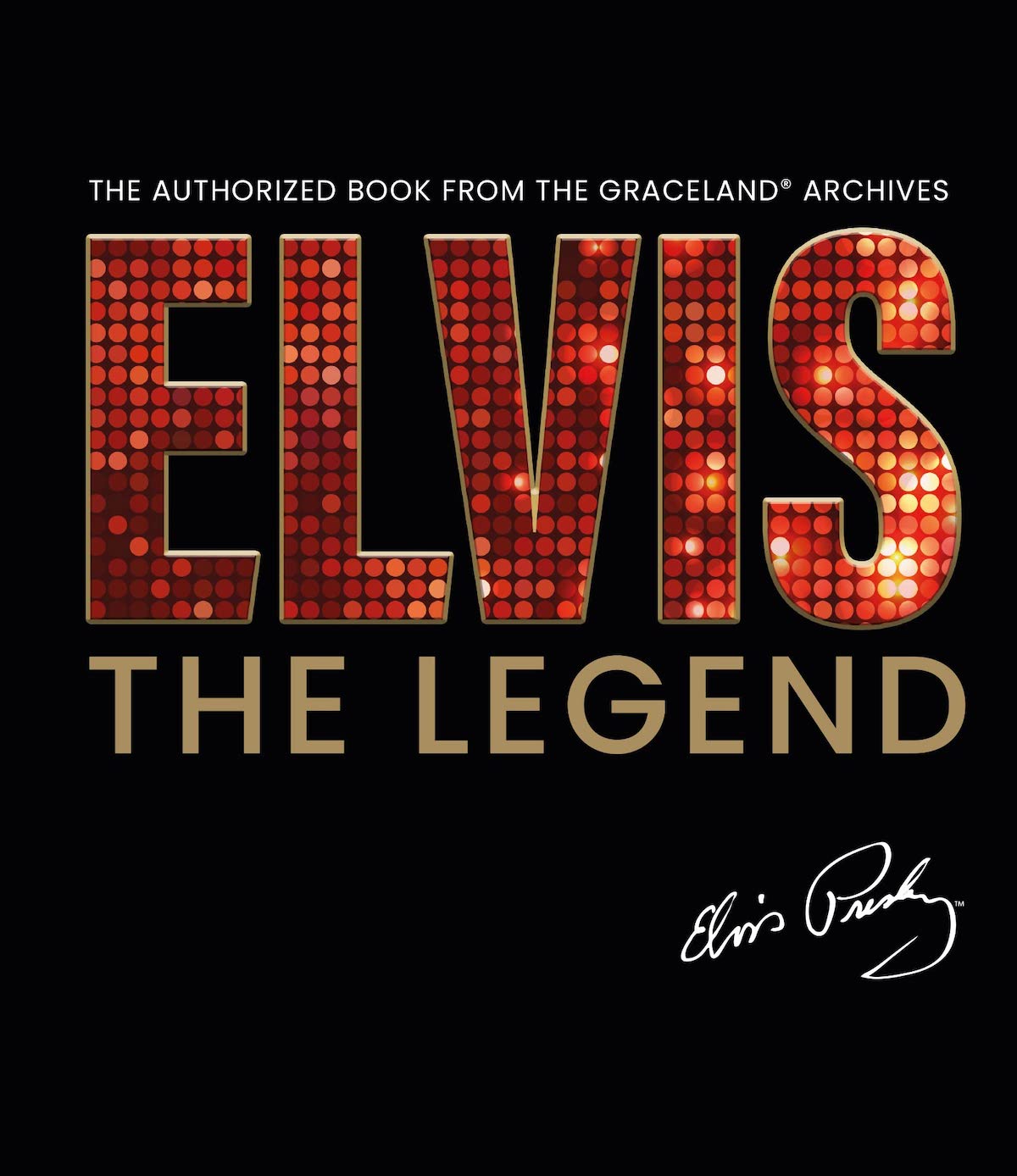 Elvis – The Legend: The Authorized Book from the Official Graceland Archive
By Gillian G. Gaar

THE EDITED PRESS RELEASE: “Elvis Presley passed away in 1977 but his spirit lives on. His records still sell, his movies are still hugely popular and his concerts are still discussed by new generations of fans. The Elvis Presley estate has tens of thousands of photographs and miles of video footage from all eras of Elvis’s career and fans’ hunger for new imagery and information on the King remains unsated. This publication is a beautiful, desirable package, ideal for any Elvis fan. This book tells the personal story of Elvis and his relationships with those near and dear to him and contains more than 150 colour and black and white photographs from the Graceland archives, accompanied by insightful text from an author with a proven Elvis track record. To take you closer than ever before to the King, 30 items of rare memorabilia are carefully reproduced on the page, including personal letters, receipts, telegrams, publicity material and other fascinating items which provide new insight into the life of a legend. There are photographs of Elvis himself, Elvis with friends and family, and all manner of personal artifacts, including guitars, jewelry, clothing, vehicles and more.” 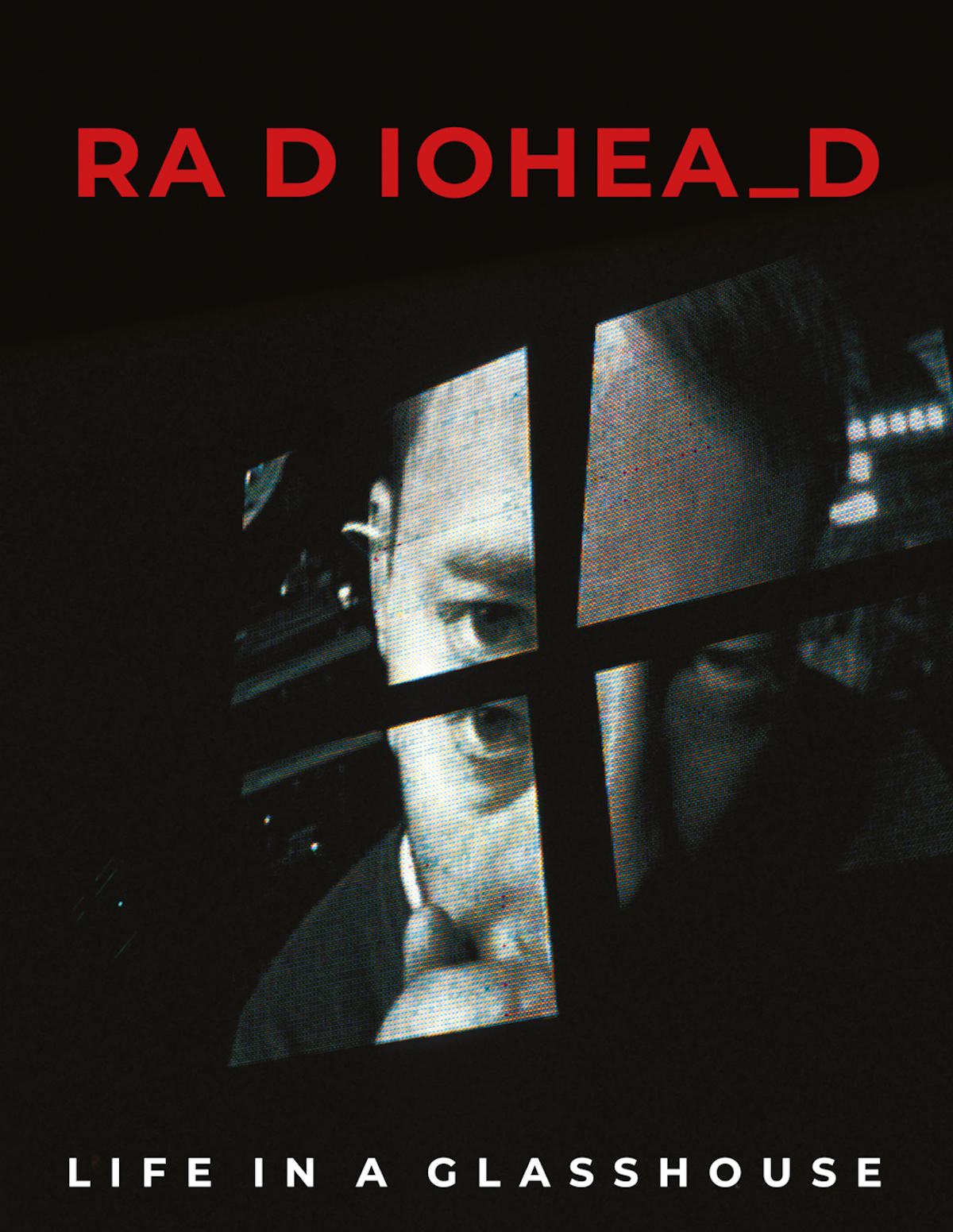 Radiohead: Life in a Glasshouse
By John Aizlewood

THE EDITED PRESS RELEASE: “Radiohead are not like other bands. For over three decades they have charted a singular course. As their music has become more beautiful, more strange, and more uncompromising, the band who make it have become more popular, evolving from the indie clubs of Britain to stadia across the globe, while selling over 30 million albums. And they have done it their way. Their lineup has remained unchanged since they met at school, but these five very different characters have always remained united in their quest to keep pushing boundaries. They have changed musical direction almost as many times as they have made albums and the band who seemed destined to be one-hit-wonders when Creep was a global hit in the early ’90s, evolved into trailblazers who have embraced rock, dance, electronica, classical music, and pop without sacrificing what makes them special. Radiohead are proof that selling records need not mean selling out and this is their story.” 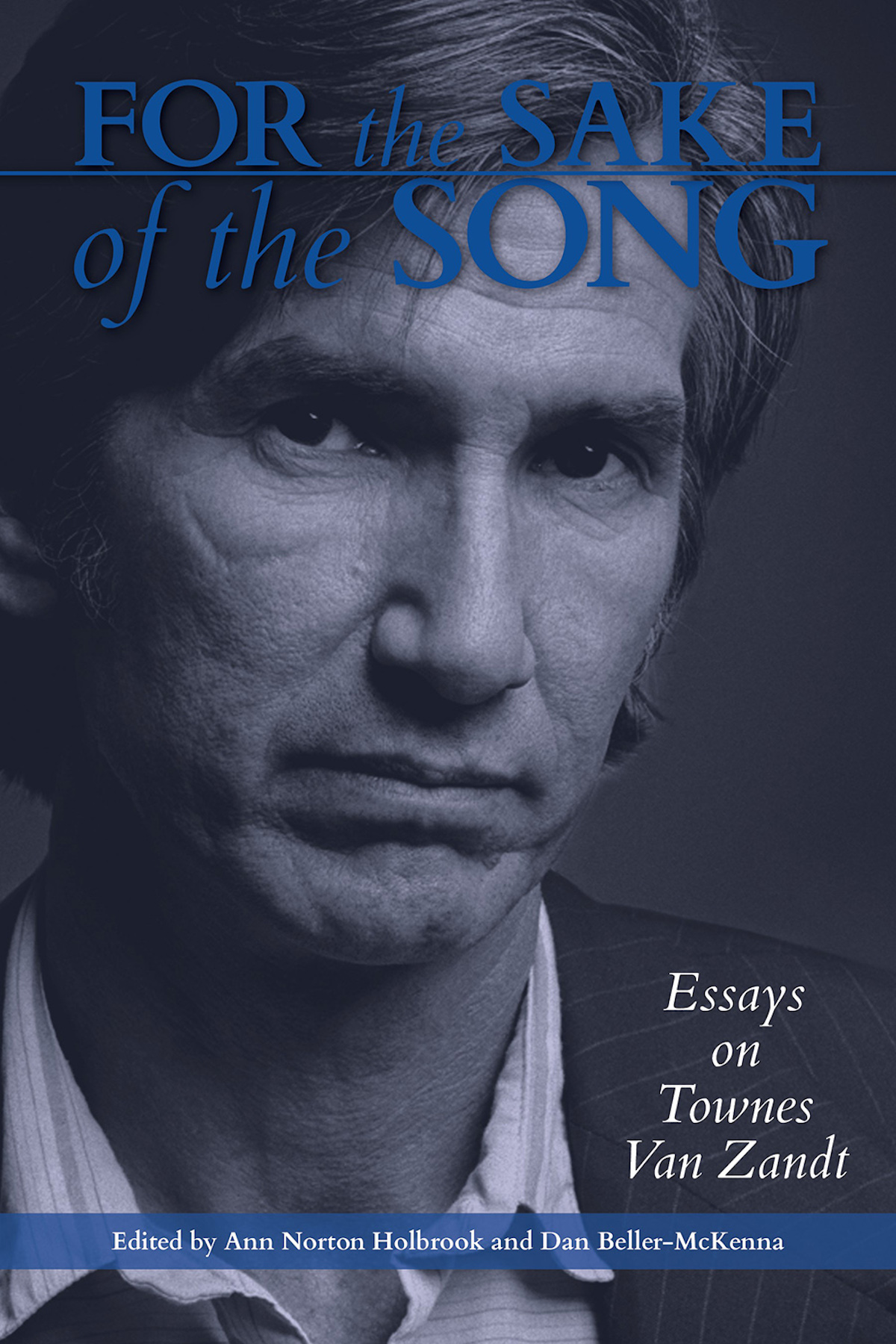 For the Sake of the Song: Essays on Townes Van Zandt
By Anne Norton Holbrook & Dan Beller-McKenna

THE EDITED PRESS RELEASE: “After death, Townes Van Zandt found the success that he sabotaged during life. Diagnosed as bipolar, an alcoholic, and perennially unreliable, Van Zandt died of heart failure at the age of 52 on New Year’s Day in 1997. He released 16 albums during life. Since his death, several more albums have been released, both by and in honor of him. Many articles and books have been published about him, including Robert Hardy’s A Deeper Blue. Van Zandt, the self-destructive wandering troubadour, was long underappreciated but is now a favorite among critics and fans. His best-known songs are Pancho and Lefty, covered by Waylon Jennings and Willie Nelson, and If I Needed You. Steve Earle’s 2009 cover album, Townes, jump-started a slate of tributes, including those by Robert Earl Keen, Lucinda Williams and John Prine. For the Sake of the Song collects 10 essays on Van Zandt using a variety of approaches. Contributors examine, for example, his use of the minor key, the psychological dimension of his song High, Low and In Between, and his reception in the Austin music scene. His relationships receive consideration, as well, through the observations of Richard Dobson, another outlaw singer-songwriter, with whom he toured in the Hemmer Ridge Mountain Boys. An introduction by editors Ann Norton Holbrook and Dan Beller-McKenna provides an overview of Van Zandt’s literary excellence and philosophical wisdom, rare among even the best songwriters.” 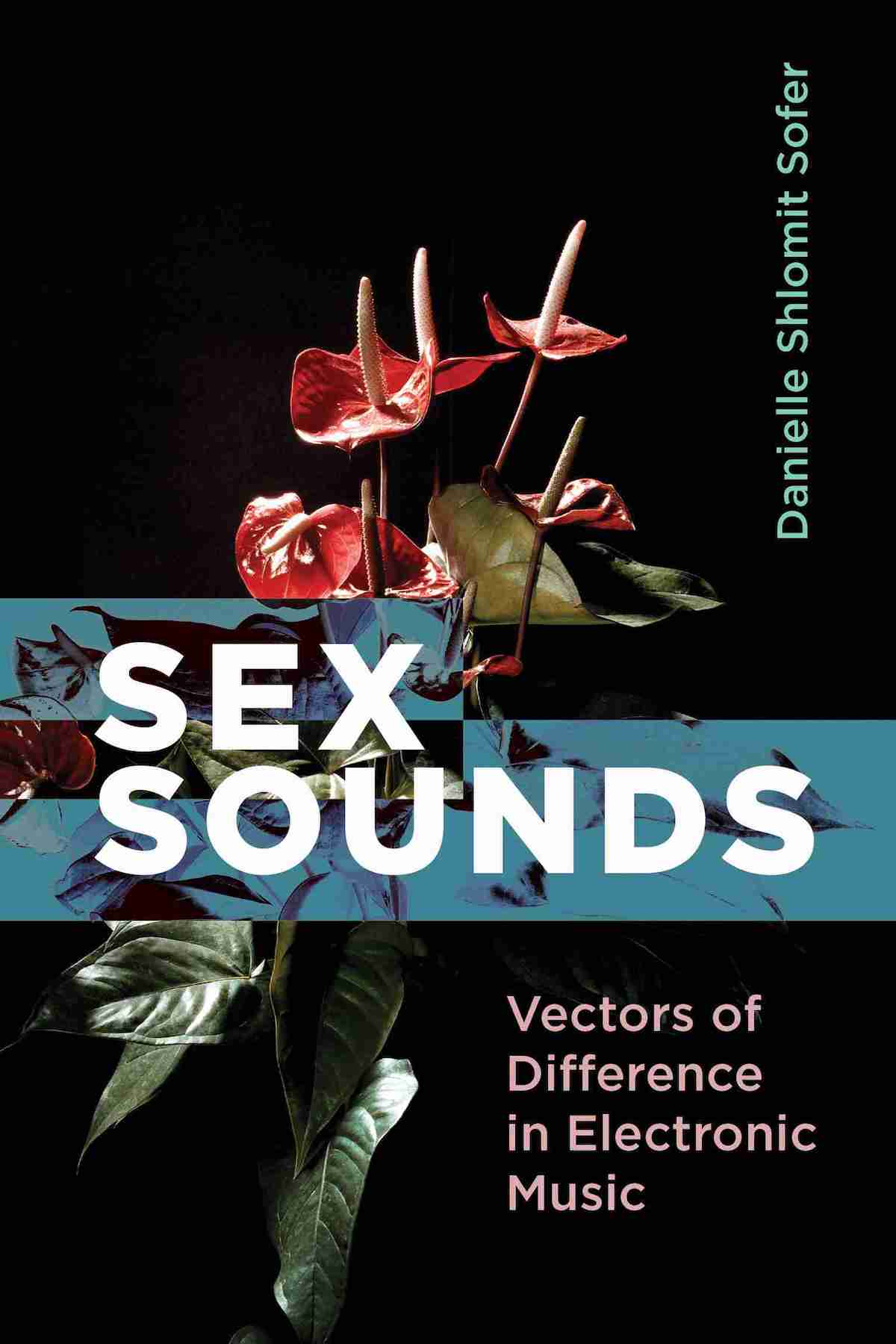 THE EDITED PRESS RELEASE: “In Sex Sounds, Danielle Shlomit Sofer investigates the repeated focus on sexual themes in electronic music since the 1950s. Debunking electronic music’s origin myth — that it emerged in France and Germany, invented by Pierre Schaeffer and Karlheinz Stockhausen, respectively — Sofer defines electronic music more inclusively to mean any music with an electronic component, drawing connections between academic institutions, radio studios, experimental music practice, hip-hop production, and histories of independent and commercial popular music. Through a broad array of detailed case studies — examining music that ranges from Schaeffer’s musique concrète to a video workshop by Annie Sprinkle — Sofer offers a groundbreaking look at the social and cultural impact sex has had on audible creative practices. Sofer argues that “electrosexual music” has two central characteristics: the feminized voice and the “climax mechanism.” Sofer traces the historical fascination with electrified sex sounds, showing that works representing women’s presumed sexual experience operate according to masculinist heterosexual tropes, and presenting examples that typify the electroacoustic sexual canon. Noting electronic music history’s exclusion of works created by women, people of color, women of color, and, in particular Black artists, Sofer then analyzes musical examples that depart from and disrupt the electroacoustic norms, showing how even those that resist the norms sometimes reinforce them. These examples are drawn from categories of music that developed in parallel with conventional electroacoustic music, separated — segregated — from it. Sofer demonstrates that electrosexual music is far more representative than the typically presented electroacoustic canon.” 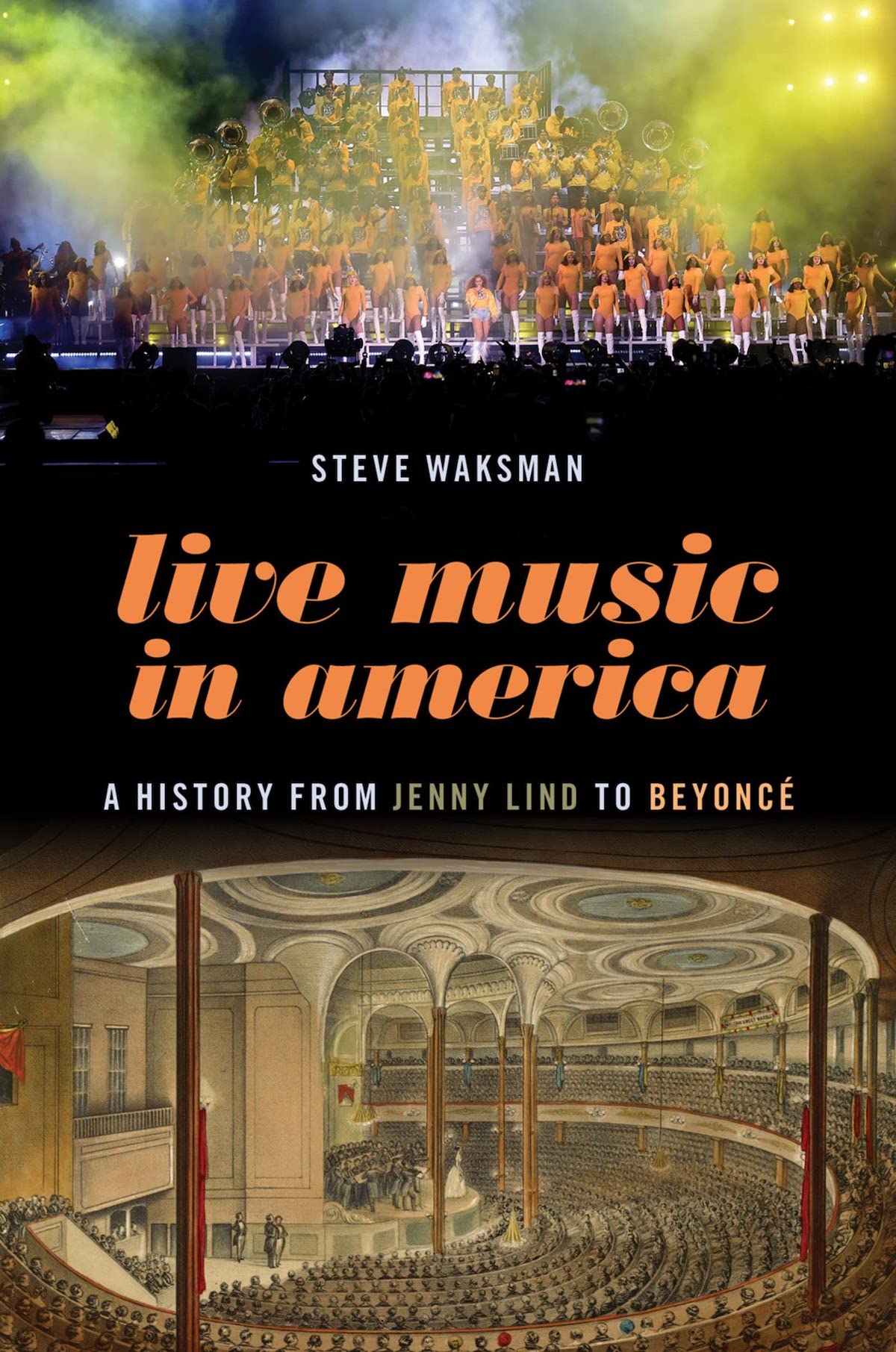 Live Music in America: A History from Jenny Lind to Beyonce
By Steve Waksman

THE EDITED PRESS RELEASE: “When the Swedish concert singer Jenny Lind toured the U.S. in 1850, she became the prototype for the modern pop star. Meanwhile, her manager, P.T. Barnum, became the prototype for another figure of enduring significance: The pop culture impresario. Starting with Lind’s fabled U.S. tour and winding all the way into the 21st century, Live Music in America surveys the ongoing impact and changing conditions of live music performance in the U.S. It covers a range of historic performances, from the Fisk Jubilee Singers expanding the sphere of African American music in the 1870s, to Benny Goodman bringing swing to Carnegie Hall in 1938, to 1952’s Moondog Coronation Ball in Cleveland — arguably the first rock ’n’ roll concert — to Beyonce’s boundary-shattering performance at the 2018 Coachella festival. More than that, the book details the roles played by performers, audiences, media commentators, and a variety of live music producers (promoters, agents, sound and stage technicians) in shaping what live music means and how it has evolved. Live Music in America connects what occurs behind the scenes to what takes place on stage to highlight the ways in which live music is very deliberately produced and does not just spontaneously materialize. Along the way, author Steve Waksman uses previously unstudied archival materials to shed new light on the origins of jazz, the emergence of rock ‘n’ roll, and the rise of the modern music festival.” 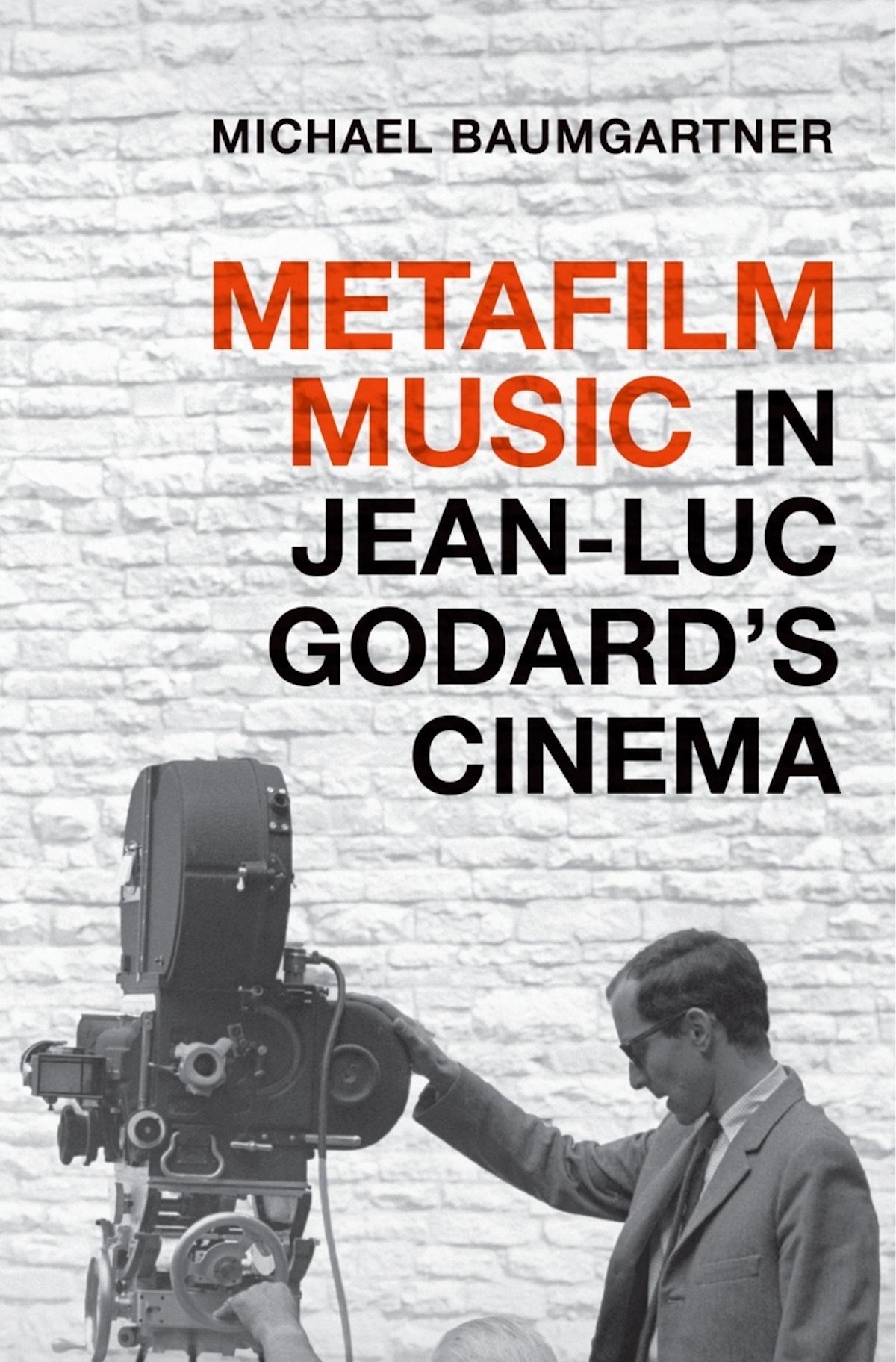 THE EDITED PRESS RELEASE: “Hailed as a leading innovator of visual montage, unique storytelling style, and ground-breaking cinematography, Jean-Luc Godard is a prominent pioneer in sculpting complex soundtracks altering the familiar relationship between sound and image, but his achievements in sound have been largely overlooked. Such a lacuna in the extensive research on Godard’s work is unfortunate, as Godard’s lifelong preoccupation of exploring self-reflexively all aspects of filmmaking particularly affects film music. With the novel approach of metafilm music, extrapolated from Godard’s oeuvre, this book not only closes up a crucial gap in Godard research, but also offers detailed analyses of the music as metafilm music in Contempt, Alphaville, Band of Outsiders, Pierrot le fou, First Name: Carmen, Histoire(s) du cinema, among other films and video productions. The innovative scholarly concept of metafilm music, enriching the burgeoning field of music in audio-visual media, describes how Godard thinks about film music with film music. This book thus provides a thorough examination of Godard’s self-reflexive approach to film music which has resulted in a lifelong creation of multi-layered soundtracks pushing the envelope of film music and sound to the limit.” 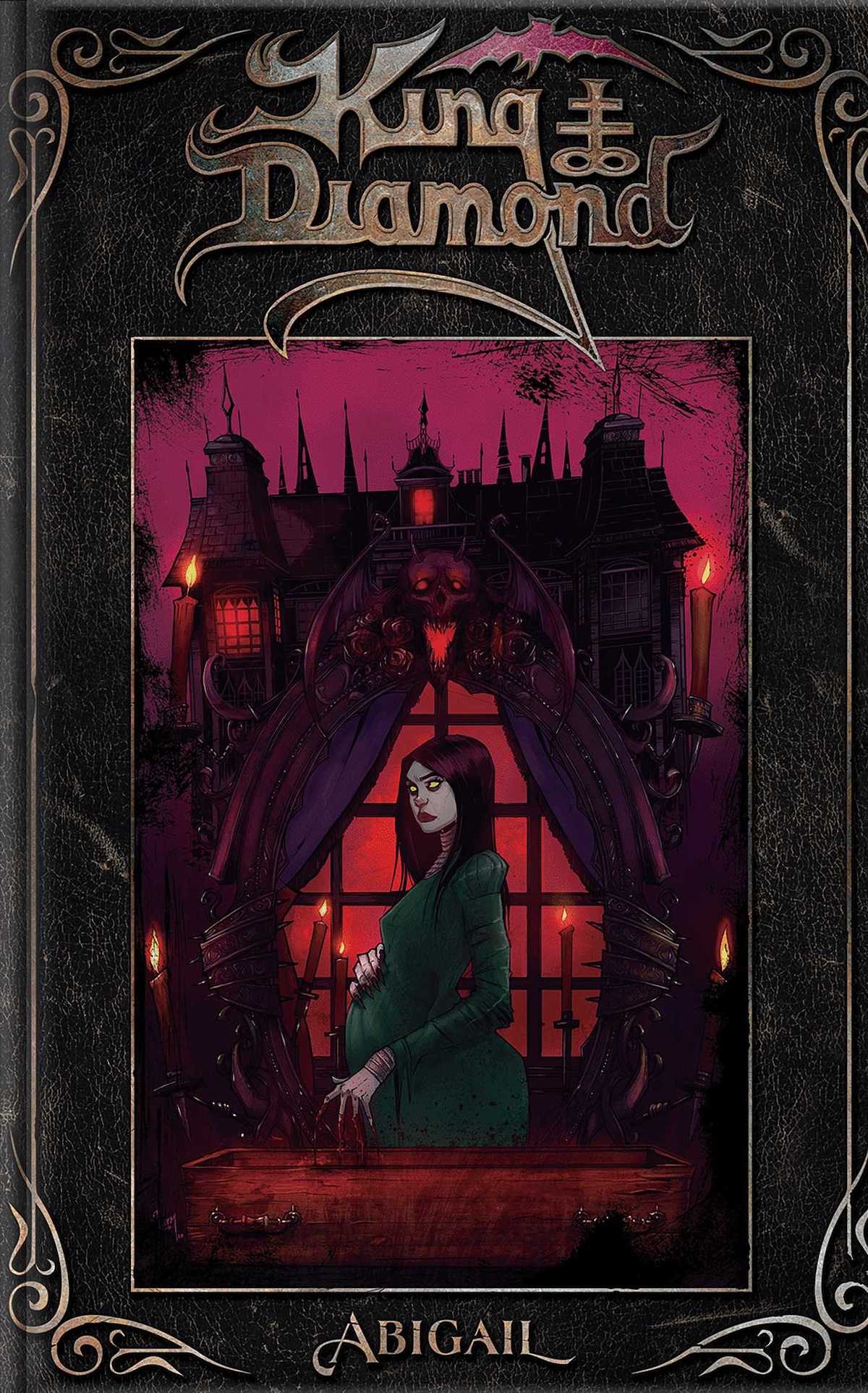 THE EDITED PRESS RELEASE: “King Diamond’s classic horror story featured on his 1987 concept album Abigail has received a masterful in-depth overhaul and is brought to life in a whole new way in this stunning graphic novel by Dan Watters, Damien Worm, and King Diamond himself.”