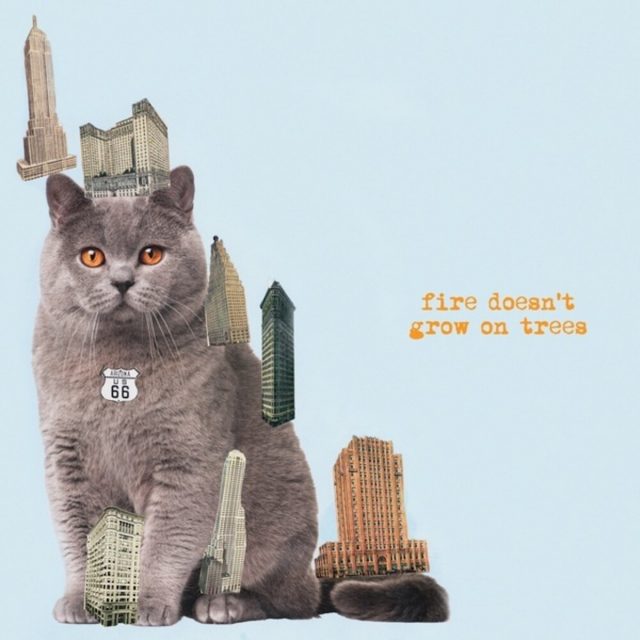 THE EDITED PRESS RELEASE: “When you are compelled to do the right thing, when you live by some internal code and you don’t shy away from standing up to and in the face of adversity or against the mob or the man, no matter what that might mean to your fame or prospects, it’s doing the right thing,” says Anton Newcombe — the singer, songwriter, studio owner, multi-instrumentalist, producer, engineer and force of nature behind The Brian Jonestown Massacre. “For some it might be taking a knee, or even a baton or bullet. That’s a fire inside you, and it doesn’t grow on trees. I create my own culture because it is what I need and what I feel isn’t being provided. It doesn’t exist unless I participate.”

It has been 30 years since the release of their first single She Made Me / Evergreen. Released in 1992, as the British music press descended on the U.S. to anoint the next guitar band as flavour of the month and major labels were on the hunt for the compliant hopefuls to be their latest quick fix, Newcombe had an idea: Say no. As leader of the BJM, he had already established himself as a visionary songwriter, a man to whom making music wasn’t a lifestyle choice or a hipster haircut but the very fabric of existence itself, and he had observed in silent horror as his peers meekly acquiesced to everything — yes to contracts, yes to management, yes to suggestions, yes to this, yes to that, yes, yes, yes. But he was different. Newcombe was going to say no to everything. “I just knew I would be more successful in a certain way by saying no, just being contrary because I figured that if people liked me they were gonna like me anyway,” he says. “Or dislike me. It doesn’t matter.” 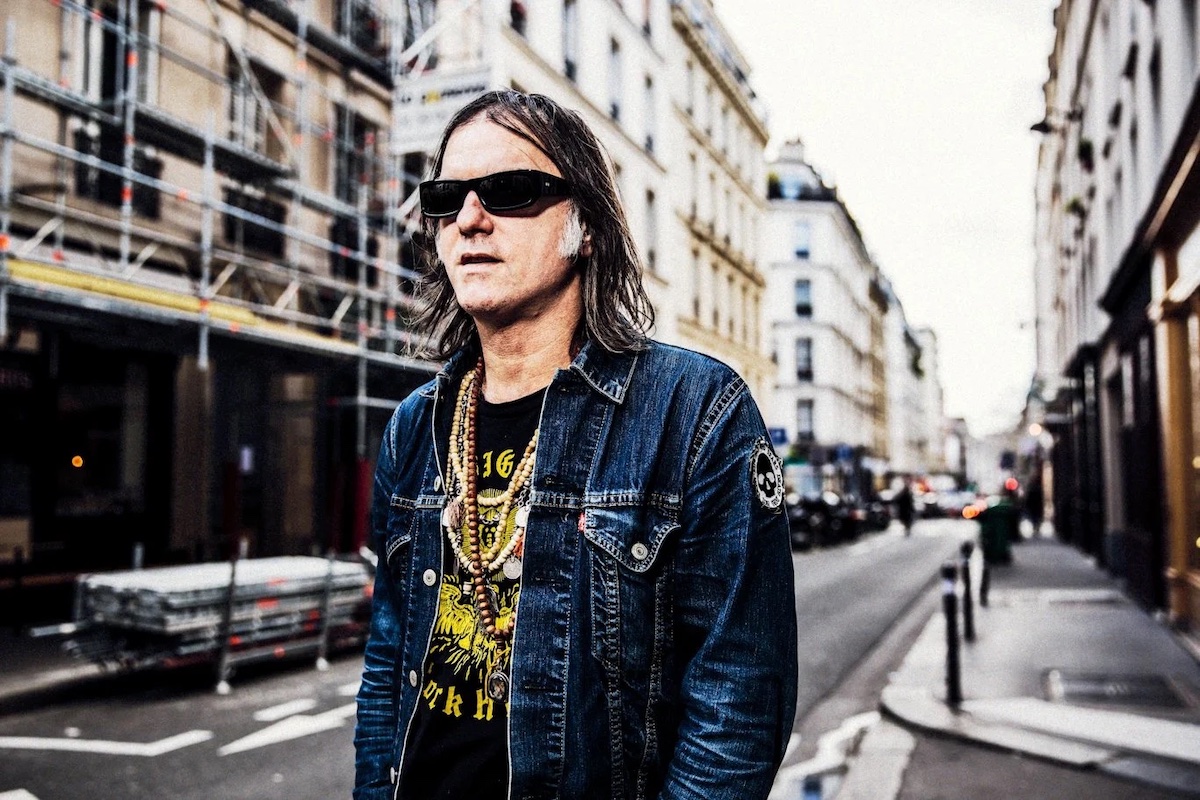 Brian Jonestown Massacre’s shoegazing-tinged debut album Methodrone was released in 1995 and since then numerous band members have joined Newcombe on his sonic escapades, but he has remained the sole constant, the creative mastermind at the centre of one of music’s most fascinating bands. There have been a further 18 albums under the BJM moniker since then, each embarking on their own mind-expanding adventure and exploring the outer realms of rock ’n’ roll; psychedelic rock, country blues, snarling rock, blissed-out noise-pop and more. Along the way, Newcombe has established himself as a once-in-a-lifetime talent who saw the direction in which mainstream indie-rock was heading and opted to take the long way round. He’s emerged as a revolutionary force in modern music, an underground hero. There was no other way, this was how it had to be. “My only option with everything in life has always been that you just jump into the fire,” he declares. “It doesn’t matter what it is.”

It’s with that spirit that he’s hopped around the globe, from the West Coast to New York, from Manhattan to Iceland, and then to Berlin, where he’s lived for 14 years and has two flats, one to live in and one that’s been converted into his studio. He goes there six days a week to work and write and record and produce and it’s where the fantastic new BJM album Fire Doesn’t Grow On Trees was made. In an era where one band bleeds into the next and production all seems to be pulling from a similarly beige-y sonic palette, here is a record that crackles with excitement and possibility, the fuzz of those ’60s Ampeg amps, the exhilarating swirl of guitars and keyboards and Newcombe in the middle of it all, conducting the chaos. Fire Doesn’t Grow On Trees is the beginning of a thrilling new phase for Newcombe and his band. Joining him in the studio for this album were Ricky Maymi (guitars), Ryan Carlson Van Kriedt (keyboards), Hakon Adalsteinsson (guitar), Hallberg Daði Hallbergsson (bass), Uri Rennert (drums) and Sara Neidorf (drums).

After a hugely prolific 2010s that saw the release of eight long players and one mini-album, Newcombe had been going through a period of writer’s block when one day he picked up his 12-string guitar in the studio and album opener The Real came out of him. Like the kraken, it was as if he’d summoned it. “All of a sudden, I just heard something,” he says. “And then it just didn’t stop. We tracked a whole song every single day for 70 days in a row.” 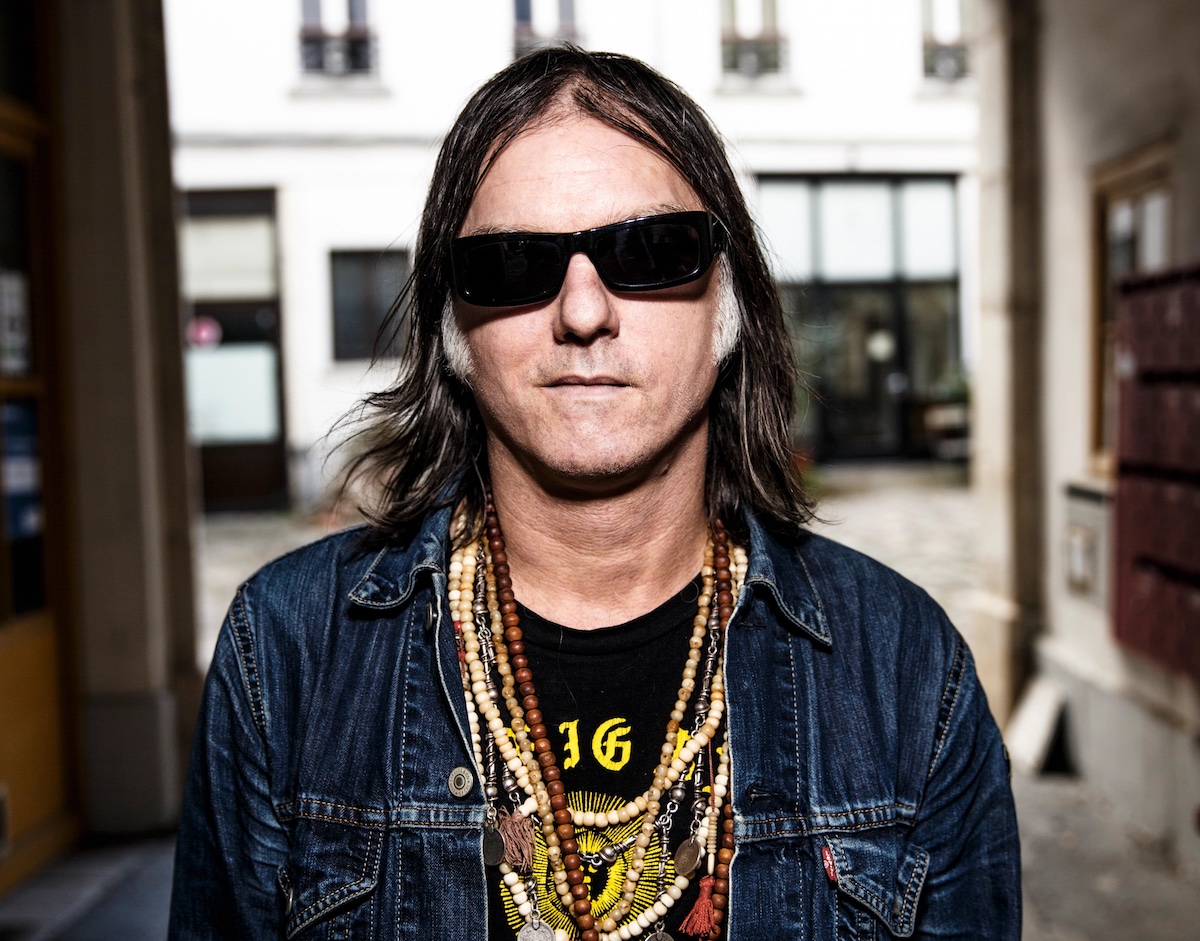 Four minutes into Fire Doesn’t Grow On Trees, there are two lines that sum up its fearless spirit. “Fight the beast until it dies, raise your sword up to the sky!”, sings Newcombe as an explosion of fuzzy guitars, thrumming organs and rolling drums collide around him. As soon as Newcombe wrote it, he knew The Real had to open the new album. “That line is like fantasyland!” he laughs. “It’s the little kid in me, full-on St. George shit. It’s as much a declaration of anything that I could ever muster. A lot of the album is about affirmation by just living. Existentially, this time period has felt pretty dark so it’s about fighting the good fight. I’m singing to empower other people. First of all, I’m getting whatever I need out of it, but I can see it as something other people can identify with.”

These are songs fuelled with the heady feeling of capturing a moment — from the hot-footed country sway of It’s About Being Free Really to the hazy grooves of What’s In A Name, from the garage stomp of Silenced to the widescreen ’60s-pop of Wait A Minute (2:30 To Be Exact). Nothing was pre-written. Like The Real, everything was conjured up by where an instrument took Newcombe when he picked it up. “I could sit at the piano, the organ, any instrument, and get an idea all of a sudden. I would play for one second with the band to get a grasp of the idea, and then we would unplug the amps and put on the headphones, plug in and track it. Then I would go, ‘Guys, leave the room,’ sing the words in my head and then record them. Everything’s off the top of my head, just like one-take Jake. I surprised myself.”

Fire Doesn’t Grow On Trees is a brilliant album, but there is no such thing as a defining statement in Newcombe’s world anymore; just more chapters that contribute to the tale. “Nobody can stop me, I’m not asking somebody, I’m not making the rounds at Warners, saying ‘Please put out my record!’ It’s just for me,” he says. He hopes he can be an inspiration to others. “I would love to see more groups, people playing music in the U.K. and everywhere else because I really enjoy it. That’s the only reason I need. It’s the only reason to do stuff.” That hits to the core of what makes Newcombe and Brian Jonestown Massacre tick in 2022. He’ll keep jumping in that fire. That’s how he rolls. Savour it.”