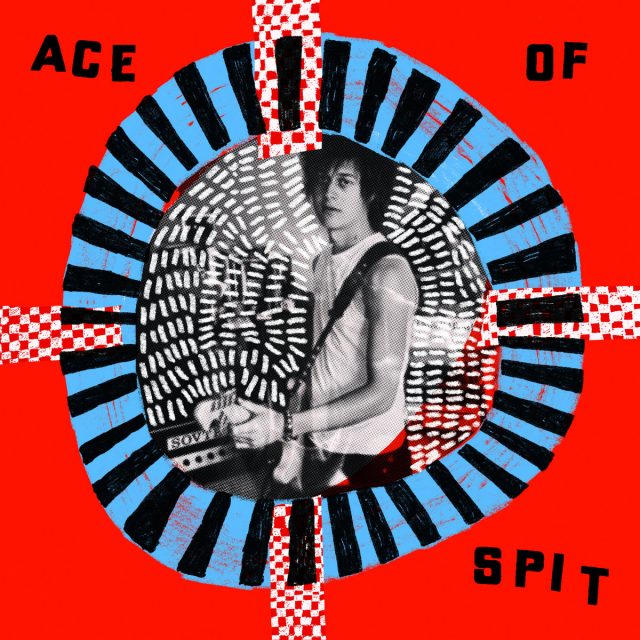 THE EDITED PRESS RELEASE: “Ace of Spit have been playing regular gigs around South St. Louis for the last five years. Typically you’d find the band inside a basement, burned-out warehouse, or one of the dive bars that still permit smoking, mangling a Sanford Clark or Link Wray cover — perhaps closing out a punk bill because the city ran out of ’80s-style hardcore bands. “Oh, it’s that Spaghetti-Western band again…”

All that went away in 2020, so Ace of Spit hid out in a basement and wrote this, their self-titled debut full-length (following a scant scattering of home-dubbed, hand-distributed demo cassettes in editions of don’t-even-try), which probably would’ve stayed buried deep inside The Sinkhole if their cohorts at Sophomore Lounge hadn’t fortuitously (if not bizarrely) decided to take interest in the sessions’ unbridled stink ‘n’ spirit.

The songs on Ace of Spit chug with a free-wheeling swagger, swaying loosely on the rails and yearning for a time of tweed Fender amps and warbled tape echo. Dragged through the decades, hamstrung by digital distortion and the band’s musical ineptitude (perhaps “enhanced” with the help of available studio substances), small fragments of these undefined and impressionistic eras still shine through from the cracks in the tracks.

Was any of it real, or just a nostalgic dreamland? Some imagined place and time you long for while being punished by a Dumpers super-fan in the Arizona desert? Dreaming of Apollo Bay as you climb back inside a duct-taped E-350 and drive half-asleep to the next job.”