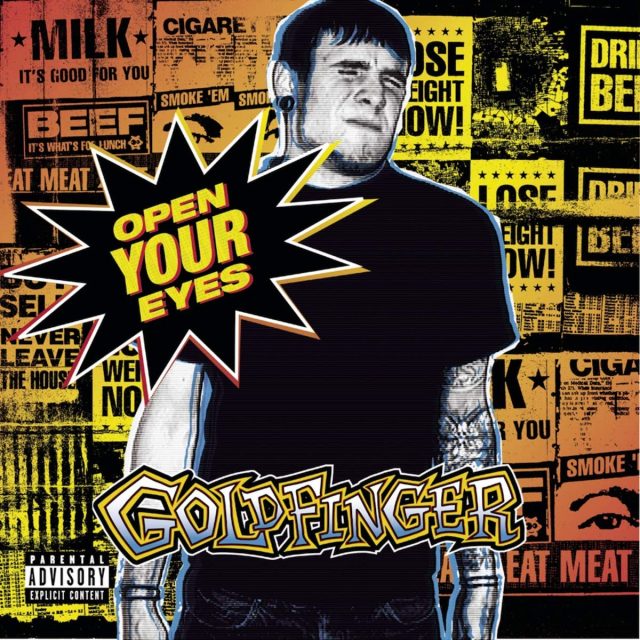 Apparently, sometime in the past couple of years, Goldfinger leader John Feldmann embraced veganism. Which is good for him. But not so good for anyone who isn’t interested in reading the preachy essays or watching the video footage of animal abuse included on this CD and its booklet. And Feldmann’s crusading attitude isn’t limited to the promo material — like its title infers, Open Your Eyes is an angry, confrontational album, with the foursome all but abandoning the goofball ska-punk of their past in favour of harder-hitting popcore tracks with thoughtful lyrics like, “Whatever happened to dignity? / Did it go away again / like some worn-out trend?” Fans of the band’s old smart-alec antics will dig FTN — the last two letters stand for Ted Nugent — and the hidden track Wayne Gretzky (“The only man I’d have sex with”). But the rest of it? Well, it’s definitely an eye-opener.