You know what they say — be careful what you wish for, because you just might get it.

Superstar rapper Eminem has learned that the hard way. And the usual way. Like countless performers before him, he’s spent years determinedly pursuing fame and fortune. Although in his case it’s more like infamy and misfortune. On his first two albums, the foul-mouthed, tongue-twisting rhymer born Marshall Mathers positioned himself as the big bad bogeyman of hip-hop via his graphically violent, disturbingly sexist and homophobic lyrics. When he wasn’t delivering couplets about locking women in car trunks, he was cultivating his notoriety and cementing his self-mythology with songs like My Name Is … and The Real Slim Shady.

Well, now he has what he wanted. Or perhaps what he deserves. Everybody knows his name. Everyone recognizes his peroxide blond mug — including the parents, priests, women and gay-rights groups who protest his concerts and lobby against his music. And the whole world has had a look at his dirty laundry — his dysfunctional white-trash upbringing, his love-hate relationship with his mother, his failed marriage and run-ins with the law. As a result, Eminem has finally figured out the truth: Fame kinda sucks.

Those three words more or less sum up the theme of his third album The Enimem Show. From its Truman Show-inspired title and artwork to songs like Without Me, Cleaning Out My Closet and Say Goodbye to Hollywood, The Eminem Show is the surprisingly — sometimes strikingly — personal work of an artist trying to live up to his creative potential while living down the monstrous reputation he foolishly helped create. 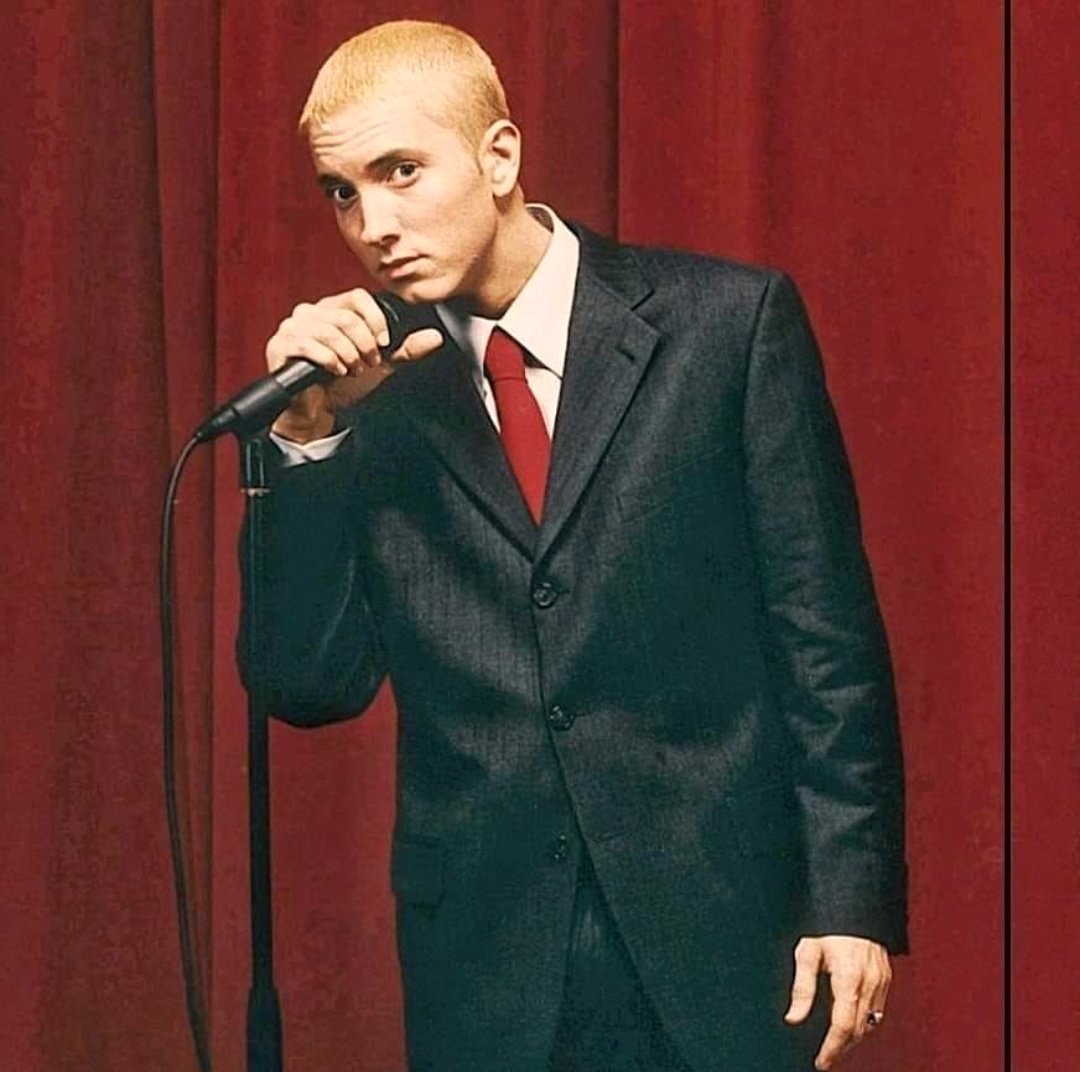 And before you roll your eyes at the thought of yet another star bitching about the hardships of celebrity, listen to Eminem’s take on it: “I don’t want to quit, but shit, I feel like this is it,” he says at one point. “I love my fans, but no one ever puts a grasp on the fact, I’ve sacrificed everything I have … It’s like the boy in the bubble who never could adapt, I’m trapped, if I could go back I never woulda rapped. I sold my soul to the devil, I’ll never get it back … I’ve swallowed all I could / If I could swallow a bottle of Tylenol I would, and end it for good.” Yikes.

Whether you love or loathe Eminem, it’s hard to ignore that sort of hard-hitting confession. But that’s par for the course on this 15-song album, which finds hum revisiting many of his favourite subjects — Mom, his wife Kim, his daughter Hailie — but with more honesty and intelligence than in the past. On Cleaning Out My Closet, he explains, “I would never dis my own mama just to get recognition … but put yourself in my position / Just try to envision witnessin’ your mama poppin’ prescription pills in the kitchen.” On several cuts, he expresses regret for pulling a handgun (unloaded, he says) on his wife and a man he saw kissing her. On Hailie’s Song, he hesitantly croons a ballad to the girl, who returns the favour by rapping with him on My Dad’s Gone Crazy.

Crazy? Quite the opposite: Eminem finally seems to be getting it together and showing some common sense and responsibility. Sure, The Eminem Show still has plenty of cartoonish violence, homophobia and sexism. But a lot of it is far less graphic and gratuitous than before. There are no women in trunks this time around; and on the occasions when Eminem does fantasize, he tends to follow it up with a disclaimer like, “I don’t want to resort to violence of any sort” or “f— guns, I’m done.” Makes you think he had these lyrics OKed by his lawyer — or his parole officer.

But fear not, Slim Shady still stands up plenty on this disc. Accompanied by the low-riding crunk and fat beats of mentor Dr. Dre, Eminem rekindles some old feuds with Can-I-Bus, Limp Bizkit, ’N Sync and Tom Green, and even picks a fight with Moby (“You’re too old, let it go, it’s over, nobody listens to techno”).

Still, for the most part The Eminem Show is a milestone in Marshall Mathers’ career: While he’s never been at a loss for words, this is the first time he’s had anything truly important to say.