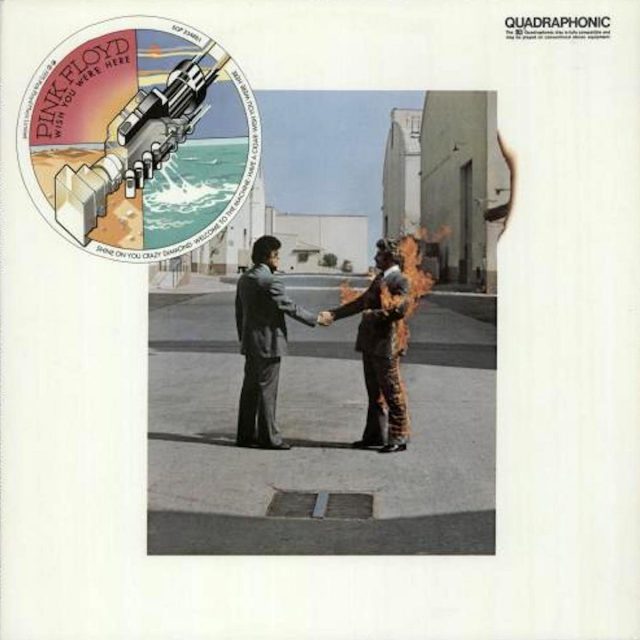 Of all the quadraphonic albums I’ve managed to find so far for my little collection, none is as fascinating as Pink Floyd‘s Wish You Were Here. I’m going to get super nerdy, so be warned.

There’s more than one version. The original album came out in 1975, and was mixed for quad later that year for its February 1976 release — probably by engineer Brian Humphries, because Alan Parsons and the group split after Dark Side Of The Moon. Humphries certainly engineered the stereo version. The liner notes for the US quad and US stereo are identical.

So, how many different quadraphonic versions are there? Short answer: Five.

In Canada and the U.S., the album was re-issued in quadraphonic using the SQ format on Columbia records, and on CBS in the rest of the world. In the U.S. — and only in the U.S. — there was a quadraphonic Q8 on 8-track cartridge. Then, in 2011, the Wish You Were Here Immersion box set came out, featuring the original Humphries quadraphonic mix as well as a 5.1 surround mix by James Guthrie on Blu-Ray audio or DVD.

Here’s where it gets weird. The U.S. and U.K. quadraphonic SQ vinyl are different. On the American one, which I have, the front left and right channels are reversed. So the record sounds quite different no matter if you’re listening to it on a regular system or a quad one.

The other difference with the American SQ vinyl is there’s a bit of extra music on it at the end of Side 1. After the mechanical weirdness and crowd noise stops at the end of Welcome To The Machine, there’s a break and suddenly the end bit of Shine On You Crazy Diamond Part IX begins — Rick Wright’s sneaky See Emily Play outro (a tribute to Syd Barrett), about 54 seconds in length.

Why is that there? Well, apparently it was intended to be only on the Q8 cartridge, not the vinyl. This little extra bit of music at the end of Program 1 on the Q8 makes it the same length as Program 2, allowing the album to play seamlessly on repeat. It’s a bridge, if you will, and not the last time Floyd did this. Many versions of the Animals 8-track (certainly the Canadian one) contain a guitar solo by Snowy White at the end of Pigs On The Wing Part 2. This lengthens the program, allowing the song to flow seamlessly into Pigs On The Wing Part 1 again. 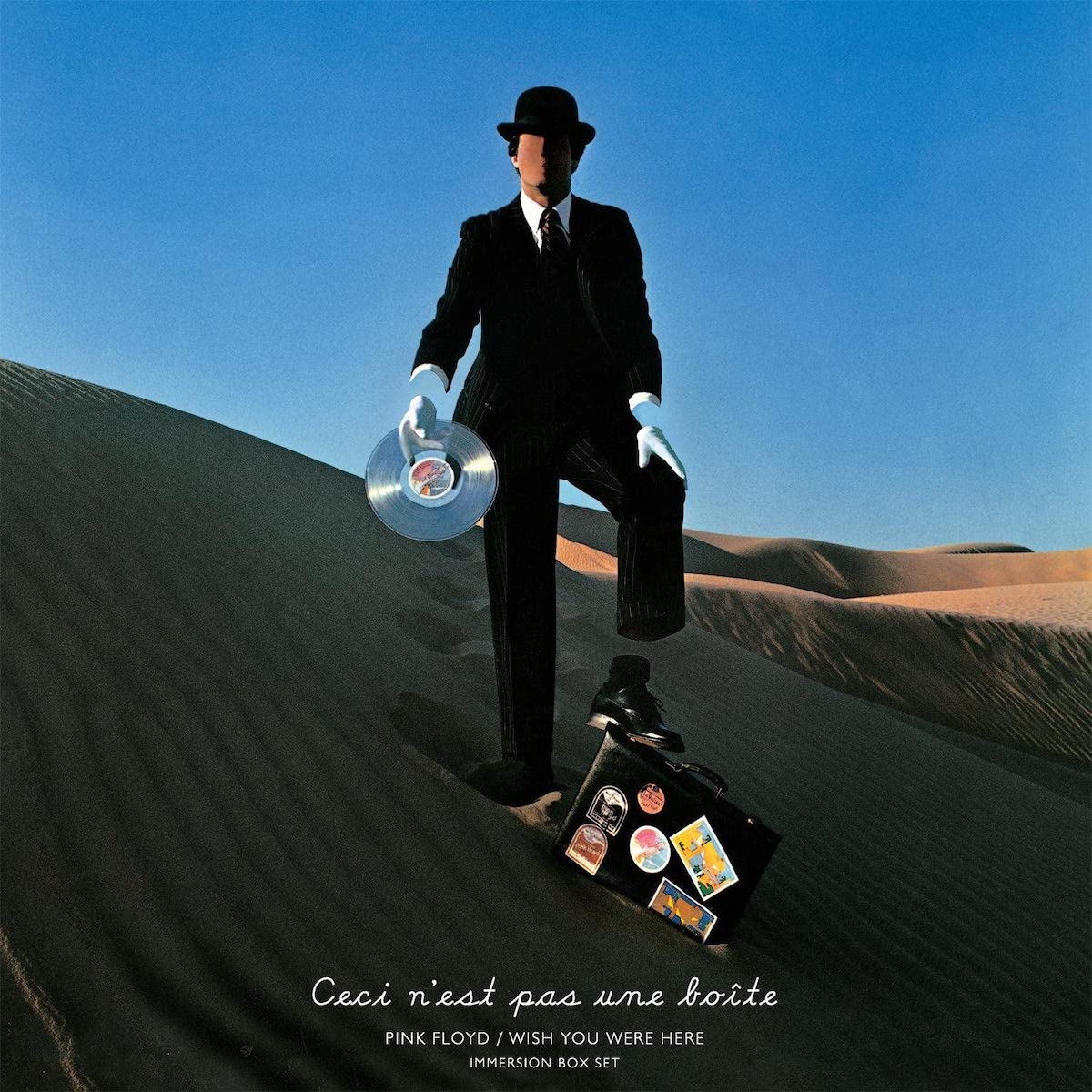 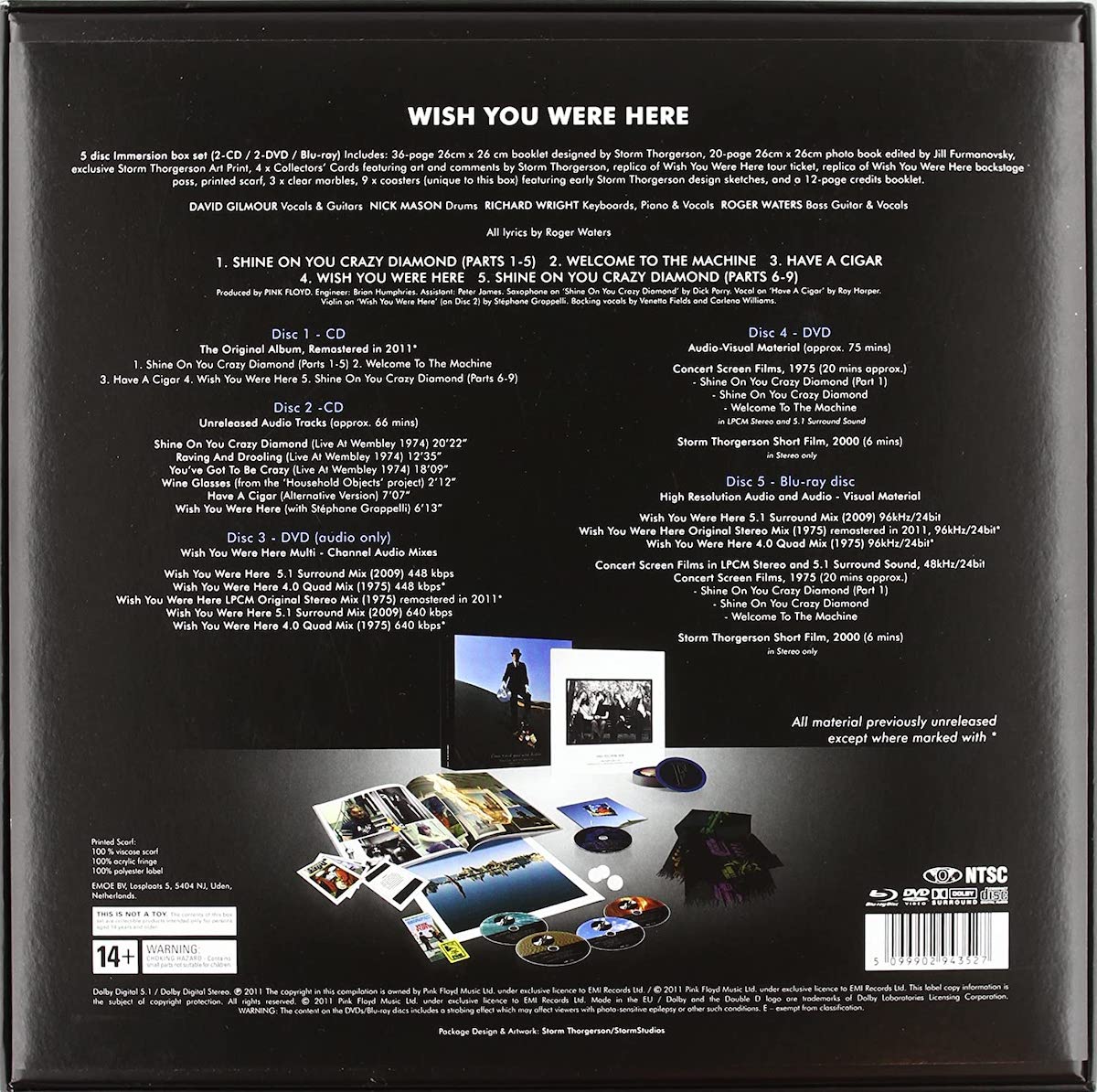 • Have A Cigar has a longer guitar solo, both before and after the big swish part. There is no running time given for the track on the quad release, so I had to stopwatch it. It’s 5:28, compared to the original stereo which is 5:08.

• Wish You Were Here, the title track, features a lap steel solo and accents throughout. The intro to the song is also shorter than the stereo version, though sadly still doesn’t contain an audible sample of the original Stéphane Grappelli violin solo. You have to get the 2011 Immersion box for that. It’s available on the interwebs, though. Very cool.

• The last chorus of Shine On You Crazy Diamond, five minutes in on Side 2, is a different vocal take than the stereo version.

• On Side 1, around 6:35, an acoustic piano which was included in the stereo version is missing from the mix. It’s believed this piano isn’t on the master tapes and must have been added by Wright during the final mixing. When the 5.1 mix was made by Guthrie, they brought an ailing Wright in to re-record the part. So that mix has a unique piano part, as does the original stereo version, while the quadraphonic mix has none at all.

Besides all these out-and-out differences, what you may enjoy most is the feeling of hearing this familiar classic album — a favourite for some — in a much more dynamic way. The original quadraphonic mix is absolutely the best way to enjoy this album. I’ve had several pals come over just to hear it on my vintage quad setup. The easiest way for you to enjoy it is by sourcing the quad or 5.1 mix on BluRay or DVD from the Immersion box and trying it out on your surround-sound home theatre.

I’ve just ordered the Immersion box for $105 on Amazon and will source a thrift-shop DVD player with analog surround outs so I can connect it to my vintage quad receiver.

Told you it was gonna get nerdy. 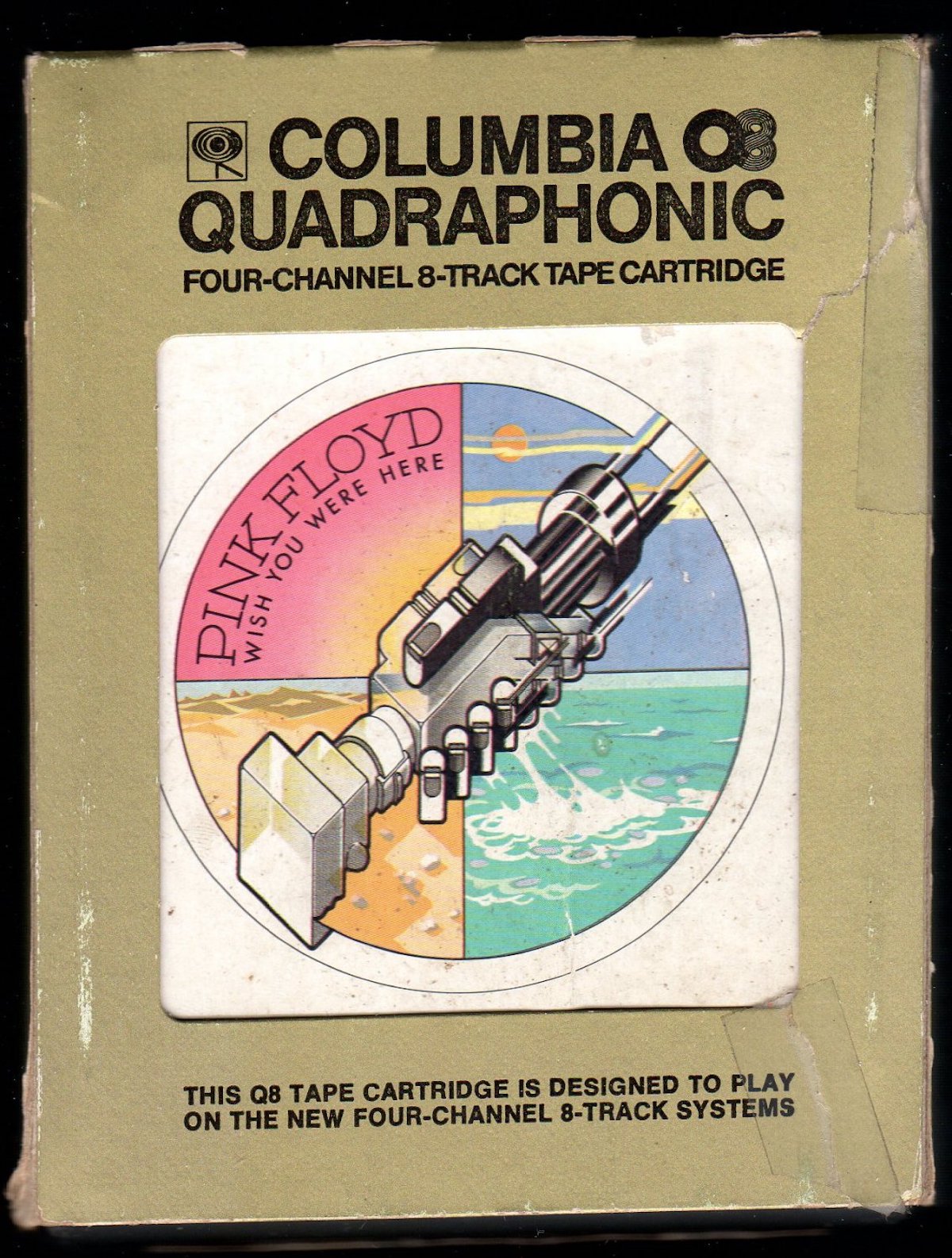 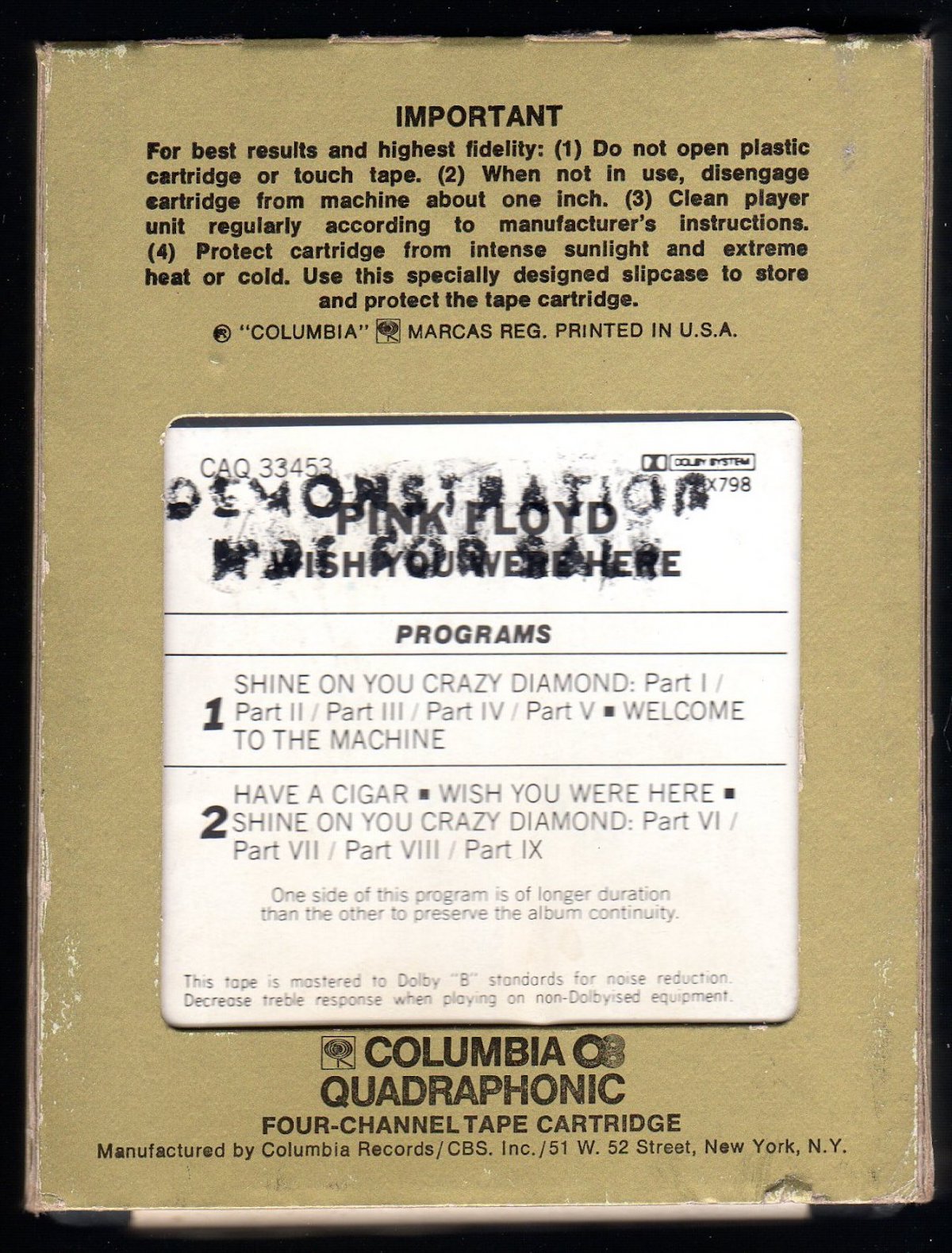