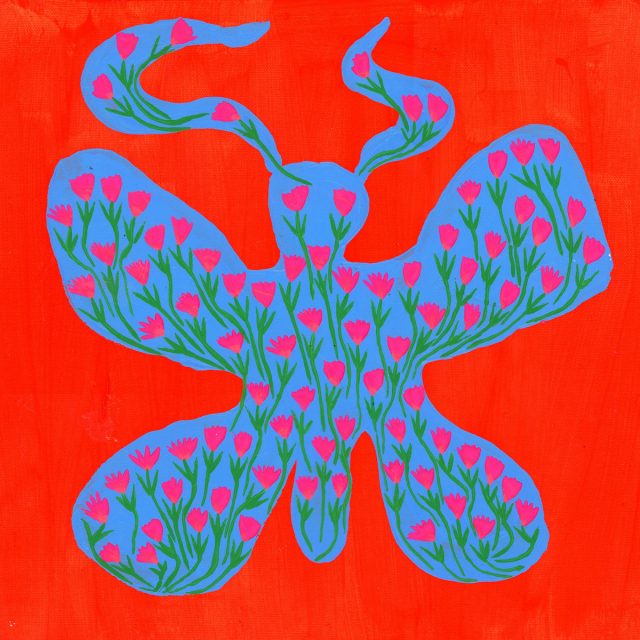 THE EDITED PRESS RELEASE: “Upon arrival during the fraught summer of 2020, Flower of Devotion felt like Dehd’s necessary prescription for us all. That was, of course, a moment of unprecedented anxiety and uncertainty, when just contemplating the future could seem overly optimistic. But Dehd captured and shared the precarious balance between real life and real hope, a feat mirrored by instant pop melodies and infectious punk energy. The Chicago trio had the audacity to look ahead when many of us didn’t, to imagine improvement through mere existence. It was an album we needed. We need its followup, the triumphant Blue Skies, even more.

Dehd’s fourth album is also the band’s second consecutive breakthrough, loaded with the most compelling, compulsive, and expansive songs of their career. Blue Skies offers another jolt of timely hope, only with twice the power. These 13 hits feel like flashlights in the dark, acknowledging how difficult everything from love and sex to living and dying can be while supplying the inspiration of their own experiences. “There’s a hole in my window / I was wondering how the rain was getting in,” Emily Kempf sings during the magnetic Window, acknowledging the problem before jubilantly exclaiming she’s moving toward something new. “Blue skies!”

The rapturous reception of Flower of Devotion gave Dehd access to more resources — budgets, studios, producers. Rather than seek something new, however, they invested in themselves, their process, and their belief in what they have always done. They booked the same studio where they recorded Flower of Devotion but tripled their stay, giving themselves time to play with arrangements and delight in a wonderland of drum machines and synthesizers. 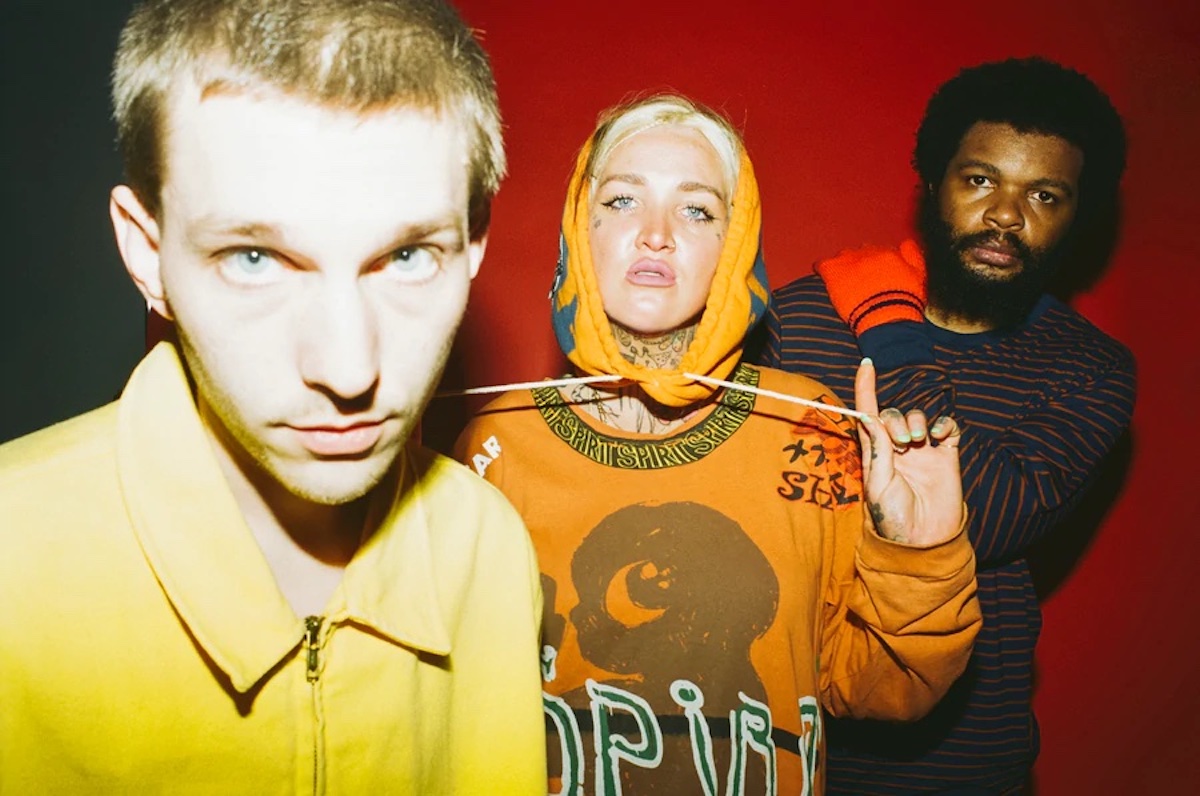 Through Dehd’s career, Jason Balla has been building his chops as a producer, so this was a chance to indulge and explore. Eric McGrady, meanwhile, considered how much more he could deliver as a drummer, adding layers to the thump of his past. And Emily, who admits that the process of making records has always been emotionally draining, focused on harnessing her indomitable energy, funneling her power into these songs without being overpowered by them. Dehd gave themselves runway to make mistakes and the space to make a statement. Blue Skies is their poignant, redemptive, and deeply fun testament to trusting and pushing yourself.

These 33 minutes run like a series of interconnected singles, each song so hooky and strong that you’ll be hard-pressed to name a favorite. The triumphant Bad Love is a surge of self-liberation, Emily leading the charge through an anthem about admitting your faults, seeking forgiveness, and finding a way forward. “I got a heart full / I got a heart full of redemption,” she offers at the start, a moment that suggests Springsteen writing with The Go-Go’s. A Tom Verlaine quiver to his voice, Jason takes a nighttime walk in the city as anxiety closes in during the irrepressible Stars, calming himself with a concrete reminder he’s still here. And there’s Eric’s splendid Hold, a chiming wonder with elastic bass lines and cascading piano parts that interlock beneath his hypnotic voice. He affirms the impact of simple acts of love.

But even when they sound ebullient, Dehd have never shied from troubles, the balance that has made them so magnetic. Above wafting synths and marching drum machines, Memories feels first like an electro dirge, memorializing lost friends. Such moments — and there are several clouds amid these Blue Skies — are pointed signals of our collective woe. Dehd press ahead, though, into a future that offers something else if not always something better. What hope, after all, is more dependable? They end Memories in a refrain of pure persistence: “I’m doing all I can.” Blue Skies gets real. Blue Skies never wallows. 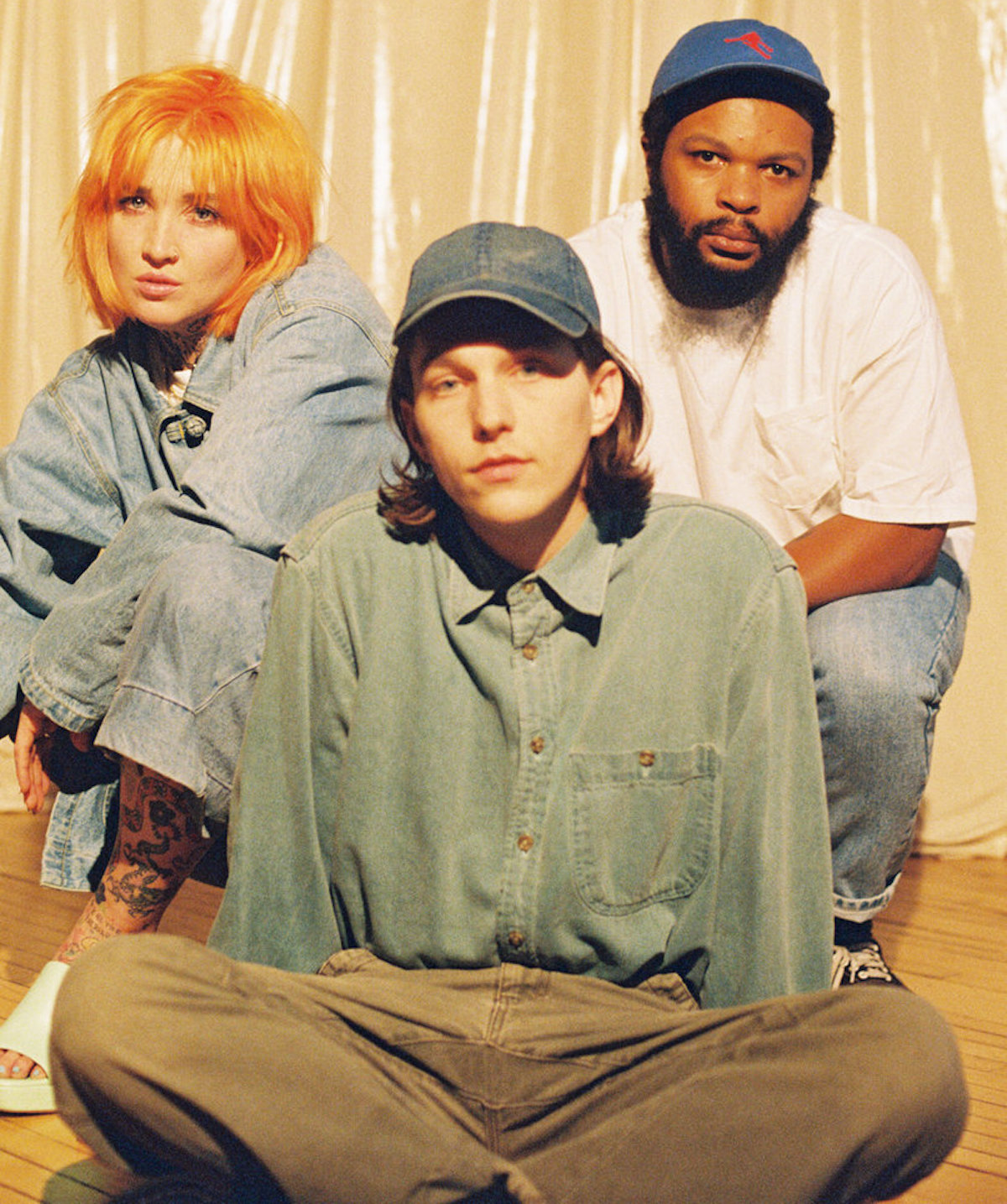 Toward the end of 2021, Dehd shared stages with Julien Baker, their first substantive chance to take Flower of Devotion on the road. Every night after their set, fans would tell the band how those songs had helped during the toughest times of the last two years. Those listeners had recognized what makes Emily, Jason, and Eric so compelling — they put their individual experiences on the page, then project them together with heart and empathy into instant hooks. Those post-show admissions could be a lot to process for the band, but they provided galvanizing confirmations that they’d made the right decision with Blue Skies. They would keep pulling light out of the dark with songs that feel so fucking good to hear right now.

The writing is sharper and smarter on Blue Skies. The harmonies and rhythms are more sophisticated and considered. The moods are deeper, the swings between them more inspiring. But this is still Dehd, just more wild and wonderful than ever before. “This is all we get,” Emily shouts with relish on the record’s last lines, during a song about the ways geologic deep time should free us all to live more. “Best to take the risk.” Heard, loud and clear.”