Wilco go country, Steve Earle pays tribute to Jerry Jeff Walker, Def Leppard bang a gong, Stars come out to play again, Liam Gallagher and his anorak are back and more — these are your plays of the week. Get it on: 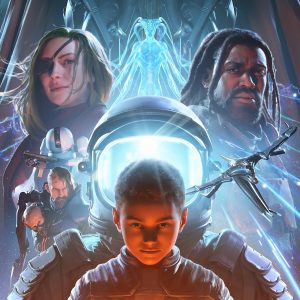 Coheed and Cambria
Vaxis II: A Window Of The Waking Mind

THE EDITED PRESS RELEASE: “Welcome back to the world of The Amory Wars, the sci-fi universe of Coheed and Cambria! The progressive rock band from New York’s new album Vaxis II: A Window of the Waking Mind is an ambitious work that spans 13 tracks and was produced by Claudio Sanchez and Zakk Cervini. Four years after the first part, it’s time to buckle up and start the thrilling journey into distant galaxies. In the second of a total of five parts of the Vaxis story, we accompany a couple on their escape from tyrannical forces and the mysterious new figure in their ranks.” 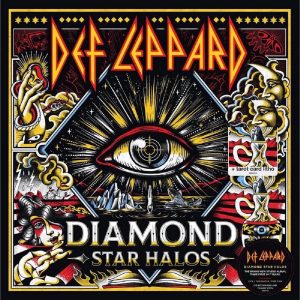 THE EDITED PRESS RELEASE: “Ready to ignite 2022, Rock and Roll Hall of Fame-inducted icons and rock music legends Def Leppard return with their 12th full-length album, Diamond Star Halos. It marks the band’s first new work since 2015’s chart-topping self-titled release. Over the past two years, Def Leppard recorded Diamond Star Halos simultaneously in three different countries with singer Joe Elliott in Ireland, bassist Rick Savage in England, and guitarists Phil Colllen and Vivian Campbell, and drummer Rick Allen in the United States. Without the pressure of timelines or a fixed schedule, they poured all of their energy into crafting 15 meaningful tracks with a mixture of classic spirit meets modern fire. Thematically, they nodded to their earliest collective influences such as David Bowie, Mott The Hoople and T. Rex, among others.” 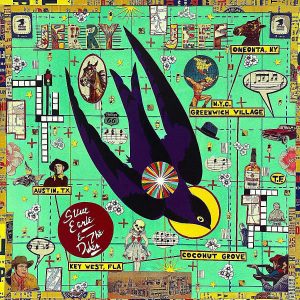 THE EDITED PRESS RELEASE: “Last June, Steve Earle traveled to Luckenbach, Texas, about an hour away from where he grew up, to play an outdoor concert celebrating the life of Jerry Jeff Walker. Walker – the colorful cowboy troubadour whose ballad Mr. Bojangles marked a new era of imaginative folk songwriting — had died at 78 from throat cancer. His wife Susan threw a party for his fans, with Emmylou Harris, Ramblin’ Jack Elliot, Jimmy Buffett all singing Walker’s songs and telling stories. After Walker’s memorial, Earle booked time at Electric Lady Studios to make a tribute album of Walker’s songs, much like he did on 2009’s Townes and 2019’s Guy, made after the deaths of Townes Van Zandt and Guy Clark. (Last year, Earle also recorded the heartbreaking J.T., featuring the brilliant songs of his son Justin Townes Earle, who died at 38 years old in 2020). Earle has said these projects were a necessary form of therapy, and they stand as some of his best records. “This record completes the set, the work of my first-hand teachers,” Earle writes in the liner notes. “The records were recorded and released in the order in which they left this world. But make no mistake — it was Jerry Jeff Walker who came first.” 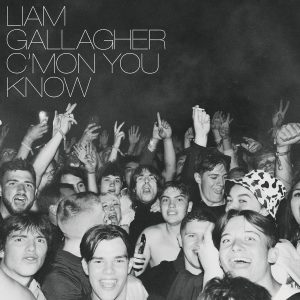 THE EDITED PRESS RELEASE: “We’ve come to expect big things from Liam Gallagher, but his plans for 2022 are biblical even by his colossal standards. He is set to release his new album C’mon You Know as he looks to score a fourth consecutive #1 UK record. C’mon You Know follows the huge success of Liam’s previous studio albums As You Were (2017) and Why Me? Why Not. (2019), which established his iconic status for a whole new generation. His MTV Unplugged also went straight to #1 Between his triumphs as a solo artist and his phenomenal success with Oasis, Liam has spent a combined total of almost six months at #1 across 11 chart-topping albums.” 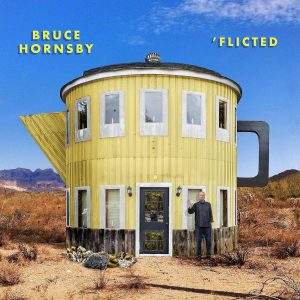 THE EDITED PRESS RELEASE: “Award-winning pianist, singer and songwriter Bruce Hornsby’s new studio album ‘Flcited was recorded in the summer of 2021 and serves as a followup to Hornsby’s acclaimed albums Absolute Zero and Non-Secure Connection. The LP completes the trilogy of song collections based on film “cues” Hornsby composed for writer and director Spike Lee. The approach enabled Hornsby to explore new stylistic techniques and work with a wide array of artists. “The album title ‘Flicted relates to this strange time in which we live, when the world is basically, well, ‘flicted,” Hornsby says. The album, which was co-produced by Hornsby and Tony Berg, features 12 tracks and includes a duet with Danielle Haim, contributions from Rob Moose and the first cover song to appear on a Hornsby studio release — Chuck Berry’s Too Much Monkey Business.” 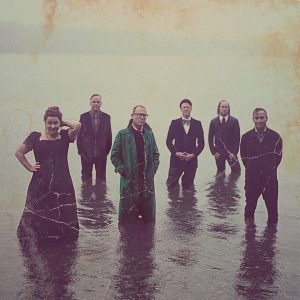 THE EDITED PRESS RELEASE: “From Capelton Hill is the first new album in five years from Montreal’s Stars, and captures Torquil Campbell, Evan Cranley, Amy Millan, Chris McCarron, Patty McGee and Chris Seligman at their very best. Their ninth album — and followup to 2017’s acclaimed There Is No Love In Fluorescent Light — was composed between Seligman and Cranley over the first half of 2020. After a first attempt to assemble the record remotely with mixed results, the band convened in Montreal to record with Marcus Paquin and Jace Lasek. McGee says once they finally gathered in a room together, everything clicked — first as friends, then as a working band. From Capelton Hill is ultimately about a group of people who have spent more than 20 years together, and who have now started to face the awful, necessary calculus each human eventually must do: when will all of this end?” 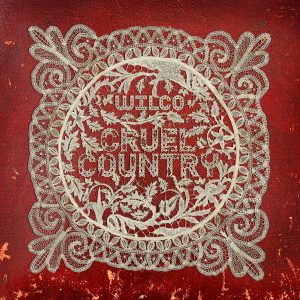 THE EDITED PRESS RELEASE: “Wilco’s new album Cruel Country is comprised almost entirely of live takes, with just a handful of overdubs, and is by frontman Jeff Tweedy’s own definition the band’s first country music album. Everyone — Tweedy, John Stirratt, Glenn Kotche, Mikael Jorgensen, Pat Sansone and Nels Cline — was in the room, playing together at The Loft in Chicago. “It’s a style of recording that forces a band to surrender control and learn to trust each other, along with each others’ imperfections, musical and otherwise,” says Tweedy. Cruel Country is an American music album about America. If you listen closely, there’s a rough chronology of how we got to the present-day U.S.A. It is an album that doesn’t shy away from troubles, and there’s no denying that we’re still living in a very troubled time. “Country music is simply designed to aim squarely at the low-hanging fruit of the truth,” says Tweedy. “If someone can sing it, and it’s given a voice … well, then it becomes very hard not to see. We’re looking at it. It’s a cruel country, and it’s also beautiful. Love it or leave it. Or if you can’t love it, maybe you’ve already left.”