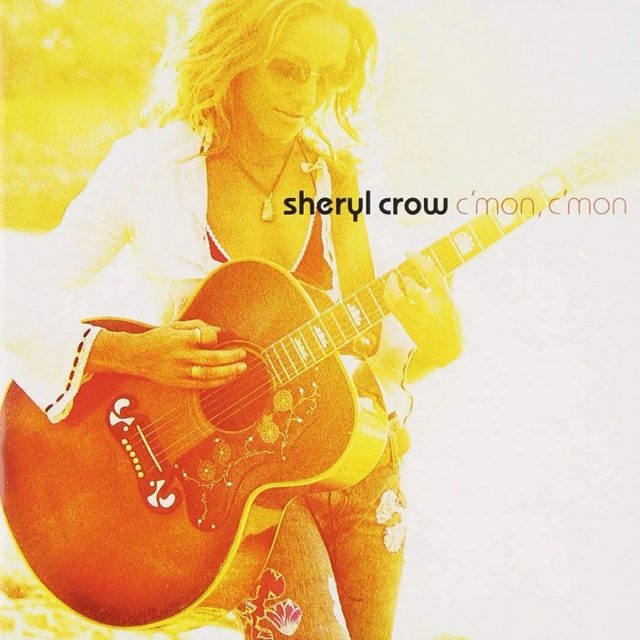 All Sheryl Crow wants to do is have some fun again.

Hey, who can blame her? The way she’s been talking lately, it seems like fun has been in short supply in her life for a while. I’ll spare you all the gory details, but judging by the interviews, it sounds like the combination of a bad breakup and a general disillusionment with the music biz left the 40-year-old songbird feeling like she’d lost her way. Smart woman that she is, though, she knew that the easiest way to get back on track is to retrace your steps right back to where you started.

That brought her — and brings us — to C’mon, C’mon, her fourth studio album. Officially, it’s the followup to 1998’s moody and stripped-down Globe Sessions, though the truth is its loose, relaxed approach and irresistible, upbeat tunes take us right back to where 1993’s Tuesday Night Music Club left off. Except this time, Sheryl’s throwing a beach party. From the sun-dappled cover shots to the jangling, summery pop inside the grooves, C’mon, C’mon is a quintessential summer album. An album about cars, fun, love and road trips. An album designed — and, I suspect, destined — to provide the soundtrack for an entire season of cruises to the lake, late-night parties on the deck and hot afternoons frolicking in the sunshine.

In keeping with that motive, Crow keeps these tracks bright, fun and playful. Opener Steve McQueen grafts a twangy guitar lick on to a loping hip-hop beat and borrows a well-placed “Woo-hoo!” from another ’70s icon named Steve — that would be Miller — to produce a funky, tantalizing roots-pop gem whose freewheeling, jubilant tone sets the mood for much of this set. Strummy first single Soak Up The Sun, the crunchy boogie-flavoured You’re An Original, the swaggering go-go fuzz of Lucky Kid and the sugary pop of Hole In My Pocket follow suit magnificently. Crow’s ear-catching production is warm and vibrant, her honey-rasp vocals are as pleasant as a warm July breeze and her lyrics are endearingly light and silly (“I don’t have digital / I don’t have diddly squat”). Nearly every guitar here either shimmers like sunshine glinting off the ocean or vibrates like heat waves shimmering off the open highway. And a guest list that includes Stevie Nicks, Lenny Kravitz, Don Henley, Dixie Chicks’ Natalie Mains, Emmylou Harris and Liz Phair only makes the party that much more inviting.

Even when Crow slows down the action for a few heartbreak ballads, she doesn’t break the mood totally. Safe And Sound and Over You have enough big rock chords to get the Bic lighters going, the title track is a jangly piece of Byrds-influenced country-rock, It’s So Easy (a duet with Henley) has a peaceful, easy feeling, Abilene has a Stonesy country-honk slide-guitar tinge to it, and the acoustic guitar ballad Weather Channel brings the night to a close with a gorgeous fireside ballad.

Of course, the great thing about summer is that the nights — and the days — last so long. And on C’mon, C’mon,Crow wants to enjoy every second of it. “I’m gonna soak up the sun,” she vows. “I’m gonna tell everyone / To lighten up.” She doesn’t have to tell us twice.