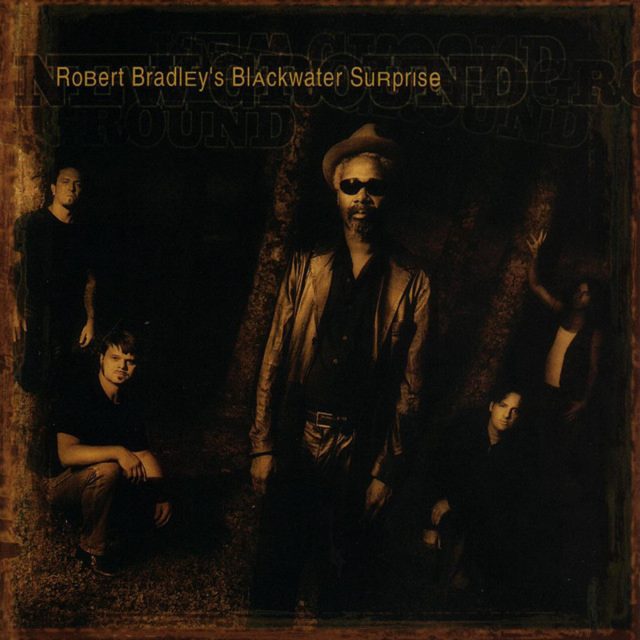 The ground isn’t all that’s new; so are the sound and most of the band.

For his third full-length effort, Robert Bradley — the blind, 52-year-old former Detroit street performer who leads Blackwater Surprise — has another bunch of young white kids acting as his new-and-improved backing band. In the process, he’s tempered the edgy, alterna-blues approach of his old records with a richer, more soulful and poppy approach. In that regard, the dozen tracks that make up New Ground do indeed break plenty of it, adding shimmering keyboards, hip-hop beats and even scratching into the mix. But it’s still the same old Bradley, still barking his lines like a mush-mouthed cross between Joe Cocker and Randy Newman and spewing his rambling, free-form lyrics like the streetcorner busker he is at heart. We hope he always will — no matter how slick his bands get. After all, some ground is sacred.