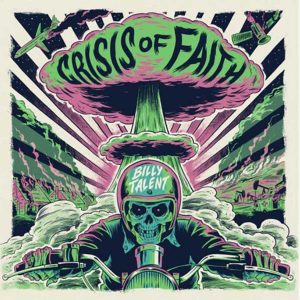 THE EDITED PRESS RELEASE: “A Crisis of Faith is what the last few years have felt like while making this record. It was made while the world was facing some of the toughest obstacles we’ve ever had to endure. It’s filled with snap shots of what it means to be human and the struggles we all face both individually and collectively as people. This record was written from the heart. From the time we set out to write and record this album to now, the journey has been transformative. You’ll hear a diverse range of sounds on this album, and lyrics that capture every emotion that we were feeling throughout the writing and recording process. This diversity represents a culmination of who we are, what we’ve gone through, and where we’re at as a band. We feel both incredibly fortunate and grateful to everyone that has followed us on our journey and to all the new people we may meet along the way. Regardless of whether you’re new to the band or have been with us from the beginning, we want to say welcome and thank you and we hope you enjoy this latest chapter in the Billy Talent book.” 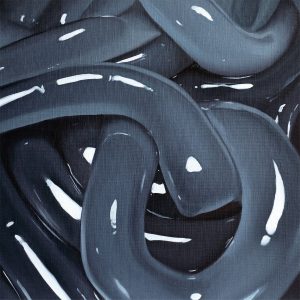 THE EDITED PRESS RELEASE: “In an effort to sublimate the negative energy surrounding everyone in 2020, legendary Japanese heavy rock band Boris focused all of their energy creatively and turned out the most extreme album of their long and widely celebrated career No. The band self-released the album, desiring to get it out as quickly as possible but intentionally called the final track on the album Interlude while planning its followup. That comes with W. The record opens with the same melody as Interlude in a piece titled I want to go to the side where you can touch… and in contrast to the extreme sounds found on No, this new album whispers into the listener’s ear with a trembling hazy sound meant to awaken sensation. No and W weave together to form NOW, a duo of releases that respond to one another. In following their hardest album with this sensuous thundering masterpiece they are creating a continuous circle of harshness and healing, one that seems more relevant now than ever and shows the band operating at an apex of their musical career.” 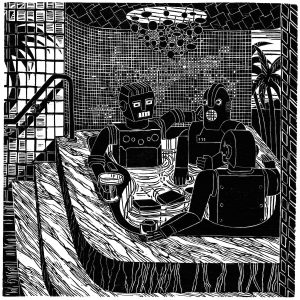 THE EDITED PRESS RELEASE (TRANSLATED FROM GERMAN): “EinsEinsEins’ Zwei is the heartbeat of digital globalization. A current that opposes the ever-same. The opium for society whose life is constructed of ones and zeros. EinsEinsEins have discovered their voices on this album. You use pop as an instrument of critical observation. The album awakens a compulsive desire of the one, the two. They are never ashamed of using big melodies that are thrown energetically into the world. The album moves outside the concept of genres. A term deliberately misunderstood by EinsEinsEins. No piece is like the other and yet everything is one. Graf Zahl initiates the journey. A feeling of departure arises. Plastic Love brings The Model into the 21st century. Gasetageheizung and Regit Etarak challenge. Passive listening becomes impossible. Nachtigall and Nur Fuchs release the tension and catch the listener like sirens. At the end there is a beginning again.” 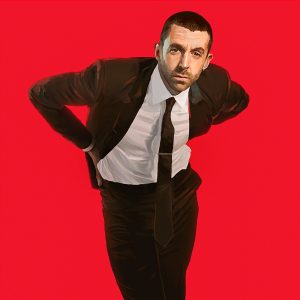 THE EDITED PRESS RELEASE: “Following a chance no-frills session with psych-rock duo Sunglasses For Jaws at the band’s Hackney studio, Miles Kane’s fourth solo album Change the Show really began to take shape. “I saw myself in their energy, but also their taste and their knowledge of music,” Miles explains. “It was the first time I’d felt old! This album was born out of an intense period of self-reflection; having all this unexpected time on my hands. “I wrote songs about big highs, big lows, daydreams, true friends and deep feelings. I learnt to let the future unfold of its own accord, while staying true to myself and that has led to what feels to me like a really uplifting album!” 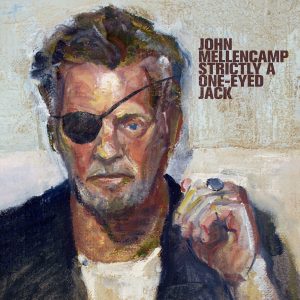 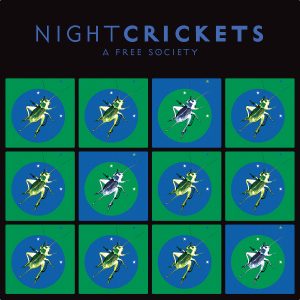 THE EDITED PRESS RELEASE: “Foundational bands in the history of alternative music certainly include Bauhaus, Love and Rockets, and Violent Femmes. San Francisco-born artist Darwin Meiners was a fan of all three. A chance meeting 13 years ago with David J (Bauhaus, Love and Rockets) grew into a friendship, and Darwin not only became a bandmate, but David J’s manager. After reaching out to Victor DeLorenzo through e-mail, Darwin met the Violent Femmes drummer after their Coachella set in 2013. As the pandemic took hold, Darwin was looking for a new project to occupy the lockdown time and approached Victor, who was keen to proceed and suggested that David join as well. The musical trust established among these three was immediate, and Night Crickets were born. Within weeks, a global process was initiated. According to the band, their collaboration was a “long-distance groove conducted during the drawn-out days of lockdown and beyond. Audio files shared from Los Angeles to Milwaukee, from London to the San Francisco Bay; the ghosts of Candlestick Park shimmer through the fog, the Devil comes a-knocking on Peter Laughner’s door and Amanda Gorman conjures forth words of inspiration for the dawn of the new millennium.” 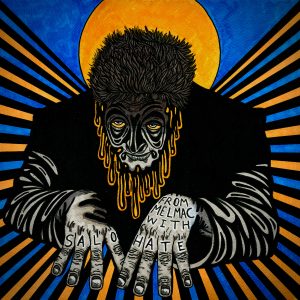 Salo
From Melmac With Hate

THE EDITED PRESS RELEASE: “Salo are a trio coming from Lyon’s seedy underbelly: it’s the satisfying grime at the corner of the mouth and the blank stare that comes with an abundance of sleepless nights. Swaying between the lightning speed of high-class garage noise-rock and a visceral punk attitude, Salo lay down, not without class nor success, an important stepping stone in the haven of skin-deep music with its new album From Melmac With Hate. In the big game of influences, although perfectly assimilated, come to mind the flair of Thee Oh Sees, the aggressiveness of Metz and the pub-crawl swagger of The Fall.” 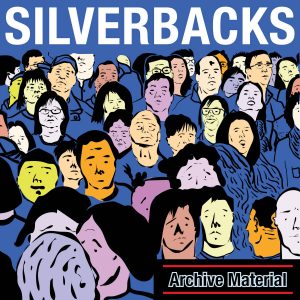 THE EDITED PRESS RELEASE: “In years from now, anyone seeking to make sense of what life was like during a global pandemic should extend their research beyond the newspaper clippings and dive into the art produced during the period. Archive Material — the aptly titled second album by Dublin-based art-rock quintet Silverbacks — will make for a particularly illuminating listen on the subject. Capturing the absurd mixture of monotony and creeping disquiet experienced by many of us this past 18 months, it’s simultaneously sobering and wickedly droll. Archive Material only cements Silverbacks’ status as one of Ireland’s most fascinating bands. Recorded at Dublin’s Sonic Studios in November 2020, with Daniel Fox undertaking production duties once more, it finds the band leaning into their early influences, delivering idiosyncratic indie-rock packed with intricate, Tom Verlaine-esque “guitarmony”. Other reference points for the record included Neil Young, Weyes Blood and Bradford Cox and Cate Le Bon’s collaborative record Myths 004.” 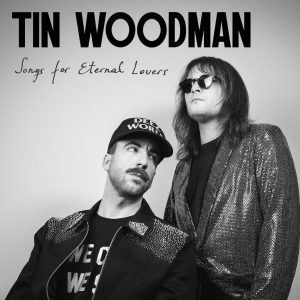 THE EDITED PRESS RELEASE: “Songs For Eternal Lovers is the new album by Tin Woodman. The “songs for eternal lovers” contained in the second full length record of the Italian project — formed by Simone Ferrari (Simon Diamond), Davide Chiari (Dave The Wave) and obviously Tin Woodman, the robot landed from the secret city of Wautah in order to become a rock star — are 12 indie pop-rock shots for a journey that explodes as many blows to the heart. Looking both at sound landmarks of the past and at current contaminations, in a return to the future from The Beatles to Run The Jewels, Songs For Eternal Lovers is as eclectic as it is catchy, and hides a great work of songwriting, arrangement and finally of “synthesis”. It is thanks to a long work in progress that the record, despite its compactness, has turned into a mine of potential killer singles of those that are hard to find nowadays. Songs For Eternal Lovers is a sort of retro-futuristic amusement park where Tin Woodman partially left their vaporwave mood to increase the glam elements and achieve completely new results. According to them, “The empathy between harmonies and lyrics had never come out so well from our songs. We have put together many influences but above all we have experimented with personal ideas that can only be traced back to us.” 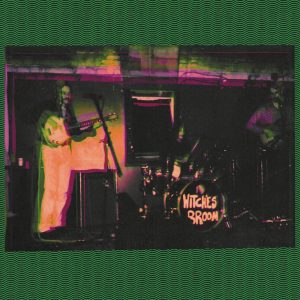 THE EDITED PRESS RELEASE: “Recorded by the band direct to eight-track tape in a basement behind a cemetery, these nine timeless teenage anthems and jukebox rippers tackle love, lust and drugs with a counterculture sneer and trickster’s wink. Fueled by Savage Sam’s fiery guitar and Farfisa leads, vocal snarl, and arsenal of self-built custom analog effects pedals, the trio offers fresh and lucid hallucinations of various Seeds-y, Fugs’ed up strains of American underground rock and freakbeat rave-ups at the farthest edge of the British Invasion. Crucially, the group laces each composition with more than enough personality to ensure that this joyful noise couldn’t be coming from anybody else’s garage. An upbeat singles band to the core, they save their lone improvised psychedelic jam for the end of midtempo closer Watching — a glimpse at the wild abandon of the trio’s facemelting live shows.” 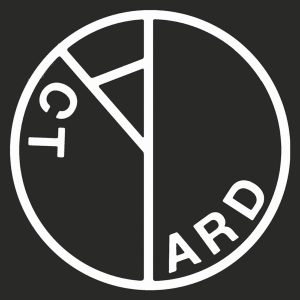 THE EDITED PRESS RELEASE: “The Overload is a record of great dexterity and curation, the output of a band who were raised on a ’00s digital-revolution buffet of wide musical influences. Growing up on U.S. MTV, hip-hop, minimal ’70s No Wave and sharp-witted British indie, Yard Act benefit from this rich tapestry of musical near-history, using it to create something that feels like more than a trendy pastiche. While time-travelling in parts sonically, The Overload weaves a very-2021 storyline. The group made the decision early on to leave Fixer Upper and Dark Days off their album debut (“it sounds arrogant, but we felt we had enough good songs without ‘em”), but the joyous specificity of their early lyrical observation is still in fine evidence, plotting a visceral, satirical journey through capitalism and greed. Across the album’s 11 tracks, an unnamed character finds himself in quite the financial pickle, ricocheting from desk job to desperate illicit activity to police investigation, before culminating in the kind of half-cut personal epiphany that even the most law-abiding among us could relate to. Bookended by cheeky cameo’s from Fixer Upper’s Graeme and a clear structure of four parts, there is no getting around it — Yard Act have written a soap opera.”